Hachi had never seen so much snow from one storm before this one He wasn't so sure about frolicking in the unpacked snow at first. Look at those wide eyes. 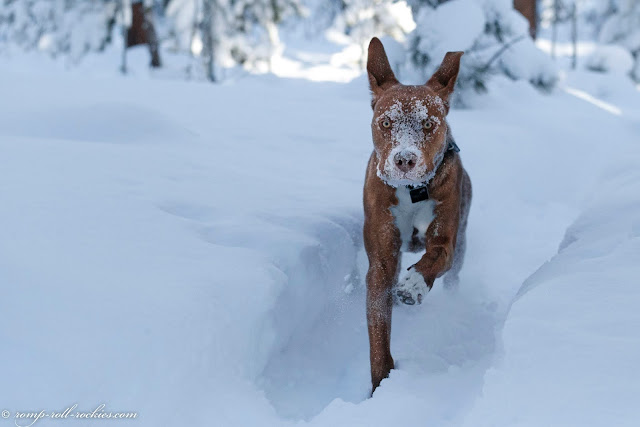 Then, I subjected him to his sister to help him loosen up. She schooled him. She is not meek when playing. 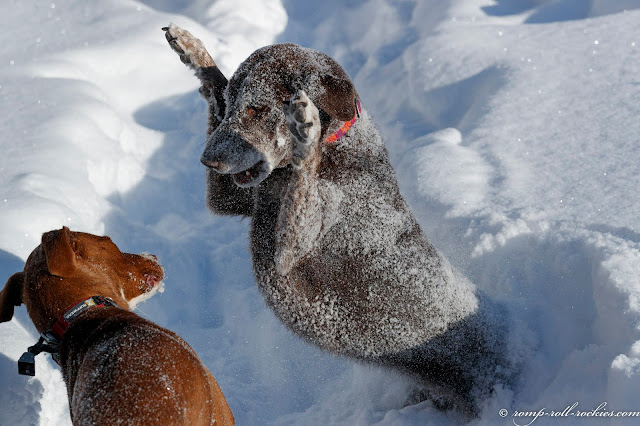 The amazing part (to me) is that Hachi has never gotten upset about her crazy play. 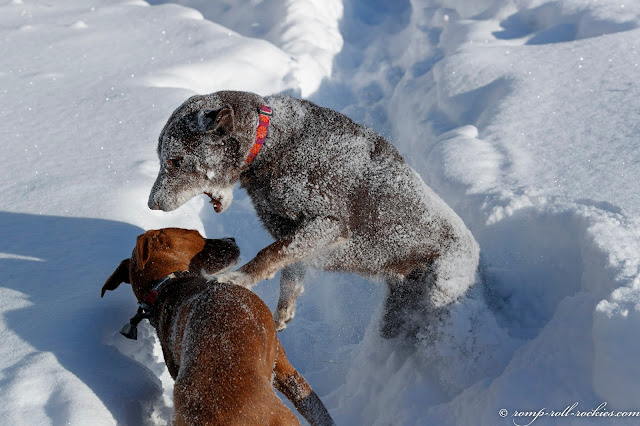 After some chasing and wrestling with Shyla, Hachi started to loosen up and look happier about the snow. 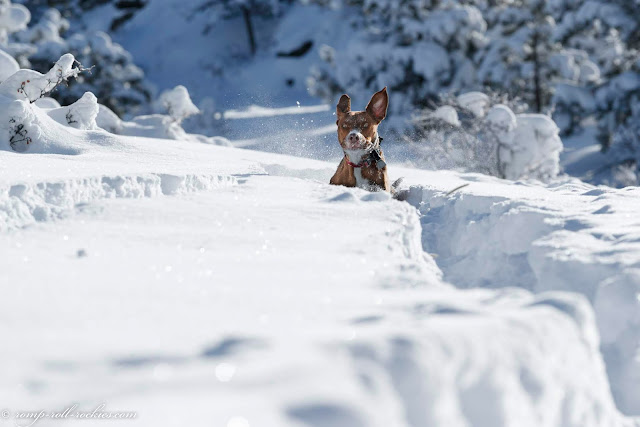 He and Shyla stopped to observe something but I couldn't spot what it was. 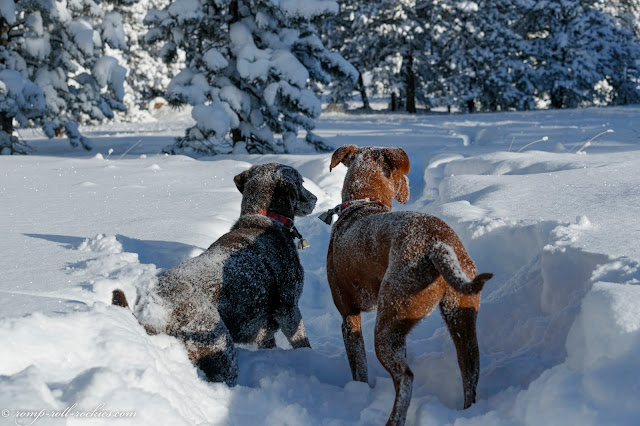 Soon I spotted the giant. 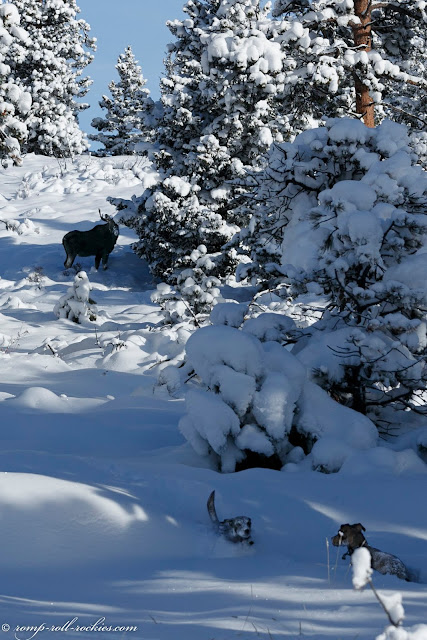 That put an end to off-leash play but the pair was smiling with the fun that they'd just had.

Hachi had a really good week until the end of it. He was getting along beautifully with Shyla and never got upset with R. But then, he had a bad 24 hours (just like last week). He had an episode of resource guarding against R during which he launched himself at R during a snowshoe hike. No one was hurt. A couple of stressful things had happened earlier in the day (including 90 mph winds outside and people visiting the house) - and those stressors may have been part of set-up that led to the bad event.

Our counter-conditioning for wearing a coat and for handling his legs is going really well, and I'll share a video of it soon.