It's been a bit of a hard week for our Black Dog. He's showing signs that the last of his vision is truly gone. He's been getting stuck in places around the house and he calls for help by barking. We help him move through the house to where he wants to be. As he walks, he appears to be feeling the ground in front of him with his toes.

I have no doubt that he'll adapt, and we'll learn how to better help him. For example, we are thinking about marking his common routes in the house with an essential oil so that he can follow his nose.

We played one of his favorite games outside today - the treat on his nose game. Don't worry - it doesn't seem to involve much vision for him to snarf a treat from his nose. 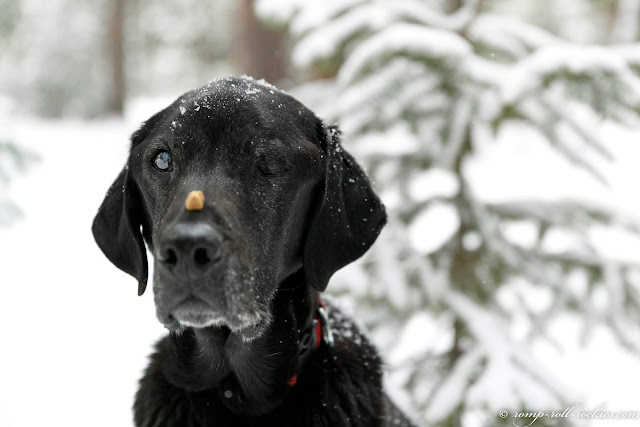 When I said that it was time, he launched the treat, and it really looked like he was about to snarf it. 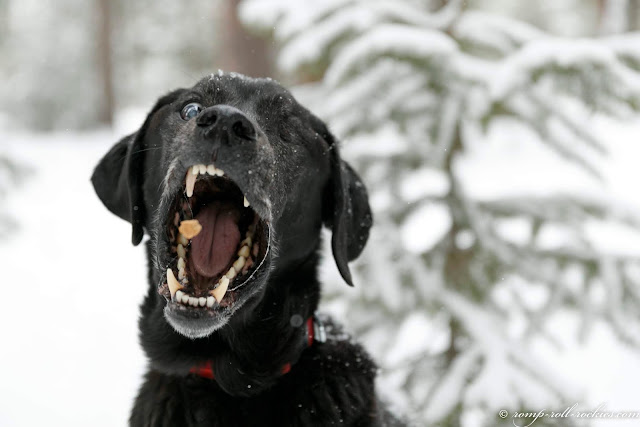 But, he just barely missed. Nonetheless, I adore the look on his face! 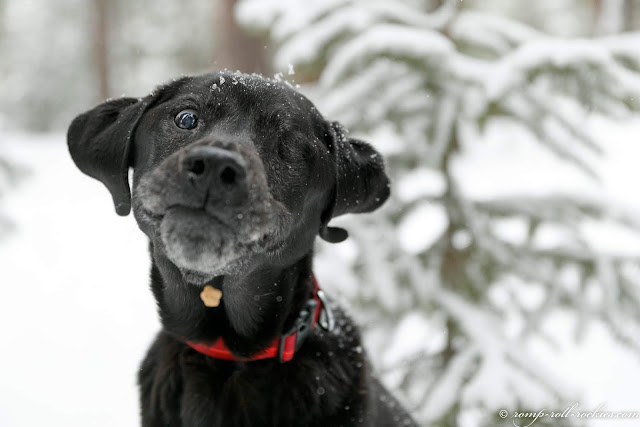 He's played the game so many times over his lifetime that he has the motion and timing memorized - and I think that he can do it almost as well without vision.

Our Black Dog still seems happy and enthusiastic about life. His blindness is harder for us humans to handle than for him. I expect that his confidence will return much sooner than we might think.

Our Black Dog makes me smile every single day.
Posted by KB at 4:00 AM