Do you remember a year ago? I sure do. It was the day that we met Hachi. He was said to be eight weeks old, freshly rescued off of city streets with his mom and surviving littermates.

He was cute enough to melt everyone's hearts. And he was tiny. If you look to the right of his snout - that's a human finger. The growth charts said that he'd end up 20-something lbs. He's about 50 lbs now. We think that either he was much younger than we thought or he was malnourished (or both). 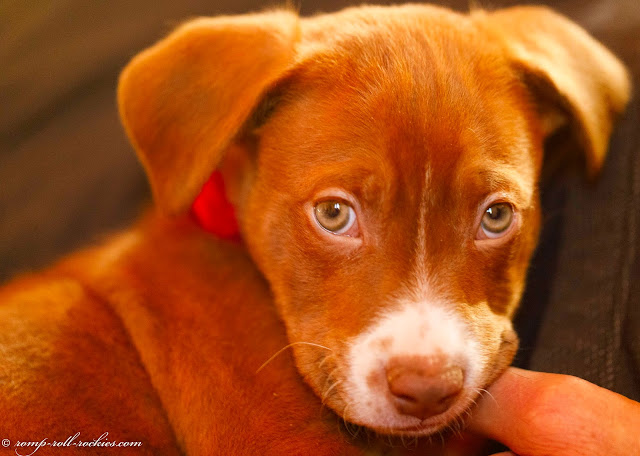 He was very afraid but that's normal on a puppy's first day in his new home. This was our first attempt at a little walk with him. He wasn't interested in leaving the porch. 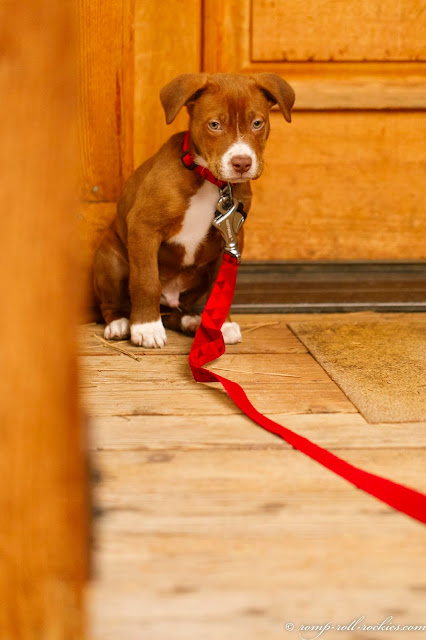 He loved his first toy, a stuffy that was about twice his size. He wrestled with it and looked so darn cute. 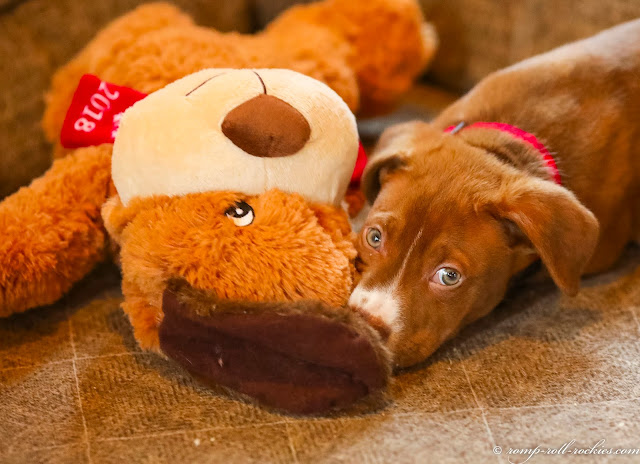 Fast forward a year - and he is a big strong dog. He's still afraid of the world but he's getting a little better with each passing week. Now that we understand his issues, we can help him. 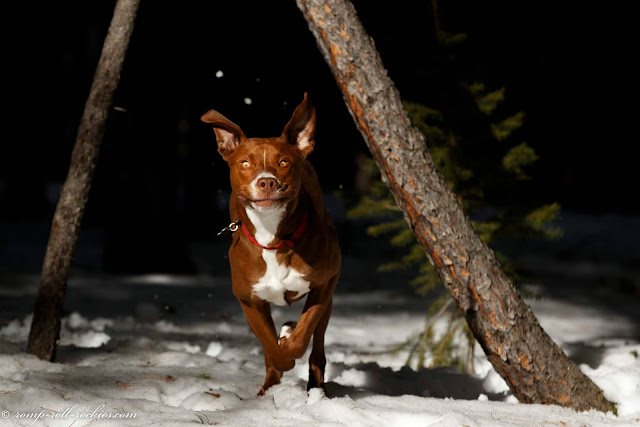 When we met him, we had no idea what the coming year would hold. I won't lie - it's been a rough year with lots of worries. The amazing thing is that I feel as if all of us are coming out of the year stronger than we started it. Hachi is gaining confidence, and we are more bonded to him than ever.