Our multi-colored yearling bear cub was exploring like crazy around the middle of last month. 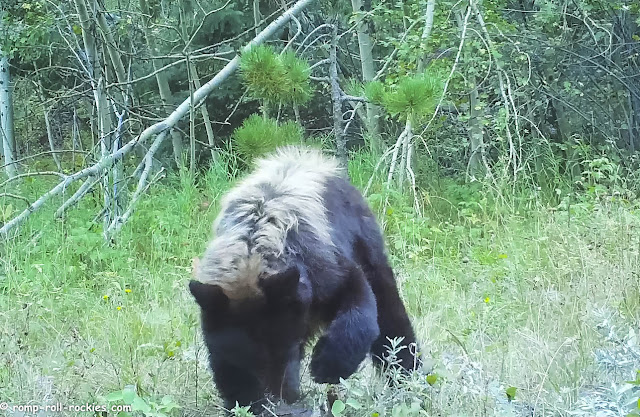 A bobcat had marked in front of my trail camera, and the bear cub went crazy over the scent. He sniffed and sniffed. Finally, he started rolling in it. He's still a goofy youngster! 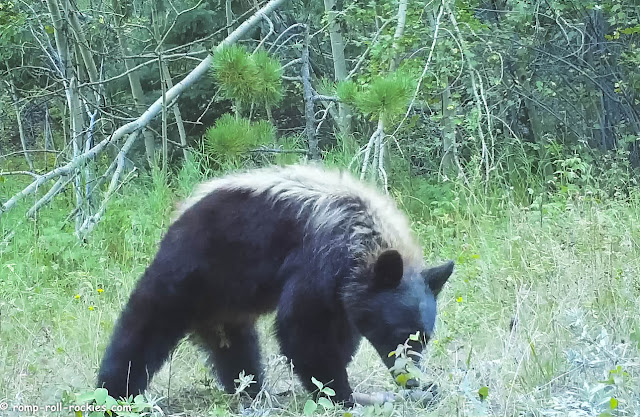 He finished at that site by marking a tree that no other bear has ever marked. The usual marking tree is directly behind the cub in the above photo. It's a broken pine sapling that the bears have ravaged. 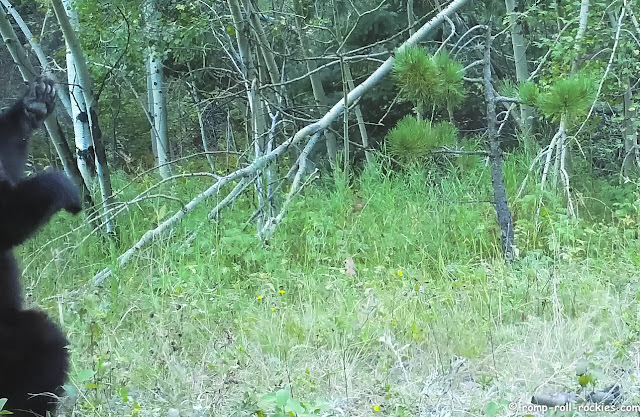 The cam is now set to get footage of bears marking the same tree as the cub... We'll see if anyone else chooses to!

Next, the bear cub headed for a leaning tree that bears have marked a zillion times this year. He couldn't reach unless he climbed... so this acrobatic cub did climb! 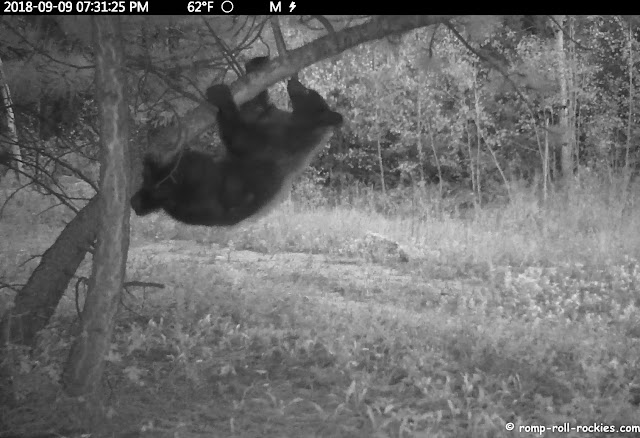 He hung from the tree before letting go. 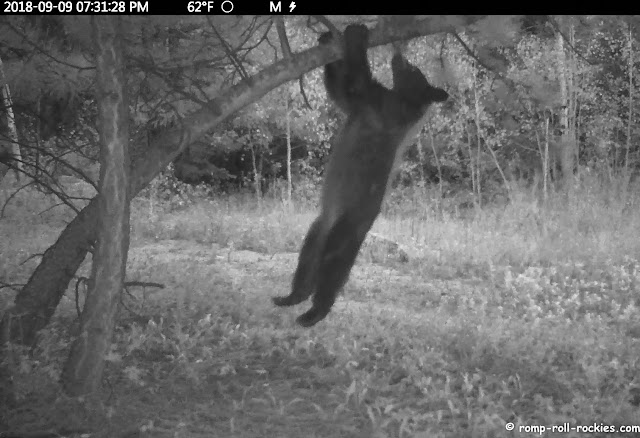 For contrast, here's a photo of Tiny, our biggest male bear, at the same tree back in June. He didn't even stand up to sniff the tree trunk where the little bear had to hang from the trunk to sniff. 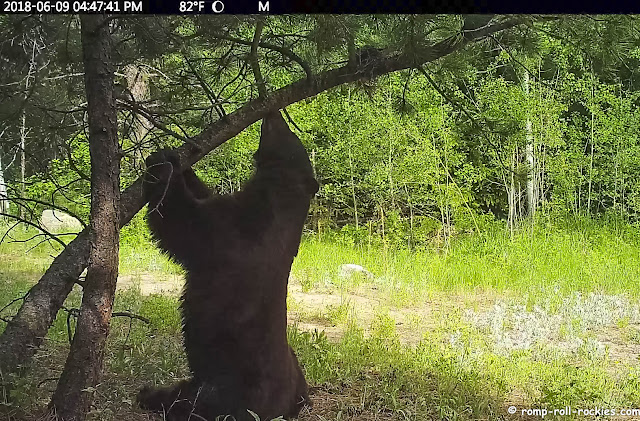 Soon, I'll have some news of Tiny for you... he came back to our area early this year. Every year, he leaves after mating season to fatten up, and he usually returns in November or December to go into a den. He's already here this year.

Here's a video of the yearling cub as he moved through our area, sniffing and marking trees. The last sighting was 9/18... but I'm hoping that we get another peek before he goes to sleep.