Tiny, the Black Bear, is Injured

Near the end of August, a very big bear showed up in our neck of the woods limping badly. At first, I didn't recognize him but I slowly had to accept who is was - Tiny - our biggest black bear who has ruled our forest for a long time.

He is the biggest black bear who I've ever seen. 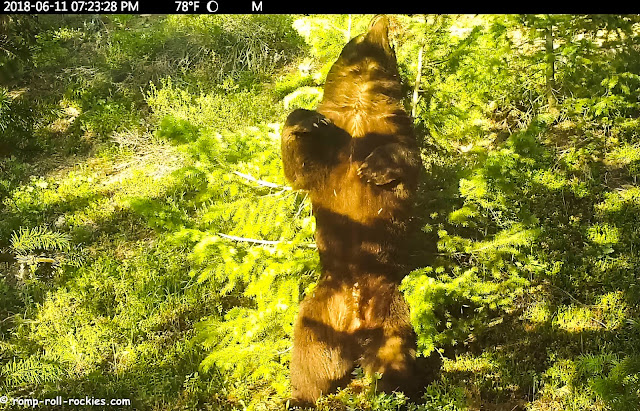 He has a way with the sows. Mohawk, our youngish sow, is the blacker bear on the left. Tiny was letting her push him around. The two were traveling together during mating season. 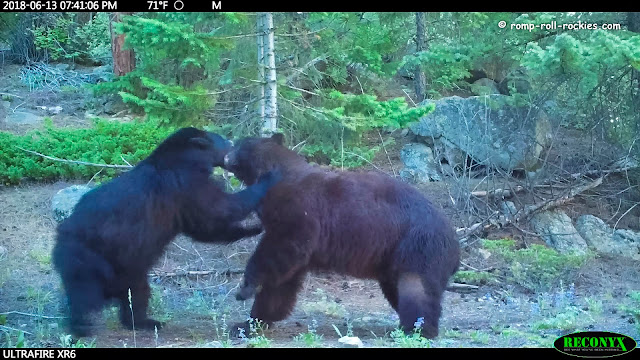 During his courting of Mohawk, Tiny took a break in a small water pool 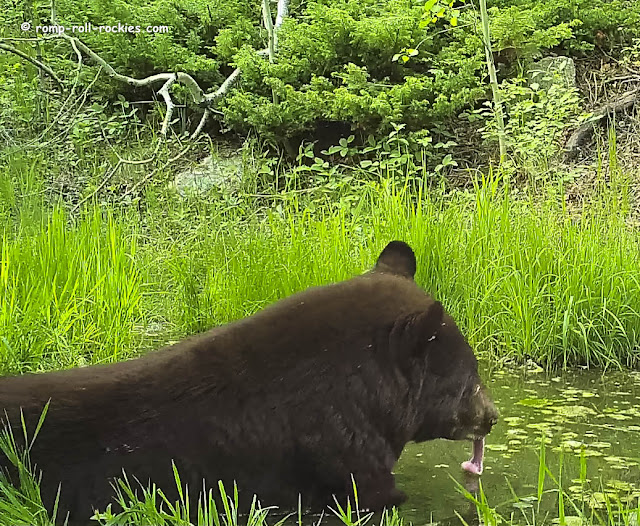 The last time that I saw Tiny in the first half of the summer, he took a mellow swim. See it in this short video.

Every summer, he disappears for a while after mating season. I assumed that he was traveling throughout his range searching for food. Most years, he'd return to our area in the fall, remaining active until far after most other bears had retired to their dens. He also returned incredibly fat, ready for a long winter without food.

This year was different. Tiny returned in late August, and he was nowhere near as fat as usual. As he began to walk in front of my trail cam, I found out why. He was not bearing any weight on his right hind paw. I caught two short clips of him tripedally walking before he disappeared.

At the end of the video, you saw him walk up the steep hill without using that hind paw. I am hoping (guessing?) that he went straight to a den to save energy and begin to heal. If we're lucky, we'll see him again next spring.

I am very sad to see the magnificent animal injured. I will be watching for him next spring.
Posted by KB at 4:00 AM