In September, a bobcat and a mountain lion each visited the same marking area within a few days of each other.

This time, the bobcat arrived first so he wasn't terrified by the mountain lion scent. 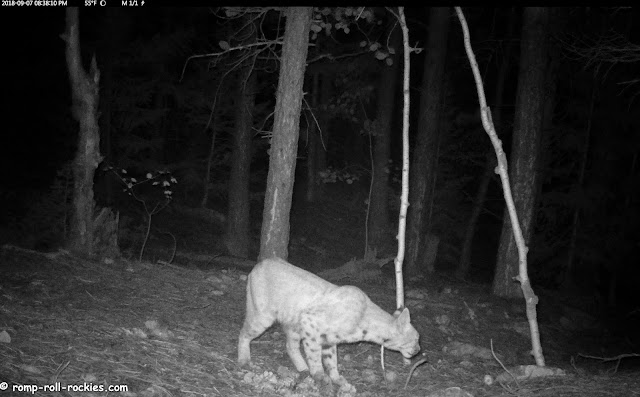 After sniffing a bit, he began rubbing his face and body on a small aspen trunk. He did it so gracefully and reminded me of a domestic cat rubbing against the furniture or a person's legs. 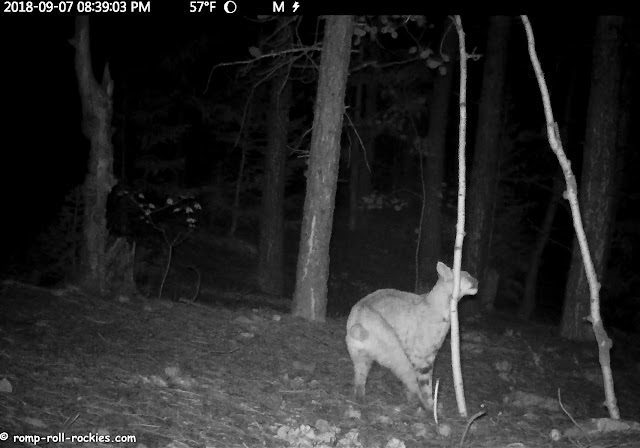 The bobcat then decided to use the trail cam to take a selfie! Or, he got intrigued by my scent on the camera. Either way, the resulting photo and footage was fun. 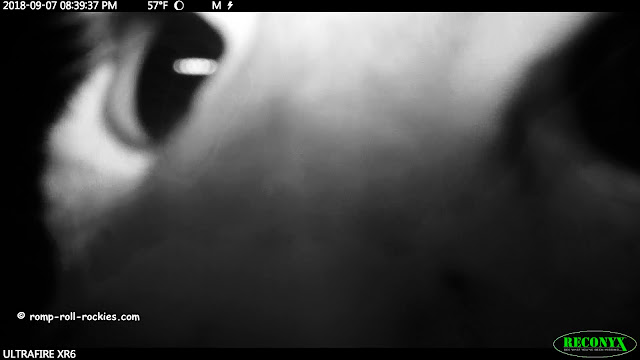 A few days later, a mountain lion came through the same spot. He sniffed the air, opening his mouth as he sampled the air. That's called the "Flehman Response", which often is triggered by the scent of pheromones from other cats. It lets a cat do a combination of smelling and tasting the pheromones to get more information about them. In this case, it might have been the bobcat who left the scent that caused the mountain lion to respond in this way. 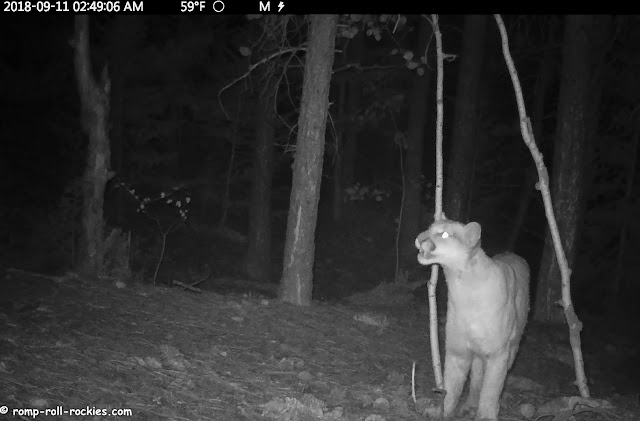 Then, the mountain lion closed his eyes, perhaps contemplating the scent... 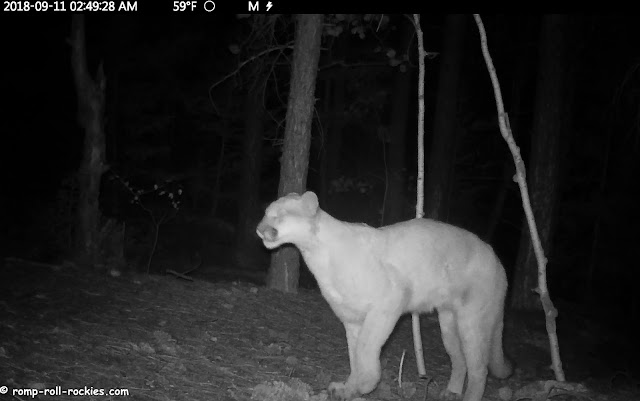 I put the footage of these two animals together into a short video. Happy Caturday!