The crazy energy inside an elk herd during the rut, including bugling

Elk mating season is iconic here in the Rocky Mountains. Big bull elk posture to gather as many cow elk into their harems as they can. Part of the posturing is the eerie high pitched bugles of mature bull elk. While bugling they usually adopt the unmistakeable pose shown in the next photo. 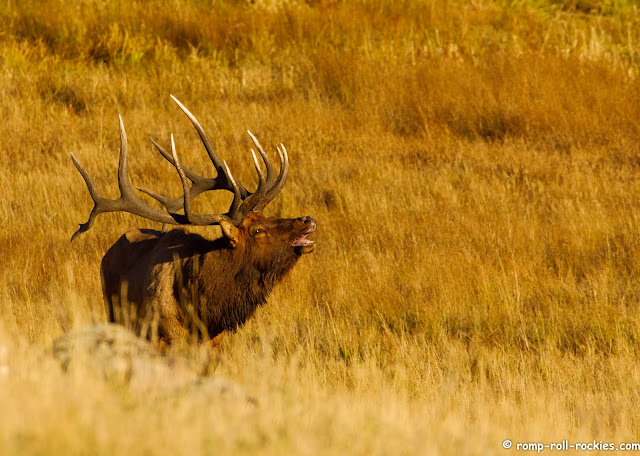 Rocky Mountain National Park is a great place to watch the rut. The animals are not hunted there, and consequently, they tolerate people watching them. Also due to the lack of hunting, the bulls are huge there!

We went to observe the elk at the park a couple of times this fall, and we watched huge bull elk from very close. This guy was incredibly successful in attracting and keeping the cow in his harem. 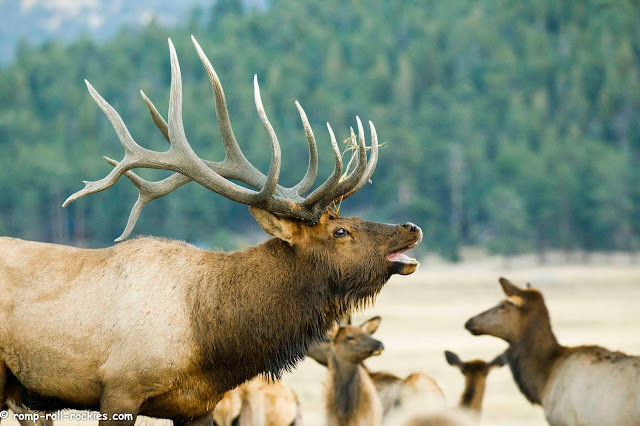 At one point, he decided to drag his antlers through the grass. It's part of the mating ritual. And then he ate grass while he had grass hanging from his antlers. 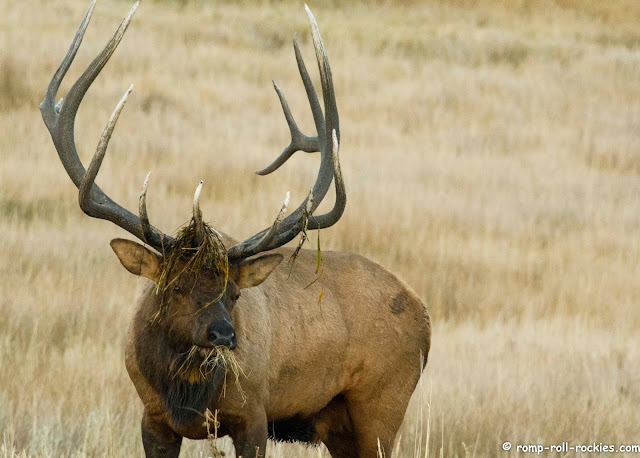 One of his cow elk looked at him with puzzlement. 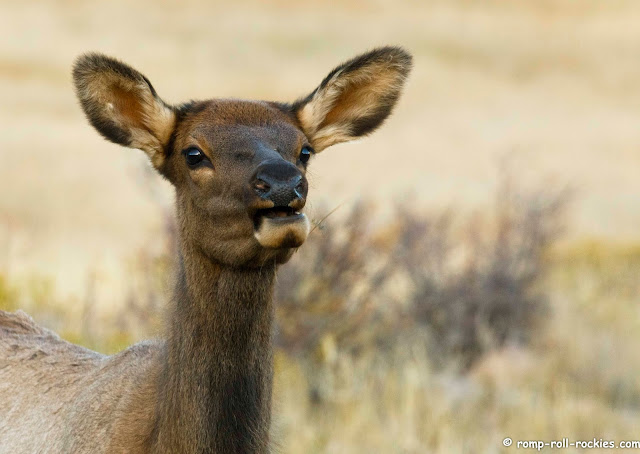 While I took most of my elk photos at the Park, some elk were closer to home. I captured their activities with my trail cam. I made a short video of an elk herd  who was foraging in a pond. Multiple bull elk were nearby, and they were bugling. Moreover, the herd was jumpy and suddenly fled as a herd a couple of times in the video. If you want to hear the bugling, be sure to have your sound turned on.