I have always loved R's eyes. They glow deep brown, standing out against his black fur. More than anything, his eyes are so expressive. I can see how he's feeling by looking into his eyes. 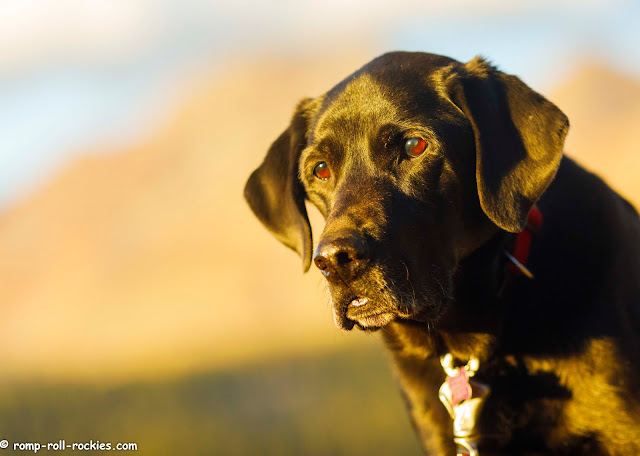 He's always been our SuperDog - the dog who can spring into the air and fly as if gravity doesn't affect him. 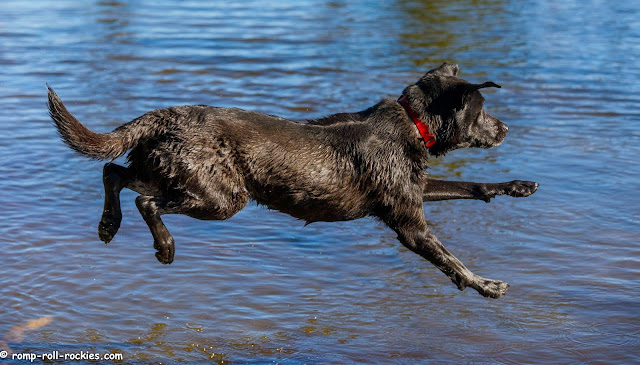 His elbow CUE surgery, now 2.5 years ago, preserved his ability to run and jump. 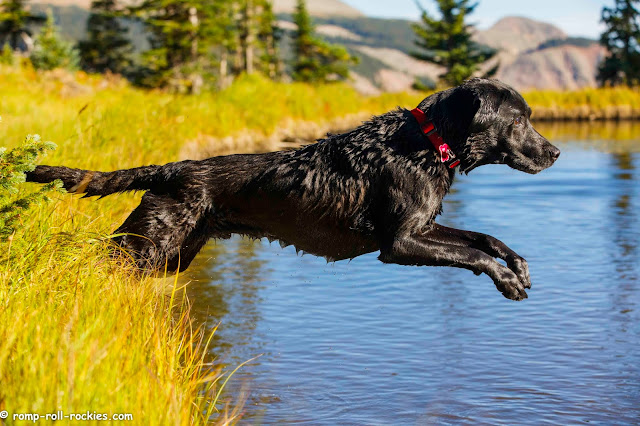 His over-the-top enthusiasm for running, leaping, and retrieving has always made us grin. This is R demanding that the ball be thrown into the lake for him about a month ago. 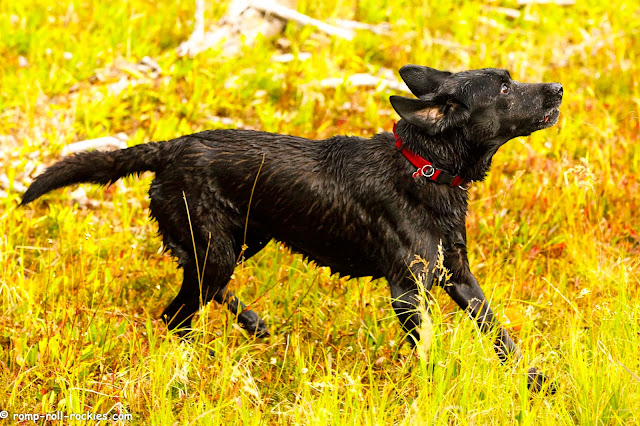 The end of each play session at a lake is similar - with him saying "please, please, please... just one more throw!". You can see the intensity and intelligence in his eyes. 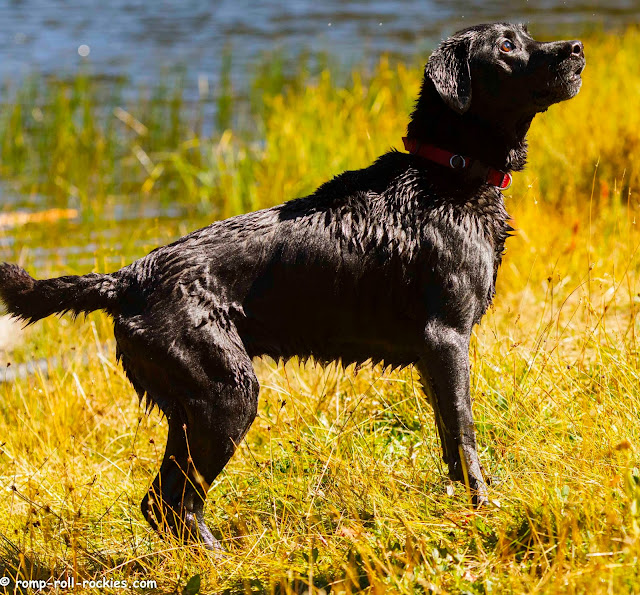 Now, we are facing a probable big change in his life. In what feels like an instant, he's blind in one eye. The type of glaucoma that he has always affects both eyes. We are treating his good eye to try to slow the deterioration but we know where we are headed. So, we watch him incredibly closely to try to see signs of how vision loss is affecting him. Of course, we can see how his behavior has already changed due to lack of vision - but he's still an exuberant dog.

I've read that it will help him if we can teach him various verbal cues before he goes completely blind. These cues would be things like "step up" and "stop" to alert him to dangerous things in his environment. I haven't had the heart to start on them yet. Also, I'd like to resume nosework with him because it's something that he likes... that he can still do when he's completely blind. That's on my list of things that I'll do when I accept where we're headed.

The Runner has an idea for how to make a beeping retrieving object so that R can keep leaping into lakes and bringing back toys. That's one aspect of his life that is already affected by his vision loss. I hope that the Runner's idea works because it would make us all smile. 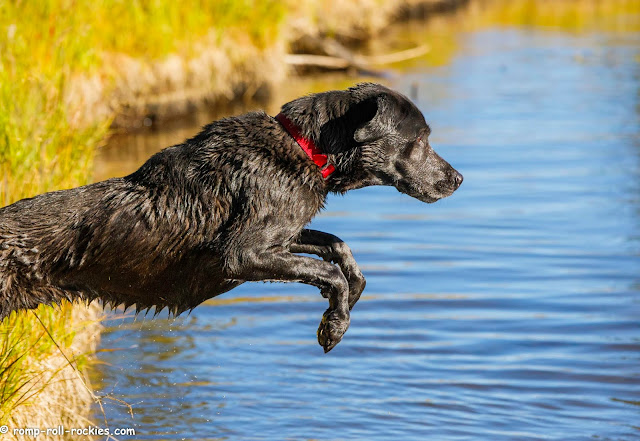 So, we are in a phase of contemplating and trying to accept the cruel truth of glaucoma. However, we suspect that R is way ahead of us in accepting and coping with it because he's still so happy. There will undoubtedly be big changes to our life as the disease progresses but now is the time to make the most of each day. In other words, we want to imitate R's life outlook!
Posted by KB at 4:00 AM