A Meadow that is Paradise for Wildlife

I've been wanting to share some peaceful scenes from a meadow that the wildlife think is paradise. It is a windy and very cold spot but that doesn't seem to affect the coyotes or elk. You can hear the power of the wind in some of the clips. Despite the howling wind, the animals love it.

Lots of coyotes traversed the meadow over the past month. They trotted or galloped past my camera one-by-one. This one is headed past the den that the pack used in past years. You can see where it is because there's a broken branch sticking up from the snow. 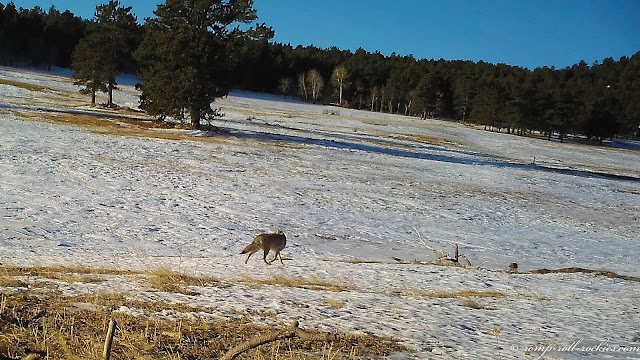 February is the usual coyote mating season. It will be interesting to see how their behavior changes during mating season and then as they prepare for pups to arrive in about April.

The elk also enjoyed this meadow over the past month. My cam recorded lots of small groups of elk grazing and relaxing. However, I chose a clip of many elk galloping into the middle of the meadow to share with you. The sheer power of the herd awed me. 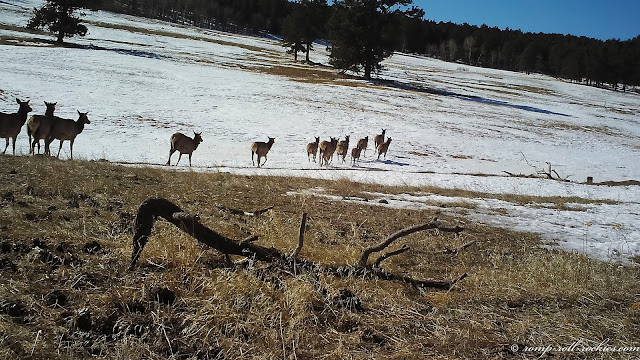 You'll see in the video that they formed a tight group after they arrived in the middle of the meadow. That usually means that something scared them into fleeing. If it were a predator like a mountain lion (not likely in broad daylight in a big open meadow), you can imagine how all the elk being very close together would be safer. 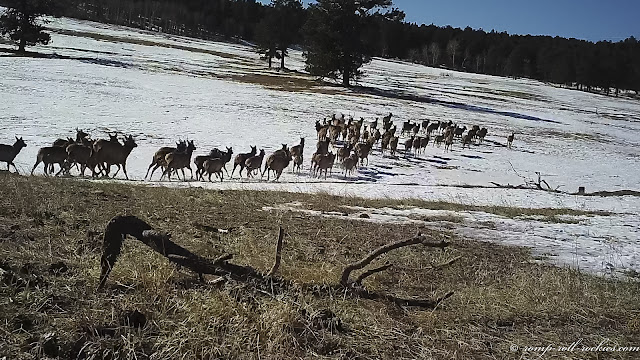 Check out the video if you have time!