Juvenile and Adult Golden Eagles at an Elk Carcass

I am still over the moon about the footage of Golden Eagles on the elk carcass (Part 1, Part 2). As an aside, I just discovered that I have footage of the feline character who killed the elk but that's for another day.

When I first saw the two Golden Eagles, I hoped that they might be a breeding pair. An expert reader pointed out that one of the pair was a juvenile. This photo is of the juvenile - who has the characteristic white feathers on his tail that indicate that he is younger than "several" years old. 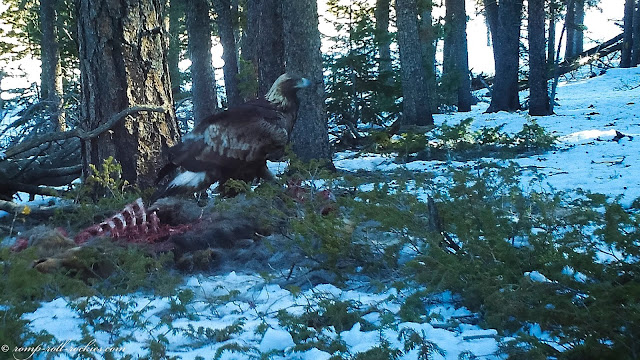 The other thing that the reader pointed out was that the juvenile was forced off the carcass by the adult. In this photo, the adult (closer to cam) has just swooped in landing almost on top of the juvenile. You can see the white feathers of the juvenile's tail to the right of the adult. 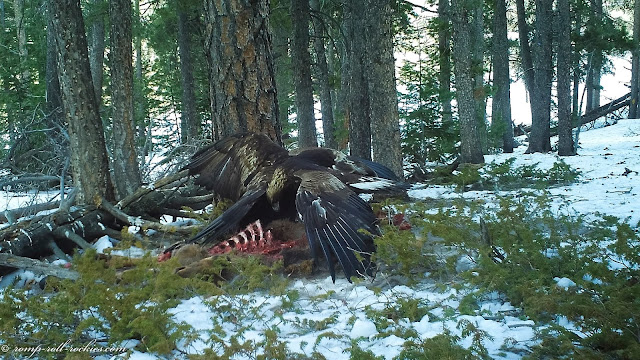 Juvenile Golden Eagles usually leave the area where they were born to settle someplace else by November of the first year of life. So, this juvenile may be settled here for the long-term. That's good!

Here is a video of another set of interactions between the two Golden Eagles. Enjoy!