It's been a good couple of weeks for Hachi, despite him having to cope with the obliteration of our normal routine due to the flu. Things are very slowly returning toward normal.

We finished up our rehabilitative play course, and I learned so much. Hachi loves to play and so do I. It does seem to "lighten" Hachi's attitude toward unexpected happenings so he can think.

Daily play will stay a part of our lives, and I bet that it makes a big difference for Hachi over time.

The only "not-so-good" aspect of the past couple of weeks has been that R has accidentally wandered straight into the side of Hachi's ex pen a couple of times. It's totally due to his blindness. R gets flustered, and Hachi gets scared. I think that we've mostly solved it with a guiding runner carpet to lead R past the ex pen.

This morning, Hachi went with me for a sunrise fat bike ride. It was super cold and windy but we played a bit. Hachi glows so brightly in the sunrise light! 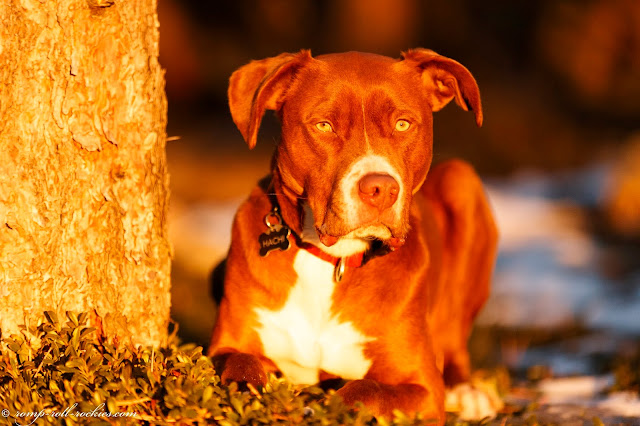 I had to keep him moving so that he didn't get too cold (meanwhile my fingers were turning into blocks of ice). 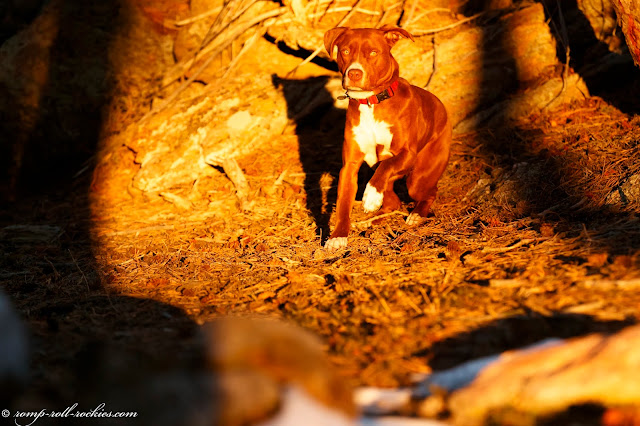 He's a really fun and cooperative guy. He was somewhat scared because it was so new to him. He isn't used to being out with me at sunrise. I hope that we can keep doing this occasionally so that it becomes more relaxed for him. 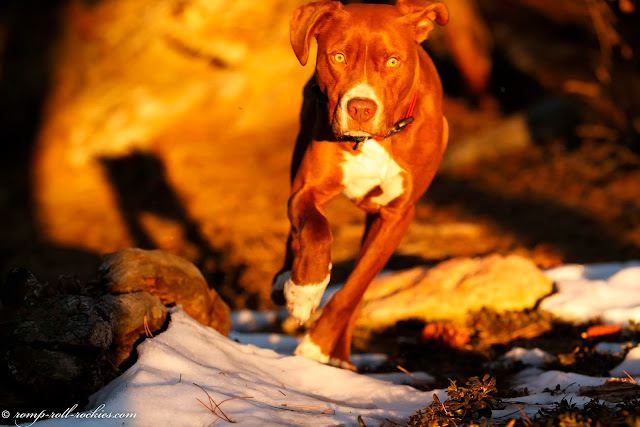 I am feeling quite hopeful for our Hachi. In general, I think that he's feeling a bit less worried about life.
Posted by KB at 4:00 AM