Our Black Dog has had a good winter week. He adores the snow. Perhaps his favorite part is rolling in the snow but he doesn't let me photograph that! He also loves doing recalls in the snow. 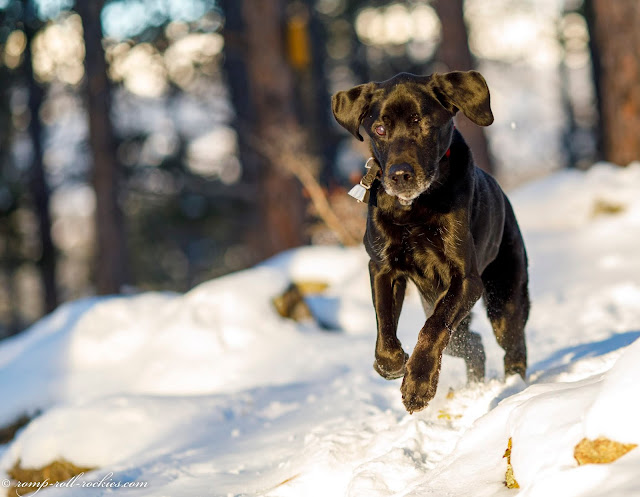 After a cold and blustery early part of the week, it suddenly turned much warmer yesterday. Thanks to the shoveling efforts of the Runner, we had a section of the deck ready for R to do his chair zooming game.

I was amazed and astounded that he can still play this game as a blind dog. To get us started, I showed him where the opening under the chairs was. Then, we did the same game that we've done for years since his elbow was replaced. He crawls forward under the chairs. I give him treats to reward that part. Then, I say "reverse", and he crawls backwards under the chairs.

I am overjoyed that R can do this despite blindness! R was ecstatic when he realized what we were about to do (before I turned the camera on). He barked his happy bark! You can watch here or at Youtube.