Our Black Dog had a better week. He's more adventurous despite his blindness, trying to walk from one part of the house to another by himself. He's also getting lost inside the house less frequently. I am trying to let him "work it out" when he seems flummoxed by the layout of the house because I think that he'll learn faster if we don't intervene to help him immediately every time. 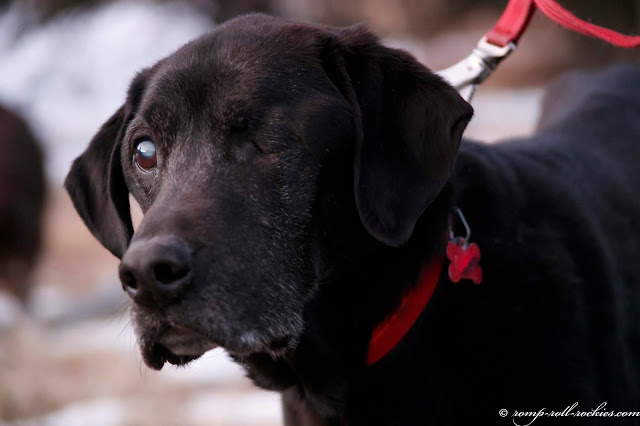 The biggest good thing is his demeanor. He seems happier. He still goes for short runs in the mornings with the Runner when he wants to. Not only does he want to but he's resumed carrying the leash in his mouth as he runs. He did that for his whole life until recently. That is a true sign of happiness and enthusiasm! 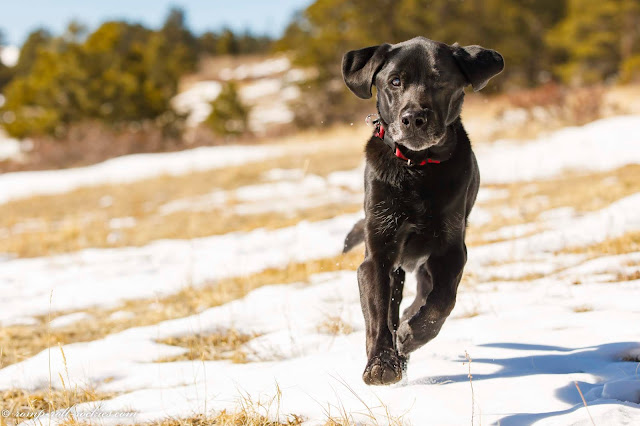 (This photo was taken at the end of last winter - in May. I don't think that he'd run like that now although some blind dogs learn to do so.)

He is learning the new cues that we use to lead him like "step up", "step down", and "follow me" really fast. He's so good at them that our timing needs to be impeccable so that he doesn't step up or down too early!

It's incredible to watch him bouncing back from his world going dark. Can you imagine how scary it must be for anyone who becomes blind, even if it's a slow process? Yet, our Black Dog seems light-hearted and happy already. He's my inspiration.
Posted by KB at 4:00 AM