The other day during our bike ride together, Shyla and I had a scary encounter. We were in a meadow with Shyla trailing a little bit behind me, like she usually does. Without any warning, I heard canine noises, extremely distressed ones, from behind me. The best word to describe them was "screams". Then, before I could see what was going on, there was silence.

I hopped off my bike and whirled around. Shyla was on the ground with a coyote standing over her. Neither was moving much. I yelled and ran straight at them, driving the coyote off by about 20 yards. I wasn't the slightest bit afraid of him in that moment. I quickly checked Shyla for blood or other injuries and found nothing. I did find that her neck fur was wet with coyote slobber.

As the coyote continued to watch, I asked Shyla to stand up, and she did. I still saw no signs of injury. Phew.

At that point, I turned my attention to the coyote who I needed to move further away from us so that we could leave. I yelled and ran at him. He decided to trot away with no real sense of urgency. We watched him disappear into the forest.

Thank goodness that my howling girl was just fine. 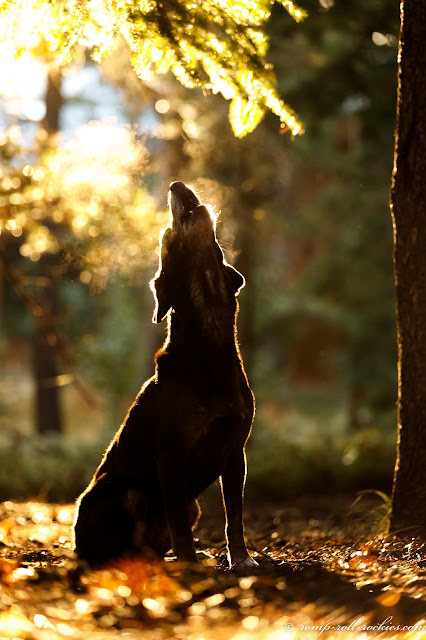 I love being in meadows in the springtime so, a couple of days later, I decided to try going through a meadow with Shyla in a tight heel. It seemed like we were doing fine until I noticed some movement in the golden grass about 50 yards away from us. It was a coyote keeping tabs on us. He paralleled us for a while, making me very nervous. So I yelled at him, and he veered away. We exited the meadow. 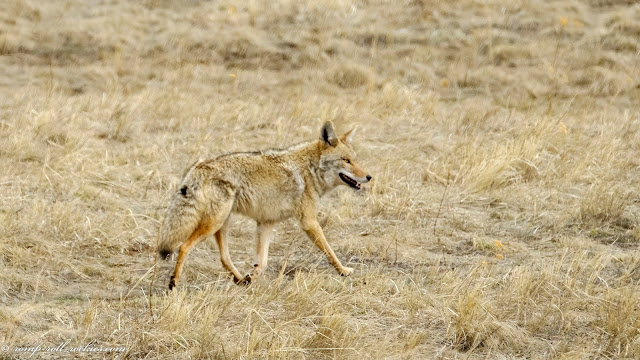 After that, I decided to keep Shyla out of meadows for a while. It's too risky.

Later, I realized that the first incident was exactly 9 weeks after the date when I saw the start of mating behavior in a pair of coyotes. Nine weeks is the gestation period for coyotes so it all makes sense now. The coyote who went after Shyla is probably the father, and he was defending his den that must have been nearby. The reason why the incident surprised me was that there are no dens in the vicinity that have been used in recent memory. I stay away from active dens at this time of year. However, there is one near that spot that was occupied annually about a decade ago. I'm guessing that it's full of pups now.

I think that this was a situation where Shyla's tendency to "shut down" when afraid helped her. I think that she simply sunk to the ground when the coyote came after her. I doubt that he expected that reaction. If Shyla had fought back, the outcome probably would have been far worse for her.

In any case, we were lucky this time. Springtime is a time to respect the space of animals who are raising their young. We got a "warning shot", and we will heed it. 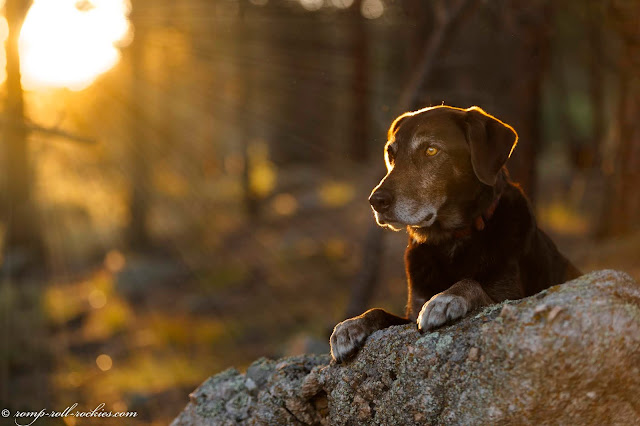