Tiny and Mohawk come visit me at home!

Last weekend, I was sitting quietly at my computer looking over memory cards from my trail cameras, contemplating Mohawk's choice of male bears. There seem to be 6 or 7 male bears all looking for females in our neck of the woods. And, as of now, Mohawk seems to be the only female on the mating trail.
I knew that she and Tiny were together two years ago, and I believe that he was the father of at least one of her cubs. I felt sure that I'd get to find out who she linked up with because male and female bears spend several days together when they find each other.
I was totally engrossed in my computer when I heard a thump from outside. I looked and there were two bears outside my window! I had a camera with a long lens next to me, and I grabbed it. I got the female's butt as she galloped away, although my focus was accidentally on an aspen tree instead of her. 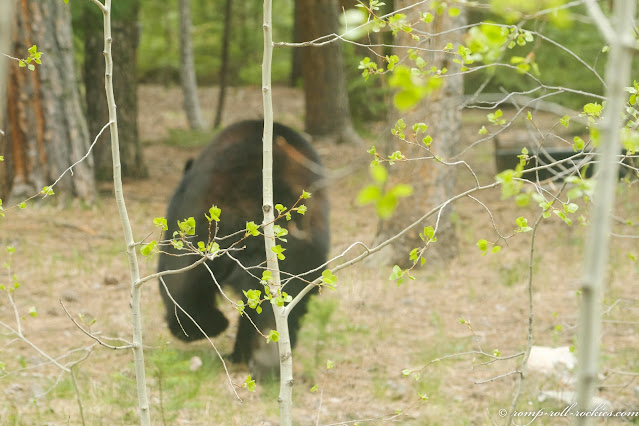 A large male was standing nearby, under our bear-proof birdfeeders. I got better photos of him. 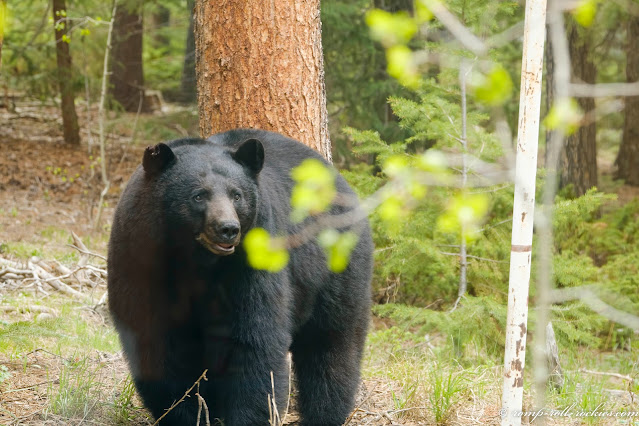 I thought "TINY" when I saw him! My only question was that injury to his right ear which I didn't think that I'd seen before. In fact, I think that it's really fresh. You can't see it in this photo but he also has a small injury to his snout. He must have had to fight for this sow, who I later confirmed was Mohawk! I'm glad that he won - because there are some other pretty big bears out there this year. I worry about him with his lack of mobility due to his injury.
My trail cam pointed under the birdfeeder gave a more complete story of what happened. Mohawk arrived, and gazed up at the bird feeders that are way over her head. 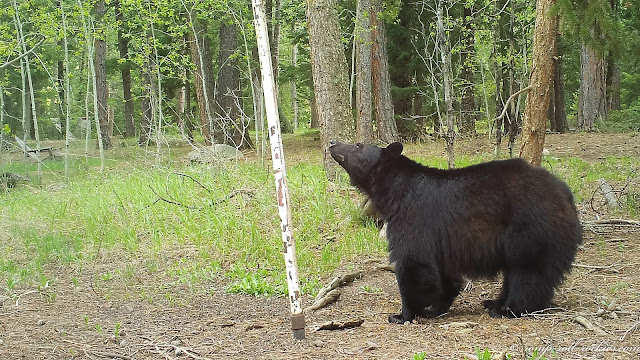 She sniffed the ground, and her trademark mohawk showed up along her neck. 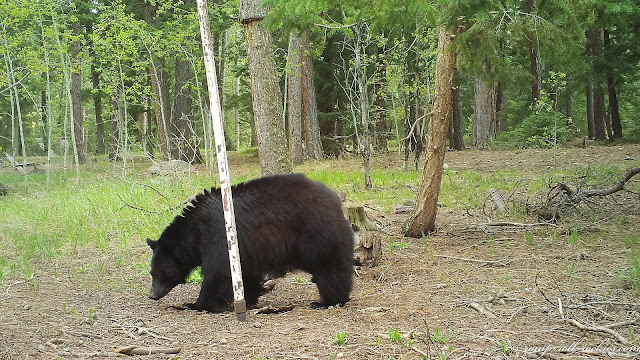 She gazed up again, wishing to eat those bird seeds. 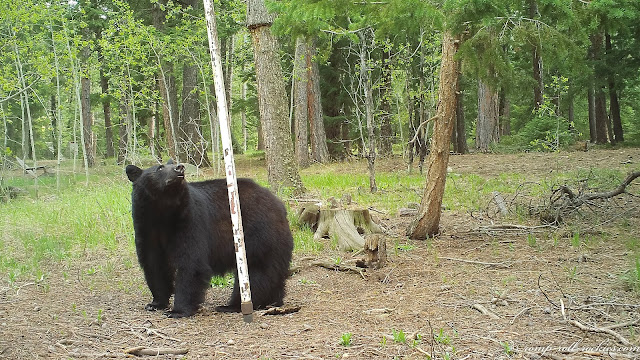 Then the thump happened. I don't know what it was. I appeared in the window, and Mohawk started to leave as Tiny appeared. 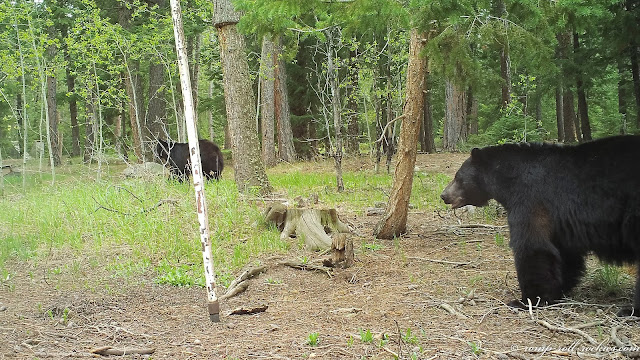 Then, they both realized that the Runner was outside and nearby. They looked at him. He never saw them. 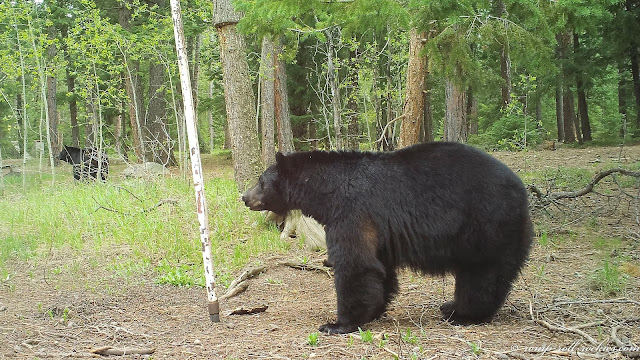 Mohawk fled, and Tiny turned to walk away. You can see Mohawk's head up above Tiny's butt in this photo. 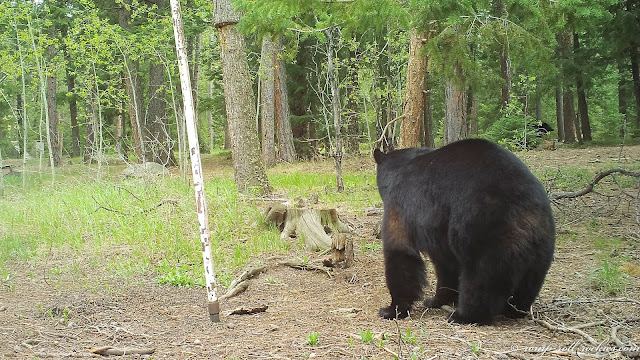 I am so happy that I got to see these two in person this year. They are my two favorite bears. I did have a glimmer of worry about them so brazenly going near houses but most people around here are bear-savvy. To be honest, seeing them in person made my bear-watching year complete.
Posted by KB at 2:00 AM