K and I sneaked in a short hike yesterday morning before her chemotherapy today. We saw a spectacular, but a little ominous, sunrise. A mild snow storm was heading our way, as you can tell from the clouds. 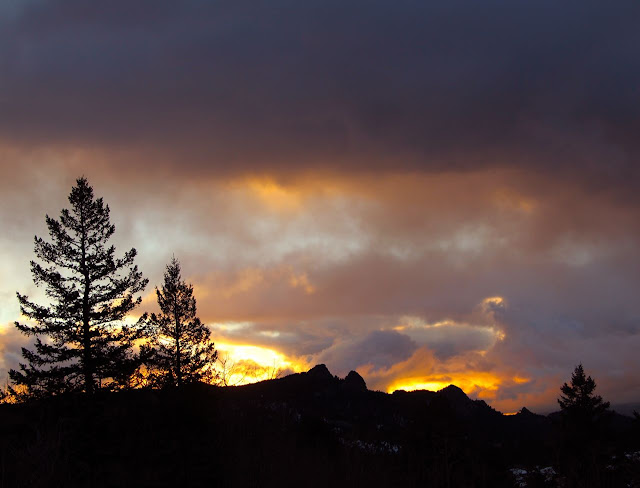 We climbed up even higher to get a clearer view of the eastern horizon. We sat in the cold wind, snuggled together, watching the light show. 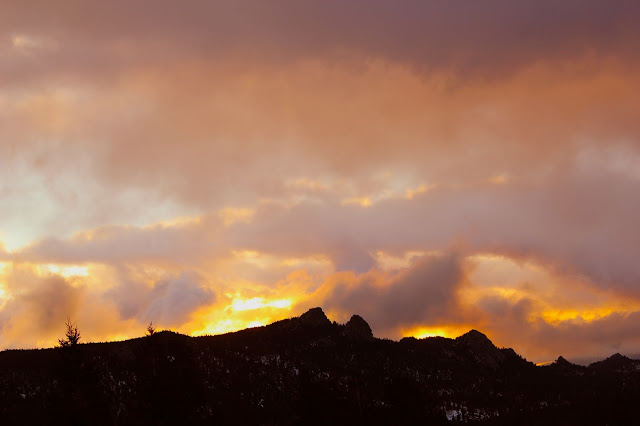 The sun never really came out so K wasn't bathed in that gorgeous sunrise glowing light that brings out her reddish highlits. Despite the cloudy skies, K cheerfully bowed on a boulder. 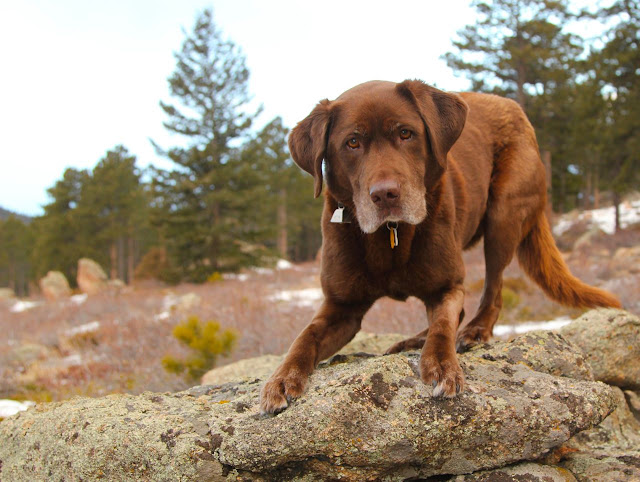 The rest of the day was spent on K's chemotherapy treatment. She came through it fine, seeming a little tired but otherwise happy. This morning, we slept late and then headed out for a short hike. I took a photo of K high "on a pedestal". K is "living strong" despite the cancer treatments. 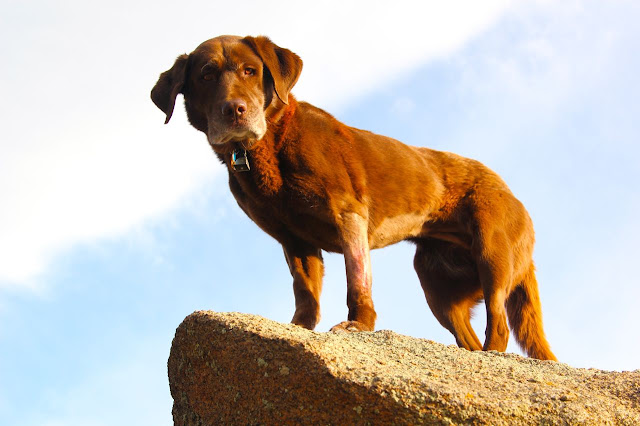 In the photo above, you can barely see the main side effect of the radiation that K received 3 weeks ago to kill the osteosarcoma tumors in her bones. A radiation burn has just emerged on the skin of her left front leg. She wants to lick it incessantly so she's been wearing a tube sock over her leg in the house.

When we're out and about, K forgets about her burn and thus doesn't need the sock to prevent her from licking it. In the photo below, K had just spotted someone hiking far below us. You can tell by her posture that she believes that she's the queen of the area! 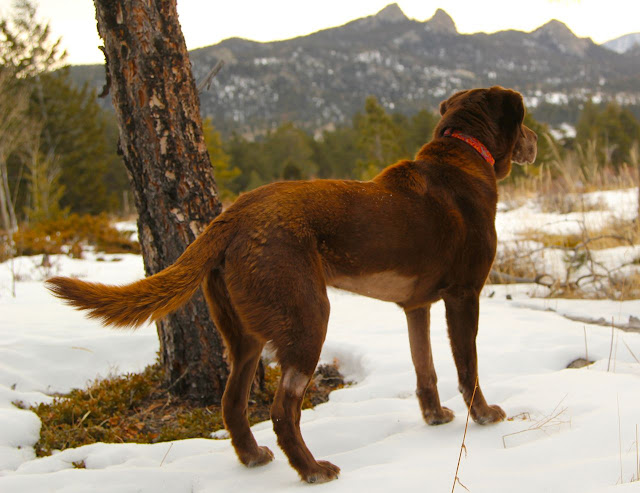 As we dropped down off the plateau toward home, she heard the hiker again. She wouldn't turn away from the sound. We rarely see or hear others on the trails because we're normally out earlier than everyone else. So, today, she was fascinated by the progress of the "interloper". 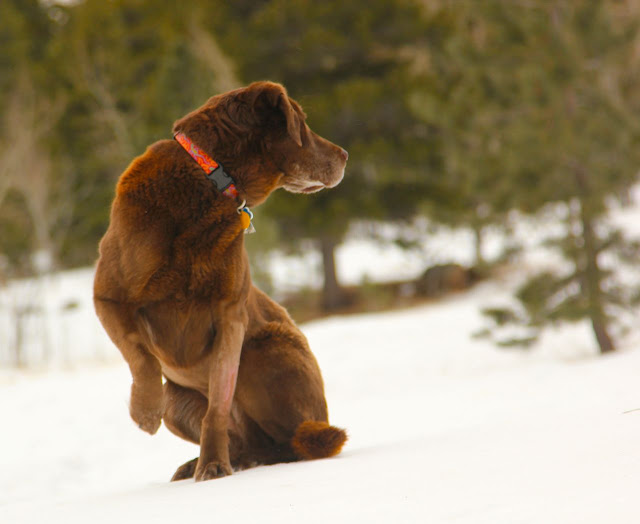 As she sat there like a statue, the ferocious winds that whipped through our world all day kicked up snow near the ground. You can see the fine mist of snow and K's flapping ears in the photo below. 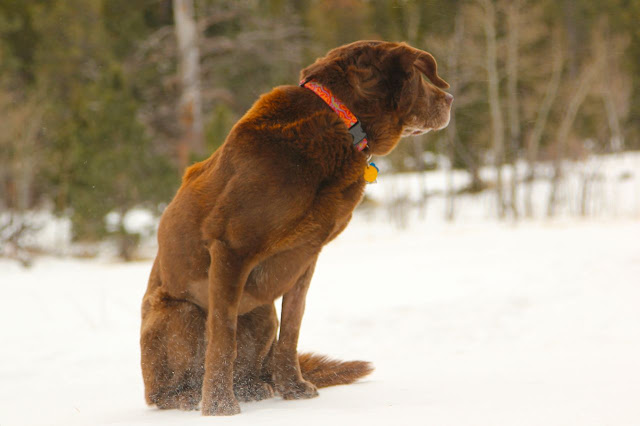 So far, it seems as if K is handling her second chemo treatment in stride. However, some of the main side effects take a few days to show up so we'll be keeping a close eye on her.

Several of you have asked if we have pet health insurance. Luckily, we do. We bought insurance for K when she was a tiny puppy, and it's been worth its weight in gold. It covered a major surgery to remove deer bones from K's stomach and intestines a few years ago. It also covered multiple severe cases of pancreatitis that landed K in the hospital. It's currently covering her cancer treatment. Believe me, we've felt thankful for the insurance many times in K's and R's lives.

Thanks to all of you for your kind comments.
Posted by KB at 6:28 PM