Living with K's cancer is turning out to be a heart-wrenching balancing act between letting her live joyfully and protecting her from getting hurt. On our morning hike today, K was bursting with playful energy. 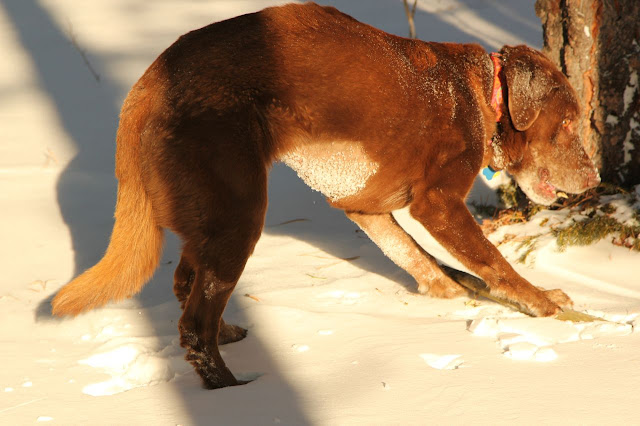 K's happiness was in direct contrast to the horrific weather. It was 2°F and the wind blasted out of the west at unthinkable speeds carrying freshly fallen snow crystals in its gusts. K didn't care. Her bare spots, shaved for her treatments, had ice crystals stuck to them but she played with sticks joyfully throughout our hike. 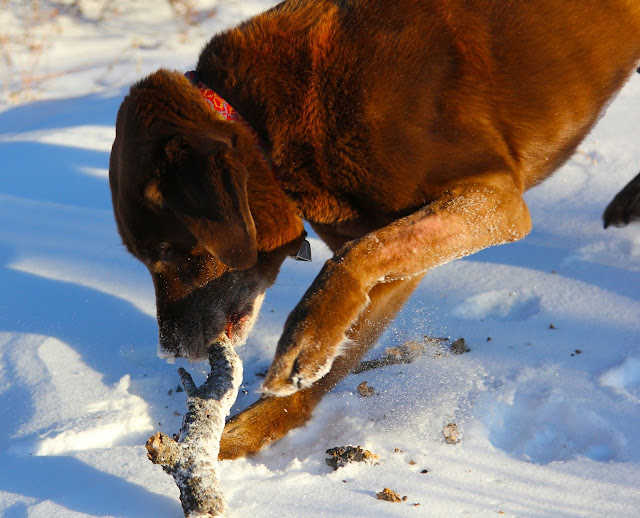 K wished that I was a dog and tried to lure me into games of chase. She'd let the stick hang off to the side and accelerate away from me, just like she does when she wants another dog to chase her. 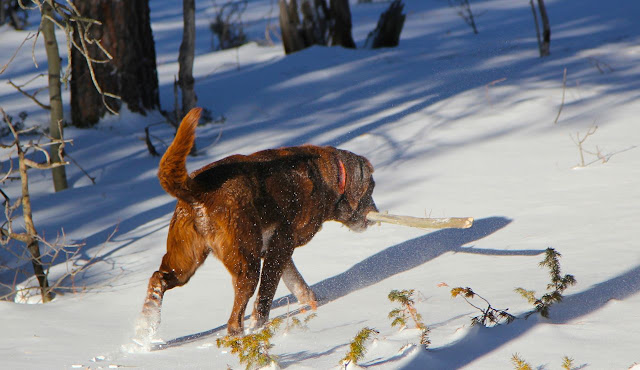 I played with her as best I could but tried to avoid let the intensity ratchet up too high because she's at risk of breaking the bones that had osteosarcoma tumors in them. The radiation killed the tumors but further weakened the bones by killing healthy bone cells too.

In theory, K is not even supposed be running around off leash. However, we've decided that, given the deadliness of this disease, K should live with joy and playfulness for her time on this Earth. So, I let her run this morning despite my qualms. 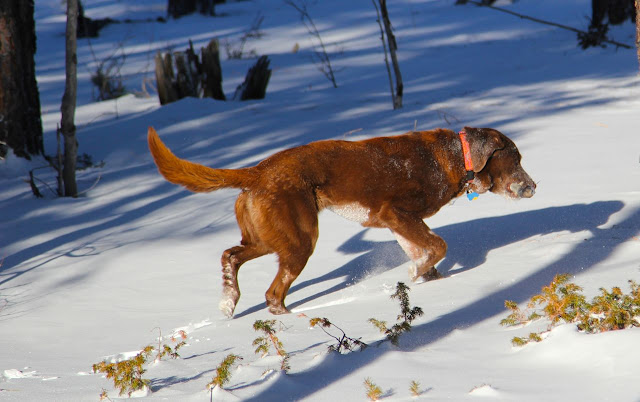 This afternoon, I had both halves of the Duo with me for our sunset hike. I let them off-leash, and K picked up a stick to lure her brother, R, into a game of chase and wrestling. I bit back my words as one part of my heart desperately wanted to stop them. Another part of my heart was SO happy that K felt fabulous and wanted to play with her brother. 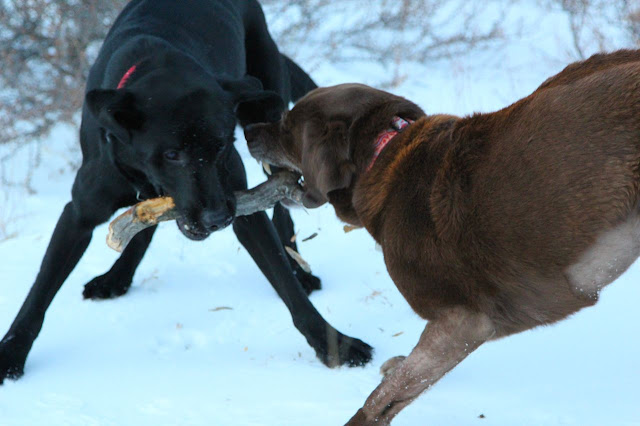 But, then, after they'd played for a while, one of them yelped. My heart skipped a beat, and I called them over to me. Both dogs were fine. But, for the sake of my heart, it was leash time. As I said at the start of this post, I'm finding this journey to be a precarious balancing act. I want K to live with joyful abandon for as long as she can... but I also don't want her to break her leg because that will limit how happy she can be in the coming days, weeks, and months.

Despite my difficulties with the balancing act, I think that K had a fabulous day. I haven't seen her so happy and puppy-like in a long time! We savored a sunset together and hiked home knowing that we'd made the most of the day. 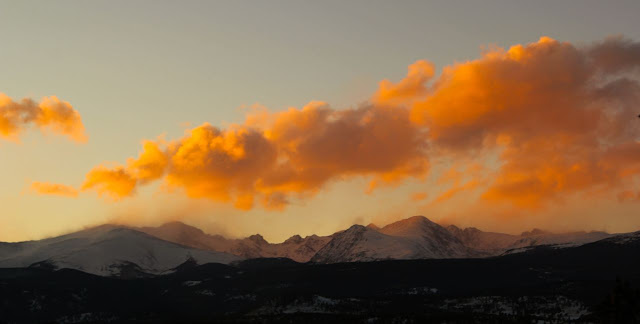