Two years ago today, I had three discs removed from my neck, and those joints were fused. At this time of the evening two years ago, I was resting in a hospital bed. My surgeon thought that I might need another spine surgery as soon as a year after that one. Here I am, two years later, and no additional fusions have happened yet!

Today, despite a maelstrom of furious wind that whipped snow and sand through the air, I headed out on my snow bike to celebrate. The wind was so strong at this gap in the ridge that I could barely stand up. 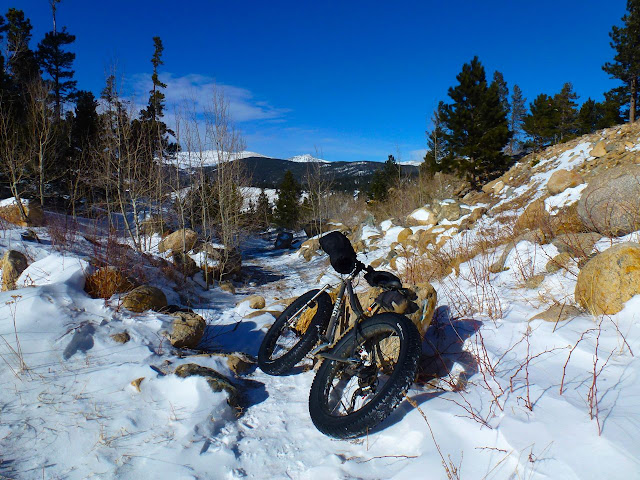 The wind-whipped clouds looked psychedelic to me. 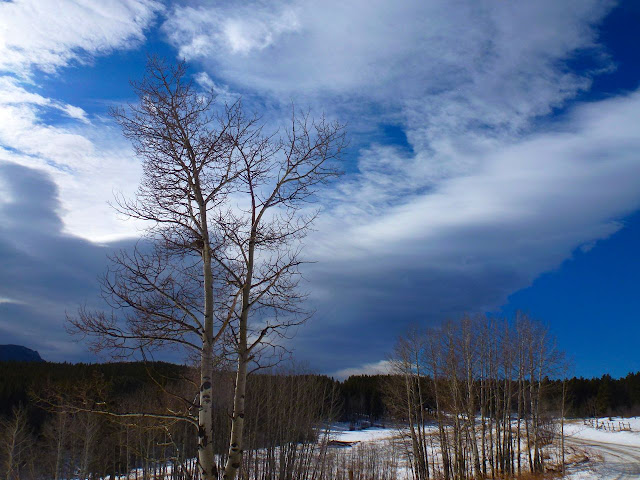 The photo above was taken during a brief lull in the wind. The next one was almost the same scene during a gust. 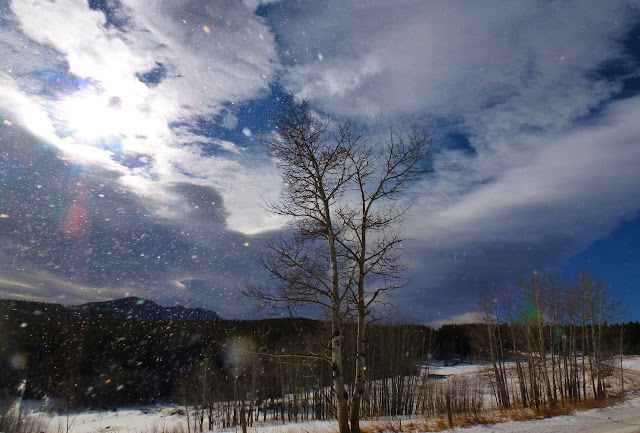 I've learned, with the wisdom of age, to be patient with the wind when I try to pedal through it. A "standard route" for me took about 50% longer than usual today as I fought through terrifyingly strong gusts.

Near the middle of my ride, I was in the depths of a trail network up near the Divide. To my surprise, I saw a group of three young mothers, all on skis and pulling baby carriages mounted on skis. They kept saying how tough I was to be out there on my bike. I believe that they were much tougher than I was! I wonder if their babies will have any memory of this wind-whipped day out in the wilds of Colorado.

K and I took our morning and evening hikes today, and she was happy and care-free. She wriggled on her back in the snow with her paws flailing wildly in the air. She picked up sticks and tossed them in the air. She even tried to bury a stick under the snow, a new trick for her. We learned during an afternoon vet visit that her white blood cell count has fallen a bit too low so she's starting antibiotics to prevent infections from attacking her weakened system.

The bottom line is that she seems happy and full of energy - and that's what matters to me. 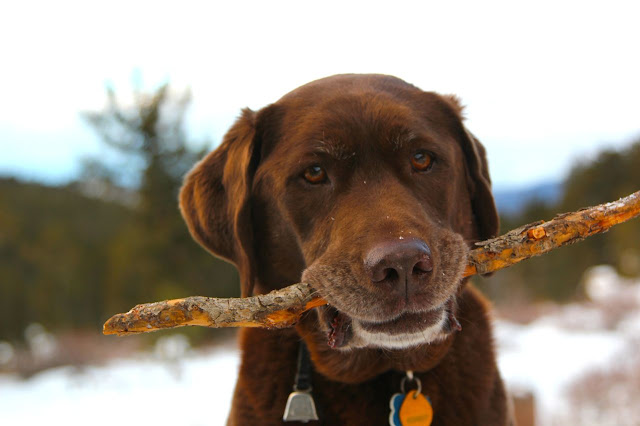