Before dawn, a pack of coyotes howled near our bedroom windows. R rushed to the windows to add his own distinctive voice to the chorus. The coyote pack is buzzing with energy now because the females are in heat. K and I saw three spots where a female coyote in heat had urinated, leaving a deep red splotch in the snow.

A pair of coyotes spent a long time in our clearing the other night. I arrived at my camera to see that it had taken 700 photos overnight. That's an extraordinary number! I'll include more footage in the future but most of the photos are of the pair of coyotes wriggling in the snow in front of my camera. They wriggled for about 10 minutes! 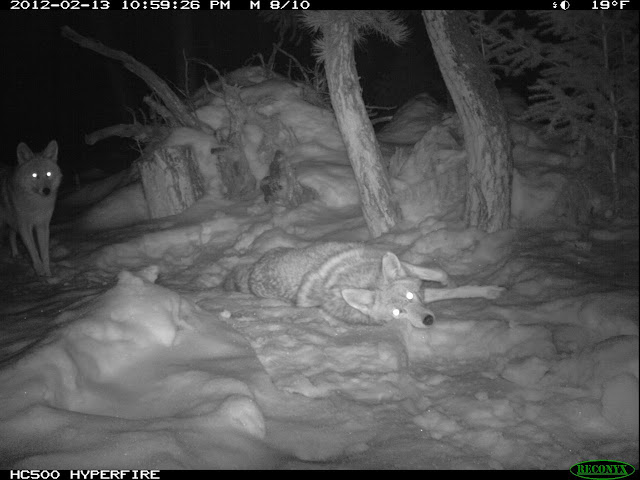 This morning, K was excited to sniff all the coyote scents during our morning hike. I talked her into stopping for a moment for a photo in the light of the rising sun as we walked through an aspen grove. 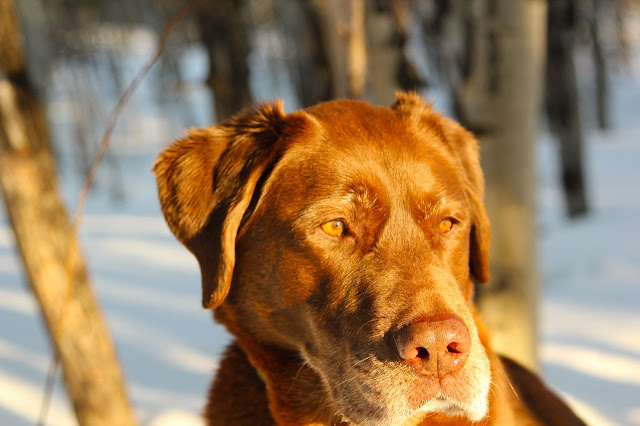 After we'd climbed up higher into the region where the bobcats love to hunt in the boulders, she slowed again to let me capture her in the glowing light. 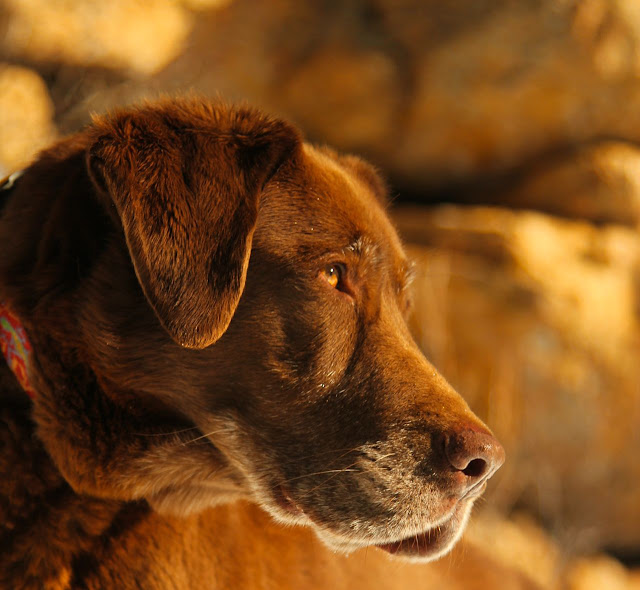 We savored our time out on this glorious winter day. It was another cold but very clear and sunny day - a bluebird day in February. K seems to love these days too. 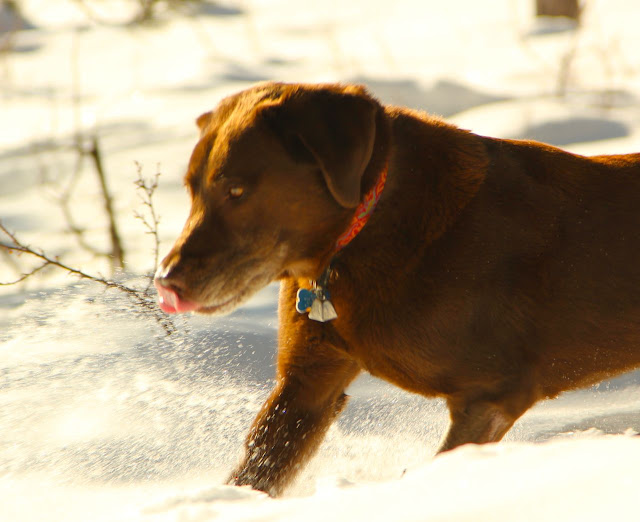 I kept noticing K licking her nose today, particularly while she was sniffing the intriguing animal scents. I wonder why she does this... 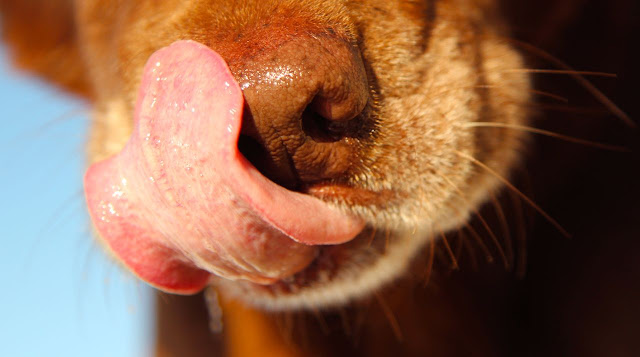 Late this afternoon, the coyotes were back again. As I worked at one end of the house, a scary howl resonated from the other end of the house. I quickly scanned around me for the Duo because the howl sounded almost like a dog in pain. I saw R but I didn't immediately see K nearby. I was scared that she'd somehow broken her leg and yowled in pain so I sprinted toward the sound. To my surprise, there were no dogs at that end of the house. I glanced around and a coyote outside the window caught my eye. He must have howled at our windows!

I was so relieved that K was fine. She and R romped this evening with the enthusiasm of a pair of puppies. Our fingers are crossed that her chemotherapy is easy for her tomorrow, and that the drug searches out and destroys all the cancer cells in her body. I know that's a long shot but I have hope. 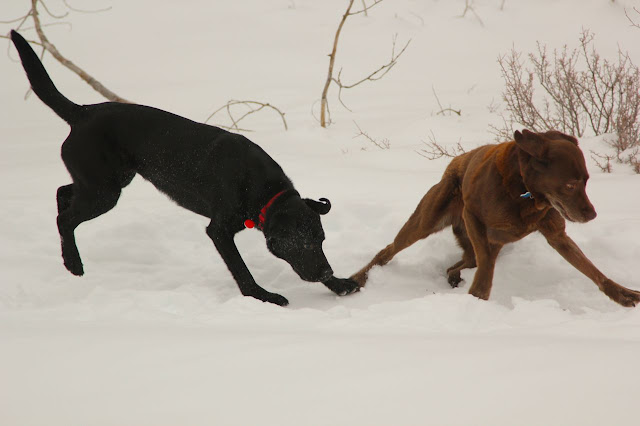