Dawn of a new day

Thanks to all of you for your words of support yesterday. Your understanding of how much I love K and how much this is hurting me makes a huge difference to me.

This morning, K and I seized the day by taking a short hike that started when the first light of dawn glimmered on the eastern horizon. After climbing up to a viewpoint, we were treated to the moon setting in a purple sky over the Continental Divide. 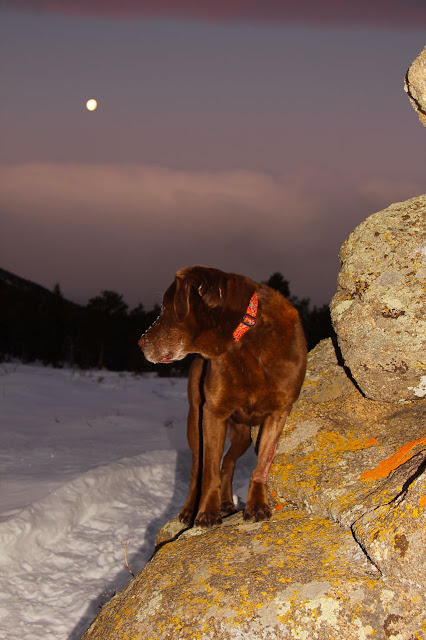 We wandered a high plateau as the eastern sky became brighter. Total silence reigned. This tranquil time was precious. 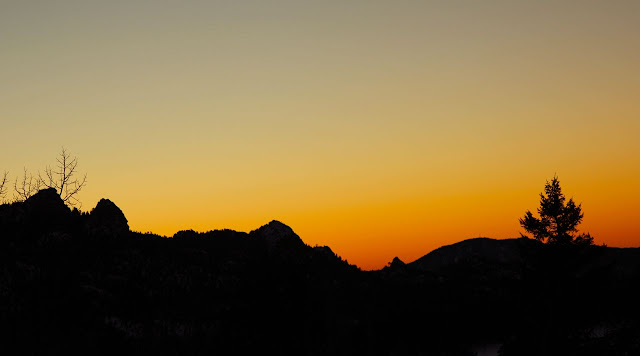 As we dawdled, waiting for the sun to rise, the clouds over the Divide lit up in a stupendous orange glow as the moon sunk toward them. 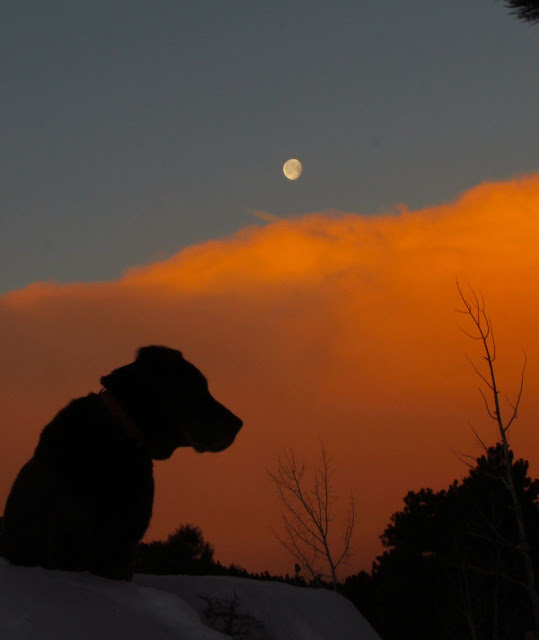 Then, the life and warmth-giving sun peeked over the eastern hills. The dawn of a new day... 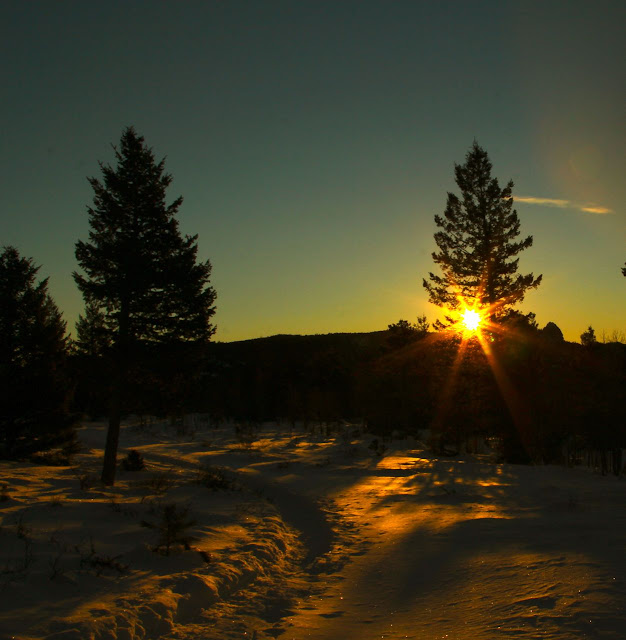 K had been leashed until that point because I don't like her to run unfettered in the dusky darkness. I unclipped the leash, and she chose to gaze at the mountains. Her beautiful fur looked luxurious in the sunrise light. 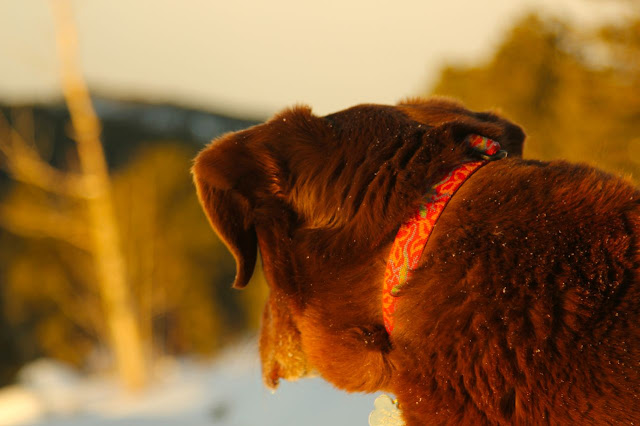 Her freedom gave me the chance to see if she was still limping. It appeared that she was not, and she seemed to be full of energy and happiness. When her ears fly straight up as she gallops, I take it as a sign that she's romping with full enthusiasm! 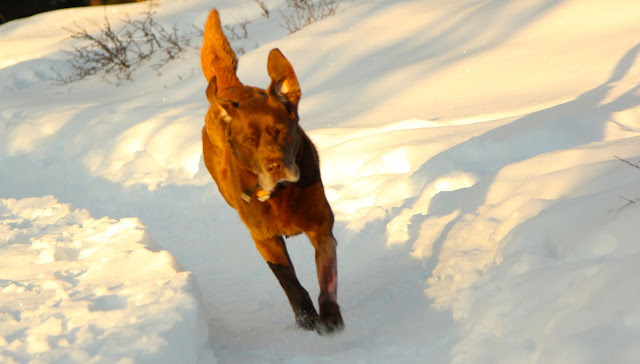 I did notice, however, that she doesn't like to have her leg with the radiation burn in the snow, if she can avoid it. That probably explains the photo from yesterday when she propped that leg up and out of the snow. She kept doing the same thing today. Perhaps, the "limp"  that I saw yesterday was from her radiation burn rather than anything in her bones. I hope so!

Thanks again to all of you. I felt really sad and worried yesterday, and your comments lifted my spirits immensely! The power of the paw...
Posted by KB at 4:30 PM