From yesterday... the golden fringe on K is caused by the sun rays hitting her from behind. Look at the patches of dry ground! 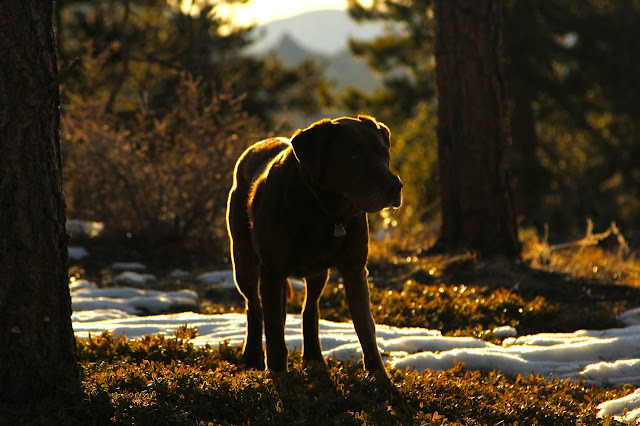 To today... No sun but several feet of snow and snow flakes rocketing out of the sky. 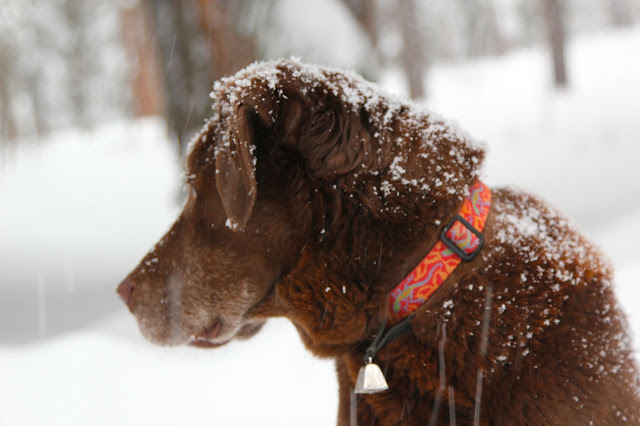 This morning, K and I headed out into a bottomless world of snow. It was difficult to find the trails in our forest because the world looked so alien. After a big snow like this, whatever path is chosen by the first person in the forest will be followed by everyone for a month (because it's such hard work to break a new trail). Since K and I were the first out there, we chose the route!

Sometimes K porpoised through the powder like a puppy. I held my breath when she plunged into the snow but she was fine, aside from a small abrasion near her radiation burn. 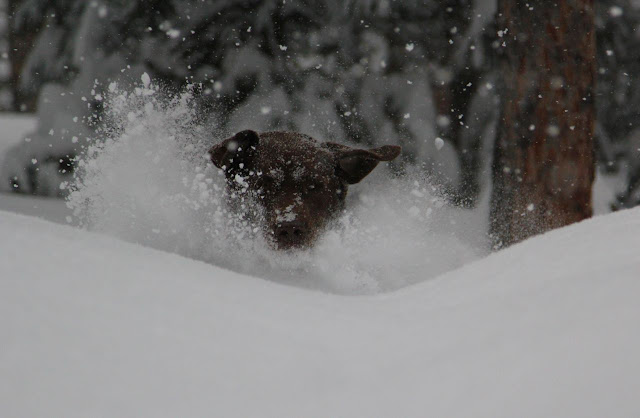 At other times, she followed in the trail that I'd broken. 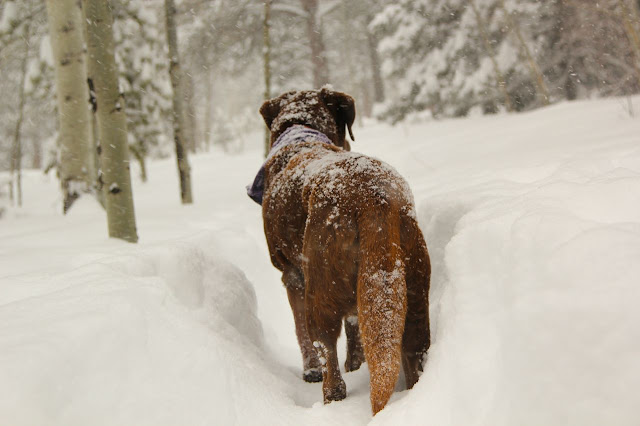 I love the silence during a snowstorm. The air was still and flakes floated out of the sky. Every sound was muffled, and the birds had fallen silent. It felt as if we lived in the most remote part of the world. 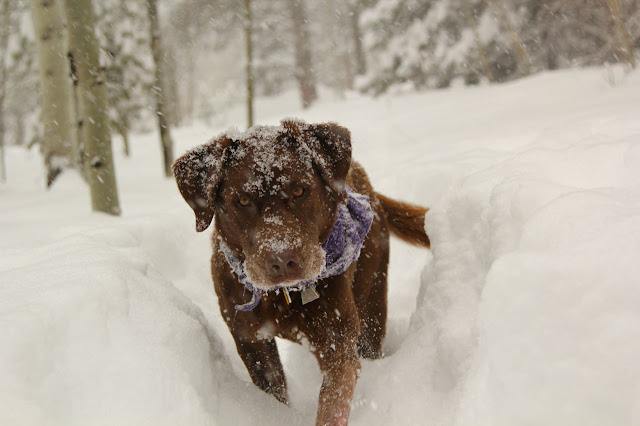 I didn't take K too far because it was such hard work to plow through the snow, and I didn't want to push her too hard. After our hike, I played on my snowbike for a little while. Over the past week, I've been able to travel far and wide on my snowbike because the snow was so packed down. 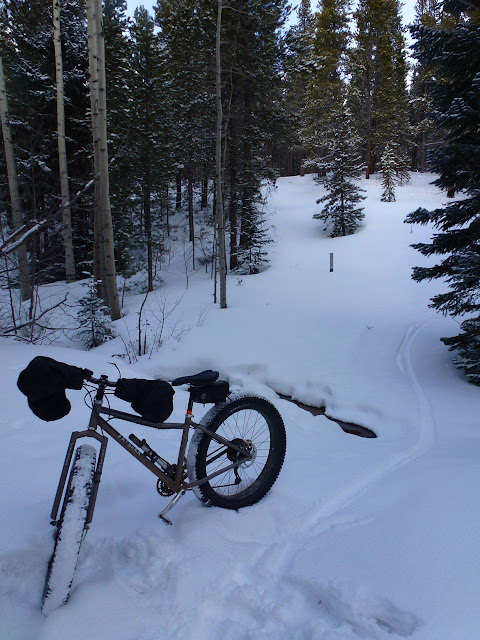 Today, I didn't make it far from home. This is our driveway. Look at the wall of snow by its side. 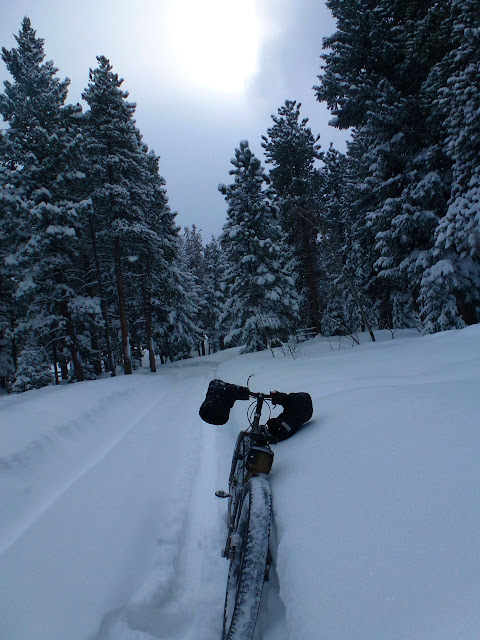 After I floundered in the deep snow on my snow bike for a while, it was time to head inside and get toasty by the fire. I chuckled as I approached the house. The days of lounging on that deck seem like a very distant memory. 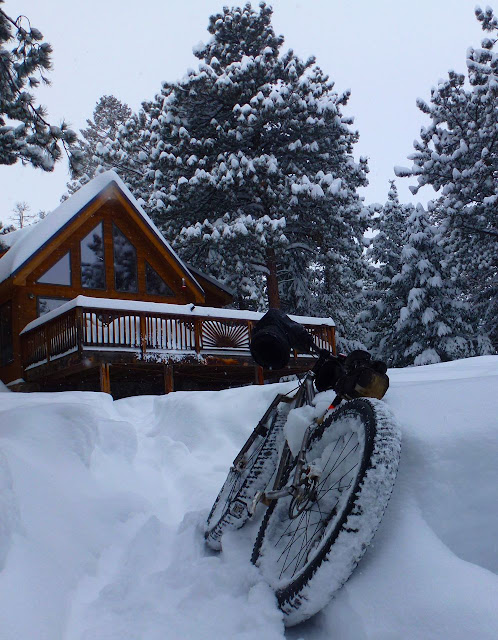 Let it snow! It's supposed to keep falling all night long.
Posted by KB at 3:40 PM