The Solstice is upon us. For those of us in the Northern Hemisphere, it means long and luxurious days when the air is warm and life is relaxed.

It also means a riot of wildflowers.

I sometimes wish that this floral bounty could be spread out over a longer time, so we could savor each flower, one by one. 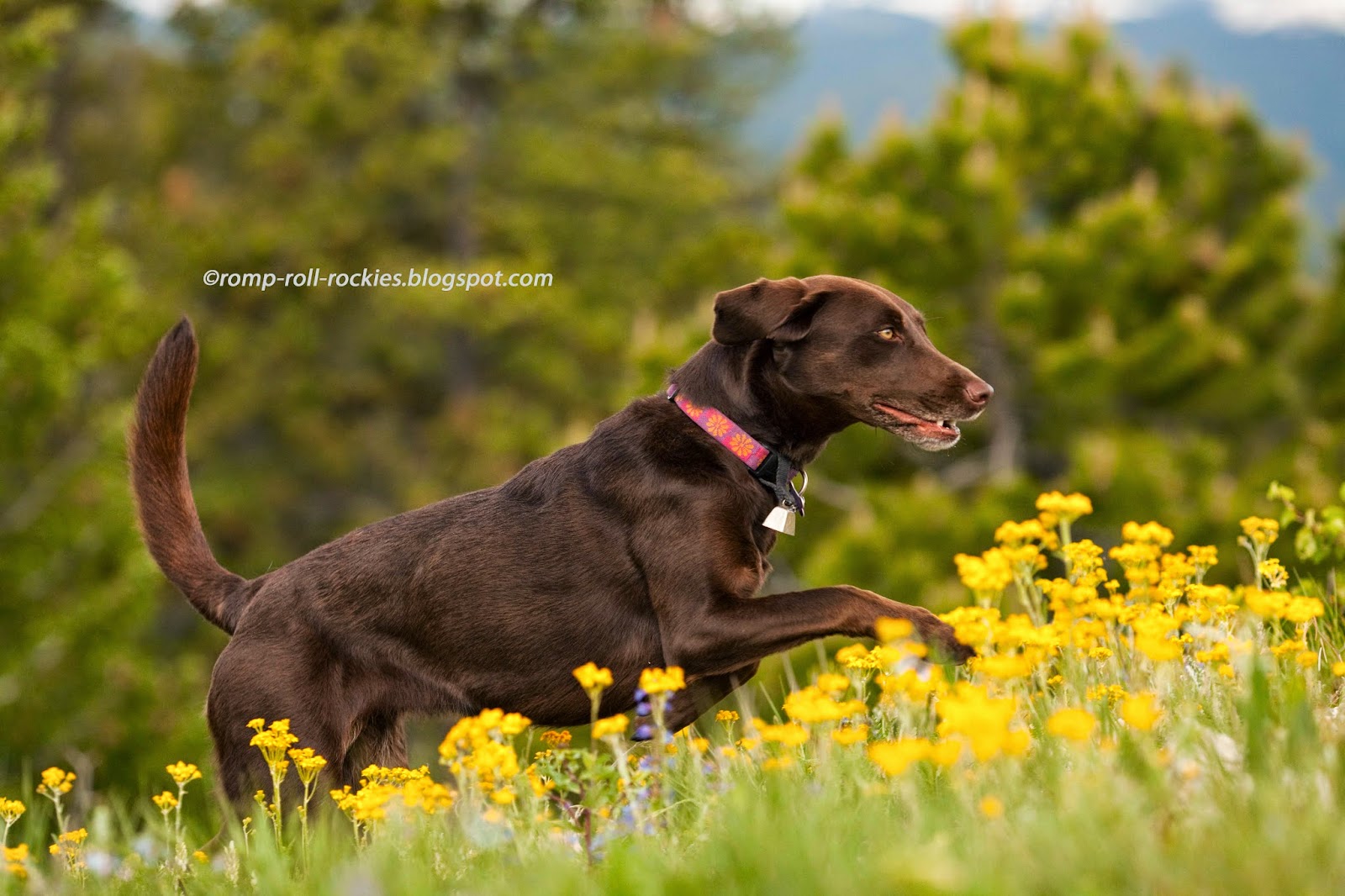 But, when Mother Nature decides that it's "time", it seems that all of our flowers burst into bloom at once. 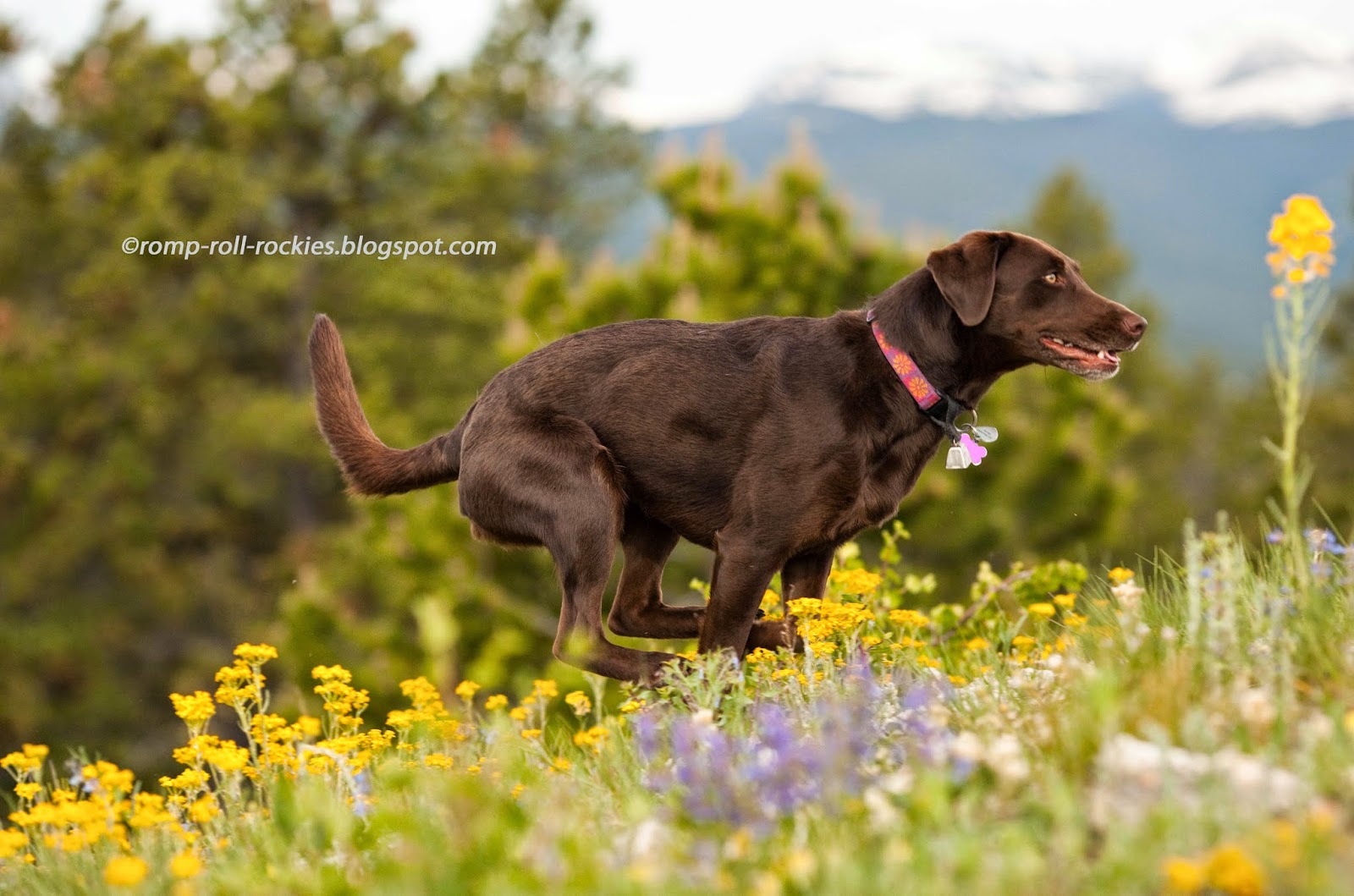 Hug Hill is perhaps the most beautiful place on Earth right now so, after I pedal up there with Shyla, we hang out and play for a little while. Don't worry, the hill is not too steep on the side where I'm throwing her toy. 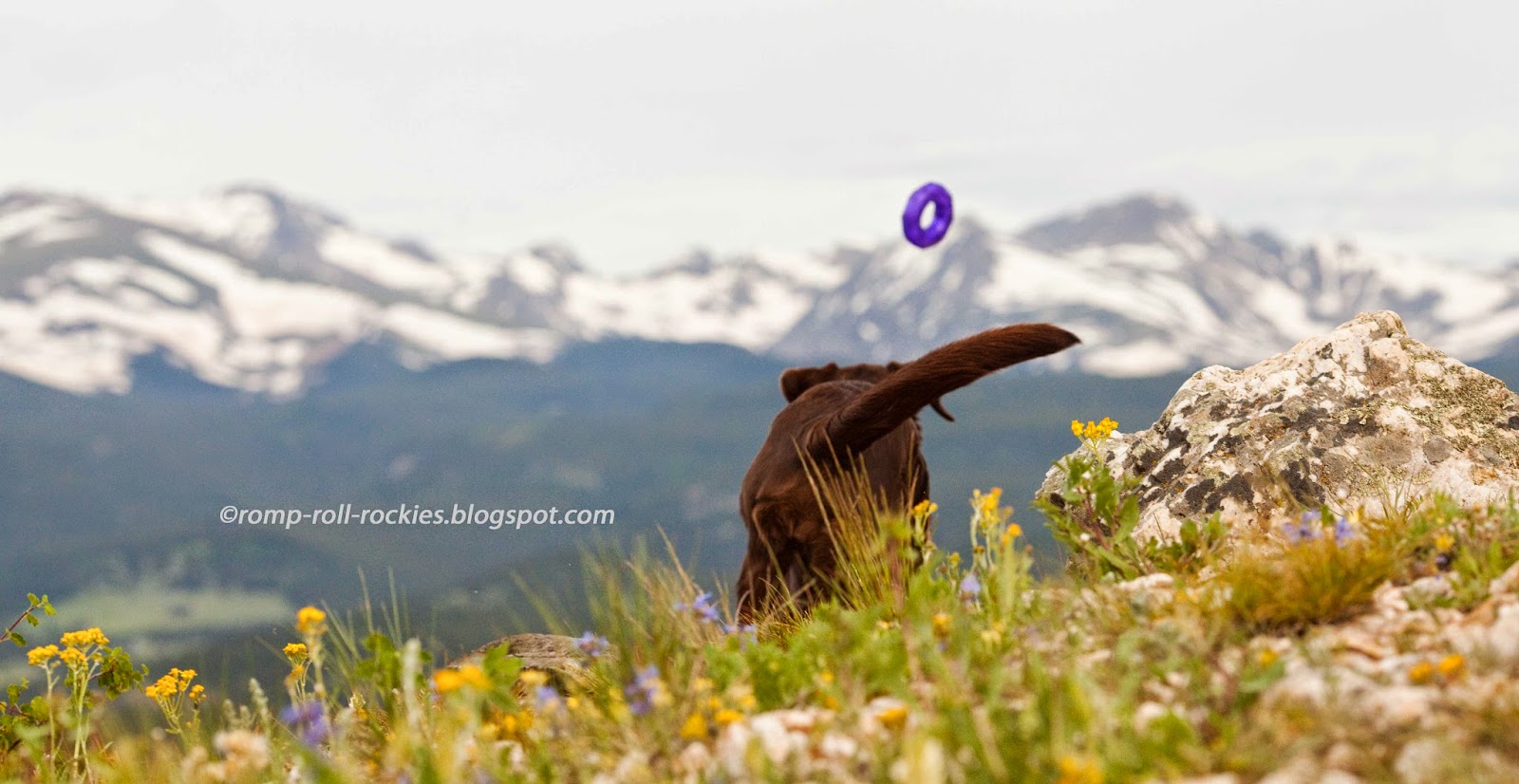 Before our ride ended, we visited another favorite place. It doesn't have views of the still-snowy mountains but it has fabulous wildflowers. I think of it as the wildflower mecca. 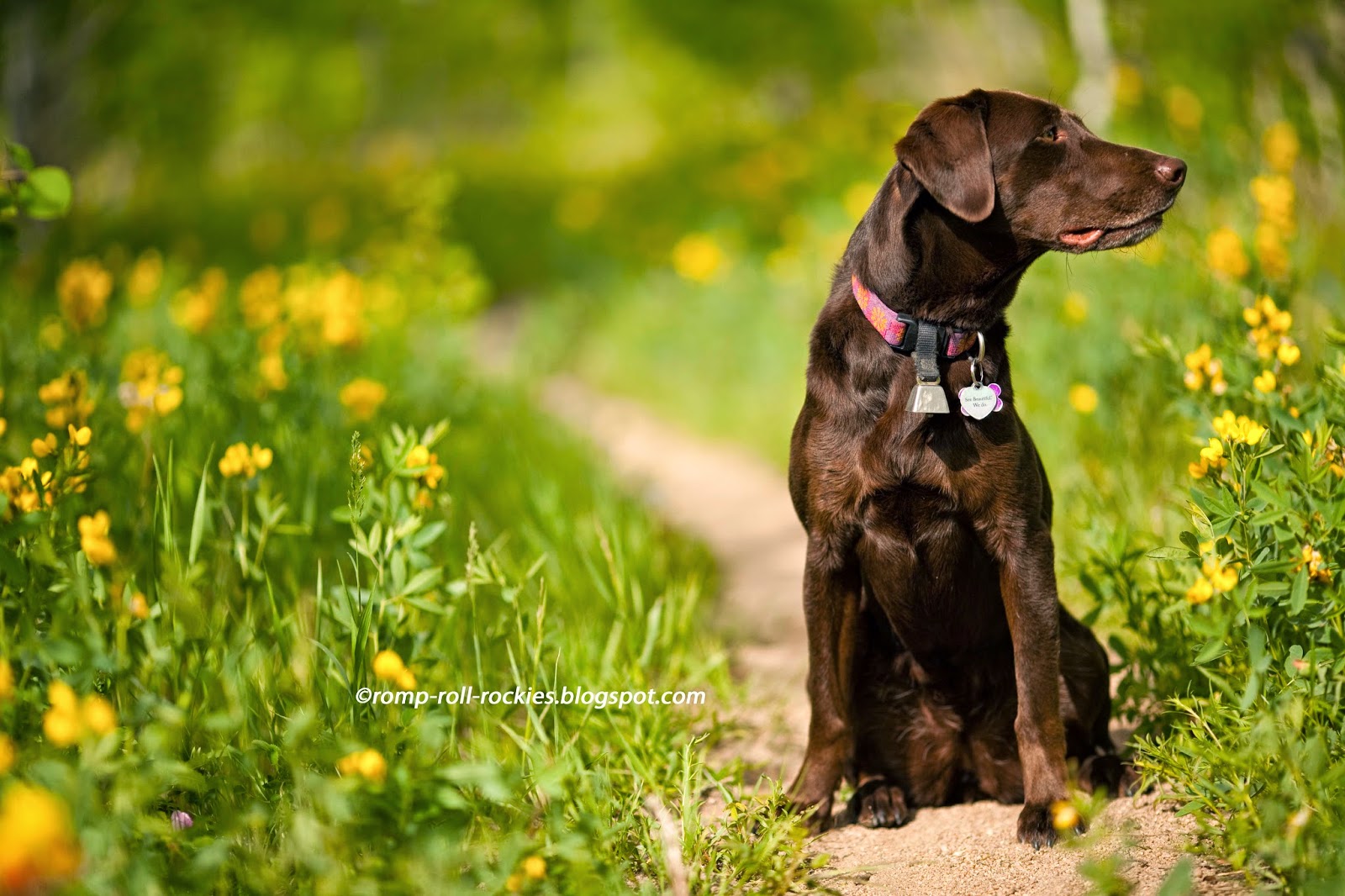 Can you believe that this is Shyla's second full summer with us? The passage of time is incomprehensible in some ways. I feel like I've known Shyla forever but I also feel like K's death was recent. 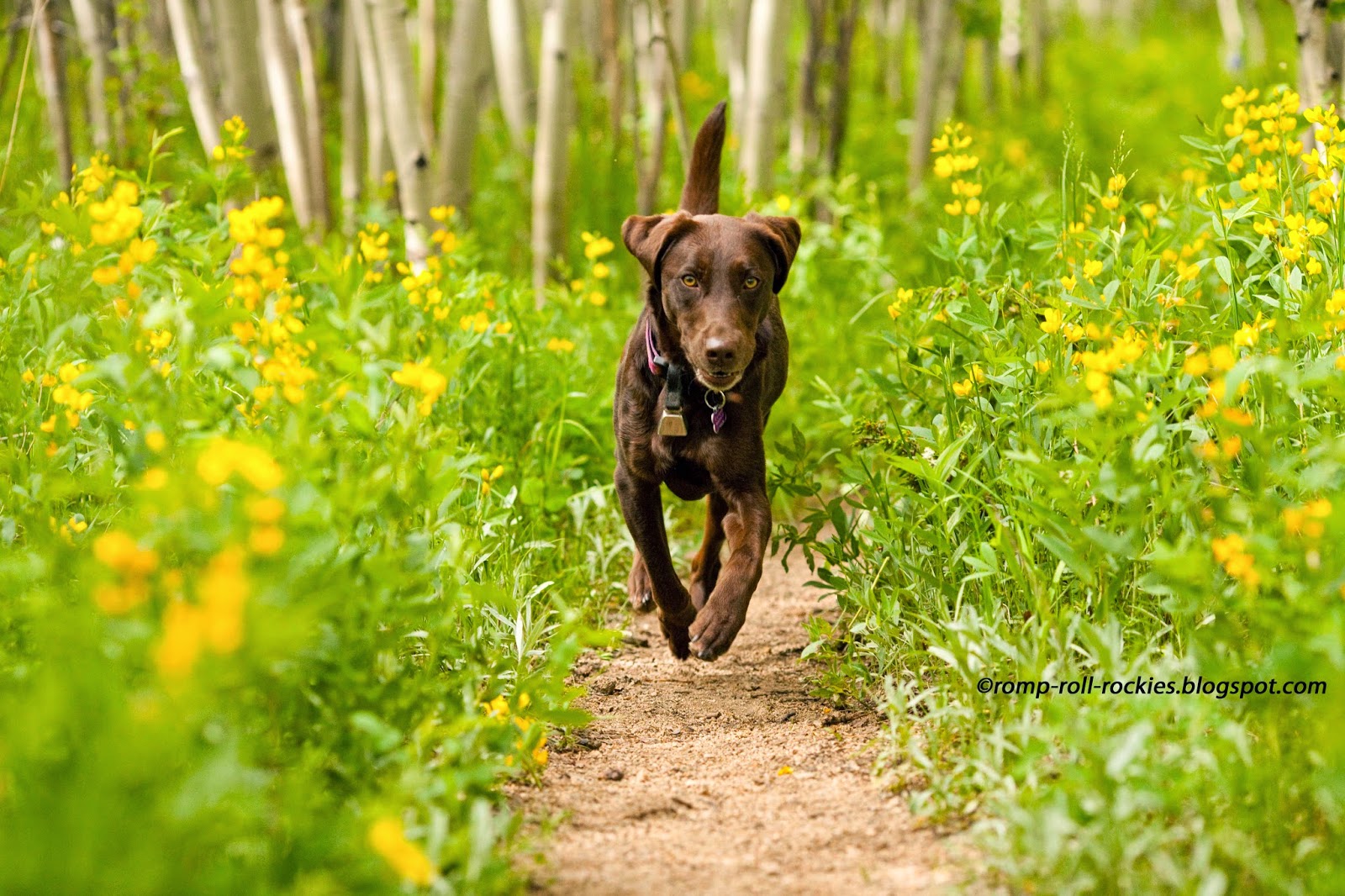 During our ride to the wildflower mecca, we ran across an elk leg - not just any elk leg - but one with a long history that involves K. Sometime in the last couple of months of her life, K and I were out on a trail together, and she trotted into the forest. She was a super-reliable dog off-leash so I was shocked when she didn't return when I called her. I called and called with increasing desperation. I walked all over the section of forest that she'd gone into but she didn't appear.

Before that day, I'd asked my vet what the "end" would be like for K (she had osteosarcoma), and one of the possibilities was sudden death. After searching for her in the forest for what felt like an eternity, I sat down and cried, convinced that she was either dead or incapacitated in the forest. I decided to go home to get R, who I thought would lead me to her body.

As I started toward home, I kept calling for K. Believe it or not, as I moved toward home, that little rascal then emerged from the forest, dragging a very fresh elk leg that she'd been gnawing, in a nearby spot, for the whole time that I'd desperately searched for her.

All that I could do was hug her, and thank goodness that we'd have another day together. I took the elk leg from her, and I hung it in a tree, out of a dog's reach, to avoid another episode with it. It's hung there for the two years since that day, until today. This morning, I saw that the elk leg had somehow ended up on the ground in the middle of the trail. It appeared that an animal had pulled it down, possibly a bear. I rehung it, and I contemplated that day two years ago and the circle of life. 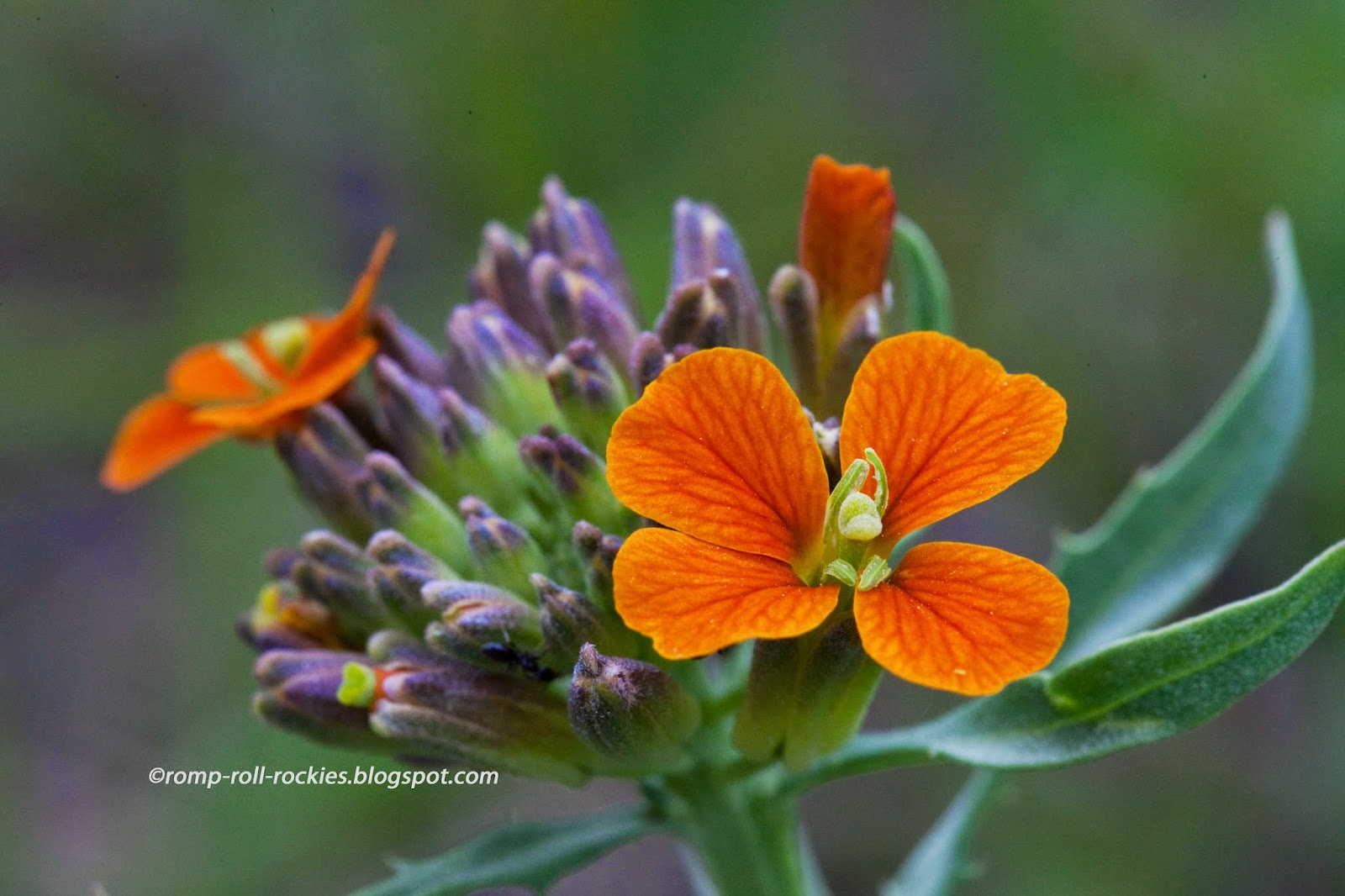 It is our second summer solstice since K's death but we've fumbled our way to a new happiness, with R and his little sister leading the way.
Posted by KB at 5:49 PM