It was a foggy "pea soup" morning, a fairly rare condition around here. Shyla and I headed out into the fog for our mountain bike ride. Soon, we stopped for a quick game of fetch. I threw the toy very gingerly for her, remembering what happened to my spine during our last game of fetch. 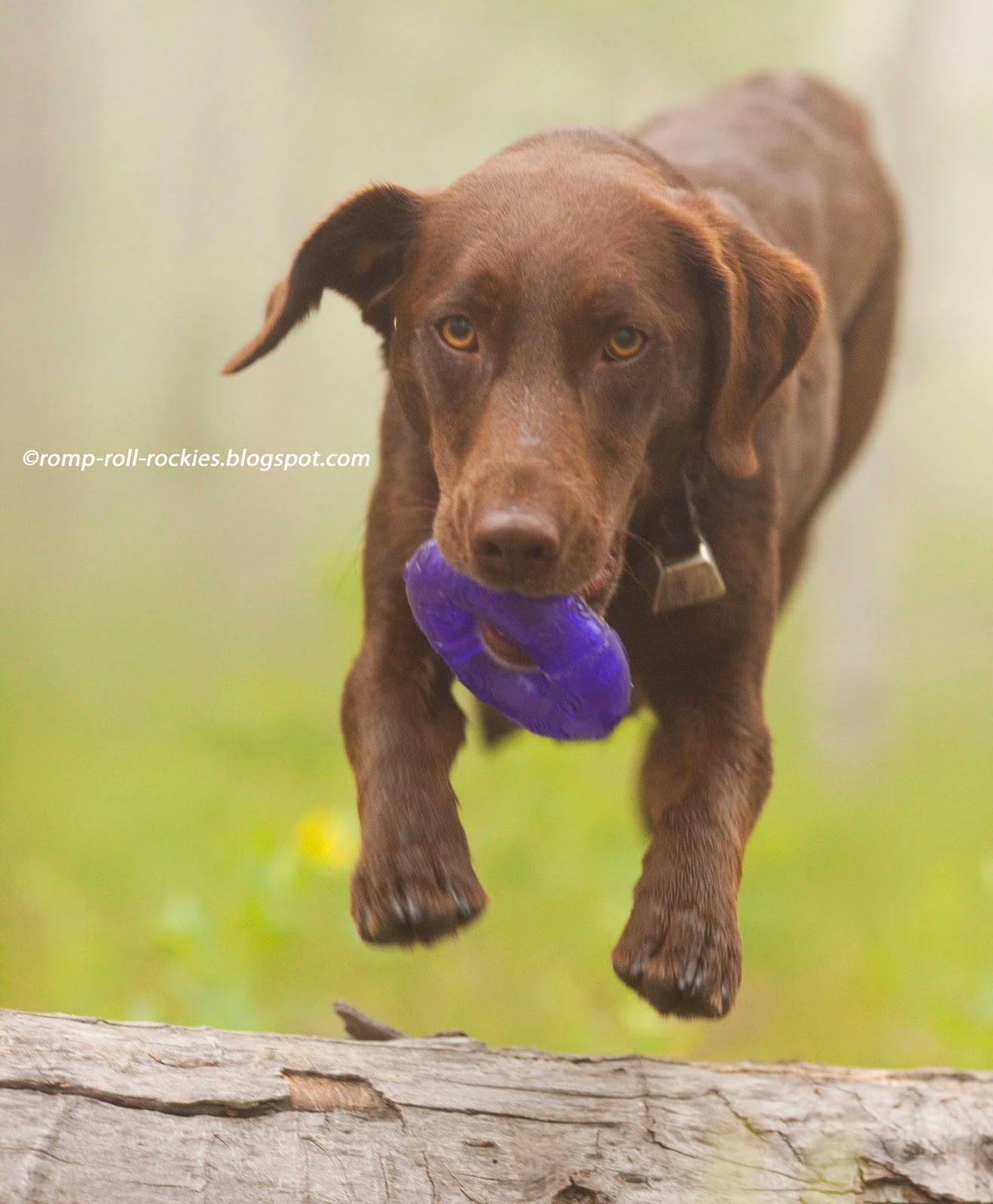 One of you asked if there was something special about purple toys for Shyla. The only special thing is that they are bright and cheery. I tend to grab bright toys to take on our ride when the world looks drab to me.

At this time of year, "drab" is about the last adjective that I use after I'm actually out in the world. Yes, it was foggy but the wildflowers shined like flaming torches. And, Shyla loved the cool air so she was feeling rambunctious. 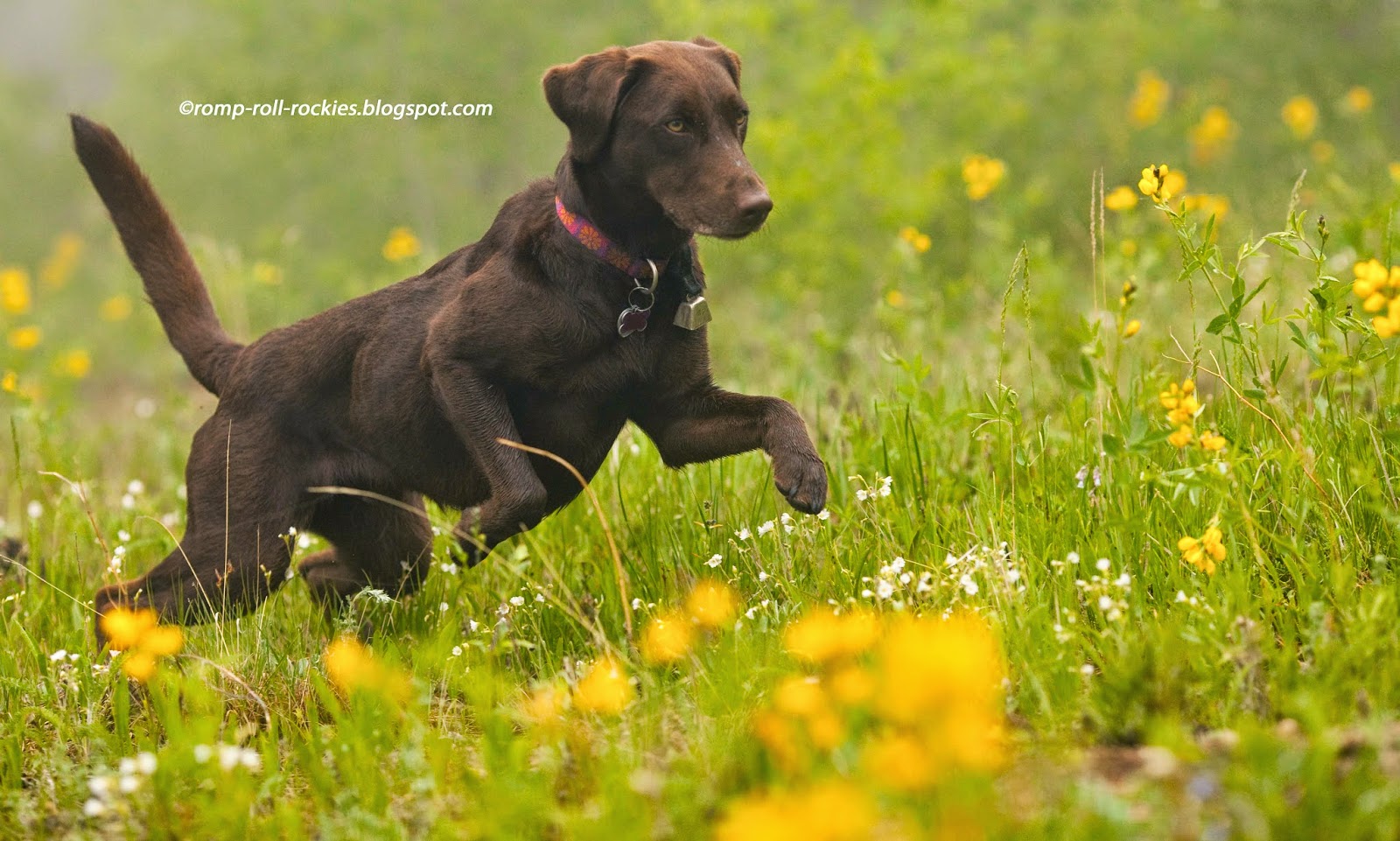 Even when the fog really descended onto us, the yellow flowers still glowed. 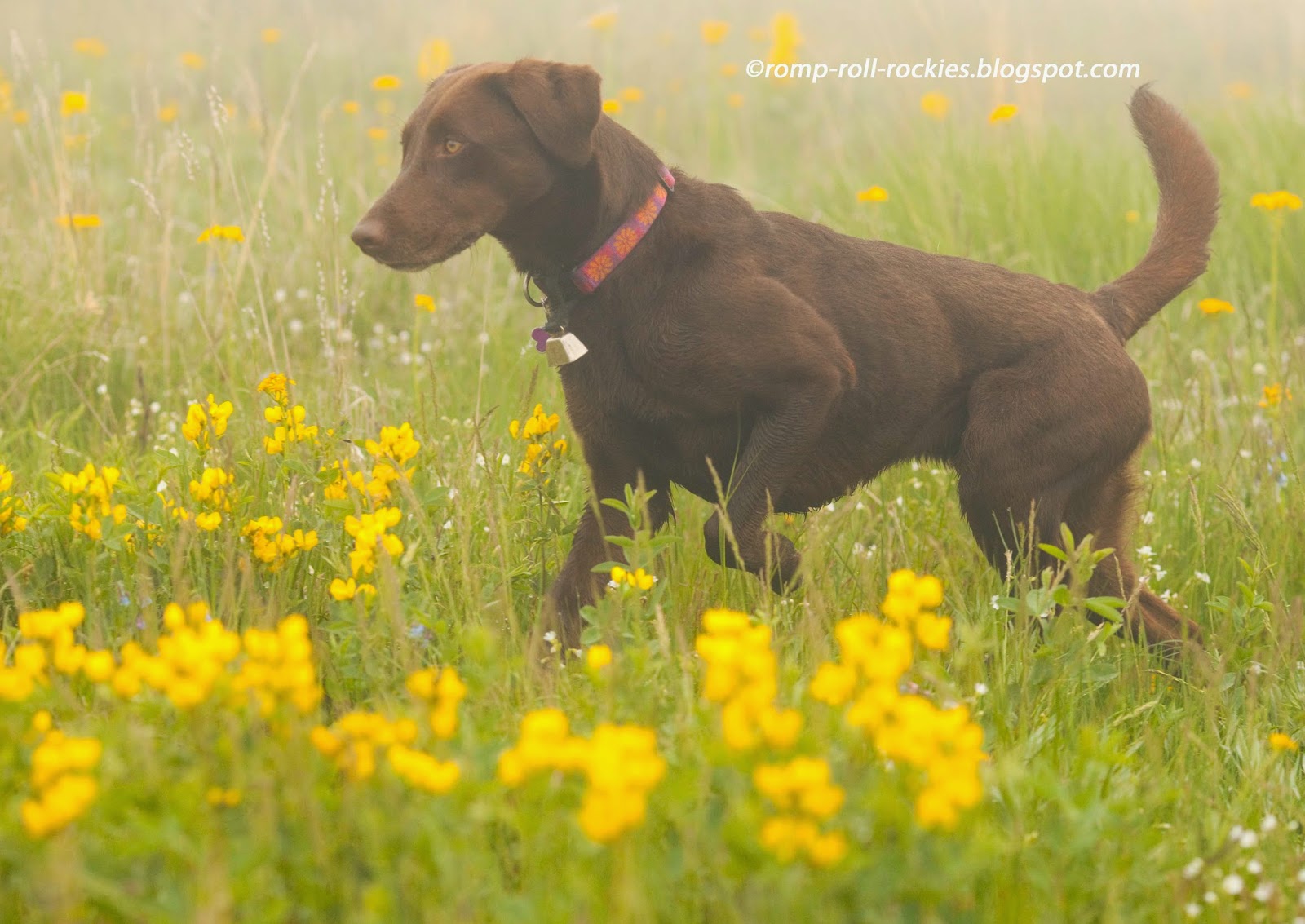 As we rode, I had this niggling feeling that a mountain lion had been nearby recently. I probably caught a glimpse of a lion scrape or scat but didn't fully realize it. In addition, the mountain lion activity around here has been extraordinary all spring. I have been capturing as many mountain lion photos as bear photos this spring, which is not normal.

So, after I left Shyla at home to relax, I checked a couple of trail cameras. My niggling intuition had been right. This is in the heart of our little trail system. 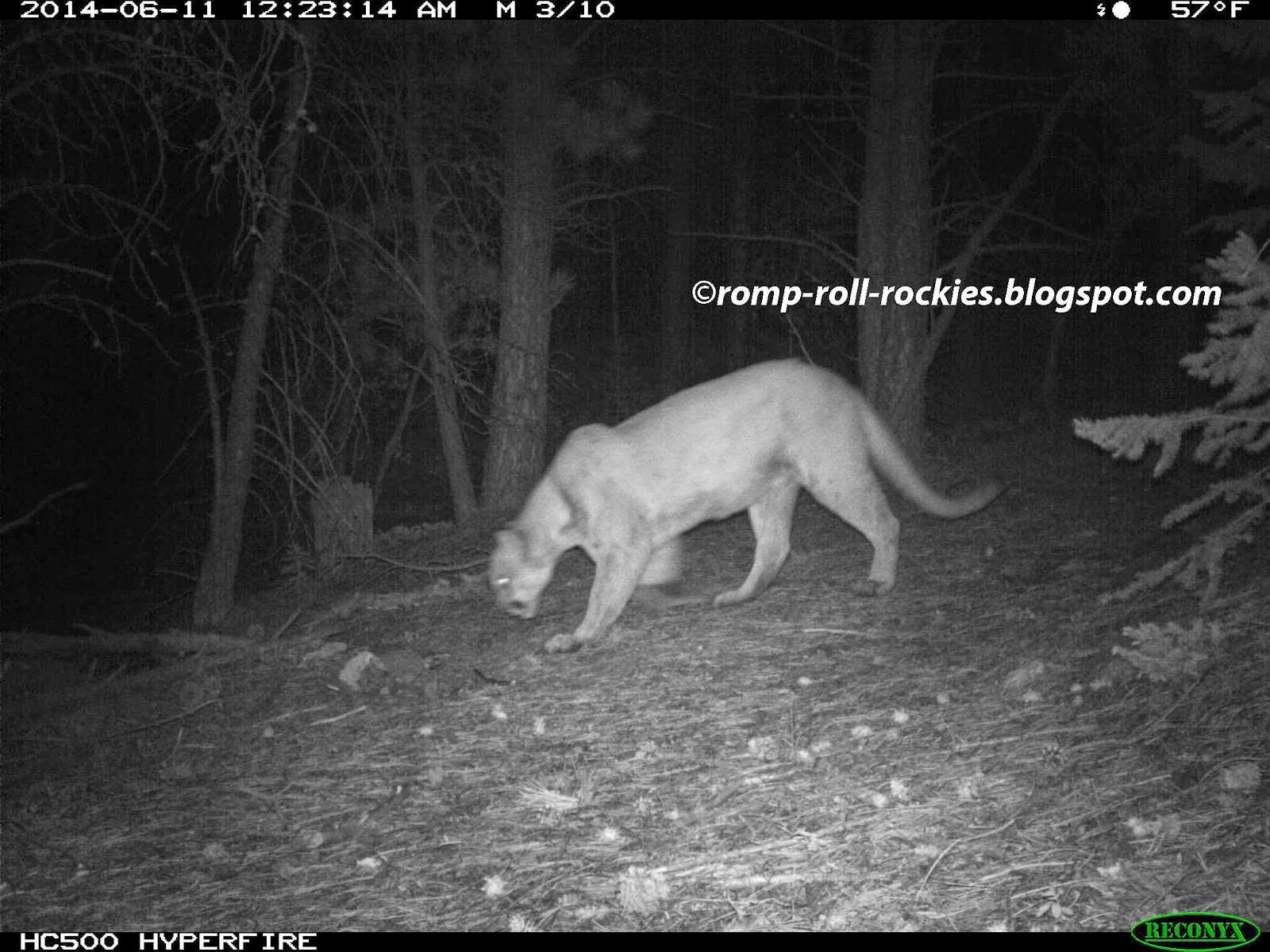 The trail camera is pointed at a spot where I found a mountain lion scrape a couple of years ago. It's at an intersection of two animal trails. This mountain lion was intensely interested in the scent at that spot. 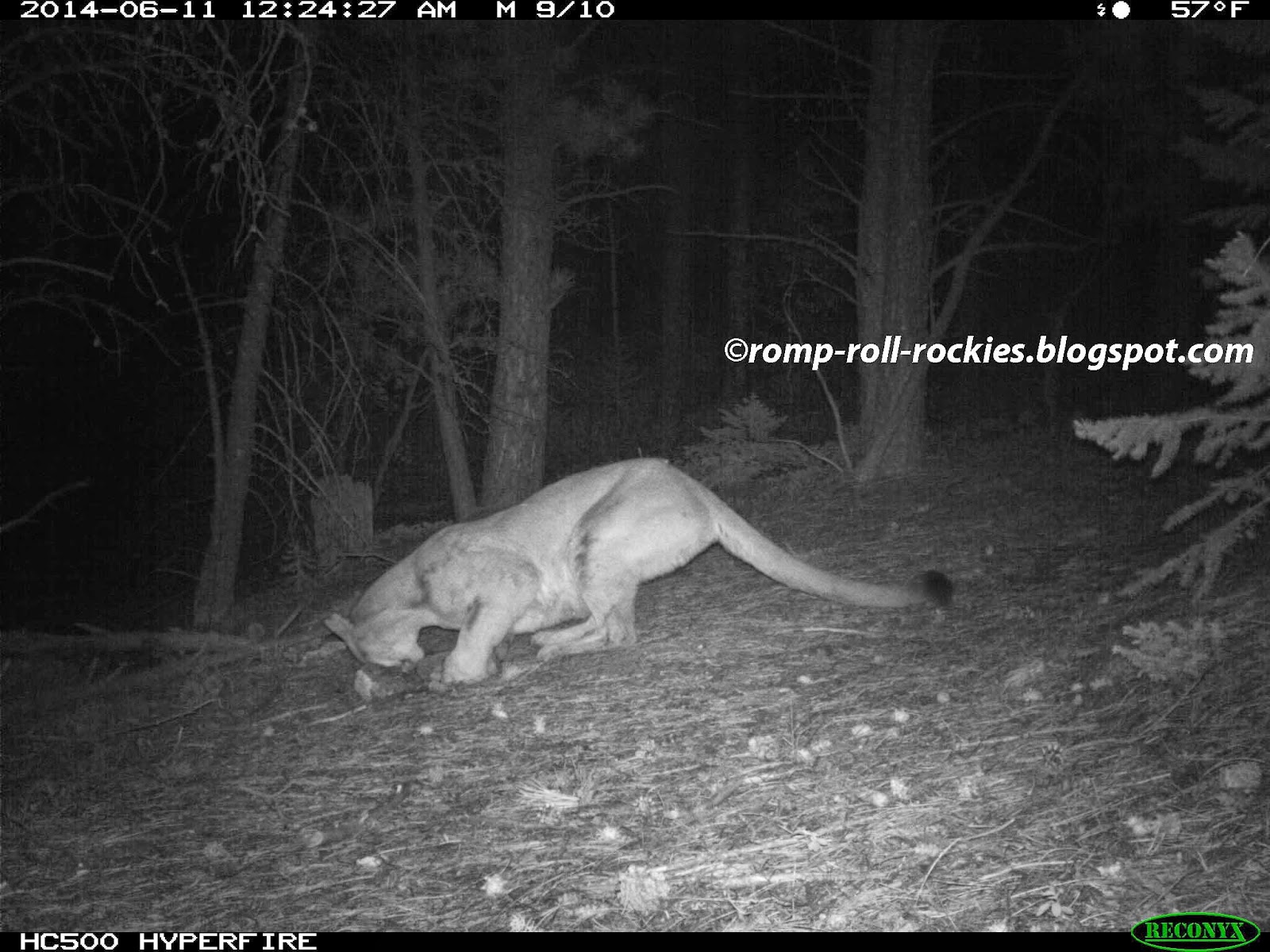 He looks so strong and agile. 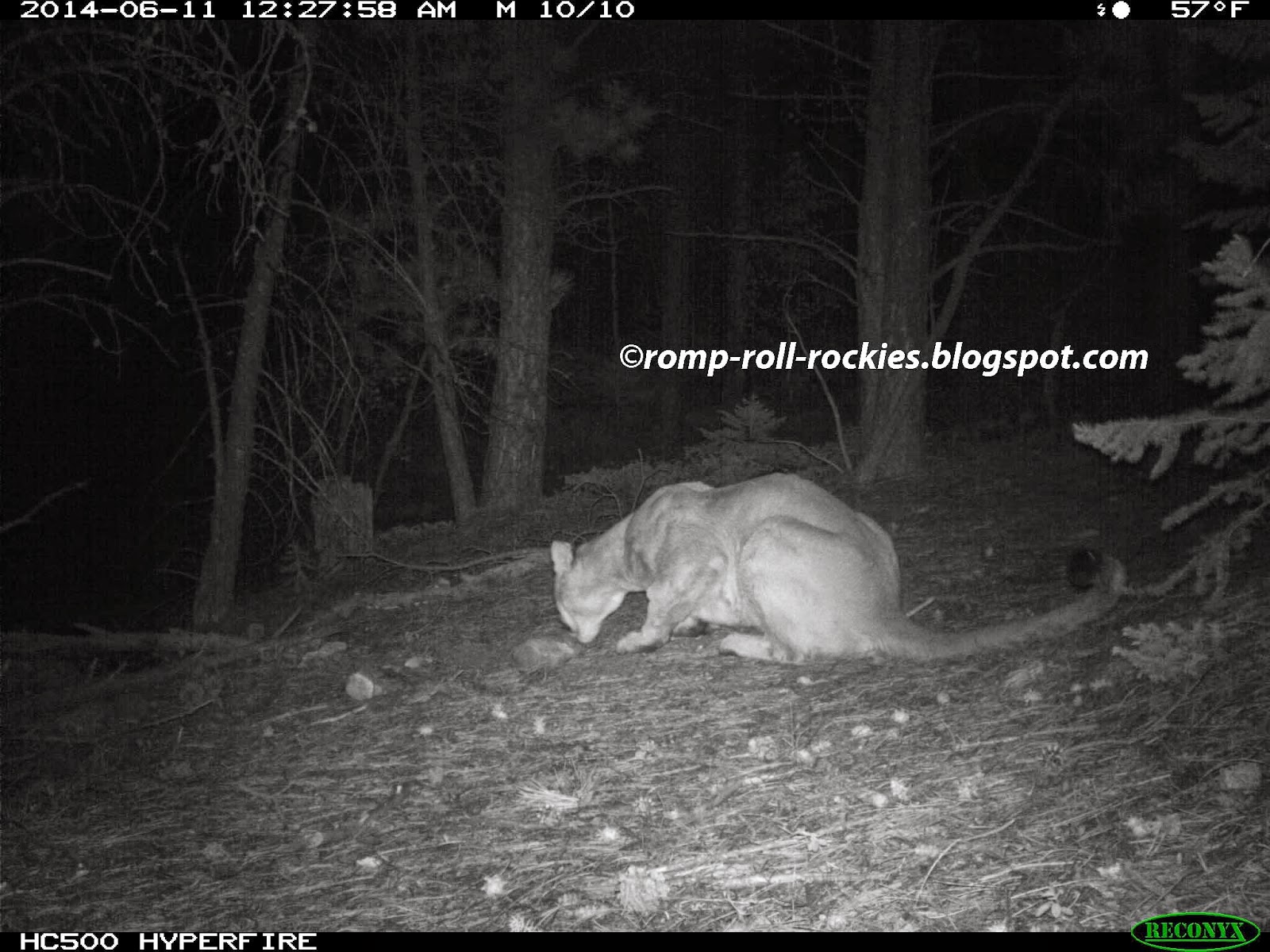 And then, he rolled over the spot. 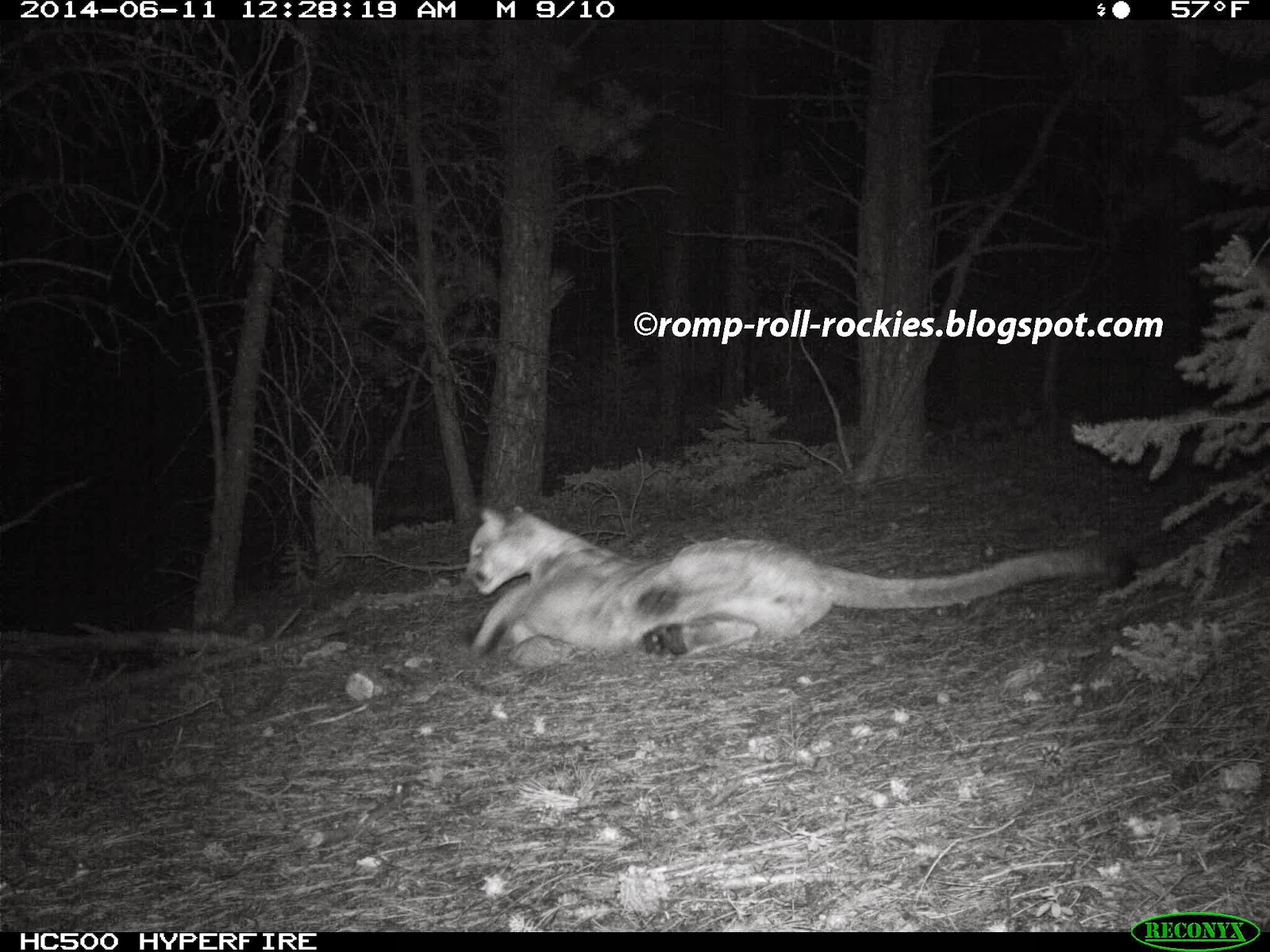 I've never read about mountain lions displaying this rolling behavior but I see it fairly frequently in the lions around here. It tends to be the smaller, perhaps younger, lions who do it. The big dominant male lions tend to scrape with their hind paws rather than roll.

Here are a few other mountain lion photos that I haven't shown you yet. The first two are from last Saturday. This lion spotted the camera's soft red glow right away. 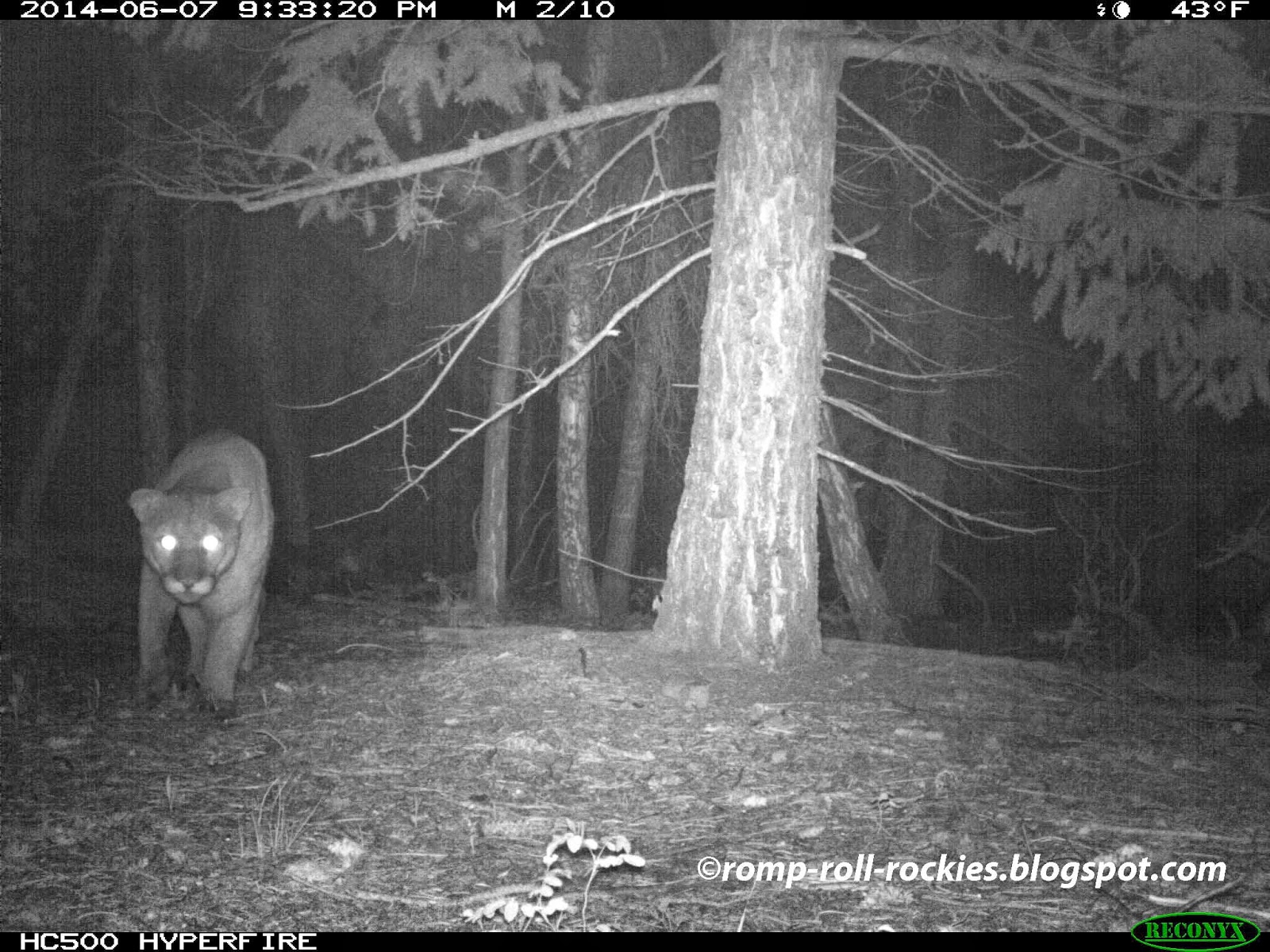 And, he walked over to check it out before departing. This looks like a youngish lion or a female to me. 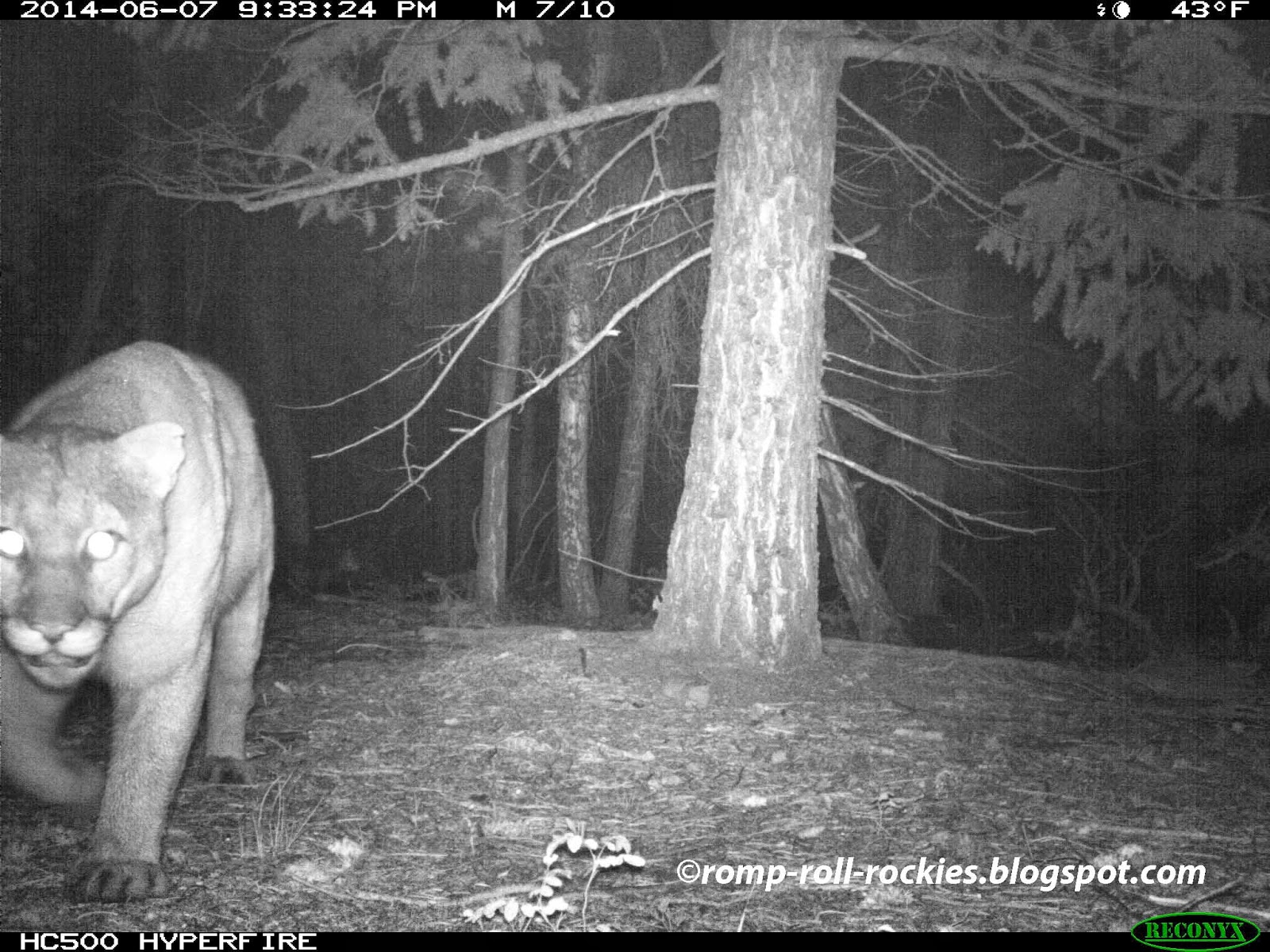 Here's another lion in the same spot in mid-May. This guy sniffed the scrape left by a previous lion, and then he scraped over top of it. 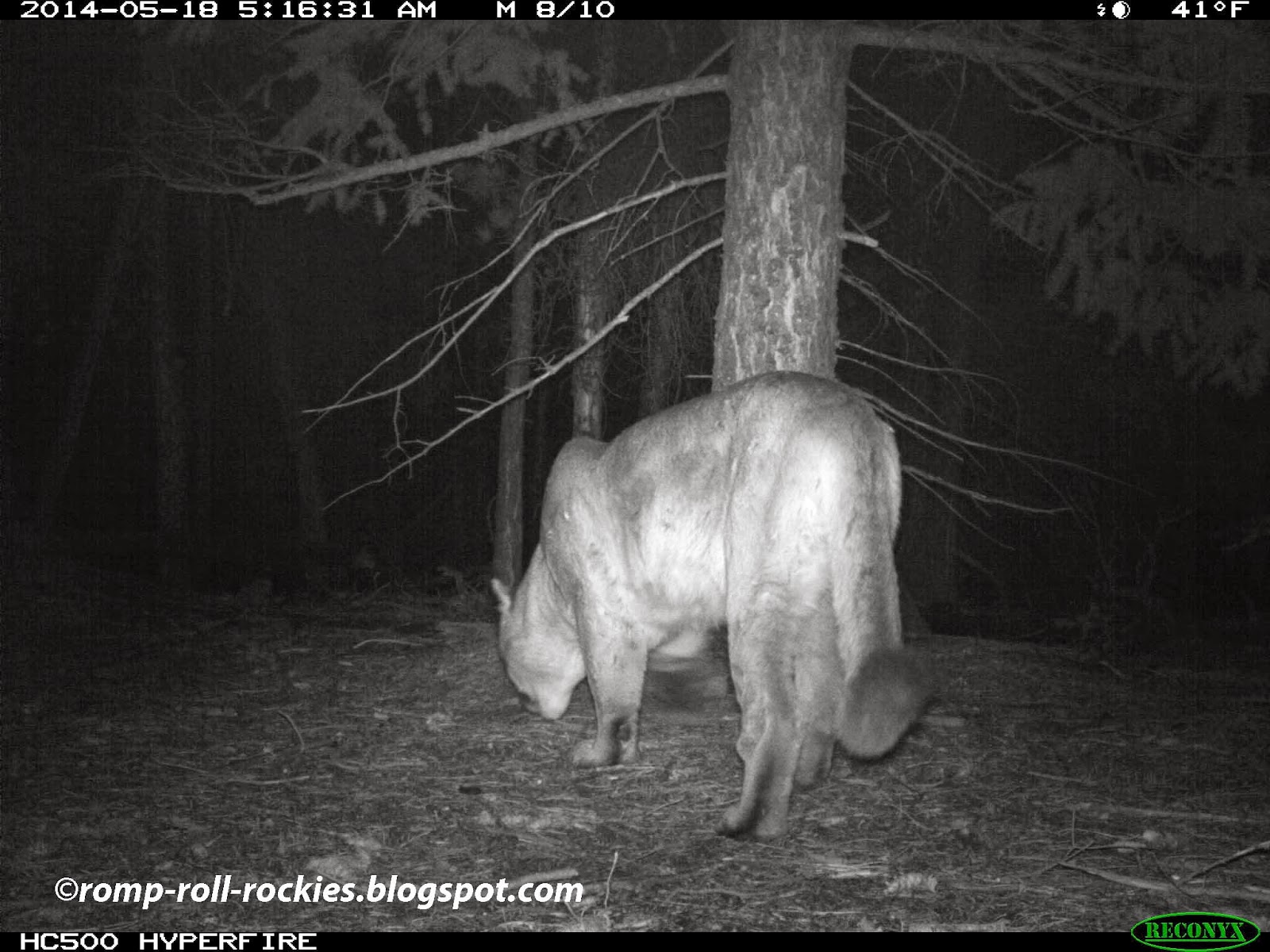 Going backward in time, this was at peak mid-morning hiking time on a beautiful sunny Saturday in May, and this mountain lion was about 30 yards from a "popular" trail (a few people per day travel on it). The lion is looking toward the human trail. I wonder if a person was on the trail? 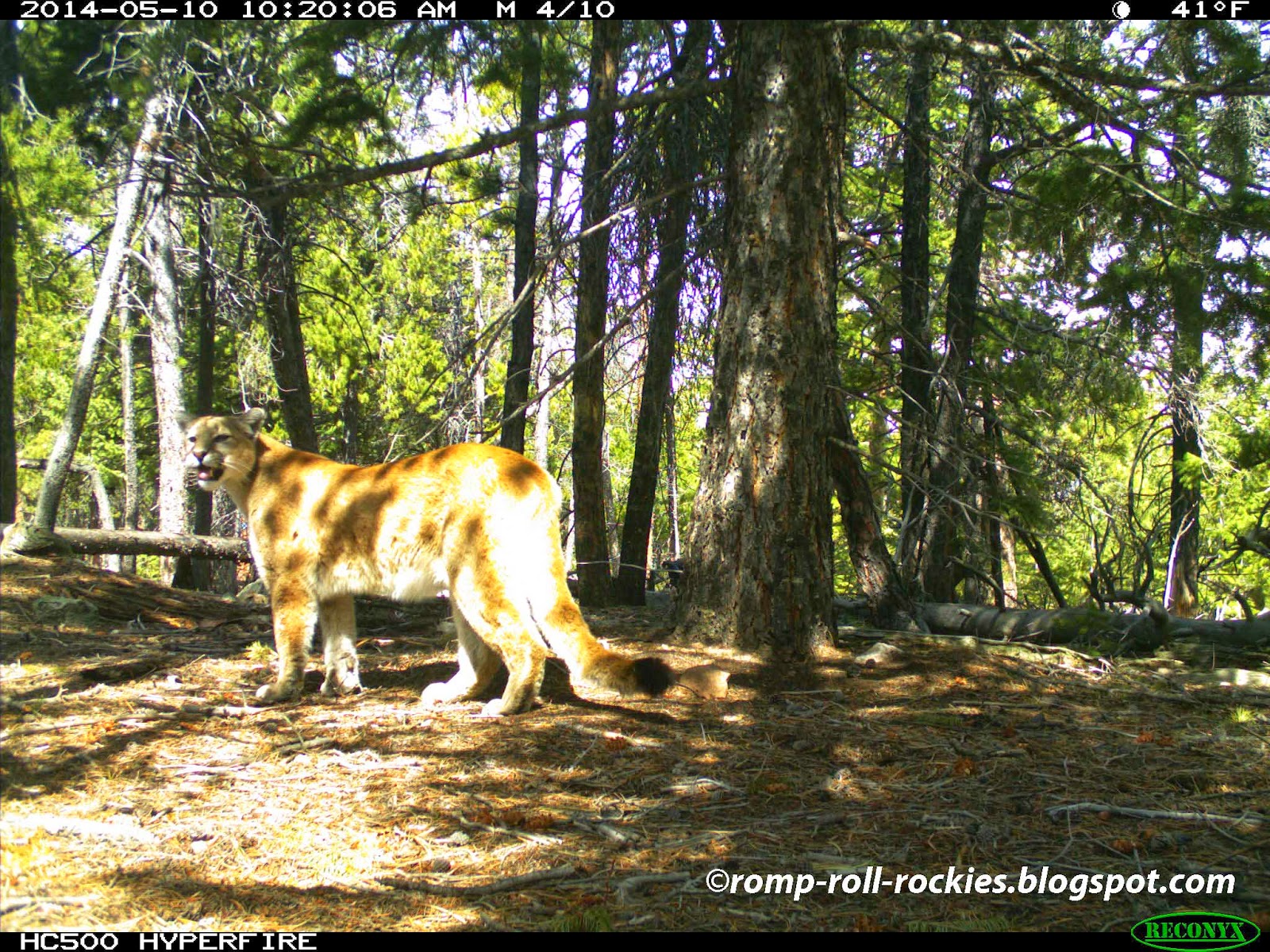 I have even more mountain lion photos that I haven't shown you yet... but I'll stop there for today. It gives you the idea that there have been many mountain lions nearby this spring.

Just a funny little note for you - I truly don't get scared as I check these trail cameras in places that mountain lions frequent. But, the other night, a bat suddenly started flying around our bedroom, for the first time ever. I completely freaked out - I was terrified of the bat. The Runner had to try to calm me down (and get me out of the room) before he could work on getting the bat outside.

I'm similarly afraid of mice. One time, we were driving on bumpy dirt road while on vacation, and a mouse fell out from under the LabMobile's dashboard onto the floor by my feet. I screamed, and the Runner stopped the LabMobile... but the mouse had already hidden up under the dashboard again. I worried about that mouse appearing again for the rest of our vacation. I had trouble sleeping because I was watching and listening for that mouse.

So, I'm terrified of small animals in tight spaces... but I can calmly see photos of a mountain lion who was recently next to my trail camera without freaking out at all. In fact, today, I took a macro photo of a flower next to a trail camera that had mountain lion photos on its memory card. 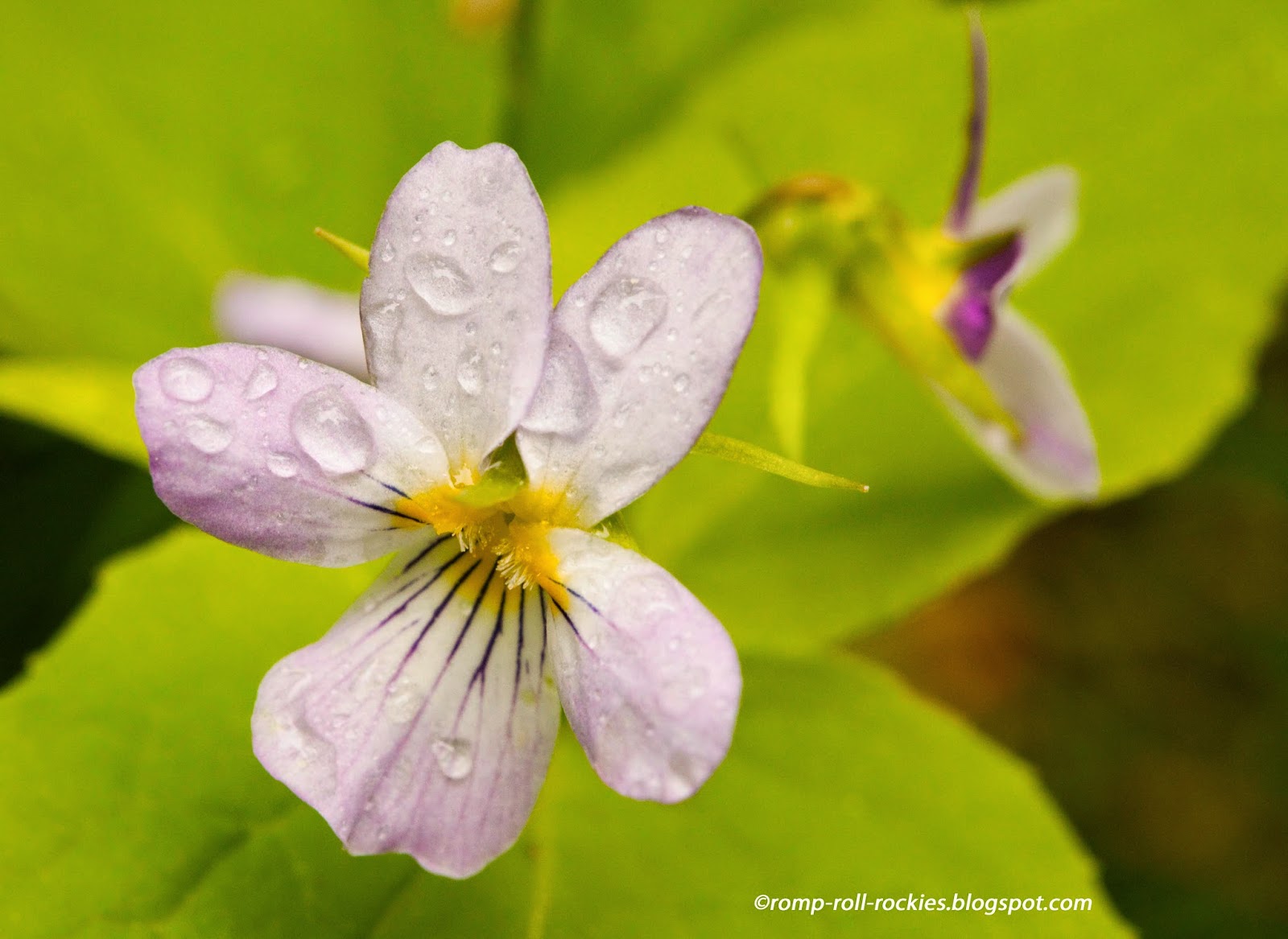 My irrational phobias help me to understand Shyla's fears a little better. The animals that I fear are not likely to hurt me, yet I can be completely paralyzed by their presence, just like Shyla gets paralyzed with fear by things that seem innocuous to me.
Posted by KB at 7:02 PM