Since we've returned from the desert, we've been settling into spring/summer life. Our world feels as if it was transformed while we were gone. When we left, there were about 20" of heavy snow on the ground. When we returned, the snow had all melted, the aspen trees had green leaves, and many flowers were blooming! 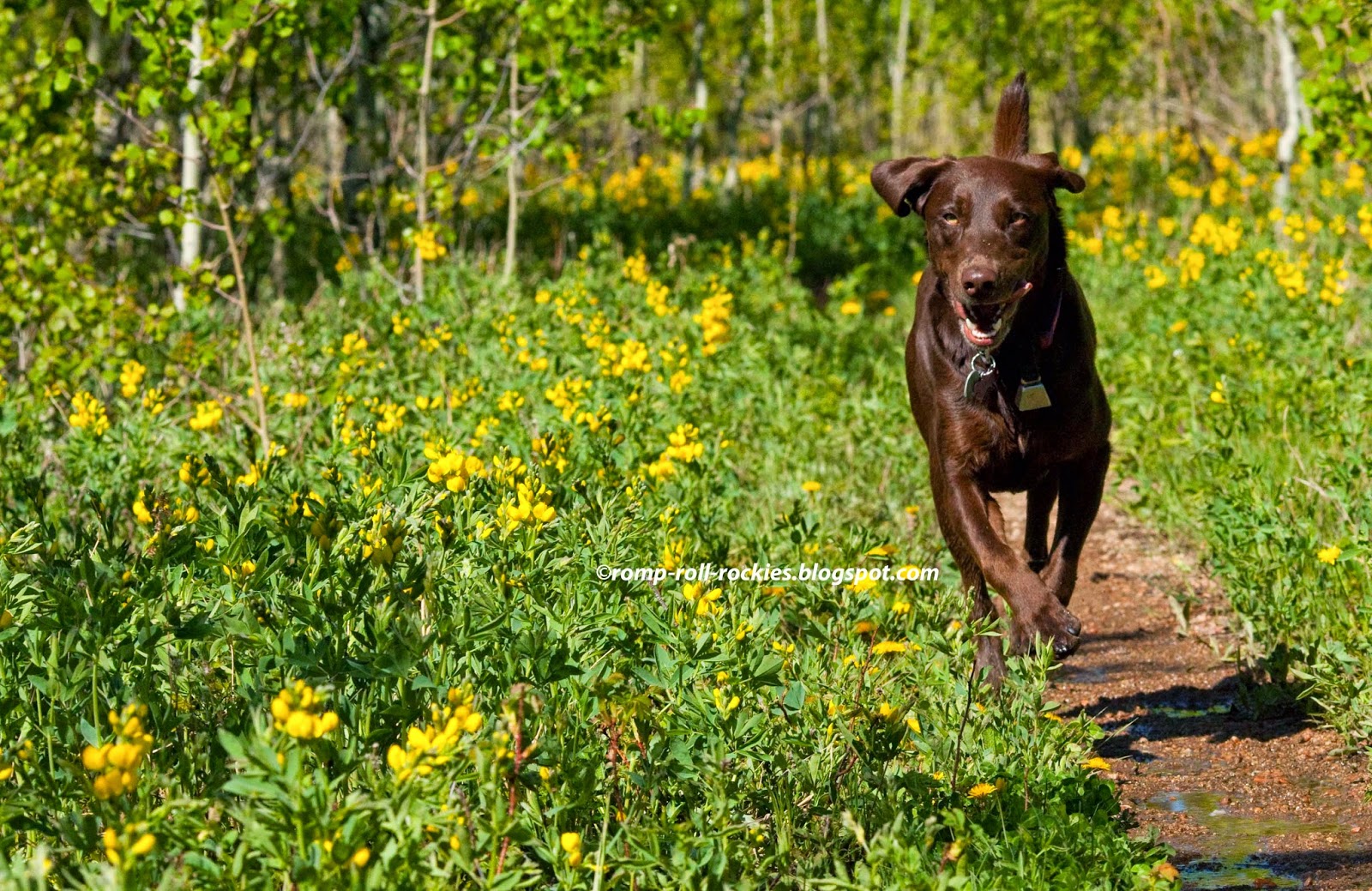 Shyla and I can take long mountain bike rides without running into snow drifts as long as we don't go too high in the mountains. 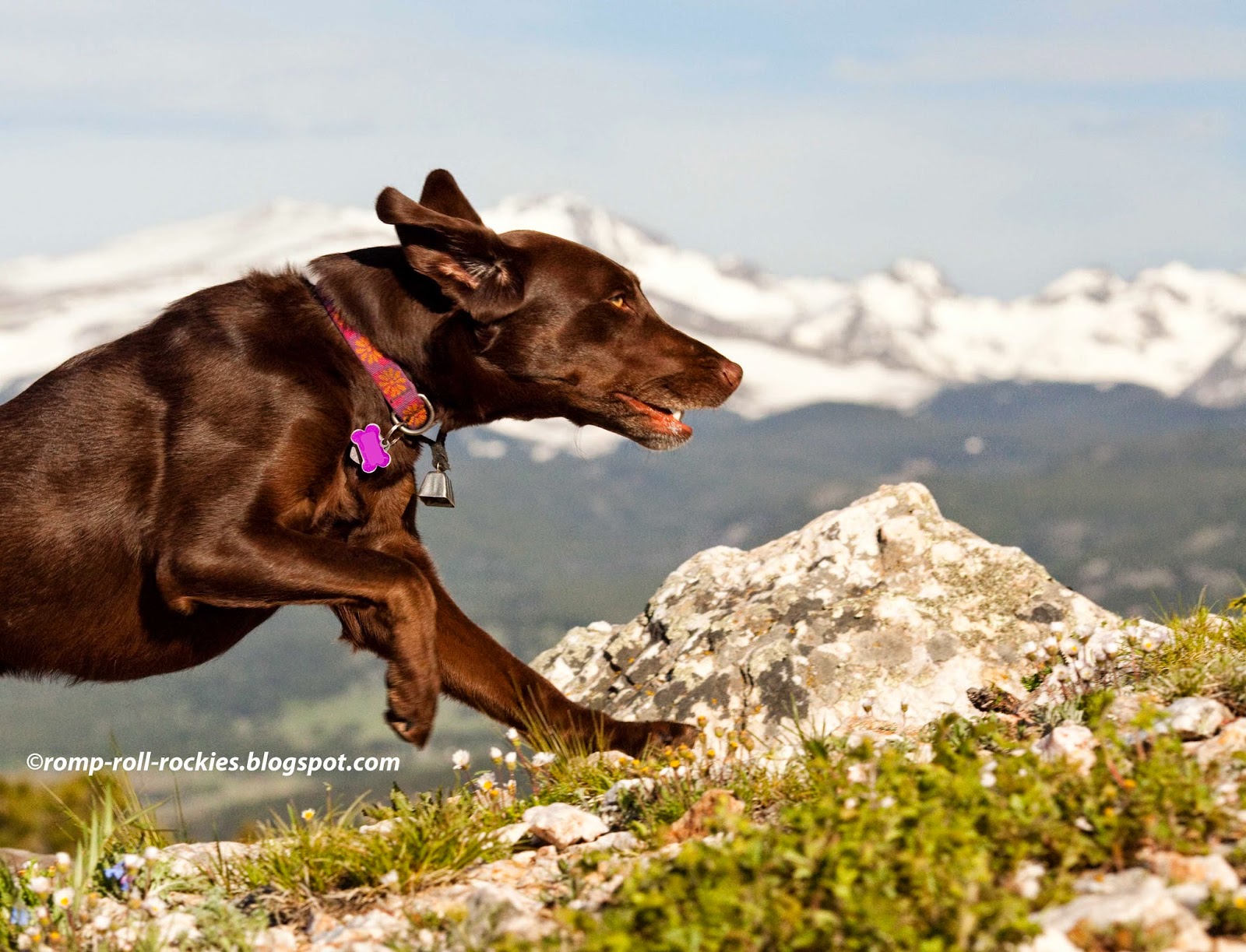 We've been lingering atop Hug Hill on many mornings, sometimes playing fetch there. Hug Hill is a very cold place in the winter but wonderful in the summer. 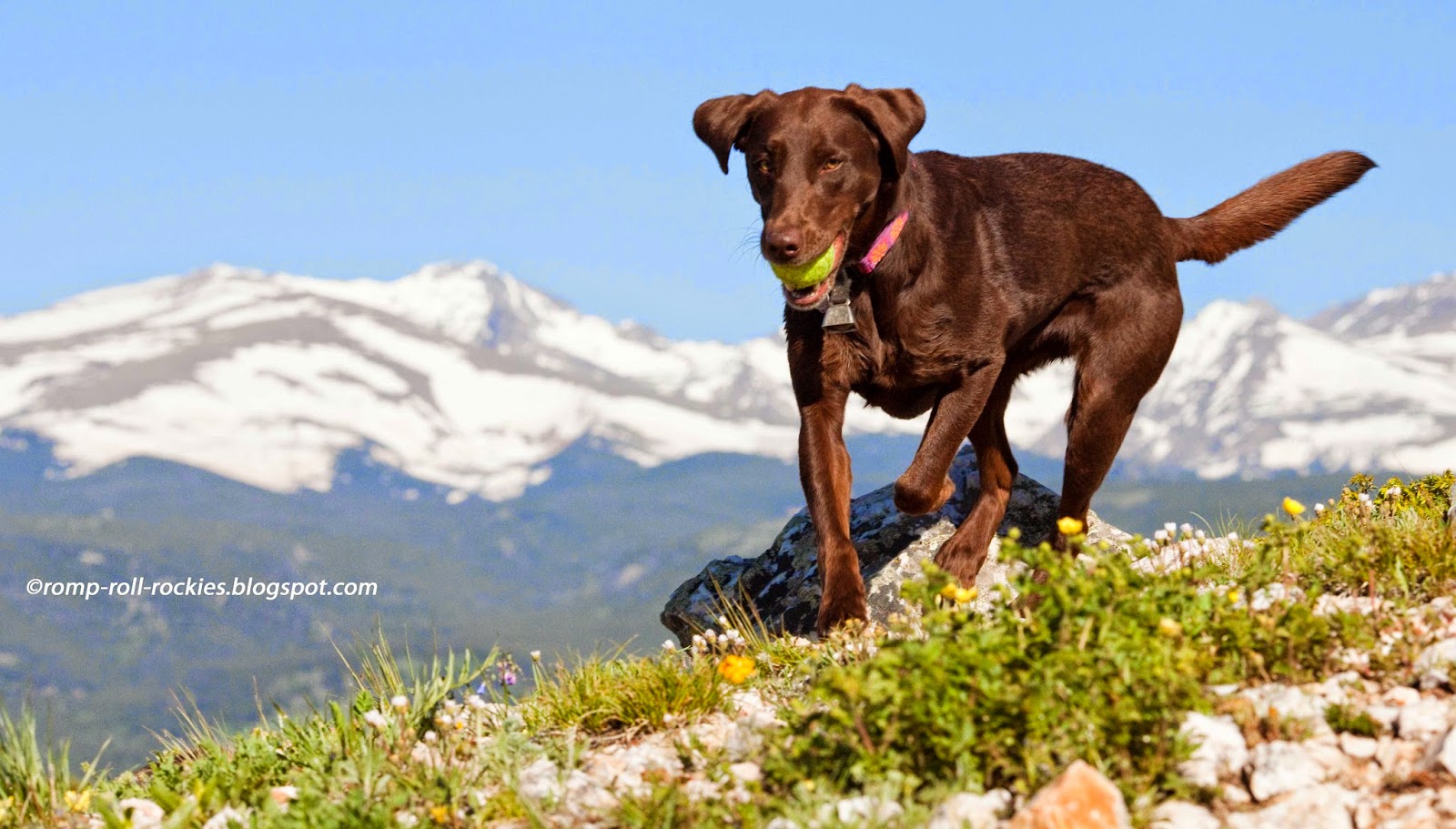 The black bears became very active while we were away. I discovered that both bear families that we followed last year had broken up. The mothers have sent away their young that were born almost 1.5 years ago so that they can mate again. I felt quite sad that I hadn't captured any photos of the families early this spring before they broke up for mating season.

My first hint that the families had broken up was that Cinnamom passed one of my cameras without any cubs in tow. 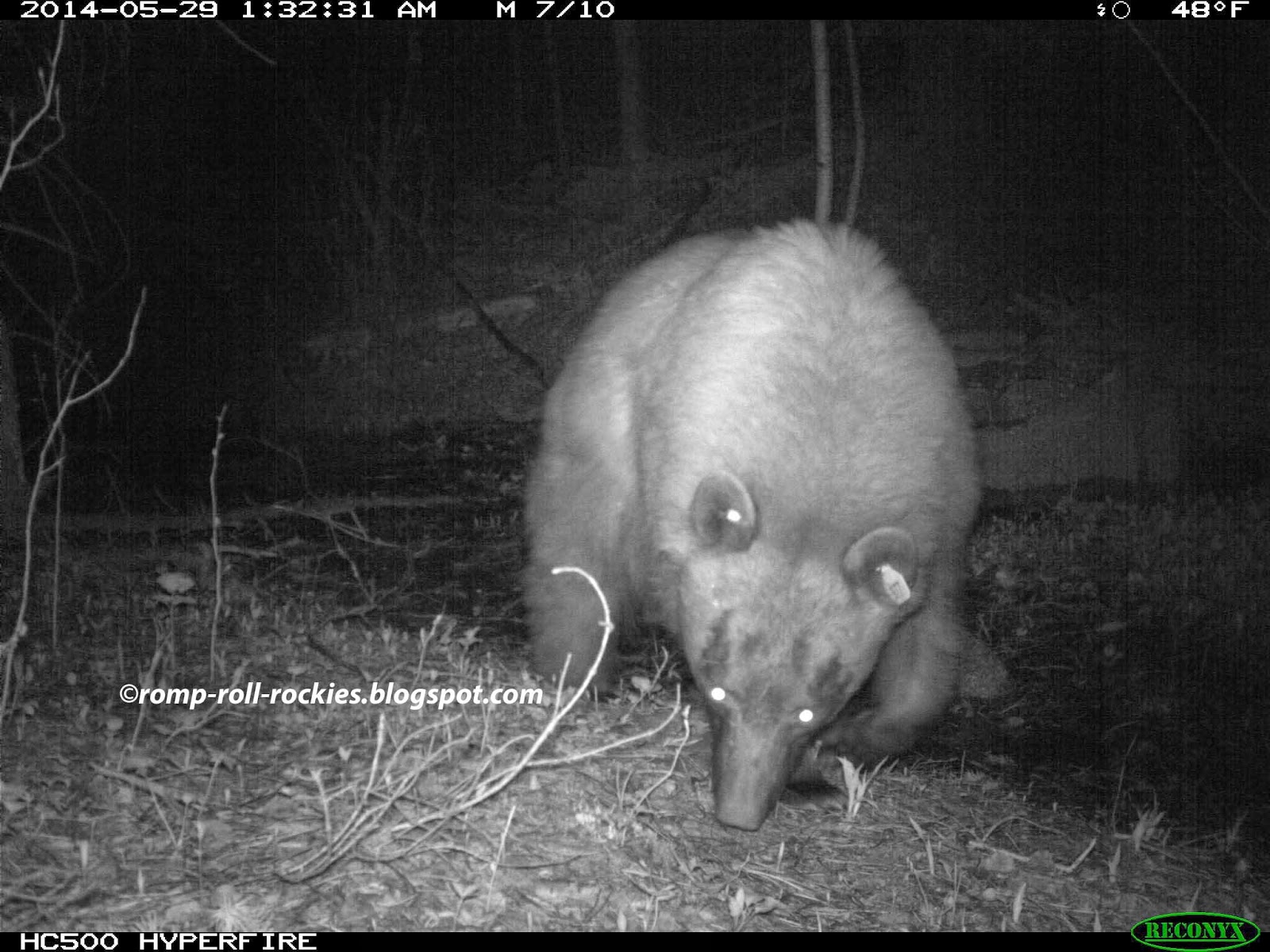 As usual, she curiously sniffed my camera but left it intact. 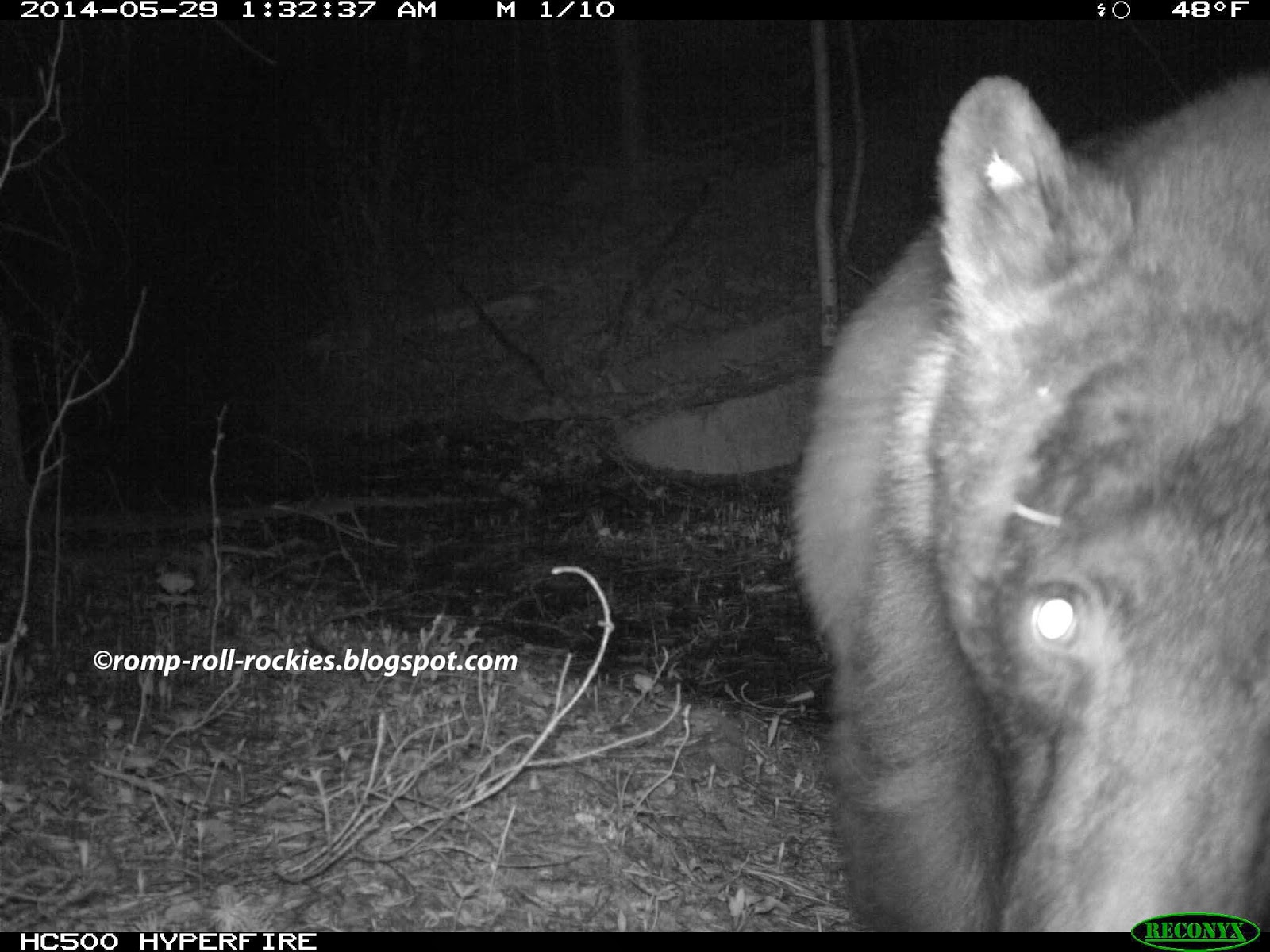 Many hours later, a yearling cub appeared. I believe that this was Cinnamom's cinnamon colored cub from last year. She's turning blacker with time, especially her legs and back. She reminds me of Socks, a young bear who is still in the area and approaching full adulthood. 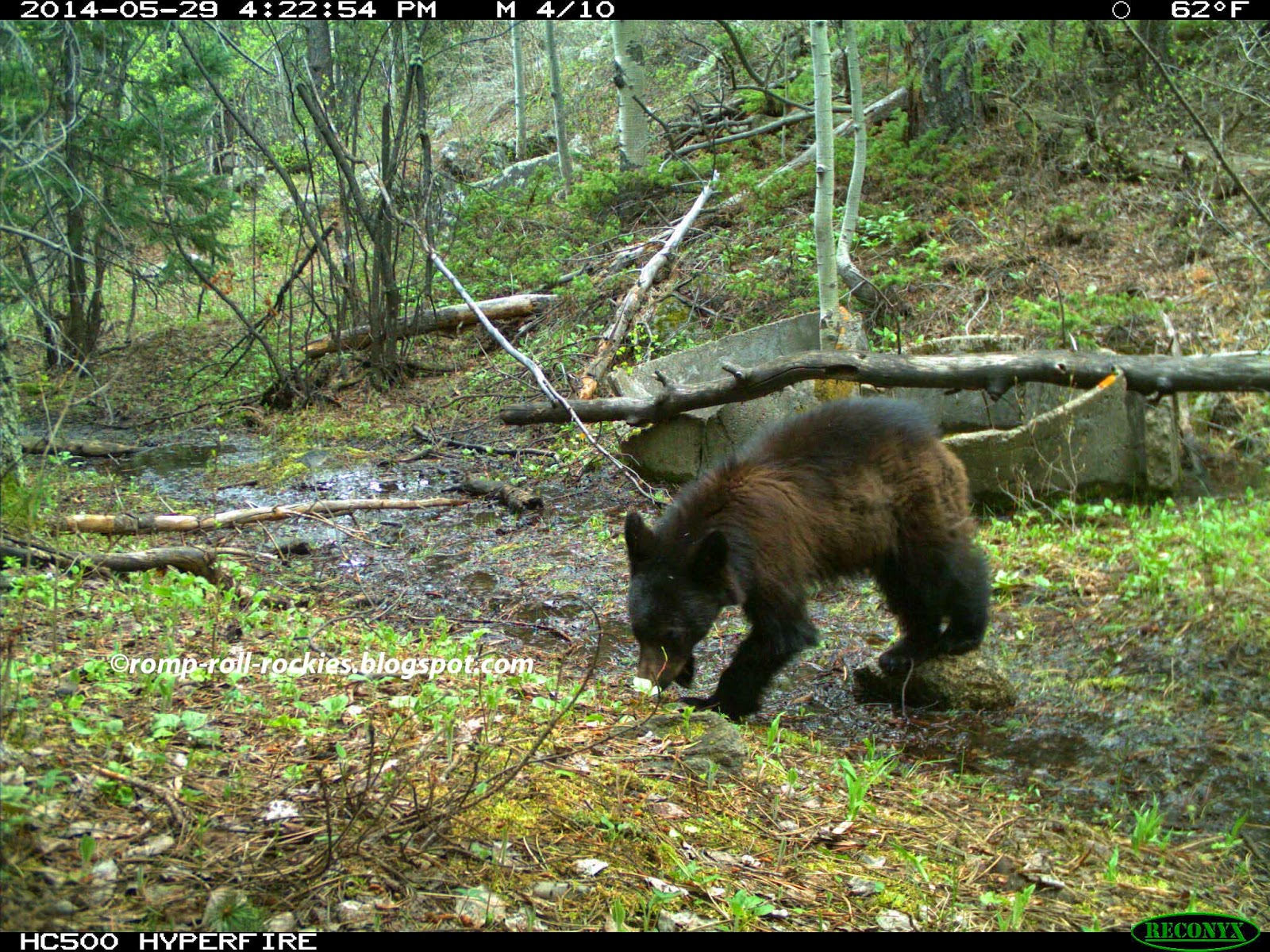 She approached the camera... 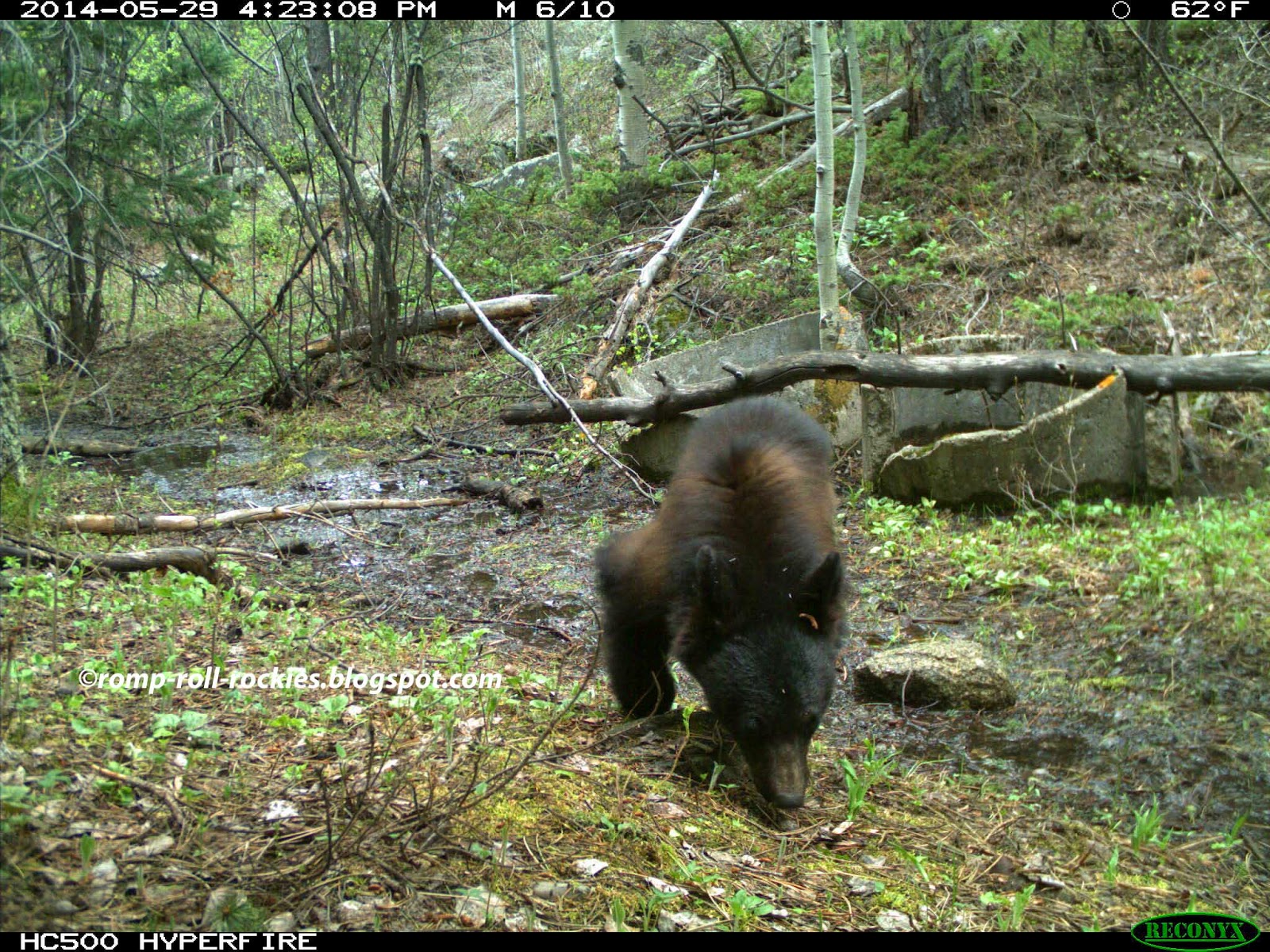 Gave it a "look"... (the trail camera switched over to nighttime mode for some reason). 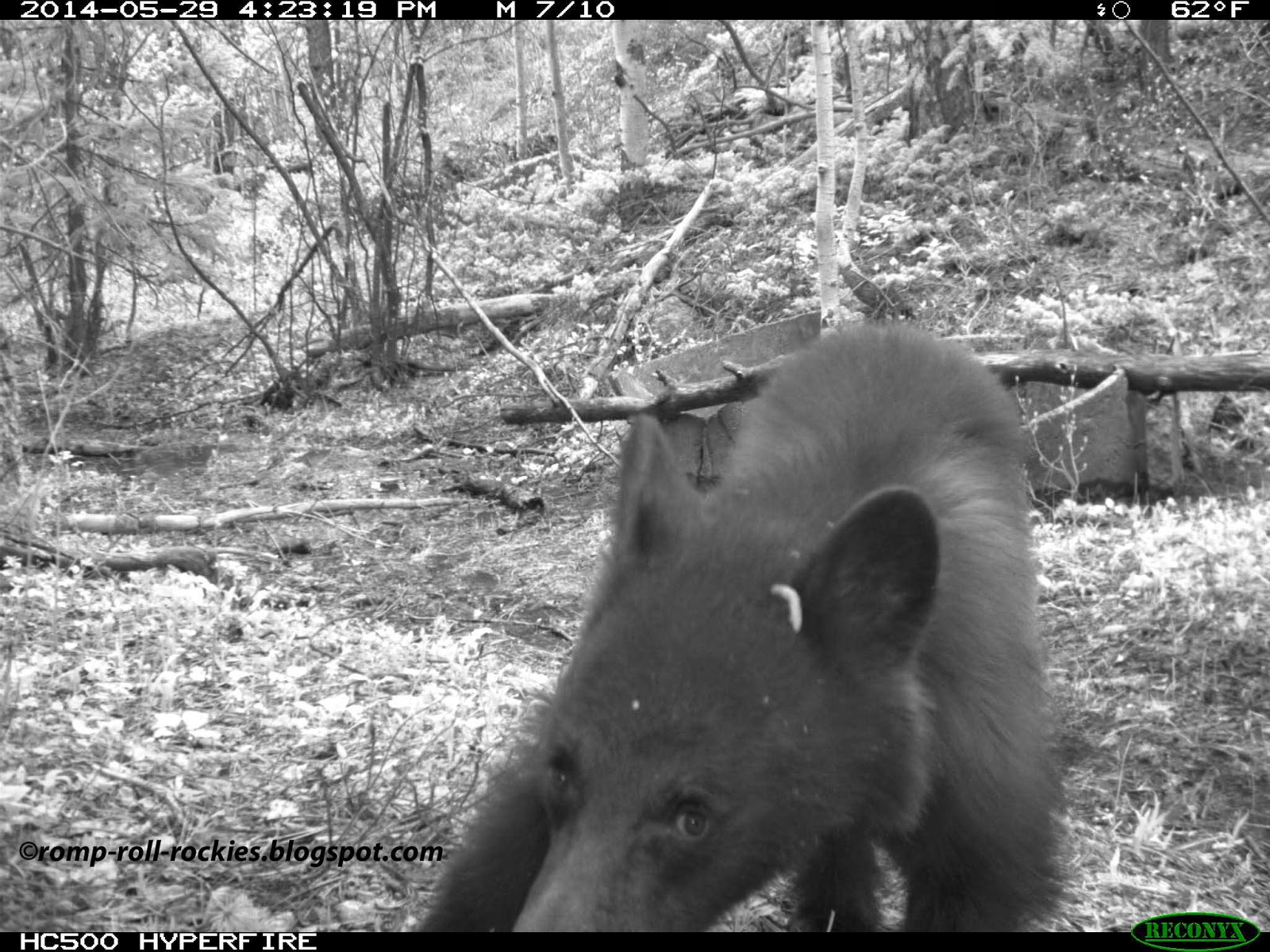 And then "she" stood up in front of it. This photo is how I know that she is a female. Female cubs are allowed to stay in or close to their mother's territory for their lifetimes. In contrast, male cubs have to travel, sometimes long distances, to find a niche where they can live. 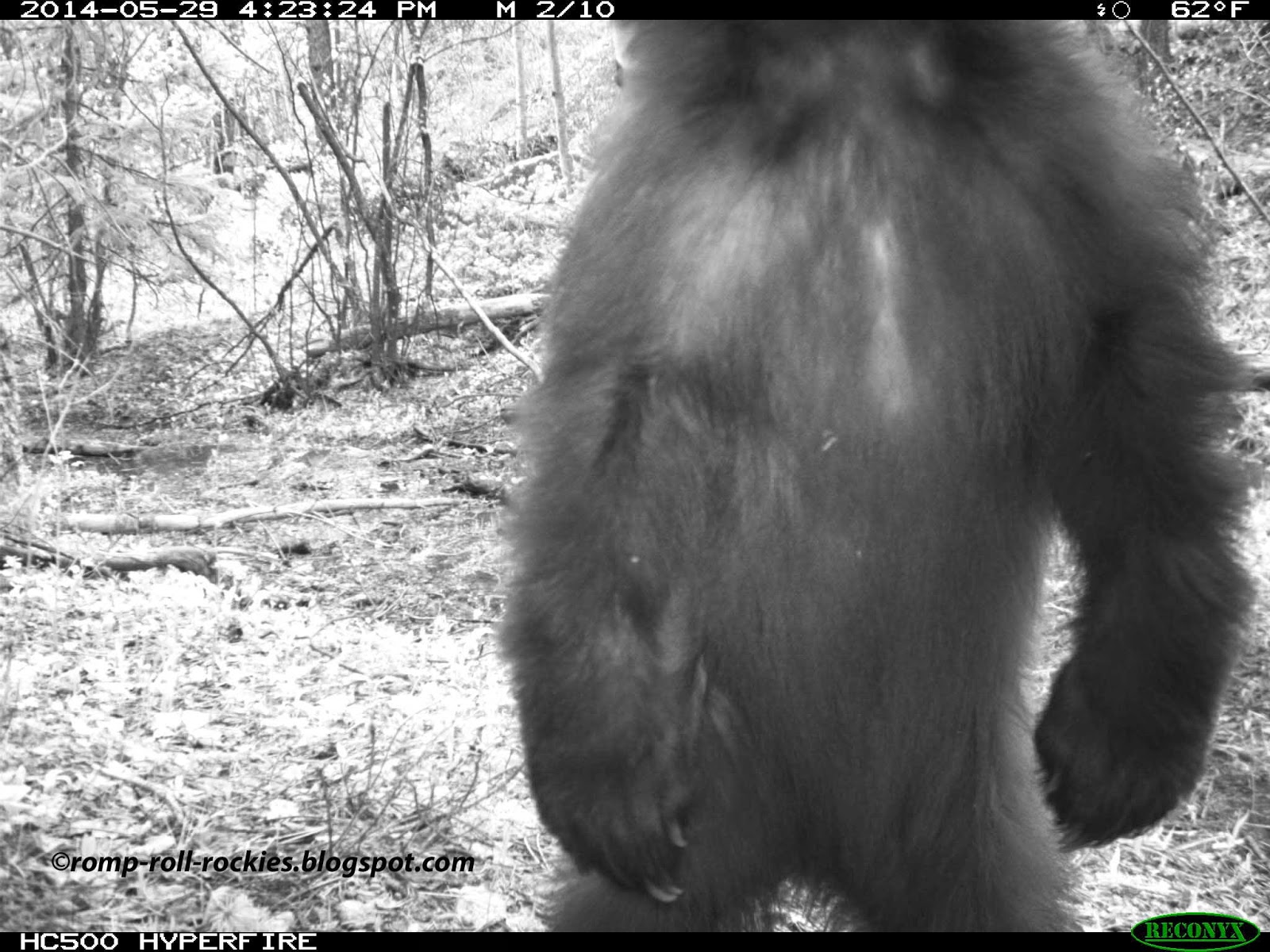 Hours later, Tiny, our biggest male bear, came along, probably following Cinnamom's trail from many hours earlier because it's mating season. Look how hulking he is compared to the yearling cub. 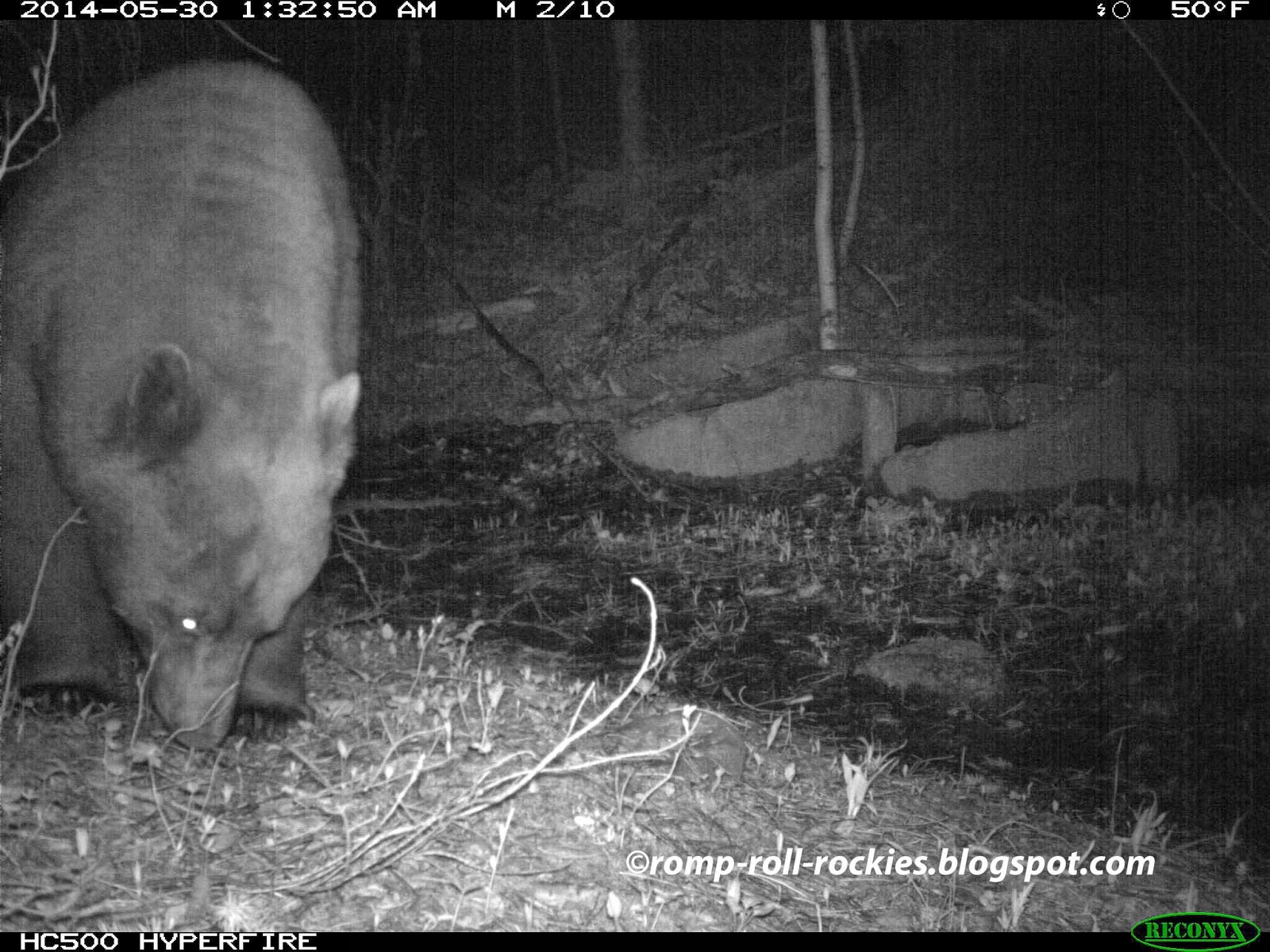 Back to the cub, I captured more photos of the cub a short distance away. Look at how she stands up to sniff a bear tree that has been marked by many bears over the years. 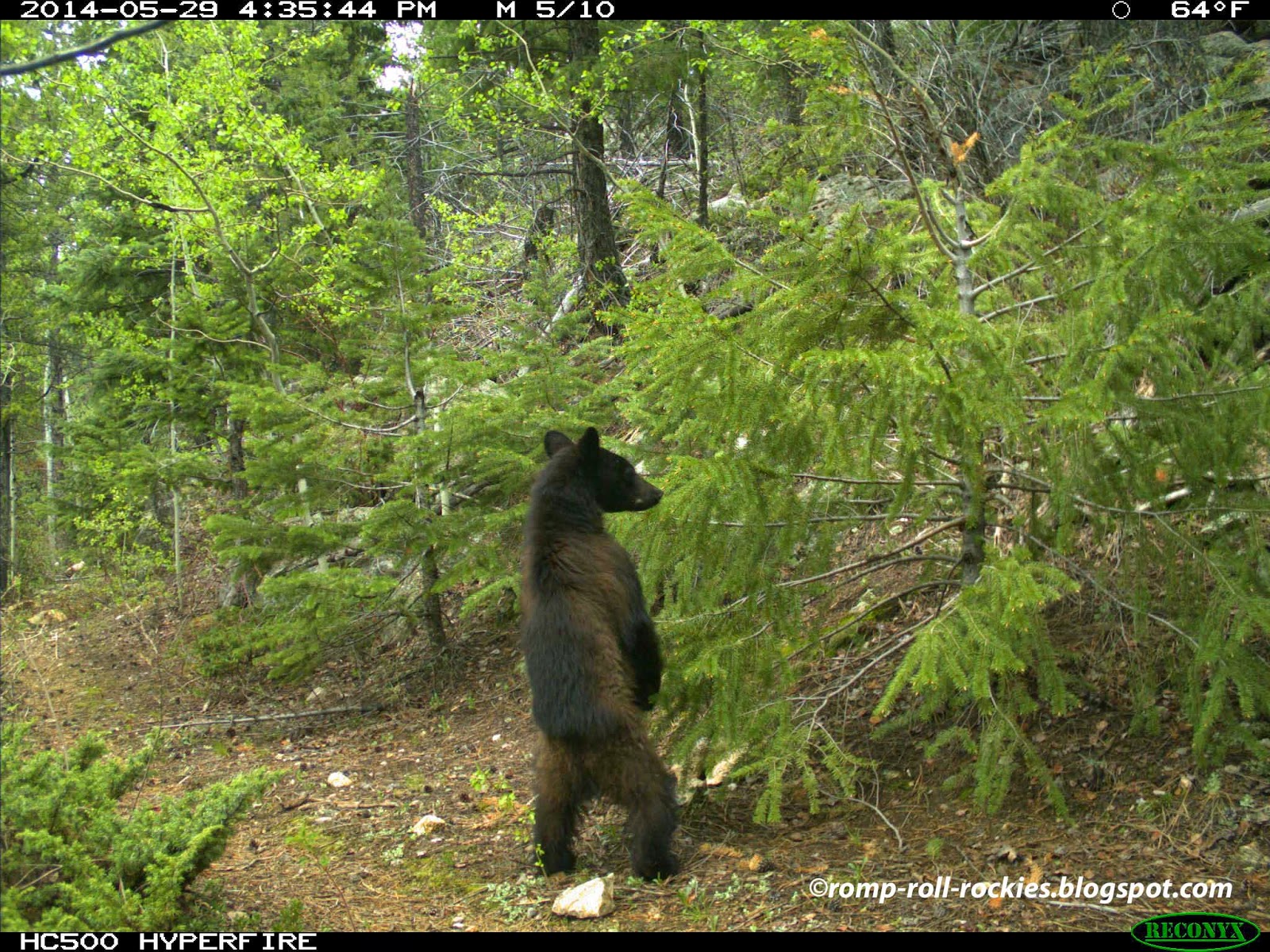 She looked a little funny as she maneuvered on her hind legs. 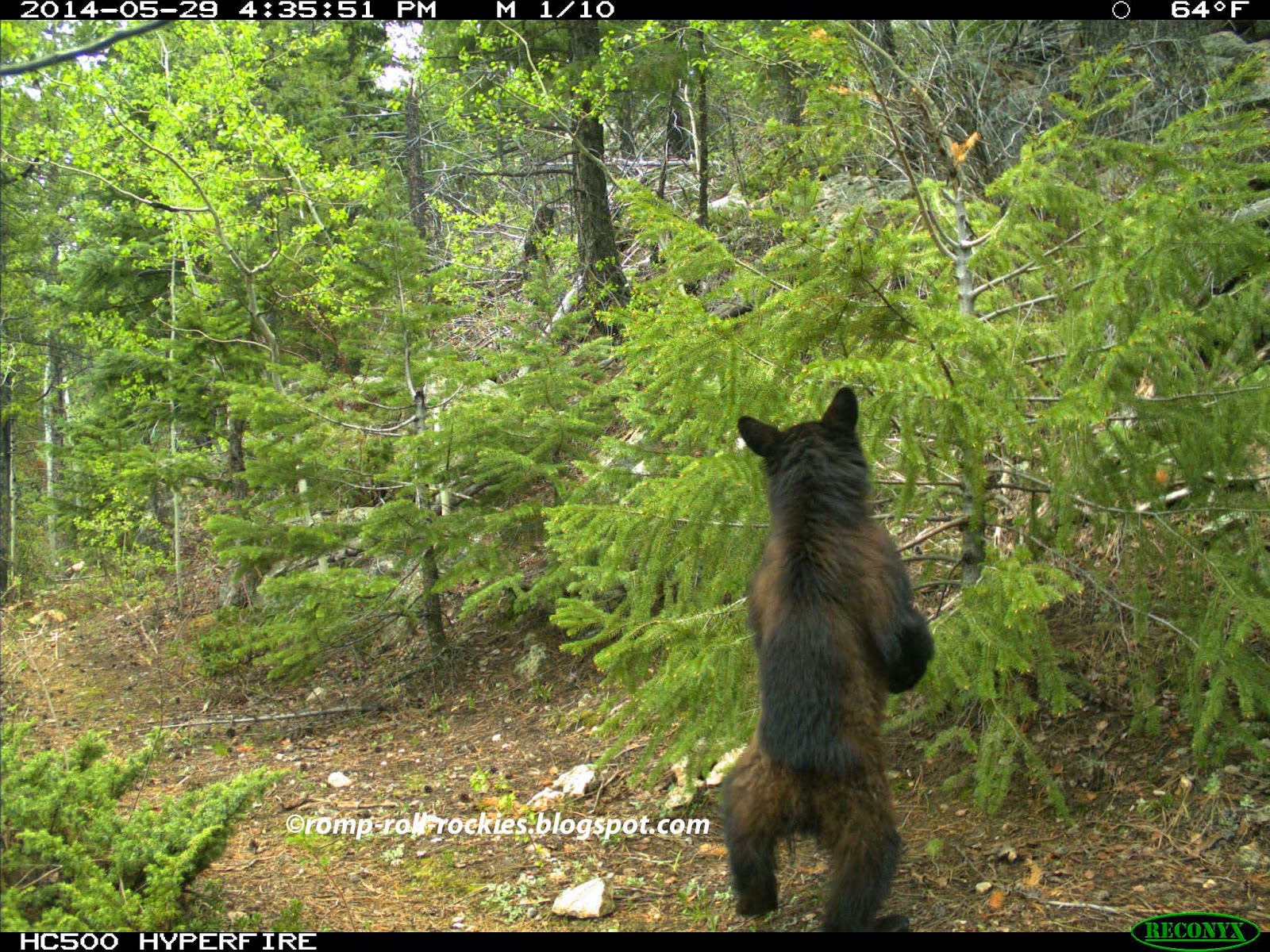 Then, the approach of another bear spooked her. She was gone in a flash. 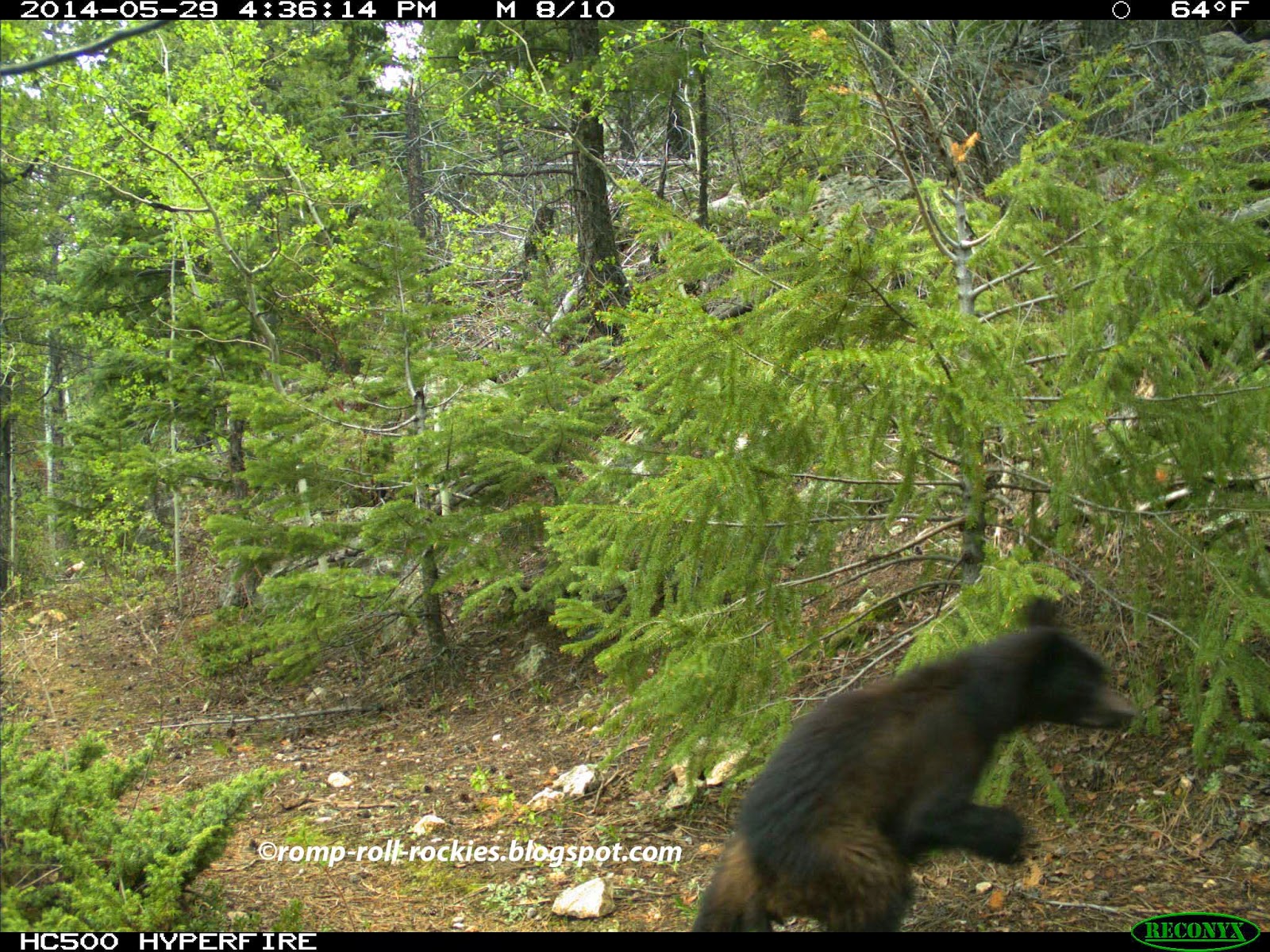 This was the other bear, probably Tiny but I'm not certain. He arrived only minutes after the yearling cub departed. 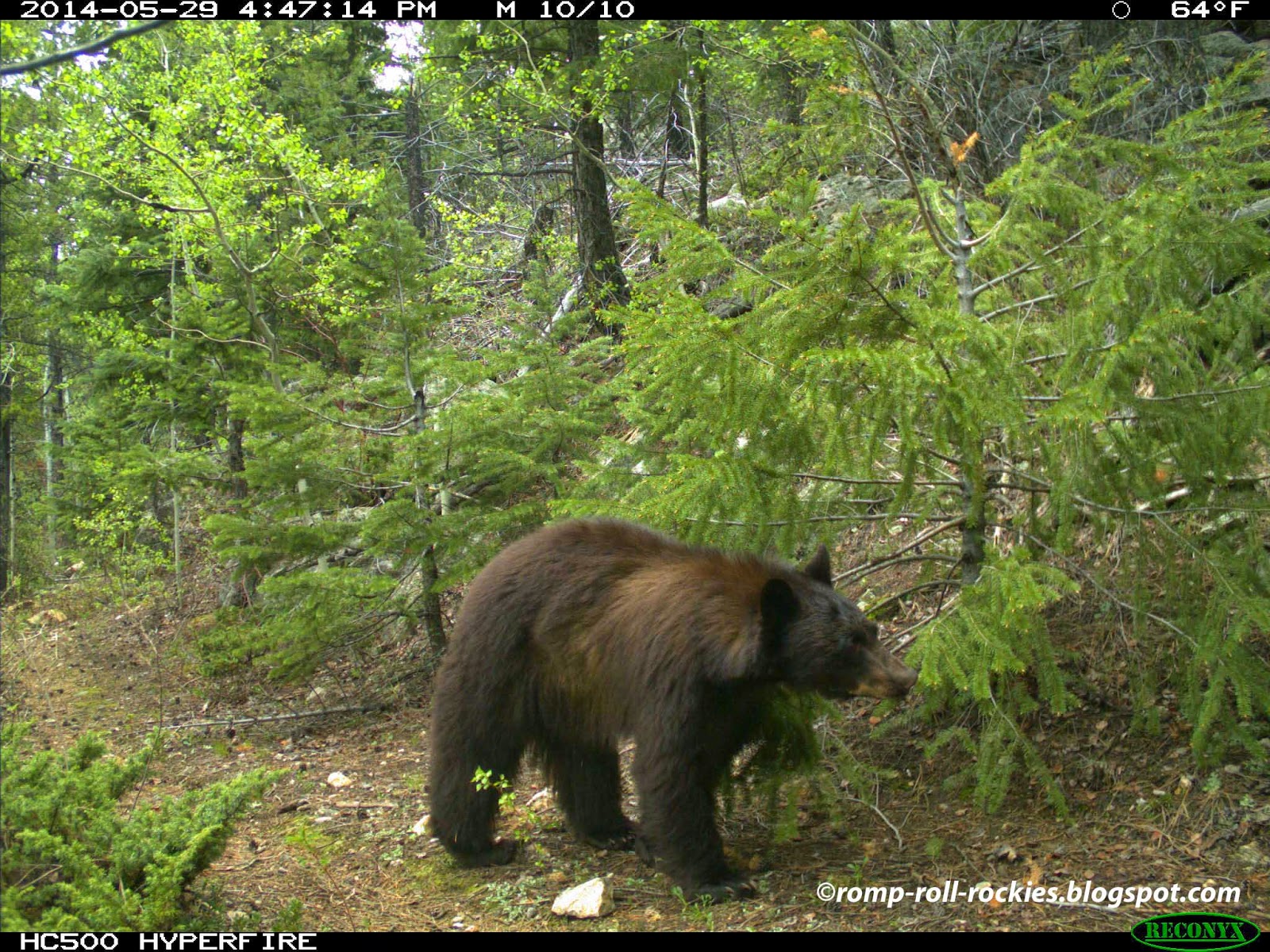 Tiny has been marking that tree almost daily. Compare his size to the yearling cub's size. It's easy to see why the cub fled when she heard or smelled a full-grown bear approaching. 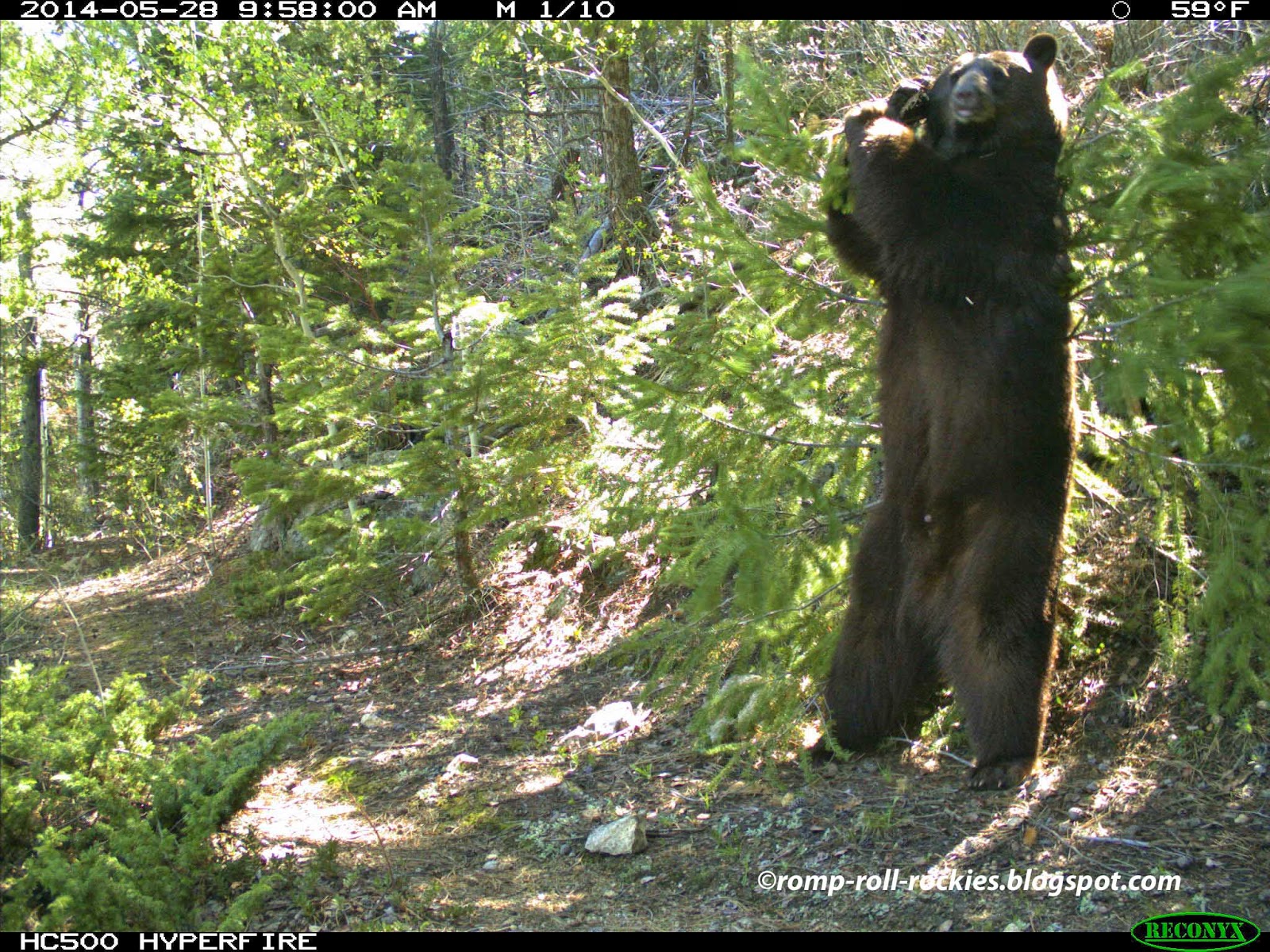 I love his antics to spread his scent on as much of the tree as possible. He grabs branches and rubs them on his head. 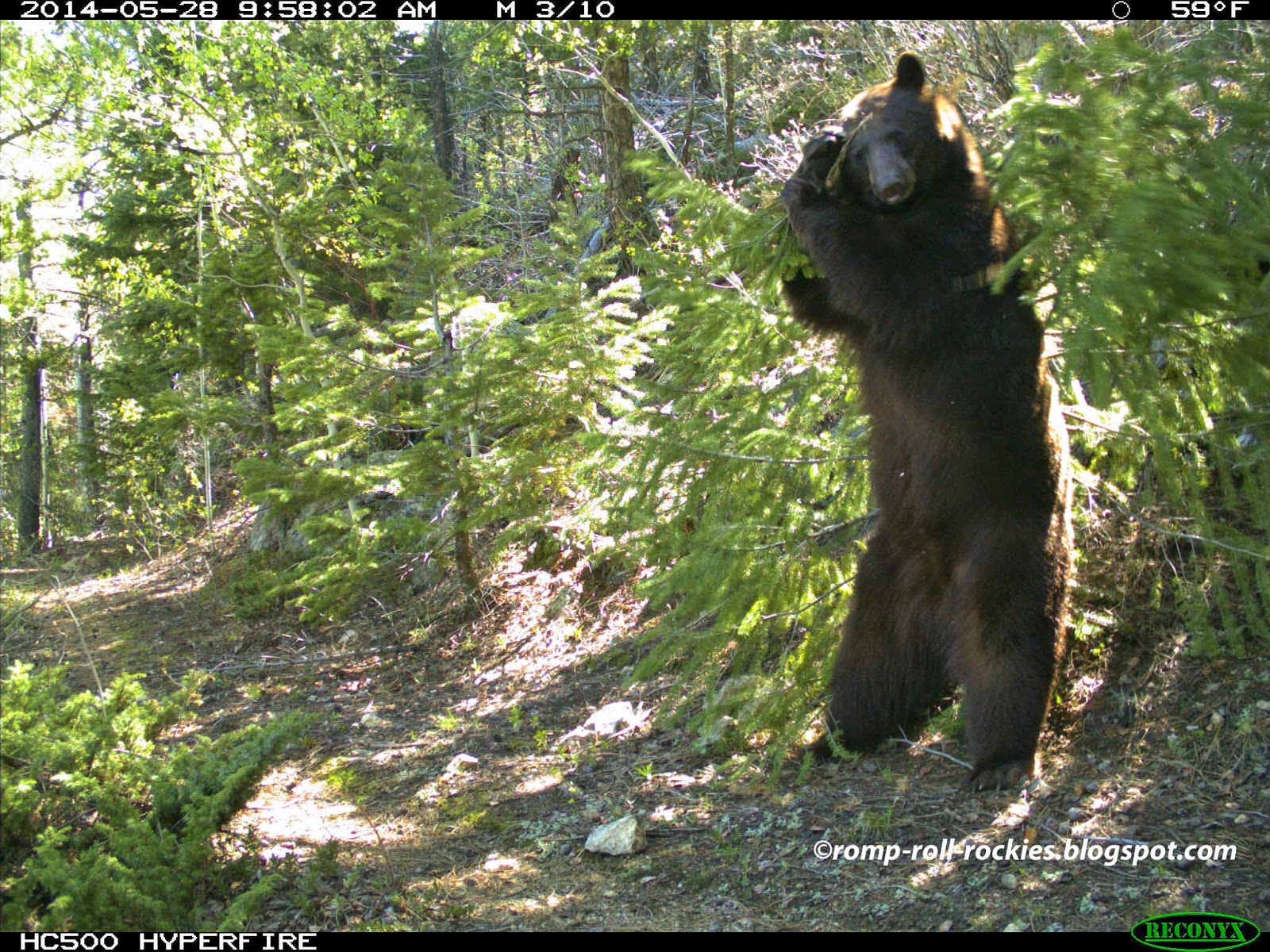 So, in every way, spring/summer is upon us. I love this time of year - it's so full of promise of an amazing few months ahead of us. But, of all the months, I love June the most because the bear activity is so intriguing.
Posted by KB at 5:52 PM