I love taking star photos when we're in the desert. The sky is so dark and the stars shine brilliantly. Often, there are unique rock formations to use as the backdrop for the stars.

At one of our campsites, I desperately wished that the view toward these cliff walls would yield good star photos. Alas, the cliff walls are to the west, and I've never managed to get good night photos that include the distinctively sculpted cliff walls. 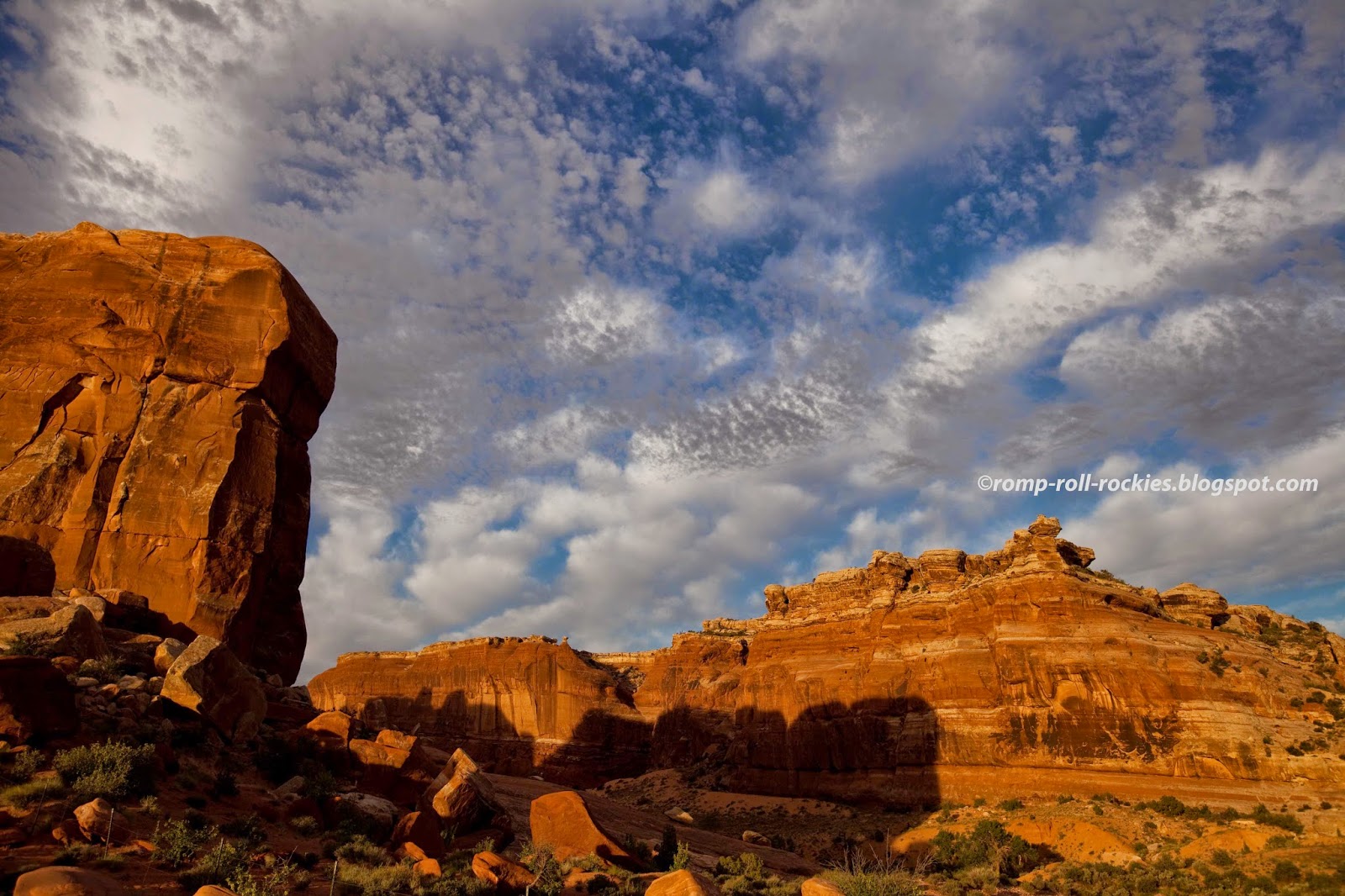 To the north of the campsite, there is an active earthquake fault. Over eons, the fault has thrust "stuff" up above the ground to make a wall of unique-looking rock. It's reddish, and its shape is pleasing for photos.

So, I set up my camera there on several nights, with the rocks over the fault in the foreground and the North Star in the background. I tried different camera settings each night. One tough part of our camping trips, as a photographer, is that I cannot look closely at my photos or process them until I get home (because we have no access to electricity sources and no laptop with us).

That means that I try different settings for my star photos each night, hoping to learn later which one was best. For this site, I believe that nailed the settings best on our second night there. This photo is a composite of 4 hours and 15 minutes of 4 minute exposures with 5 seconds between exposures to let the camera store the files. I have an "intervalometer" to control my camera, opening and closing the shutter at pre-programmed times, so I can sleep while it does its work. 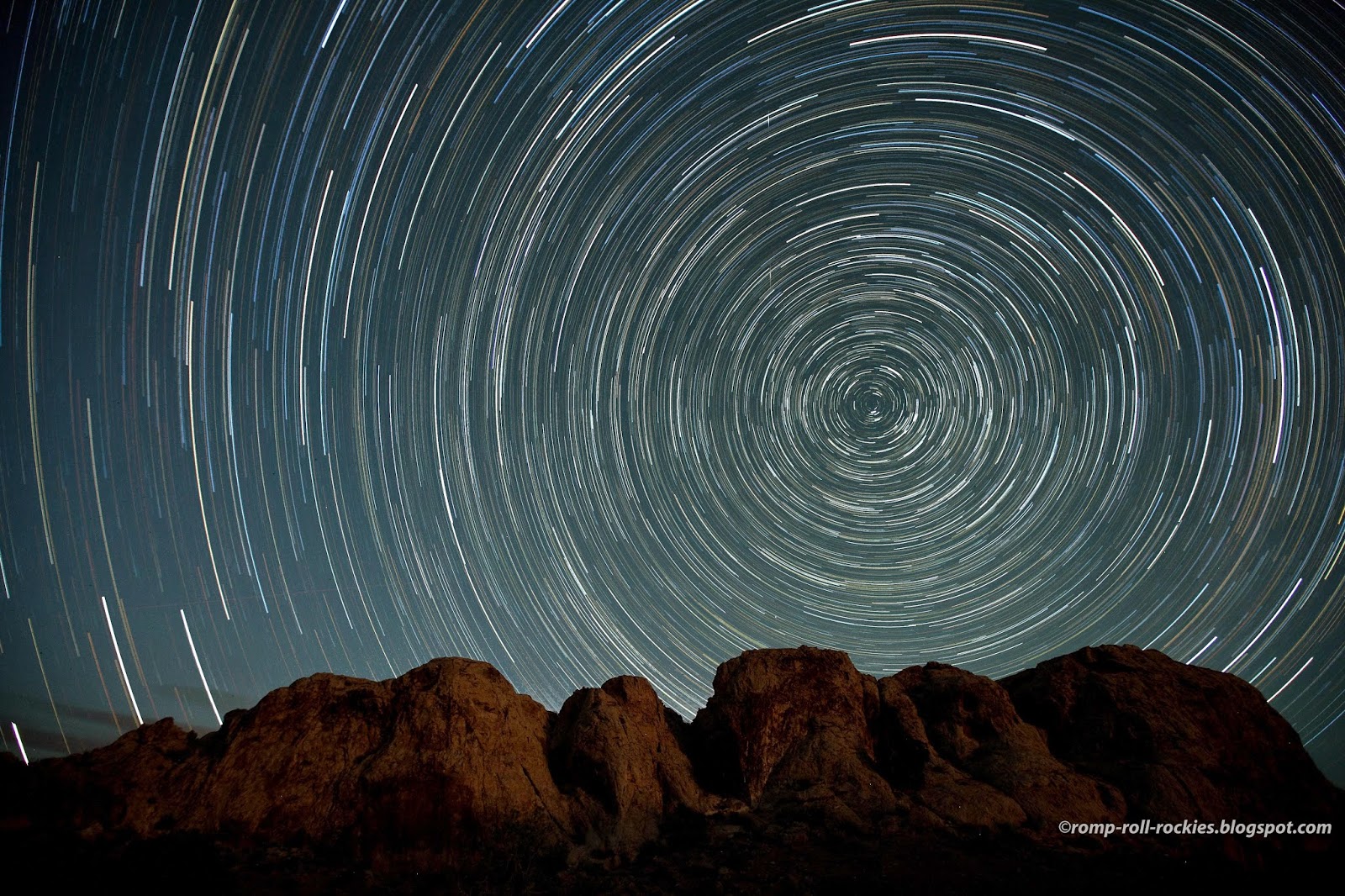 The camera kept taking photos through moonrise, and the reddish hue of the rocks is from the moon that has just risen off to the right of the frame. I used a computer program to superimpose all the exposures so we can see the star trails.


After a couple of years of experimenting with star trail photos, I have to say that this one is my favorite so far. If you look very very carefully, you can see a faint shooting star that streaked from the top of the photo, just to the left of the North Star.

R agrees! He gave this photo two dew claws up! 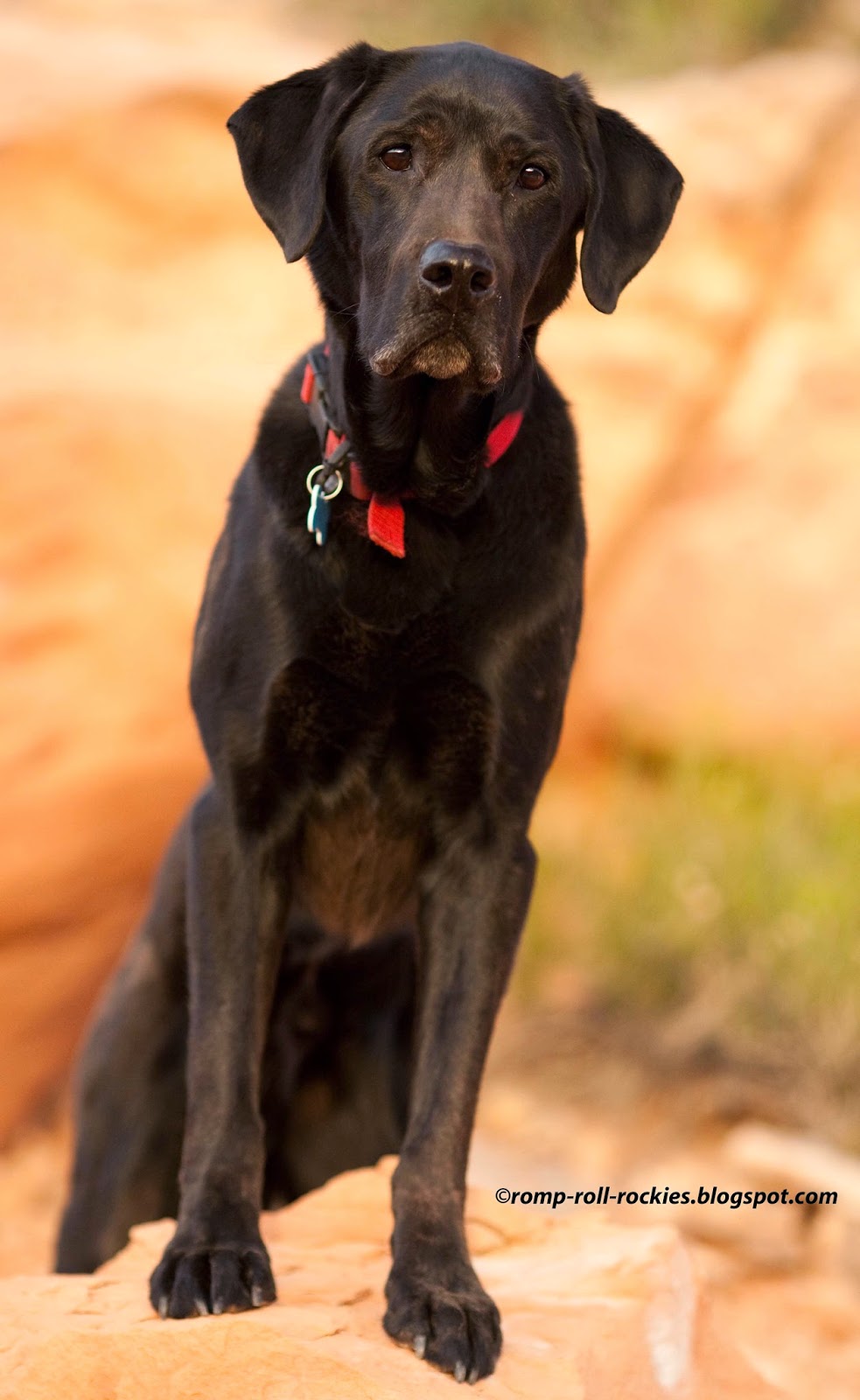