Summertime and a Wildlife Mystery

The idyllic spring-summertime is continuing here, with enough rain that the fire danger isn't even an issue yet and the wildflowers are lasting a long time. 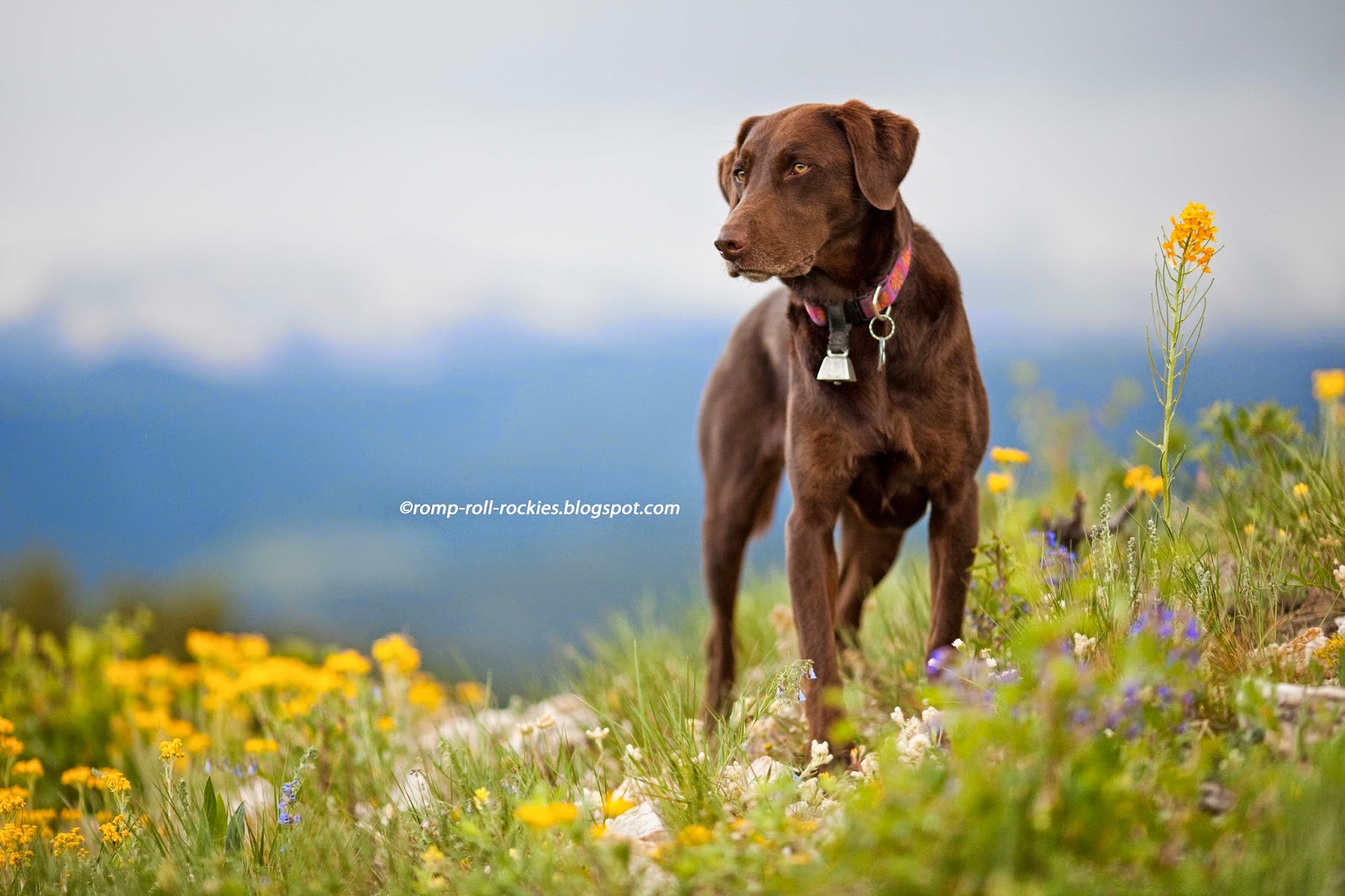 New ones are emerging too. This trail will be "Columbine Alley" a little later in the summer but you can see one tall Columbine just above Shyla's head. 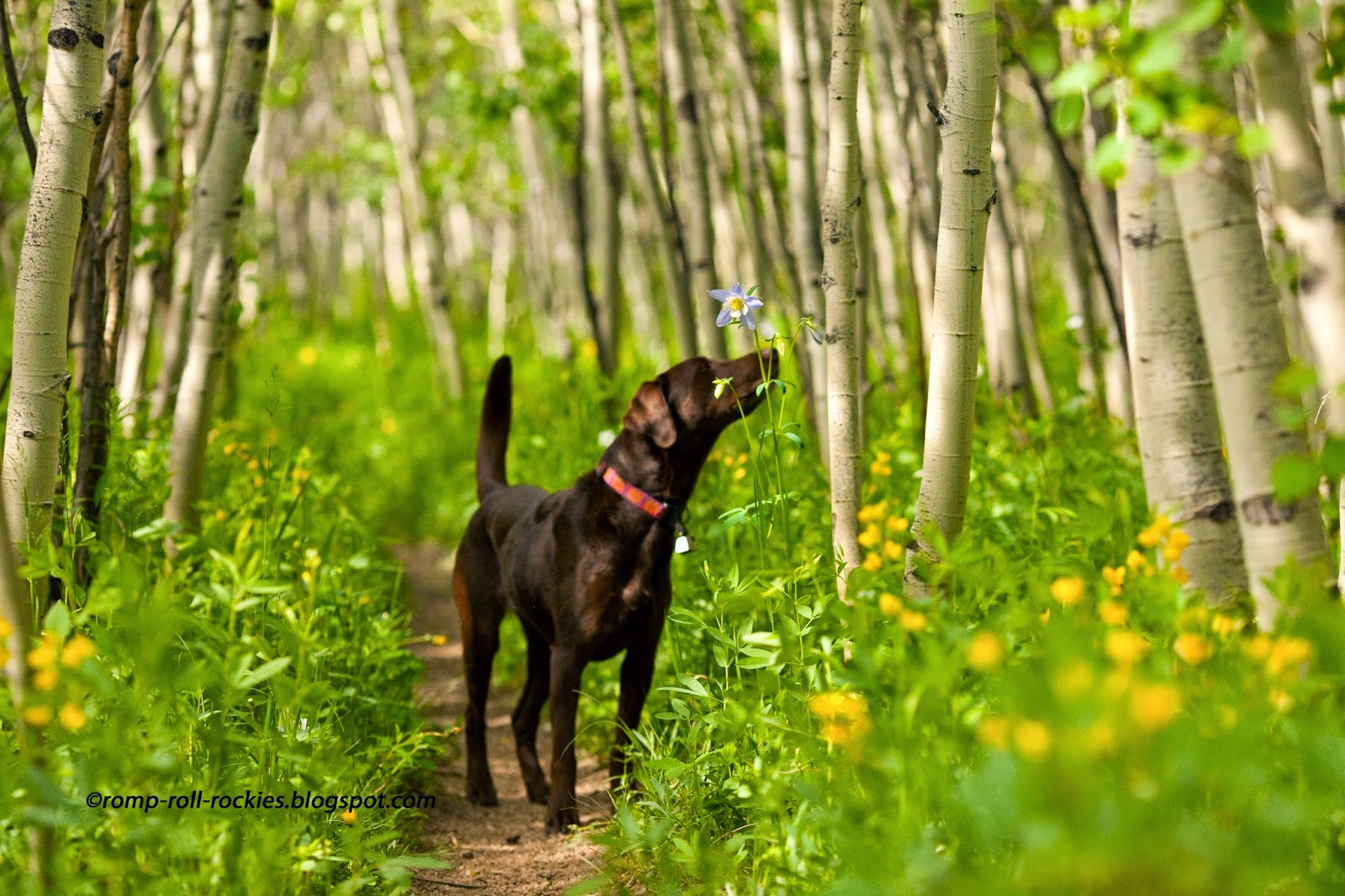 The meadow areas remain speckled with yellow, as the Golden Banner wildflowers have gone wild this year. 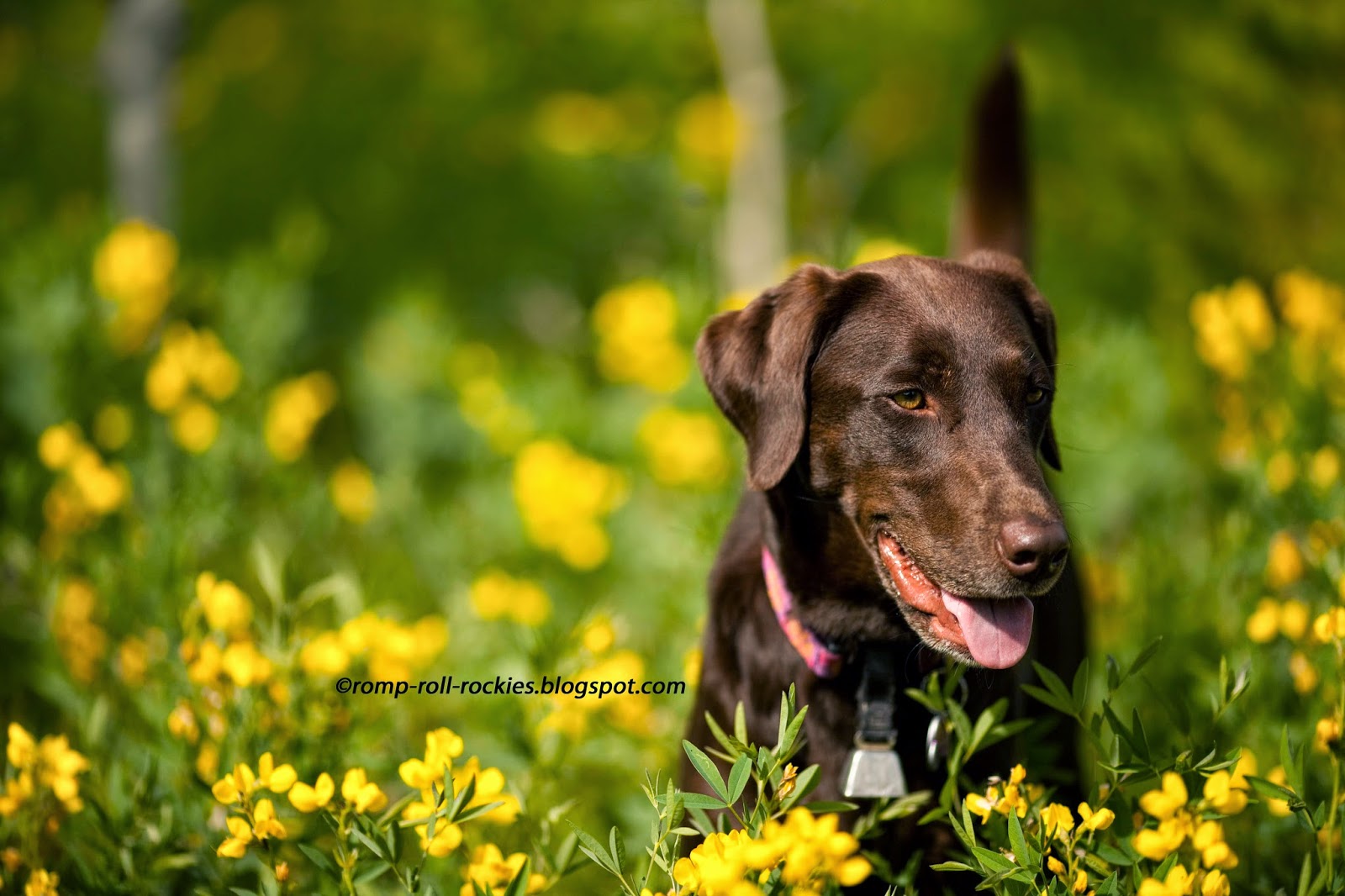 Shyla decided that she needed to go incognito so that the crazy photographer wouldn't recognize her... 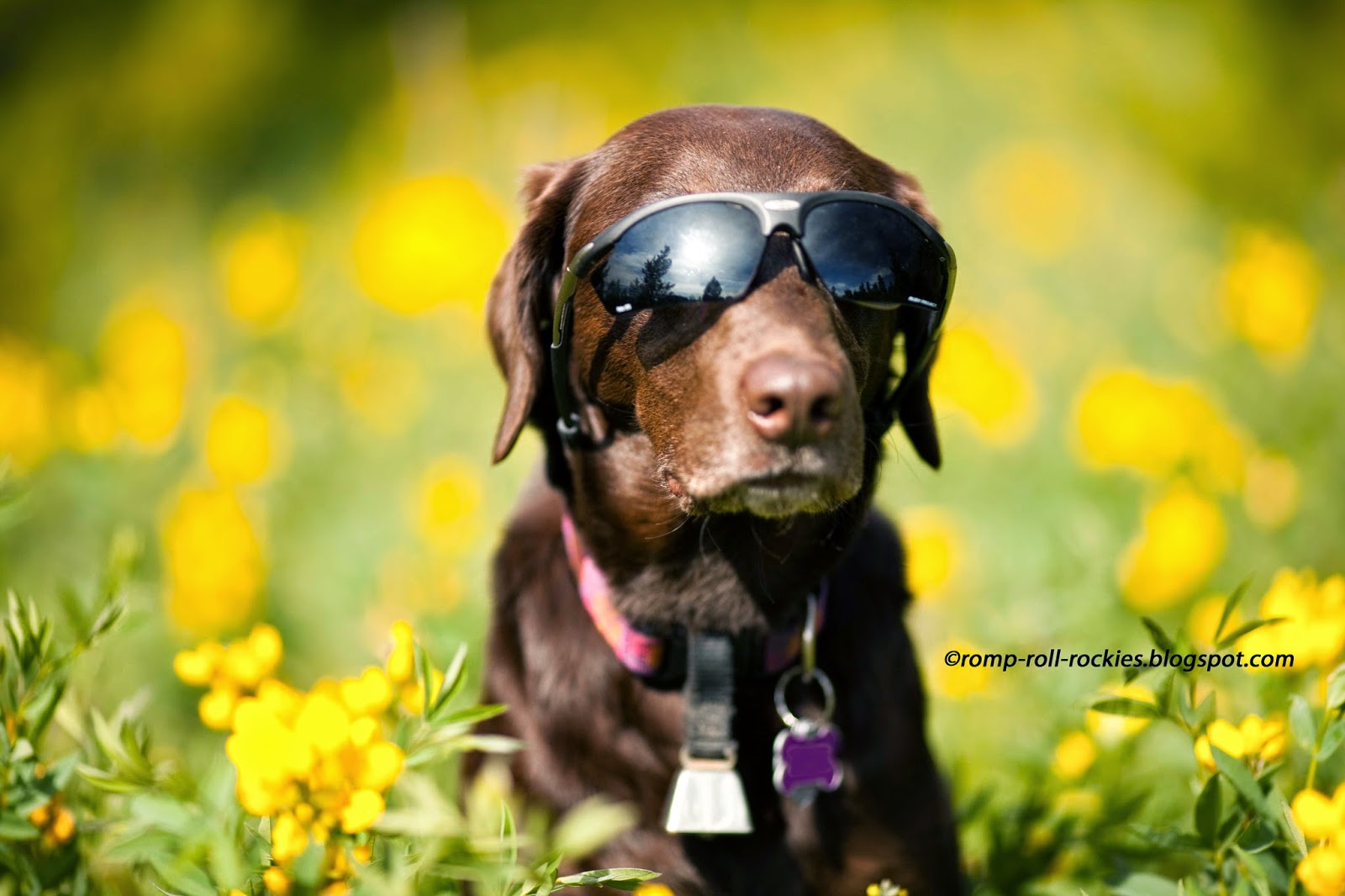 Meanwhile, I've still been struggling with the dang migraines and an unstable shoulder. But, I don't want to miss even a single day when Mother Nature is glowing with beauty like this. 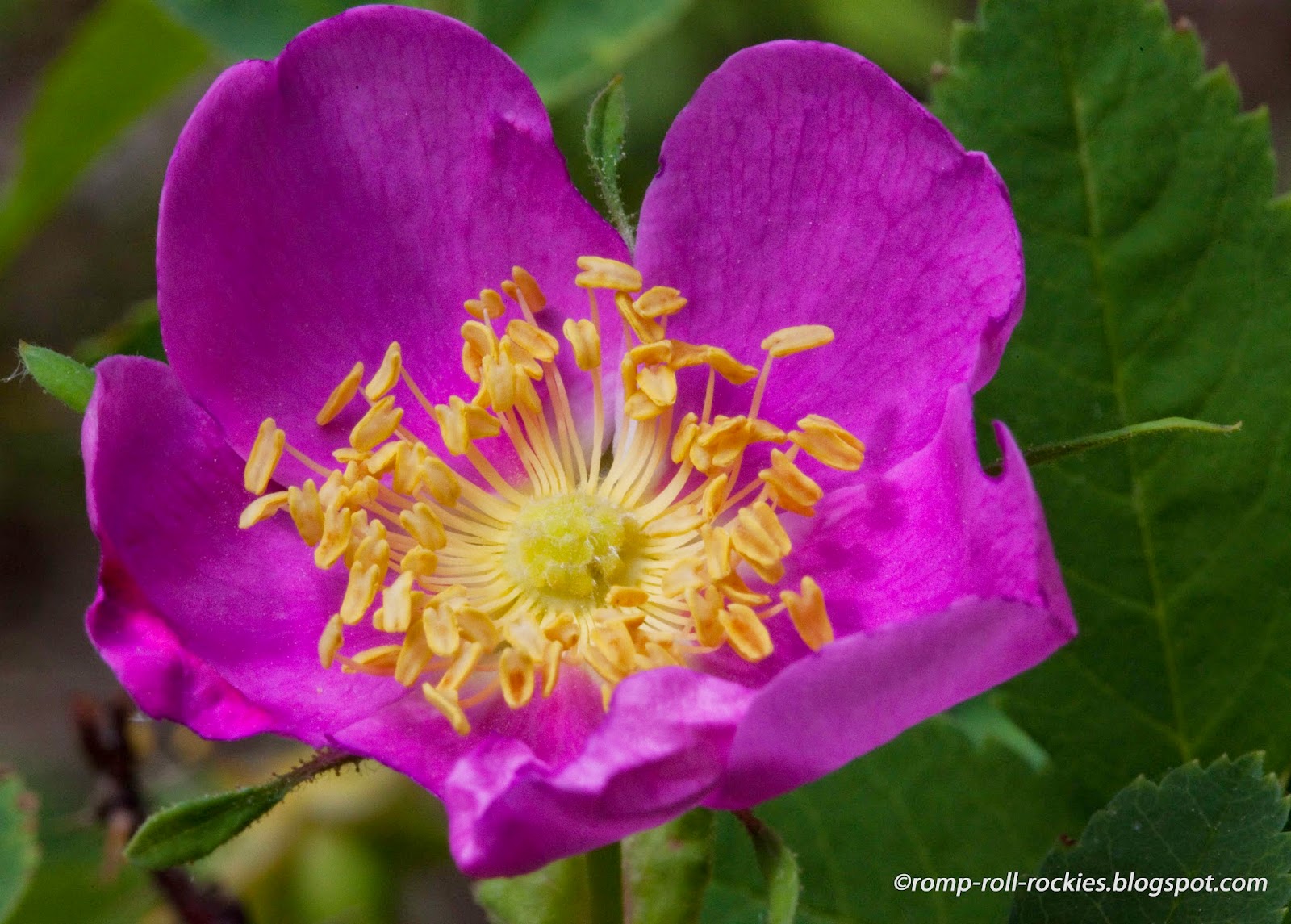 I've also been puzzling out some wildlife situations that my trail cameras have revealed. One situation involves that mountain lion photo that I showed you the other day. It actually involved at least two mountain lions.

Early one morning, I captured a photo of a collared mountain lion in typical territory for these felines. She was alone. I'm assuming this lion was a female because she wasn't leaving scrapes and she's not big or muscular as an adult male lion. 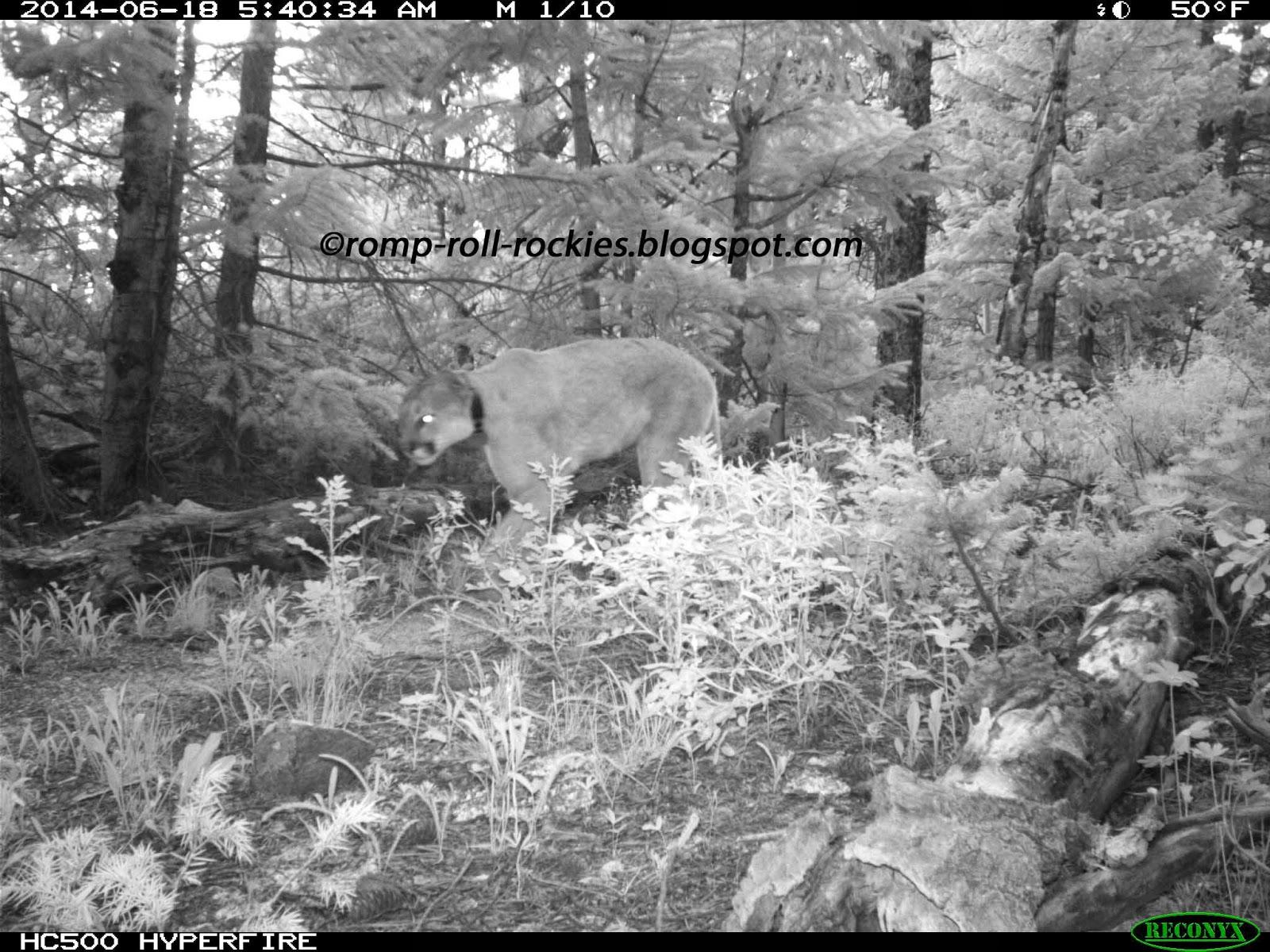 Then, about a mile away, I captured a photo of another collared mountain lion, who I presumed was the same one as from earlier that morning. 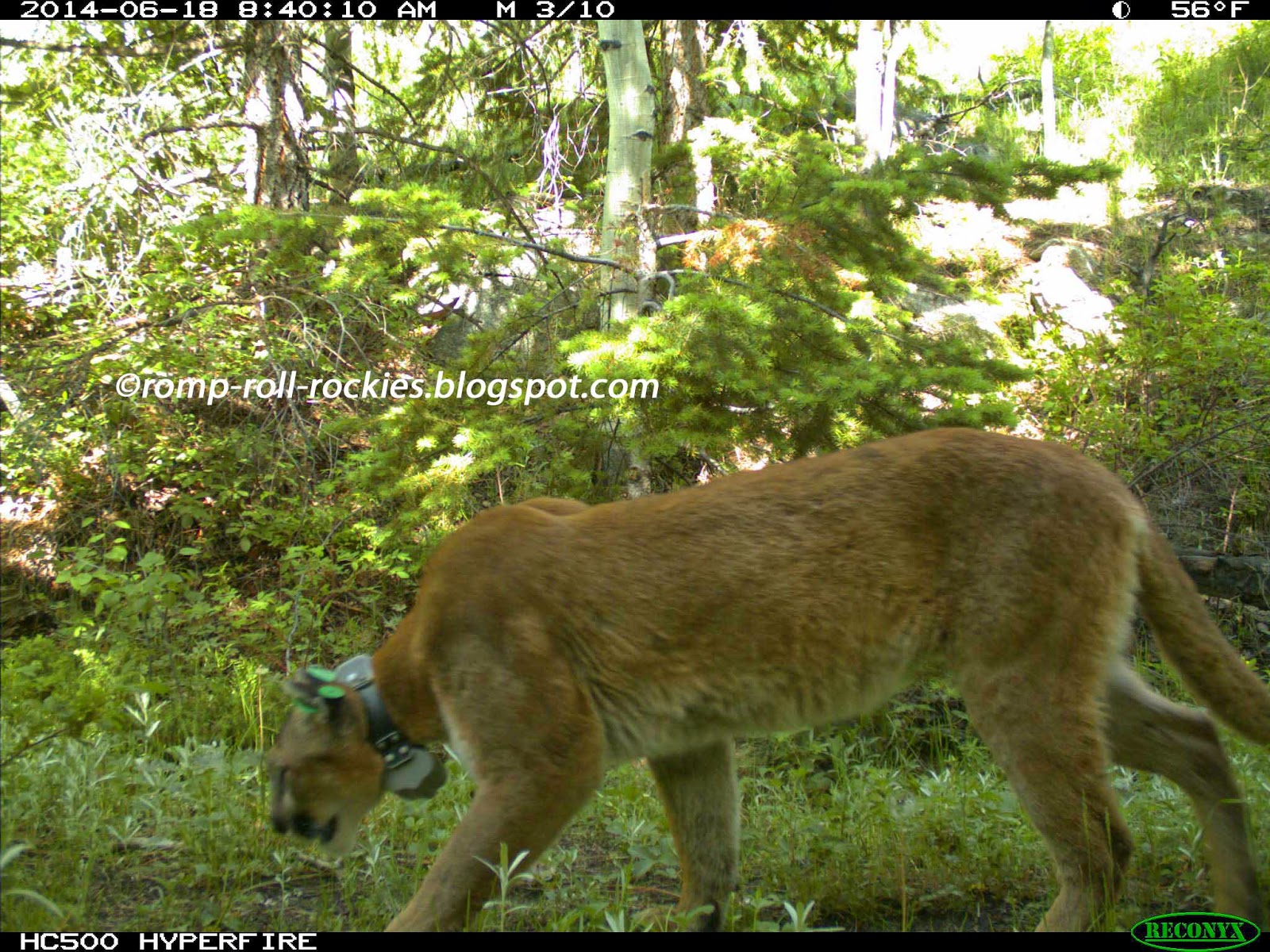 This lion was fascinated with the area near a bear-marking tree. 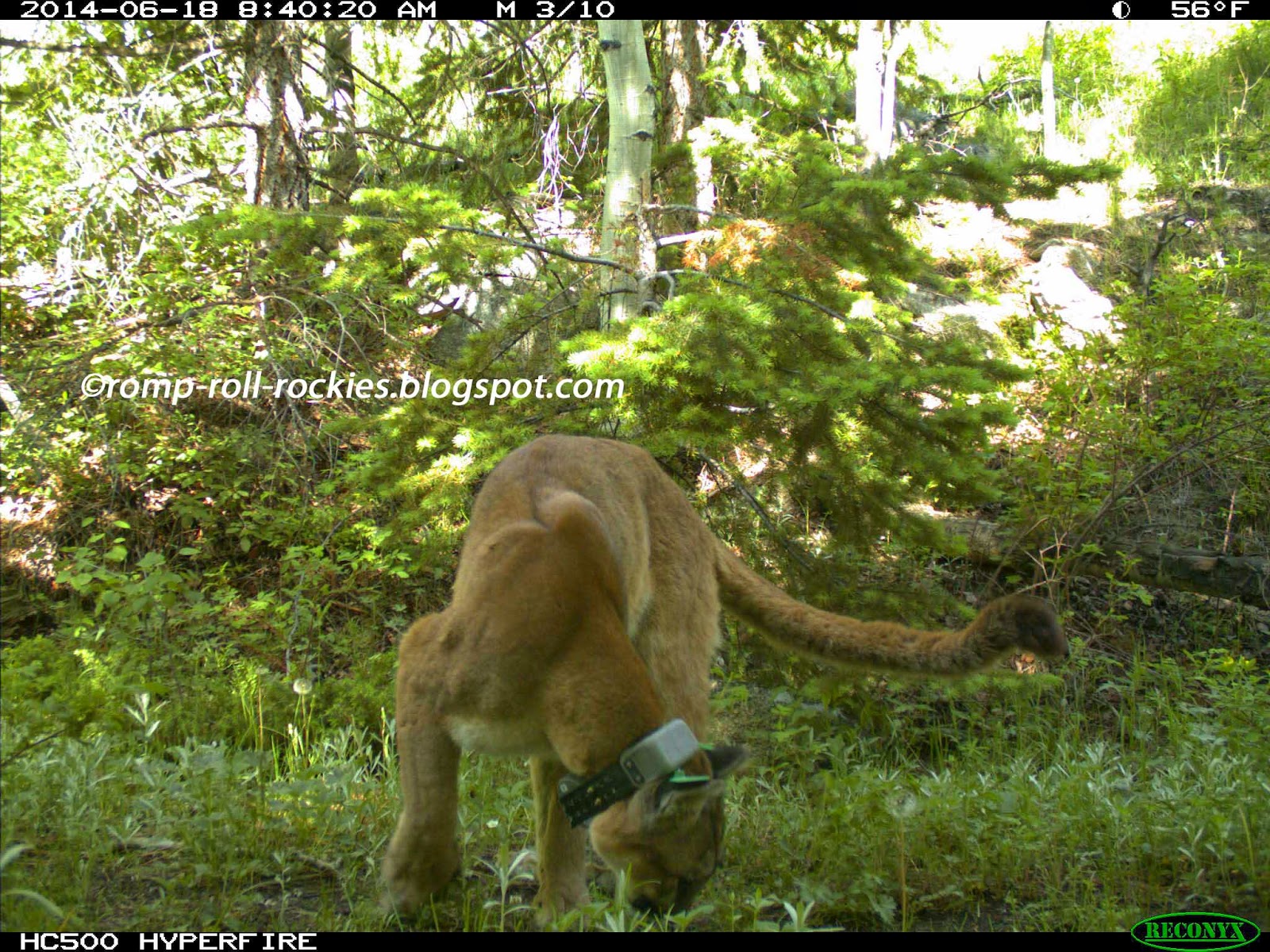 I really hate seeing all the gear attached to these collared lions. I can only imagine that it hinders them. 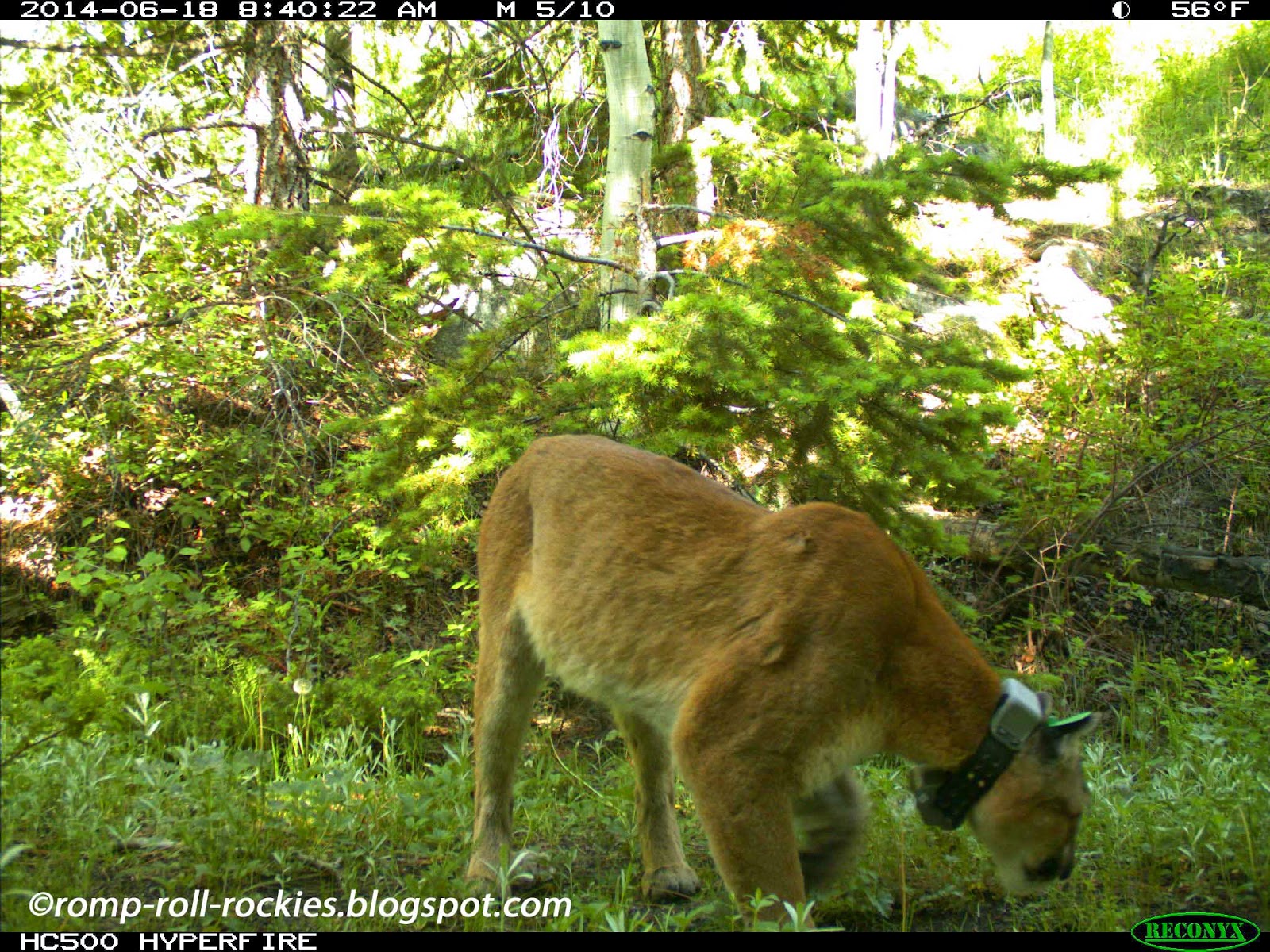 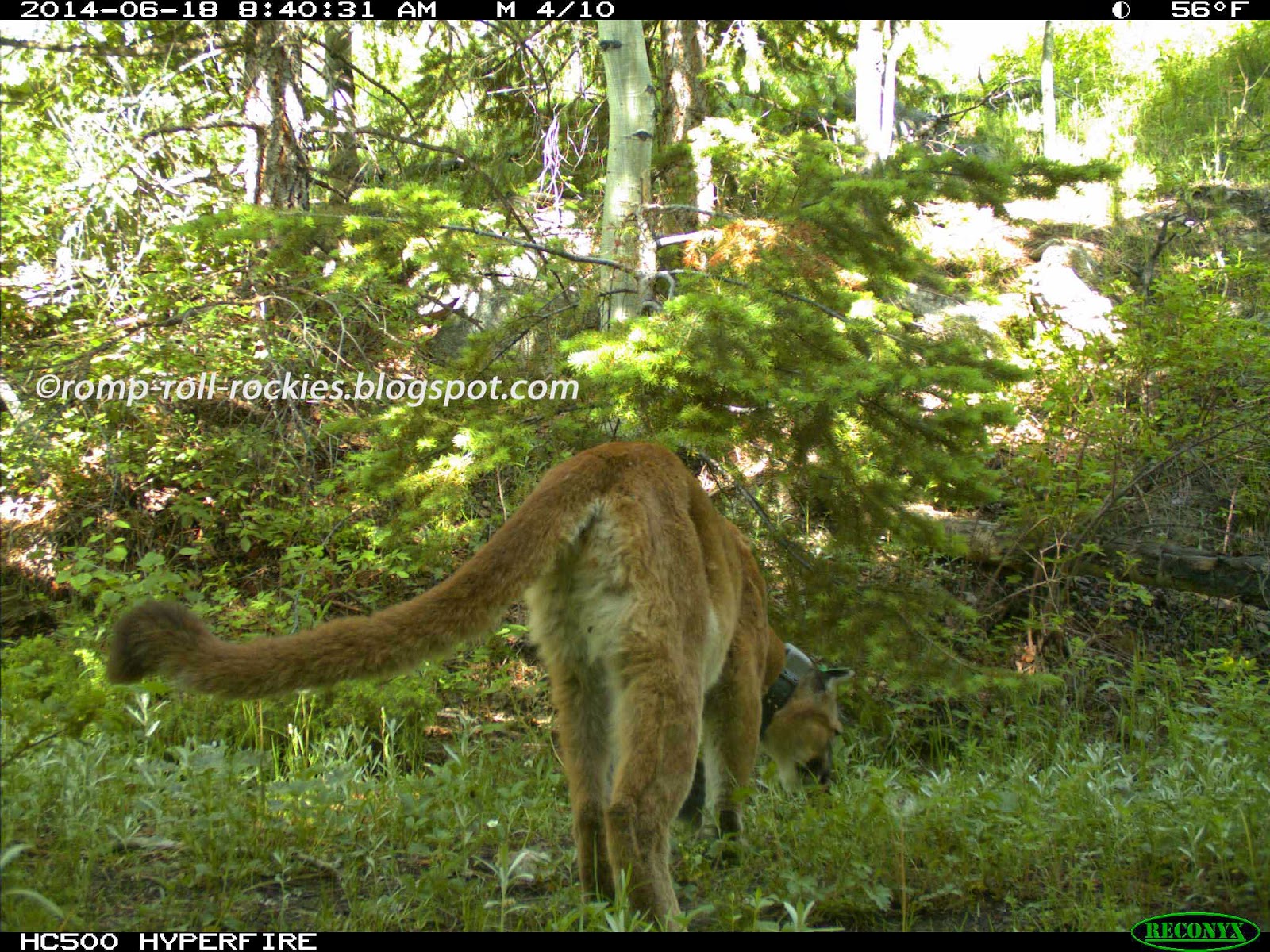 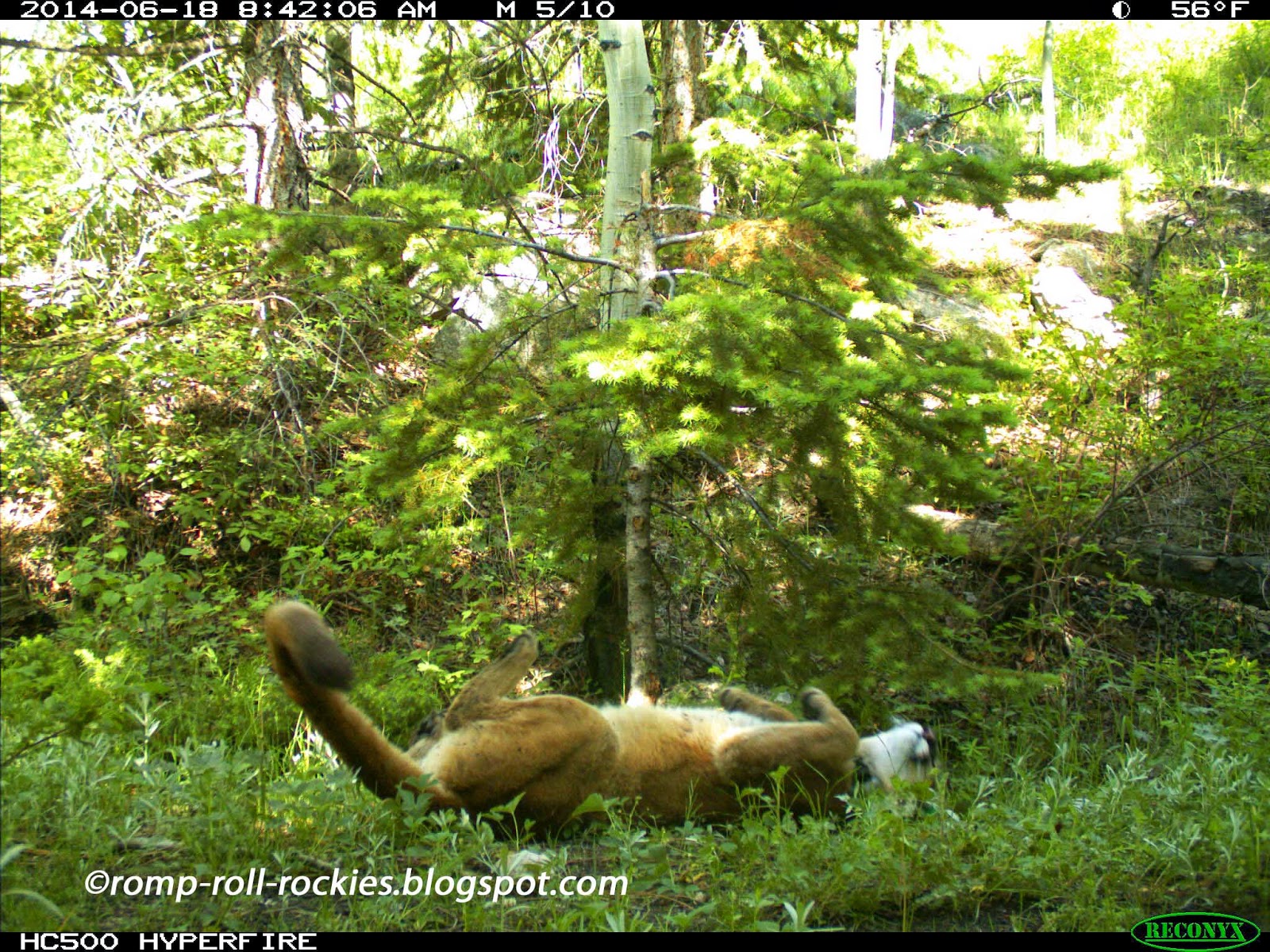 After rolling around, she departed to the left in the photo. 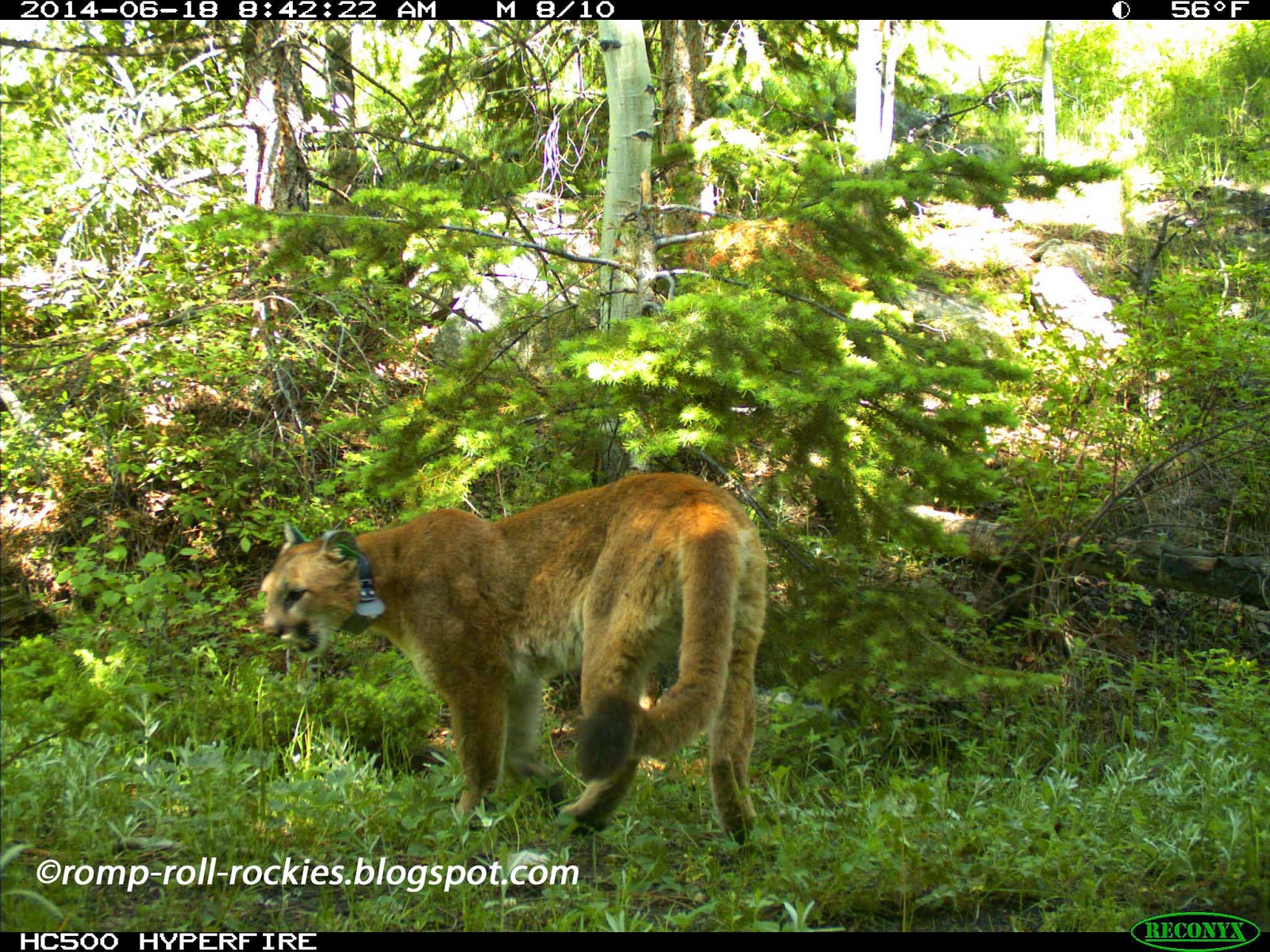 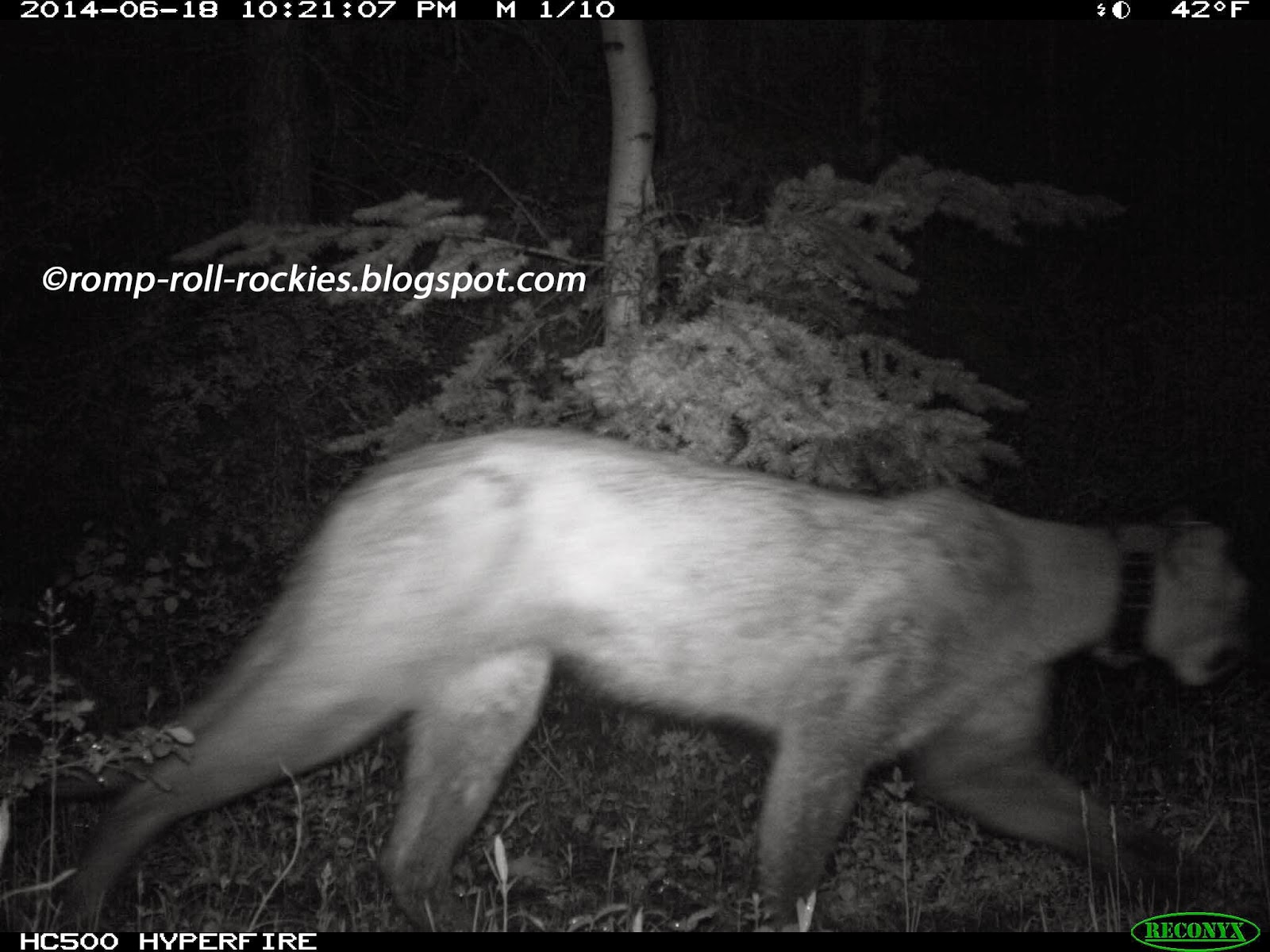 This new lion became interested in the scent where the collared lion had rolled earlier that morning. 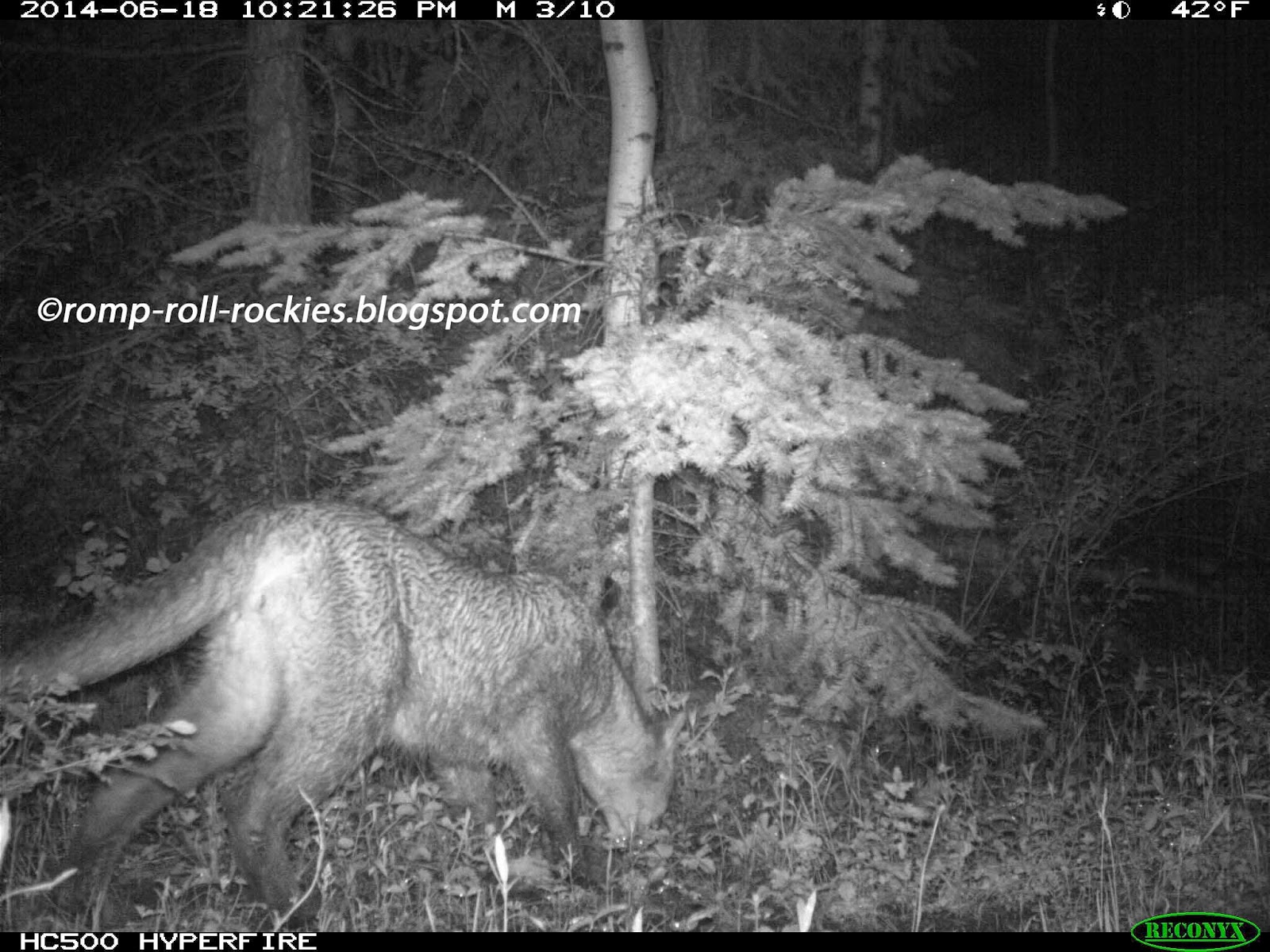 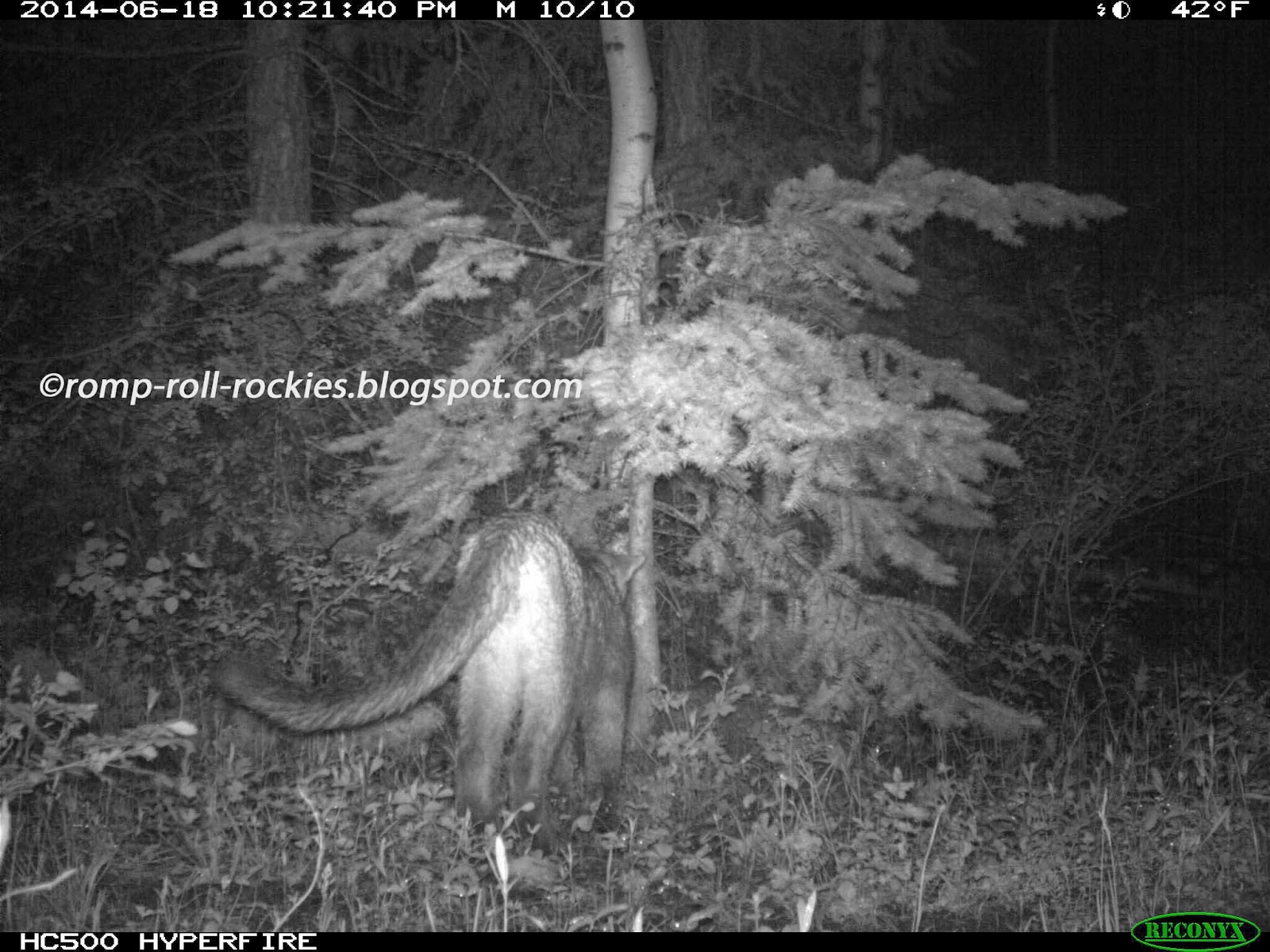 Then, he appeared to hurry to catch up with the other lion. 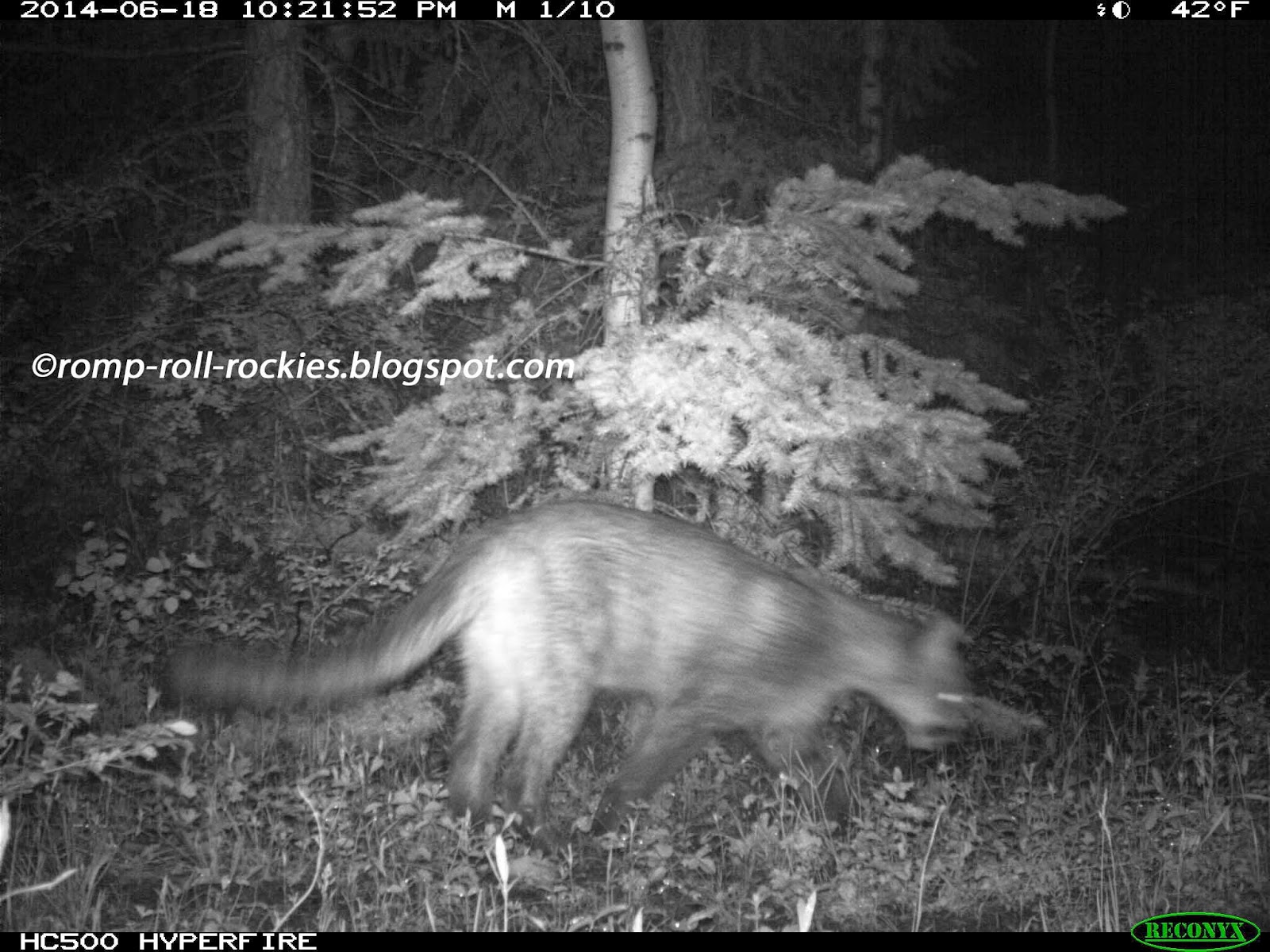 He even "bounded" out of the picture. I've never seen an adult lion use any gait except for a saunter (i.e., an assertive walk). The "bound" really made me think he was young. 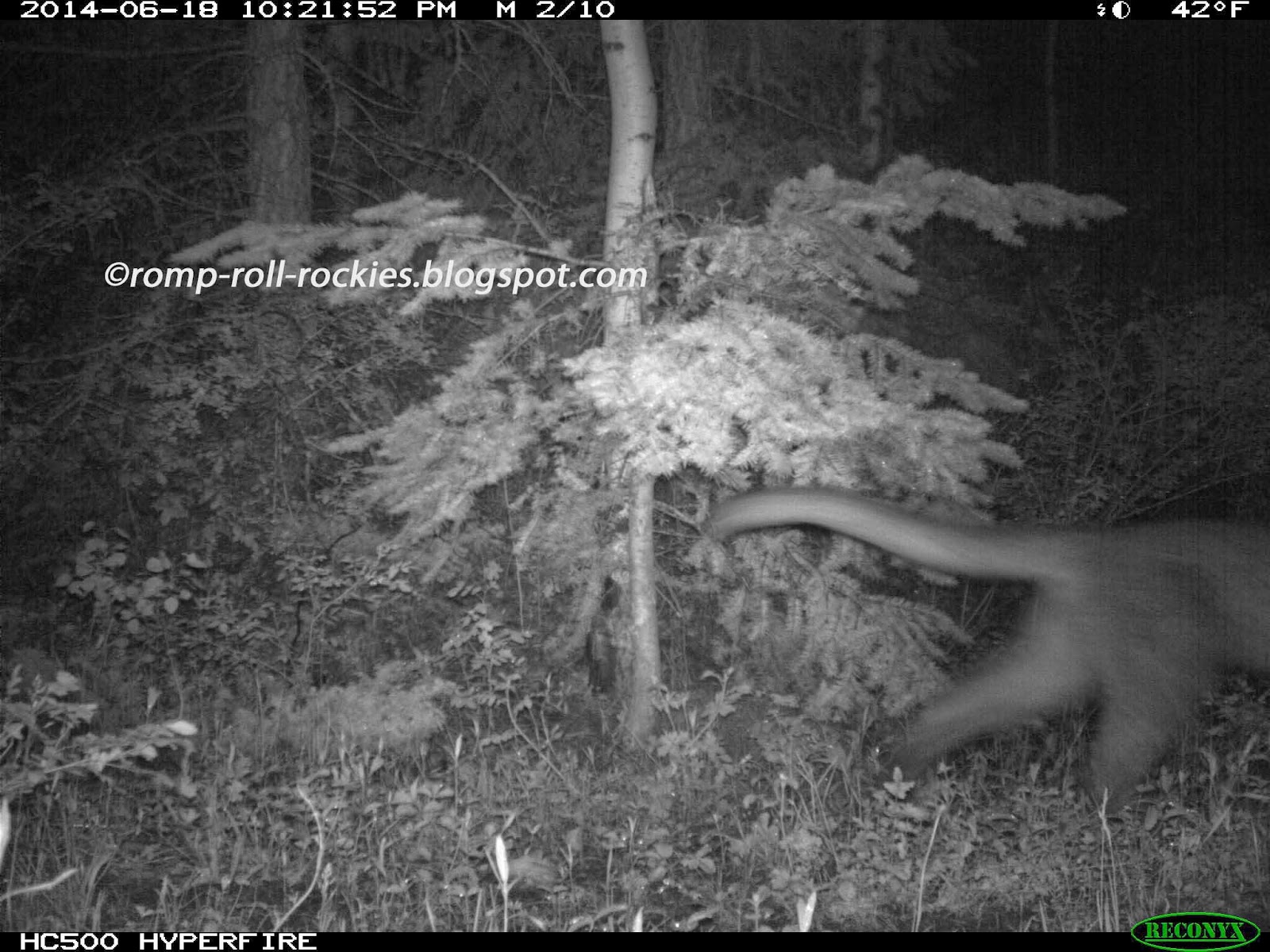 I'd be interested to hear any thoughts you might have on this sequence of trail camera photos. I'm so curious to figure out what was going on.
Posted by KB at 7:00 PM