Today was my favorite day of the year! I checked a camera trap, and I found that Tiny, the humongous Black Bear who rules our area, is awake and looking good!!!! Well, he's mostly awake but still yawning. 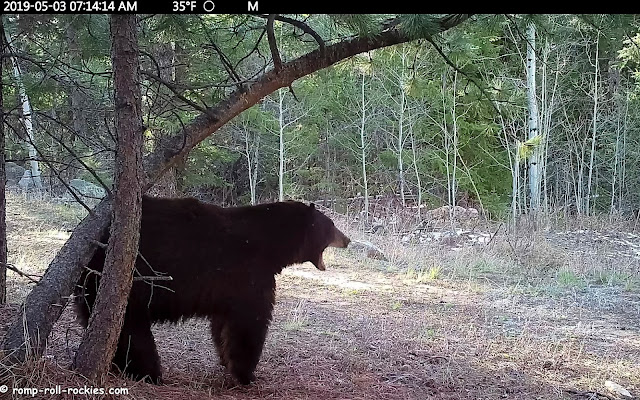 You may remember how terribly injured he was last fall. He was dragging one of his hind legs behind him. I have been told by bear biologists that bears have an almost miraculous ability to heal while in the den. That information was the only reason why I held out hope that we'd see him again.

He visits this leaning tree many times every mating season, and he is the only bear who is big enough to sniff so high up on the tree while sitting on the ground. He "shows off" this move every spring. 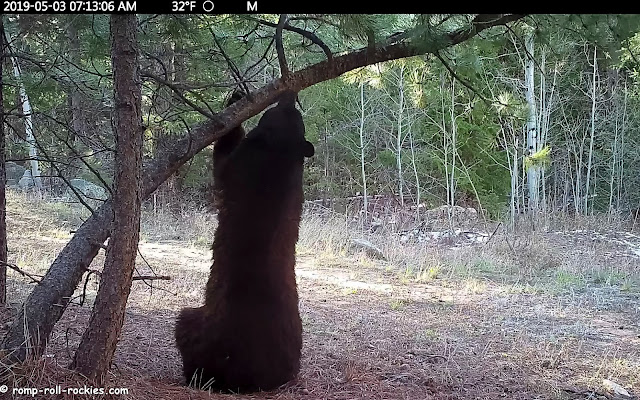 In contrast, here is a smaller bear who sniffed the same spot on the tree trunk. When I say "smaller", he's not a small bear. But he has to stand up tall to sniff that same spot as Tiny. 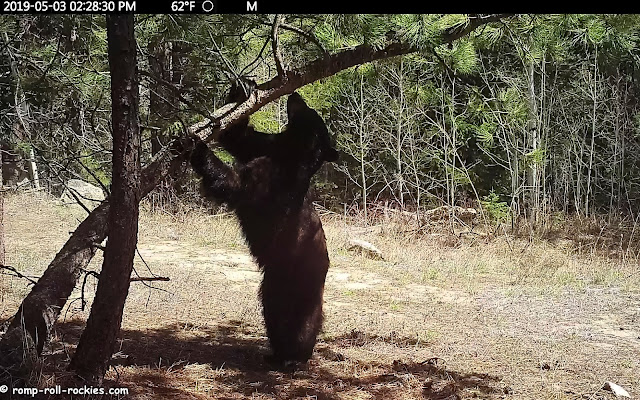 After Tiny departed the leaning tree, he headed up the trail which still has some snow on it. I saw where he laid down in the snow. I suspect that it was a slow snooze because his body heat melted so much snow.

Then, along came a moose... I cannot know exactly what happened but I do know that the moose came flying back down the trail in a panic. Tiny does rule the forest! 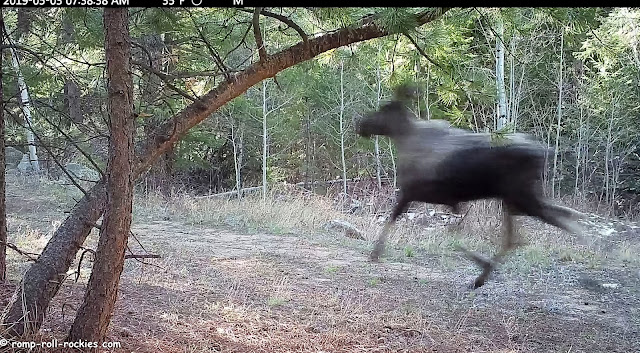 I have video of Tiny, the smaller bear, and the moose. If you have time, please watch and smile along with me at the miracle that Tiny is alive and looking good!