Today was another glorious day in our mountains. Shyla and I played in the sun to start the day. The highest mountains behind Shyla had a dusting of fresh snow this morning. 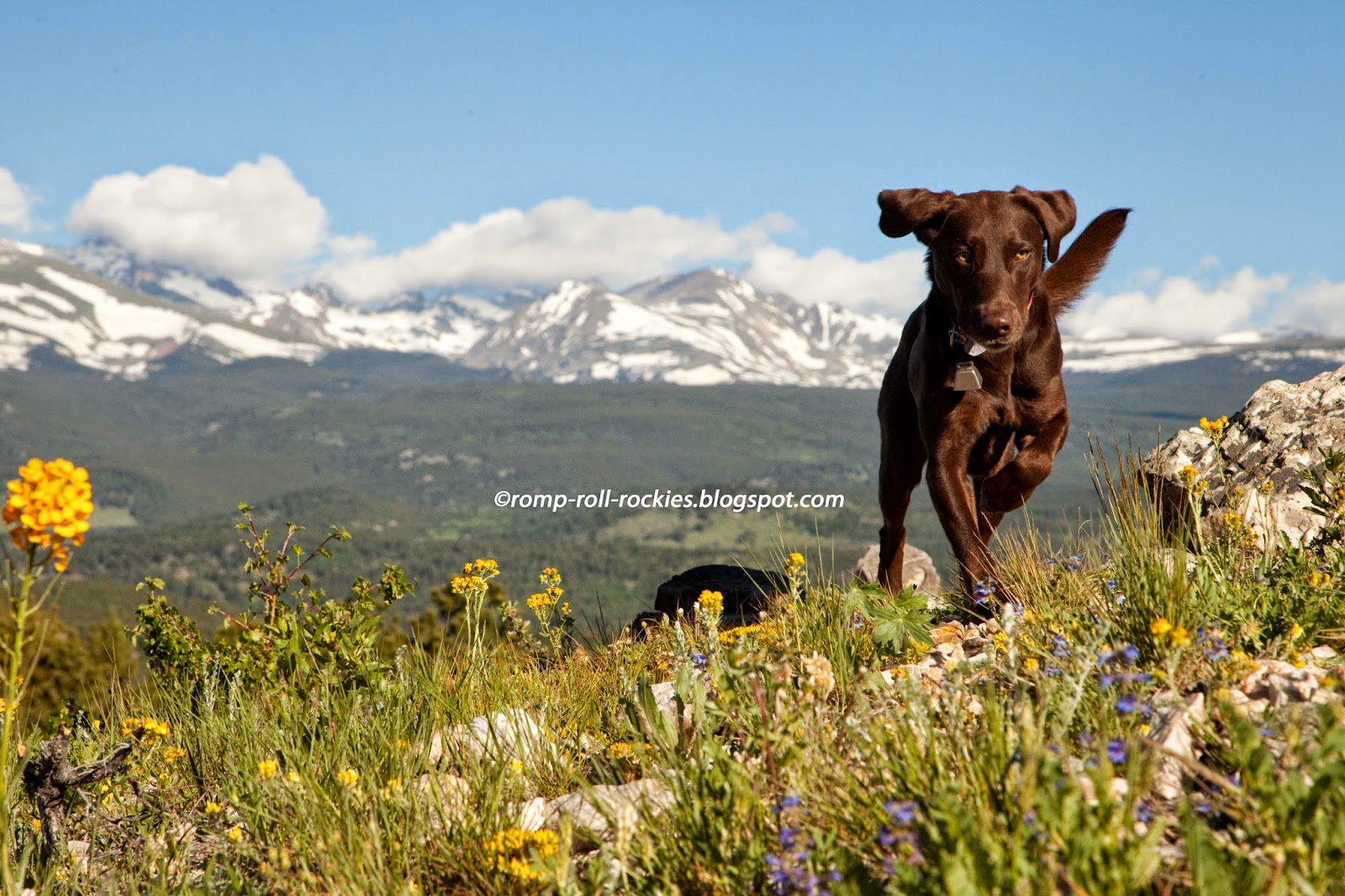 Shyla suddenly seemed to notice the Wall Flower that has been blooming on Hug Hill for a few days. She stopped to sniff it. 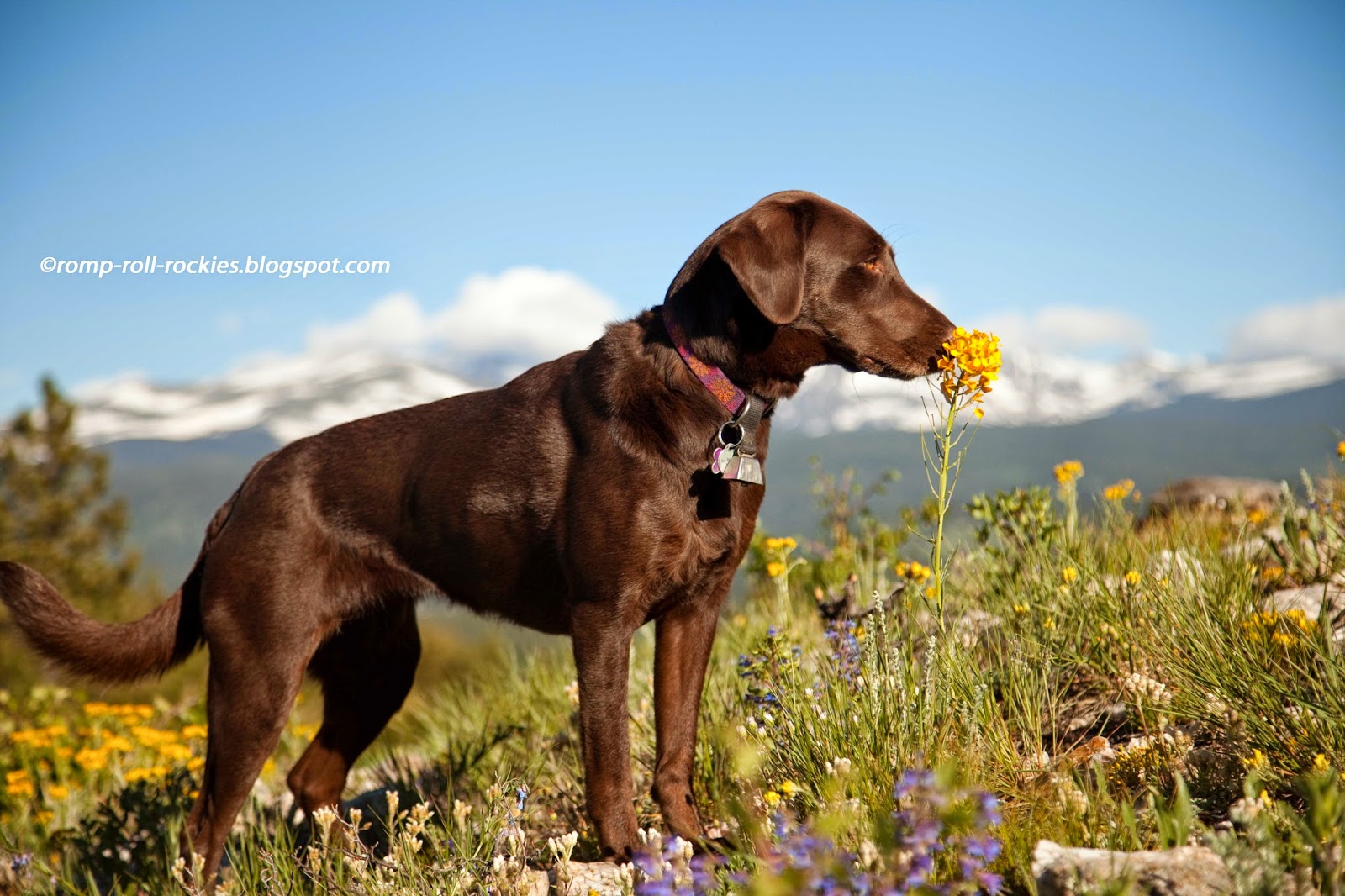 After our mountain bike ride, I headed out to check some trail cameras. First, I have to tell you that I've figured out that the male bear who has been marking trees in our area this summer is not "Milton". Milton was a big dominant bear with a white blaze on his chest who got injured last spring (2013). I captured video of him marking a tree in mid-June last year, and then I didn't see him on my trail cameras again.

I hoped he'd recover over the winter, and then, a new bear showed up this spring with a white blaze on his chest. I was too quick to declare that "Milton had returned". After comparing video of the original Milton and the new bear marking the same tree, it is obvious to me that the new bear is much smaller and younger than Milton was.

We'll probably never know what happened to Milton. My guess is that he either died or claimed a new, less-competitive, territory. I hope it was the latter.

Here is the video comparison that convinced me. I've decided to call the new bear "Milton Junior", but I'll probably shorten it to "Junior" to avoid confusion. You can watch this video here or at Youtube.

Over the past few weeks, Junior has been in a tree-marking duel with our biggest male named "Tiny". They've marked one tree many many times. I made a video of their most notable visits to the tree. You can watch it here or at Youtube. It's fun to see that, in one of Tiny's visits, he sniffed the camera (and my scent) before marking the tree. I'm sure my scent is becoming familiar to him.


It's a fun time of year, as I watch the bears do their yearly ritual. I have the feeling that mating season is winding down because some bears are starting to venture closer to residences (including our land) looking for food. I think their normal food for this time year, ant pupae, has been slow to develop due to the cool spring. I hope that none of them gets in trouble with humans during this lull until their natural foods are ready to be eaten.

Happy spring and almost-summer!
Posted by KB at 7:22 PM