The Beauty of the Desert

I love the darkness of the desert at night, with zillions of stars twinkling overhead. Gazing into the desert sky is another way that the desert makes me feel small - it puts me in my place.

Since we arrived in the evening, I set up a tripod almost right away and pointed it toward the North Star. There wasn't time for creativity - just a simple time lapse series of the stars spinning around Polaris. The series comprised about two and a half hours. No planes went overhead during that time and one shooting star appeared - a small one to the left of the North Star. 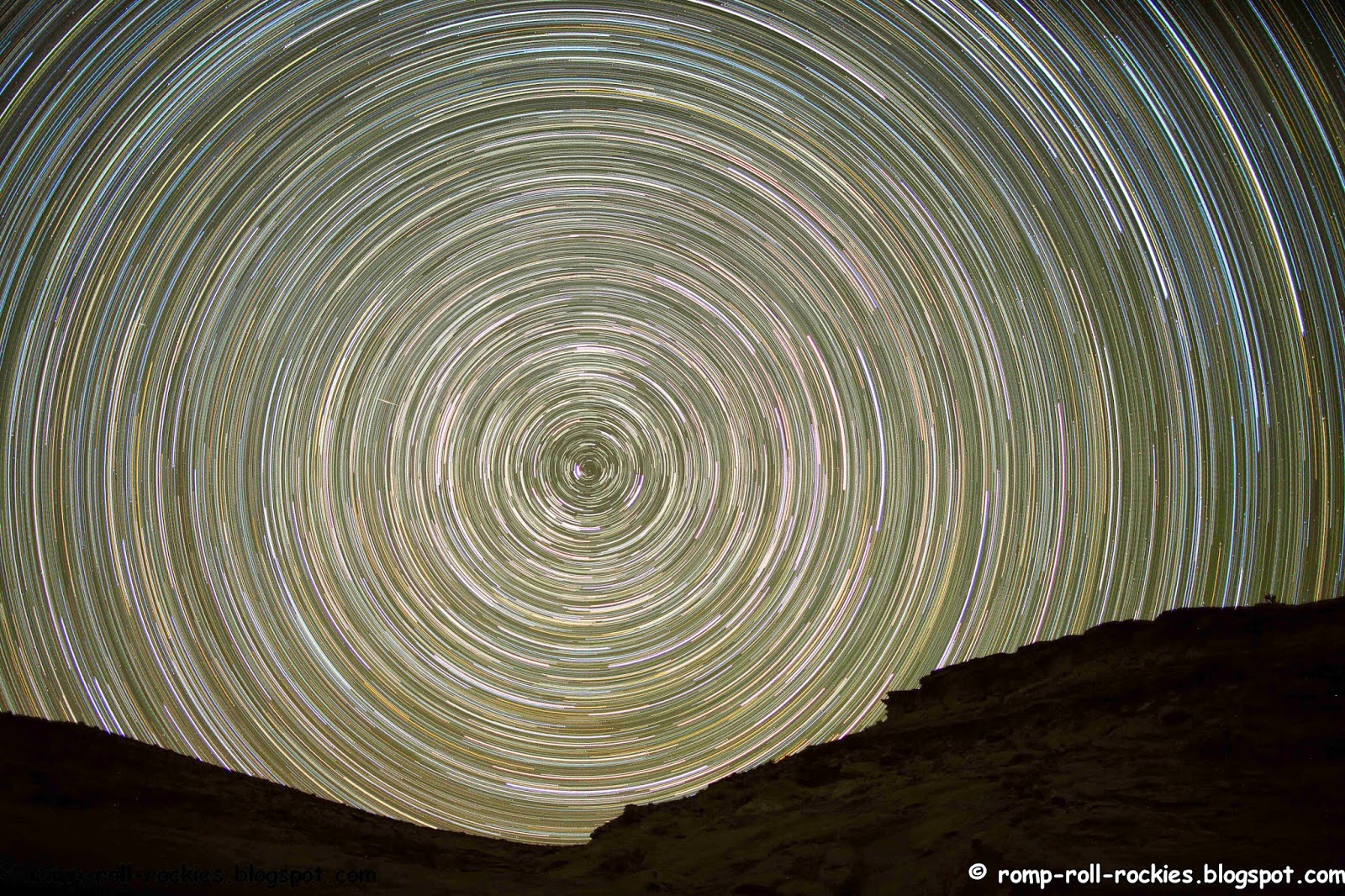 We slept while my camera took tons of sky photos, and we were up fairly early the next morning to explore the canyon.

First the view from above. It's easy to climb up the slickrock that comprises the canyon walls and peek over the edge at the canyon. My bike stayed back from the edge. 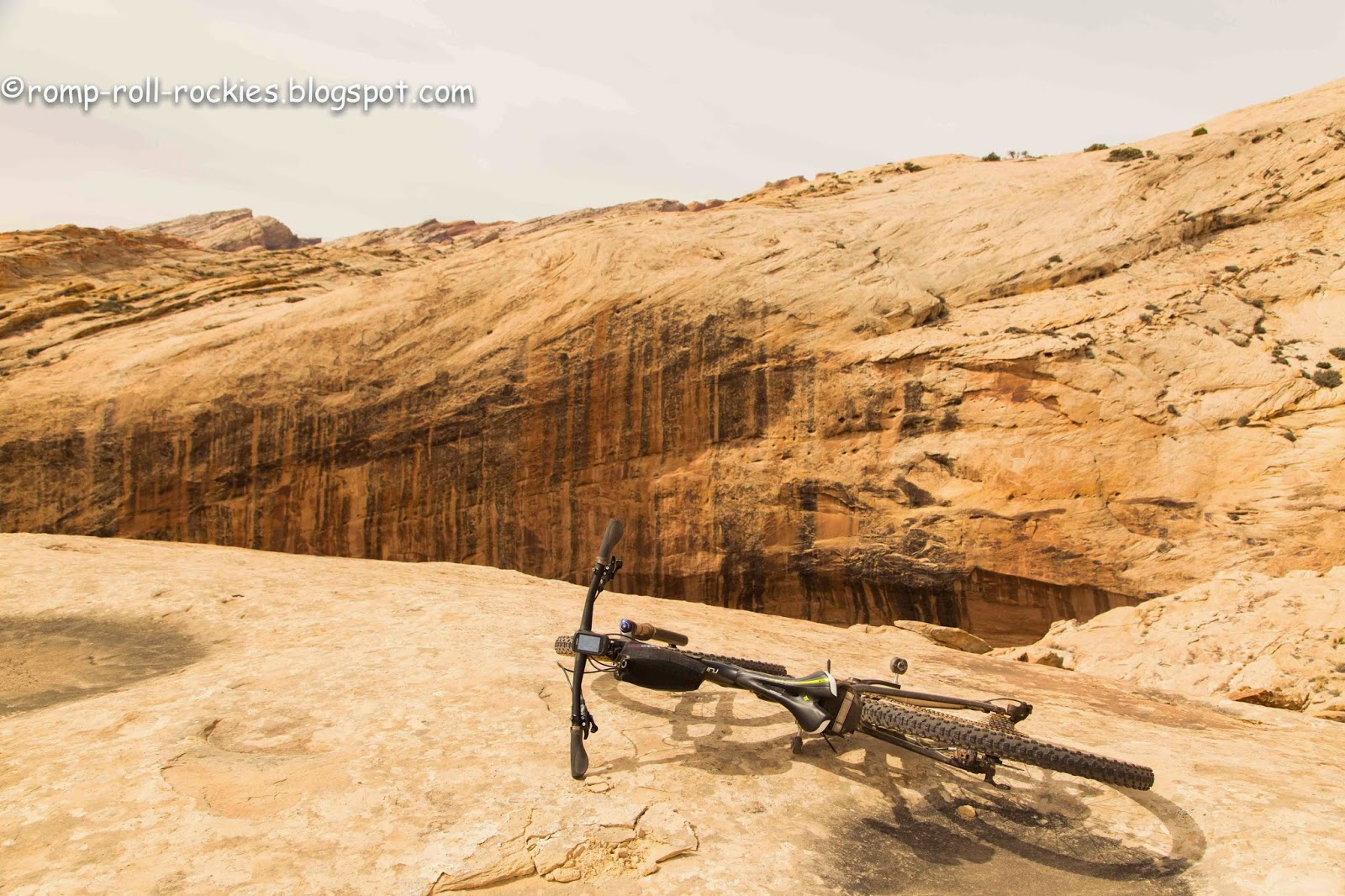 I tip toed to the edge, and peeked at the canyon. You can barely see the narrow dirt road that runs along the canyon floor. That's where Shyla and I rode. 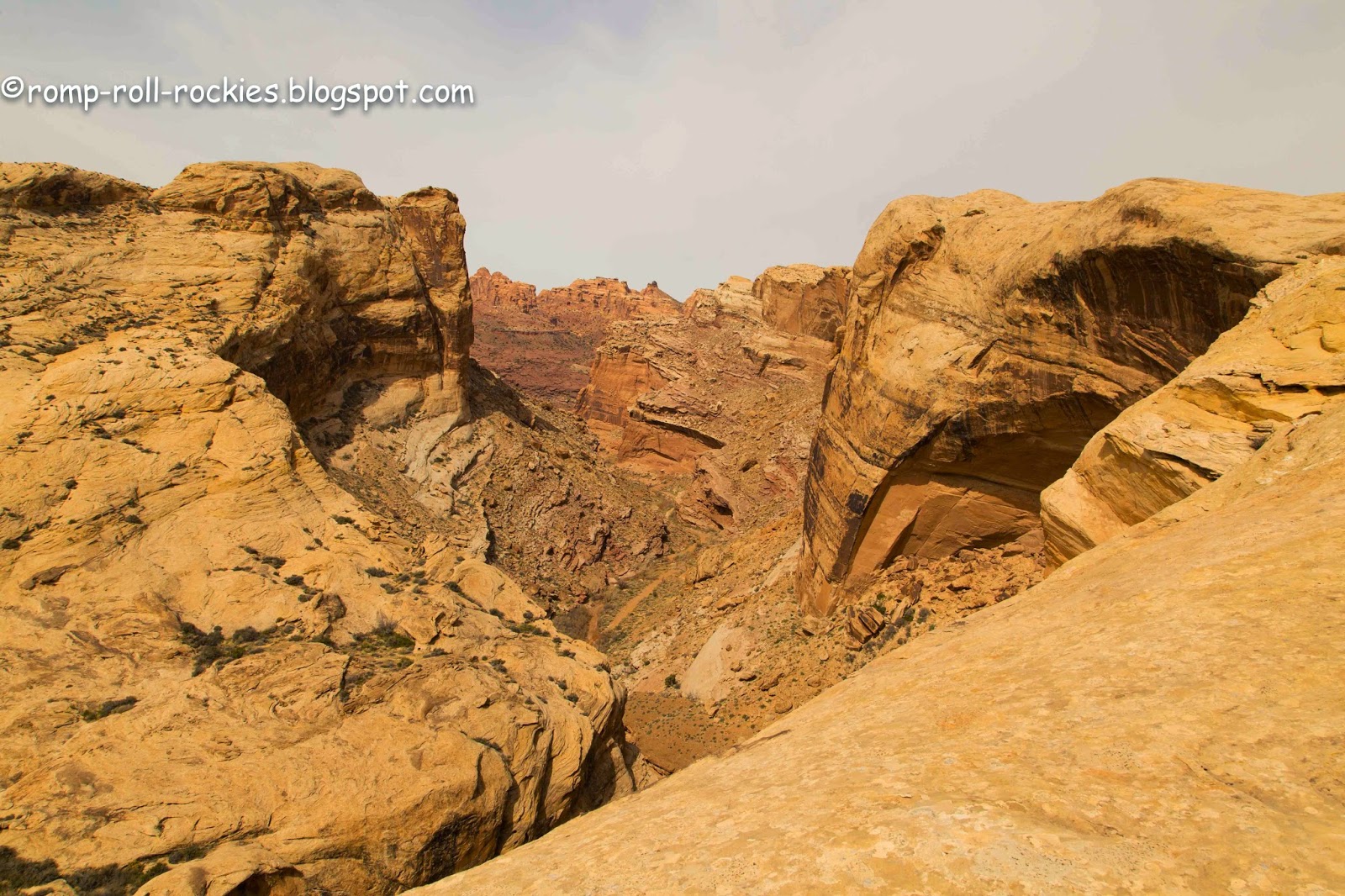 We were both overjoyed to be in a new environment that was warm and sunny. 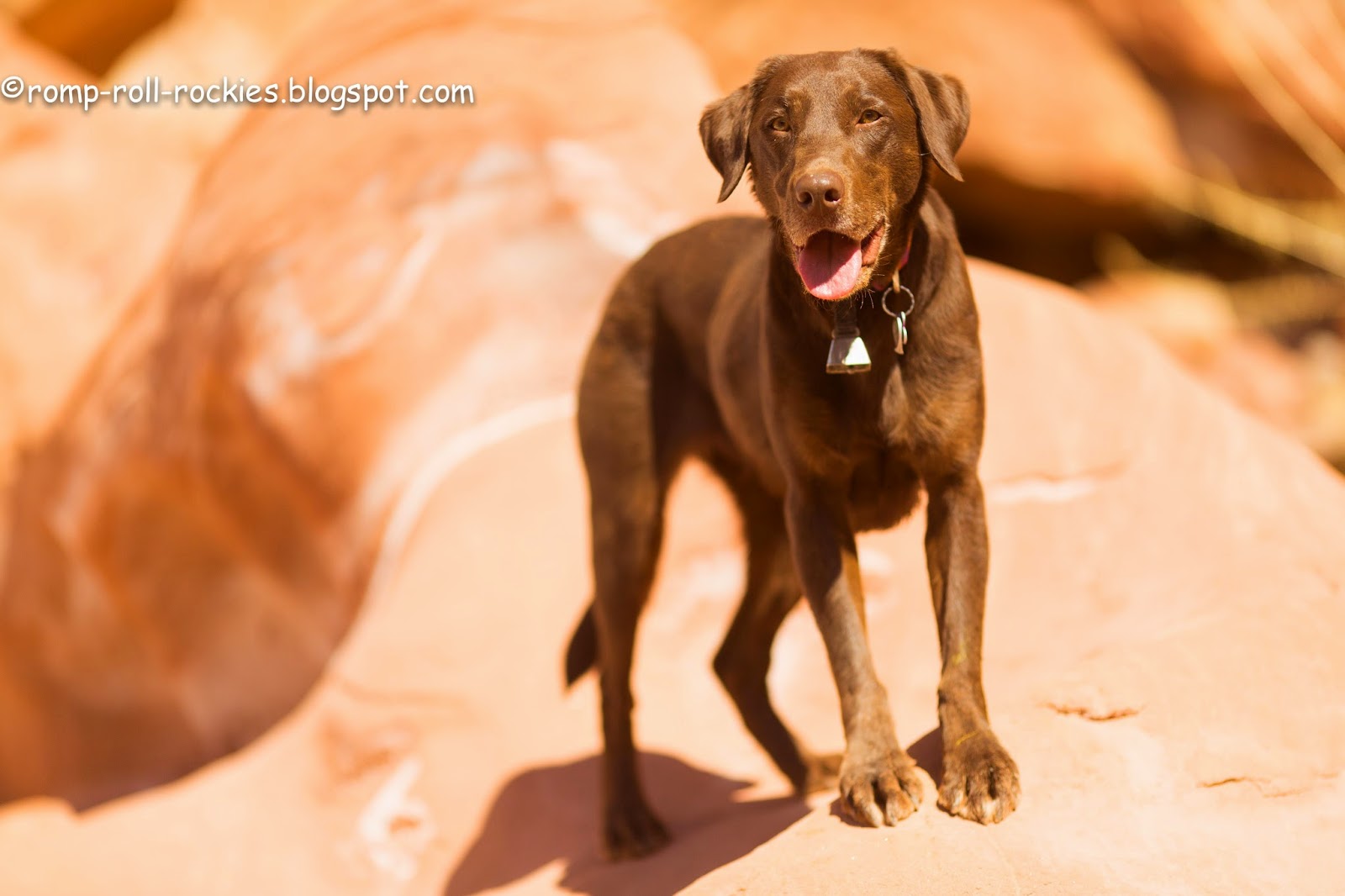 Shyla explored the sides of the canyon, climbing among the rocks. 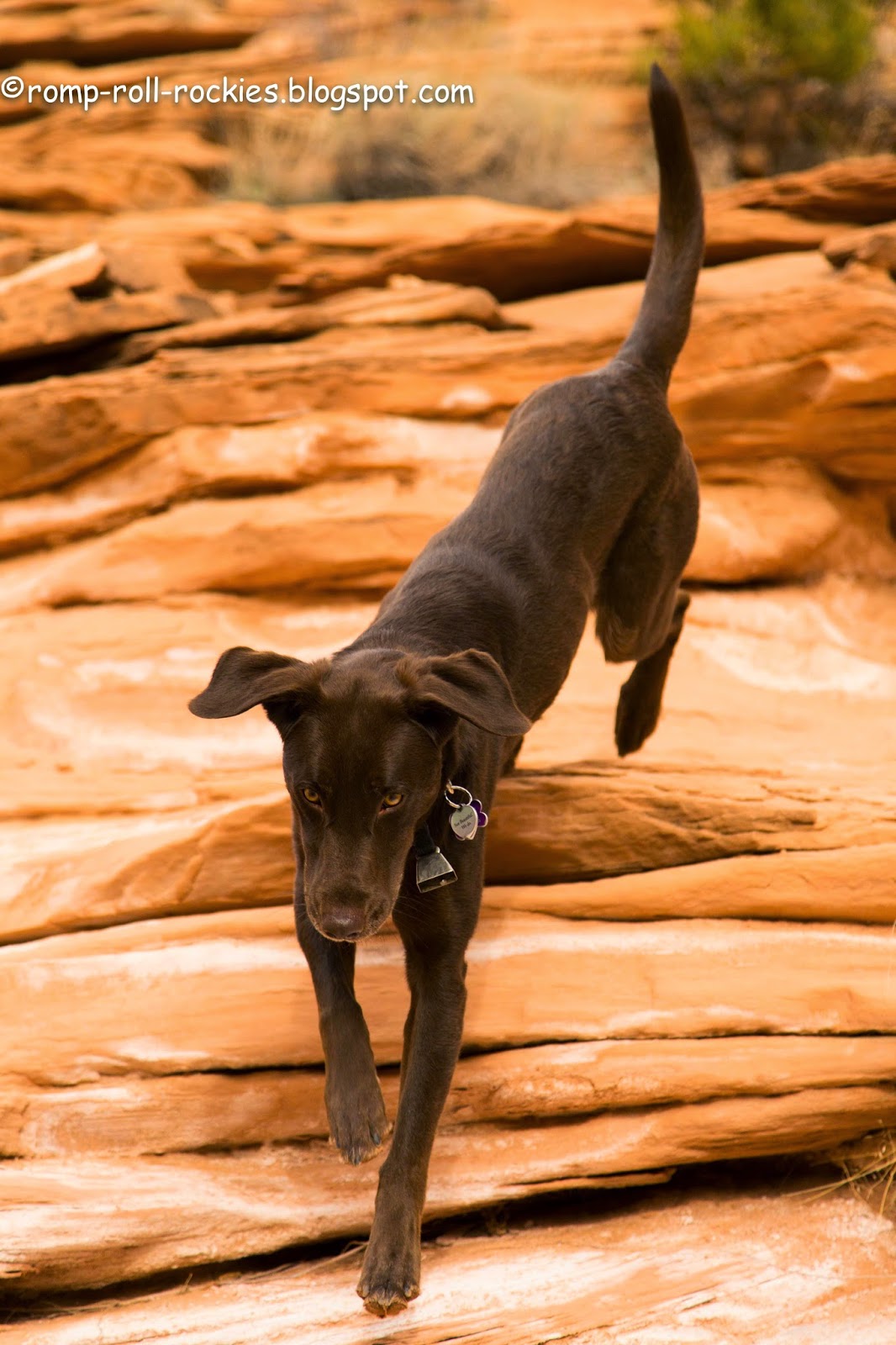 We passed the most well known part of the canyon, a huge wall adorned with pictographs, drawn by ancient people. 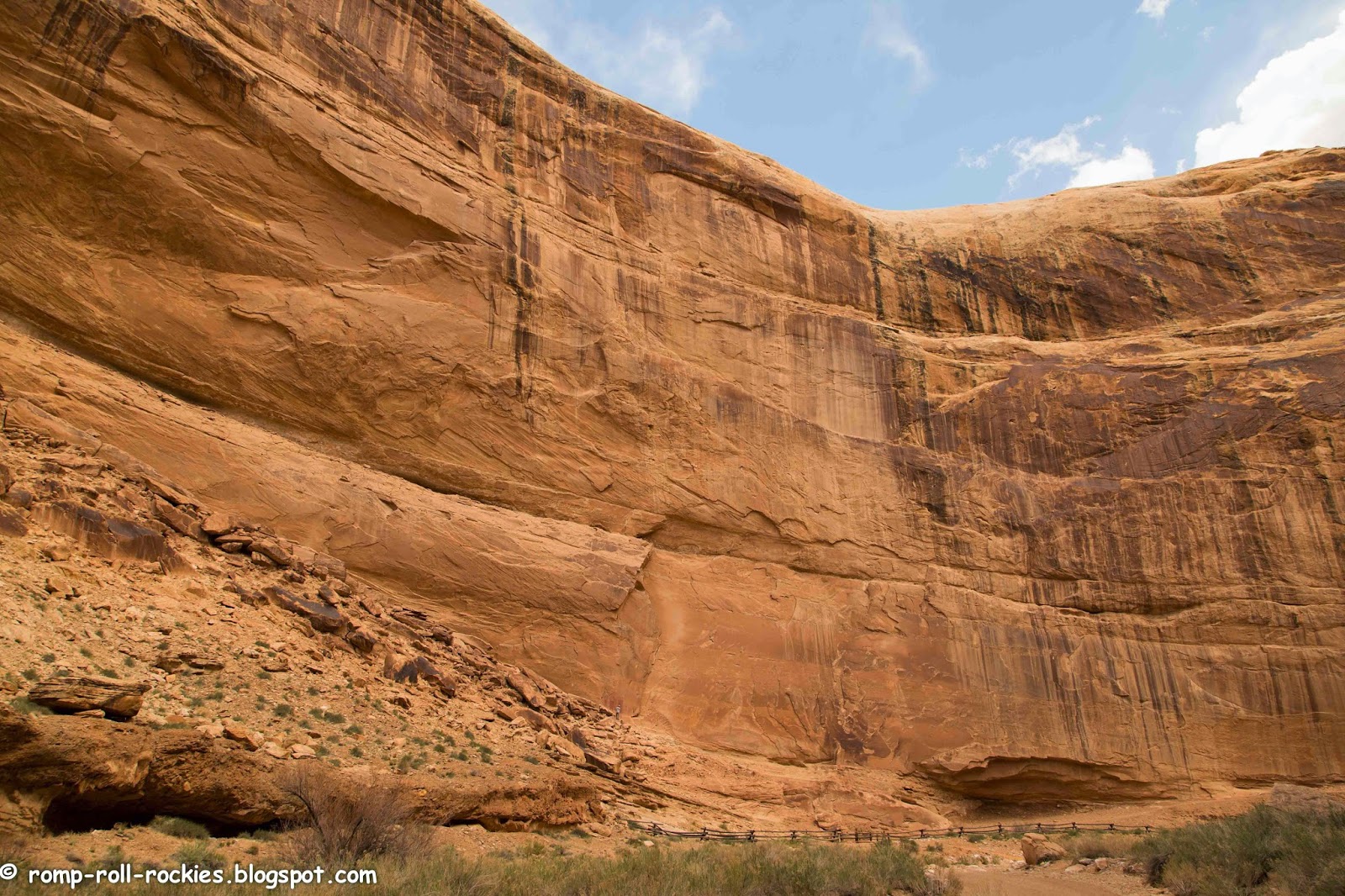 It's hard to get a sense of scale from the photo above, except if you look at the fence that is near the bottom of the wall. In fact, there's even a person just to the left of center looking at the pictographs. He is tiny compared to the wall (and almost impossible to pick out).

Here, I zoomed in on him. You can also see the red pictographs that are life-sized depictions of people. 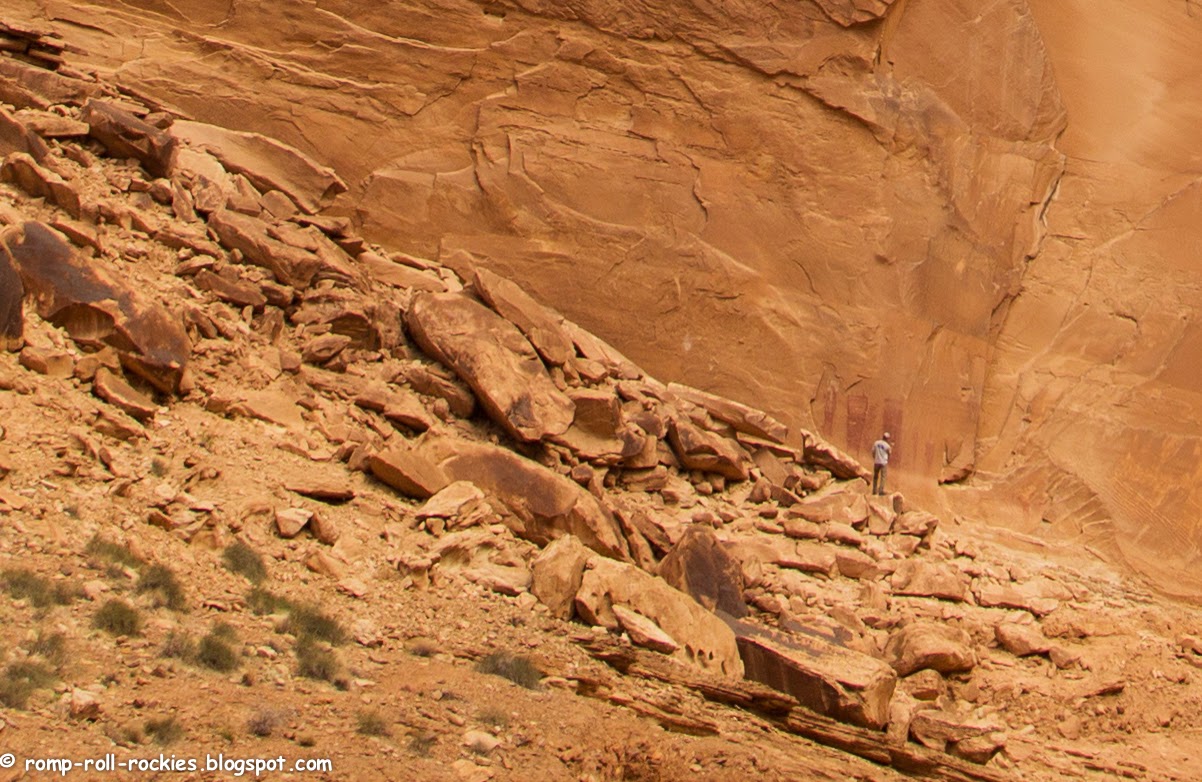 It was a wonderful first day in the desert with the promise of many more canyons to explore! 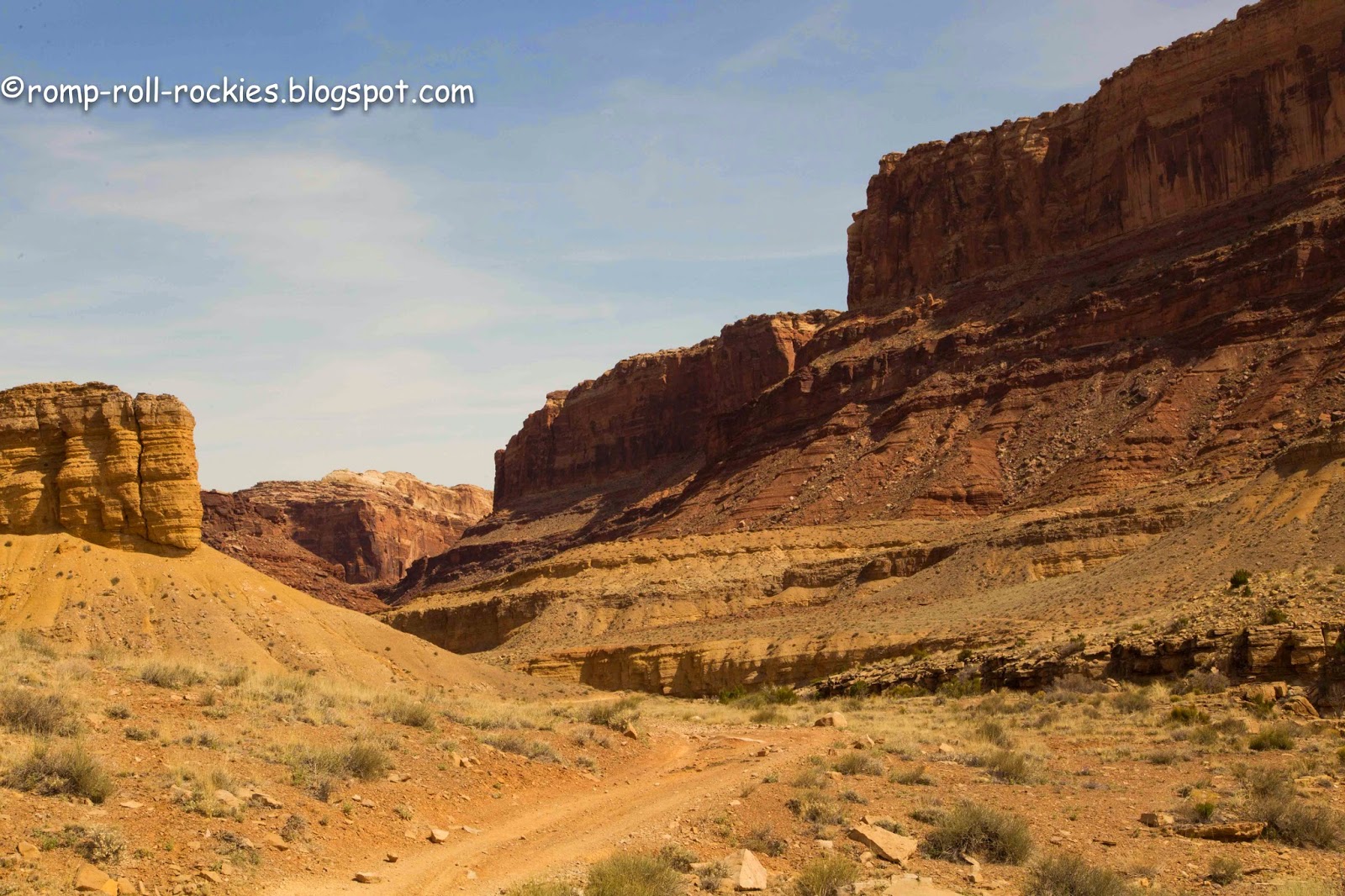