I was having a great day. I enjoyed a ride with Shyla, and then I went on a longish ride that I haven't done in about a year. It's a fairly remote ride and I saw no one else the whole time. It was a good day in paradise. 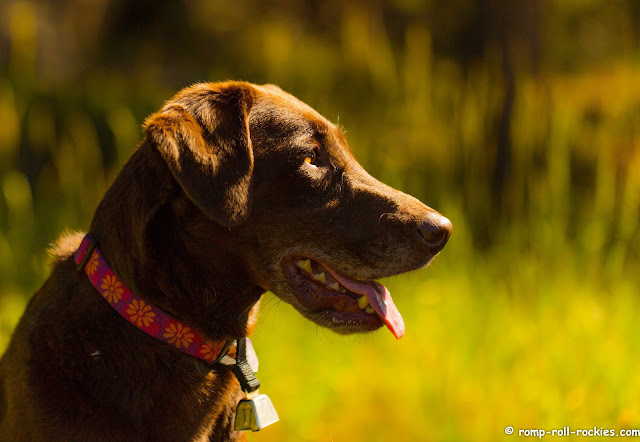 As I was getting close to home, I contemplated the four different routes I could take, ultimately deciding that I was tired and I should go home as directly as possible on trails. Then, I smelled smoke.

I was about 400' lower on a steep slope than an area where people like to camp. Climbing that slope on my bike was not something that my tired body wanted to do. I started to convince myself that smoke always rises - so there was no way that the smoke was coming from up near the campsites.

Then, I stopped. I thought to myself that, if a wildfire started up there today, I would never forgive myself. I turned around and started the slog up one of the steepest slopes that I can ride on a mountain bike.

As I rode, the smell of smoke got stronger. My legs churned faster because it seemed like too much smoke to be just a campfire. And, who the heck has a campfire midday when it's sunny and warm?

Alas, I was shocked to find a burning campfire in a campsite occupied with a camping trailer and tons of other junk like a mattress on the ground, dirty pans on the ground, and food completely out in the open for bears to get into. At first, I was scared that someone was inside the trailer, and facing these kind of vagrants in person is not something that I like to do.

Here's what the scene looked like. The trailer is just to the left of the photo. It looks as if they are moving in for the long term. 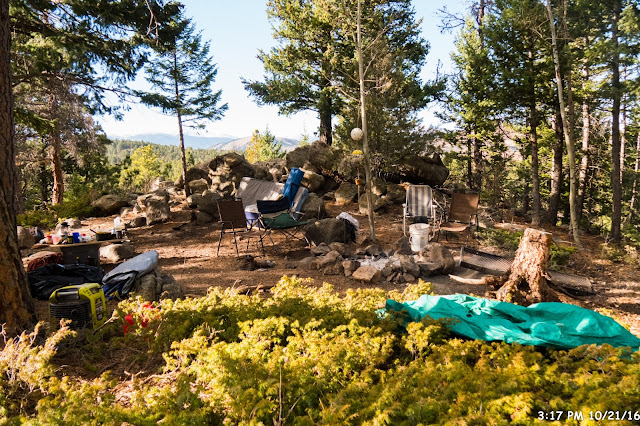 And here was the fire with glowing embers and smoke going up from it. It wasn't huge but the wind was howling. 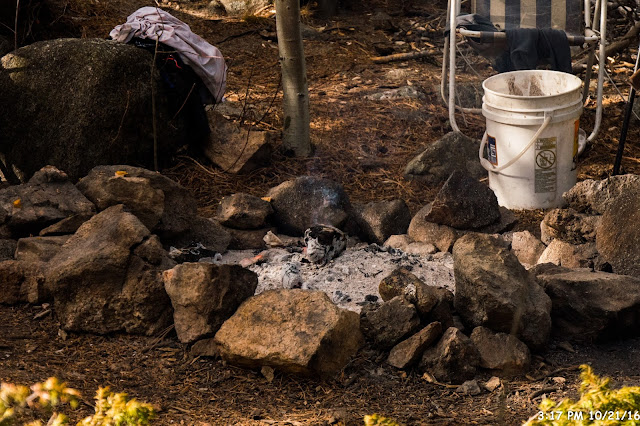 This very short video will give you a feel for the way the wind was fanning the flames and sending hot ash flying.

I rode away and contemplated the situation. I felt that I couldn't call the authorities without knowing whether the campfire was truly unattended, and I couldn't leave unless I knew that someone was containing the fire.

That line of reasoning sent me riding back down the road toward the campsite. As I approached the campsite, I called out like a friendly visiting neighbor "Hello! Is anyone home?". No reply. I called two more times, and no one stirred. So, I called the authorities. And then I got to work making a trail of orange surveyor's tape from the main road to the campsite.

I am frustrated. It seems that we are attracting campers of the worst kind. They don't care about the forest or the animals or the neighborhood that they are camped in. They are slobs and downright dangerous. I am not the only one who has "had it" with this situation. Yet, the Forest Service acts as if they are as helpless as the rest of us. Change the rules! It's that simple. Ban dispersed camping in our area. That will solve it. And we will all be much safer.

Remember July 11, 2016, when our entire area was evacuated due to a raging wildfire started by the smoldering ashes of a campfire that had not been adequately doused a couple of days earlier. Several people lost their homes, and one couple, both of whom were firefighters lost their home, with their dogs in it. They were out fighting this monstrous blaze when it took their home and furry family. 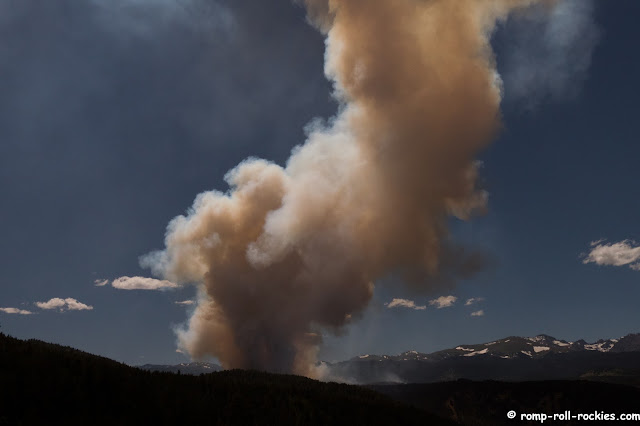 If you care even the slightest bit about the forest, animals and people of the area, you would never drive away leaving your campfire burning. I'm sure that no one who is reading this post needs to hear this message but I need to vent!
Posted by KB at 7:02 PM