As I pedaled up to Hug Hill with Shyla this morning, the sky looked dark but there were shafts of sunlight filtering through. Then, it started sprinkling a light rain. When we crested the ridge before Hug Hill, this was the sight that met us. It was one of the most intense rainbows I've ever seen. 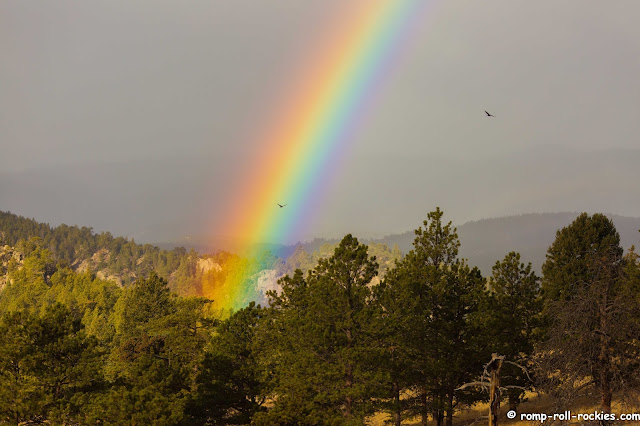 I dropped my bike and tried to get photos. I wanted to get one with Shyla running under it but the rainbow began to fade before we were ready. You can still see it faintly behind her. 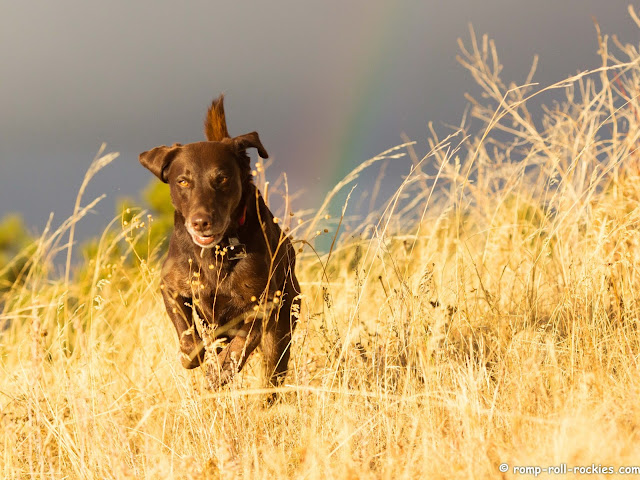 We resumed our upward path, watching the rainbow wax and wane with the sunlight and rain. Finally, it lit up again leading straight down into the forest behind Shyla. 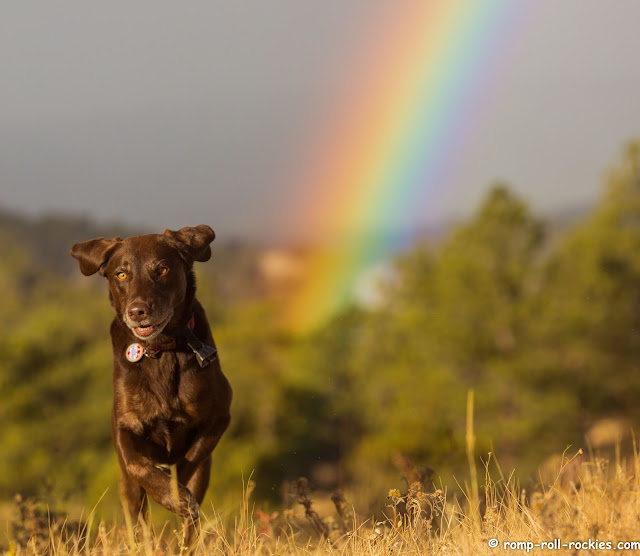 This one is my favorite. I would entitle it "Shyla is the pot of gold". She sure is my pot of gold! 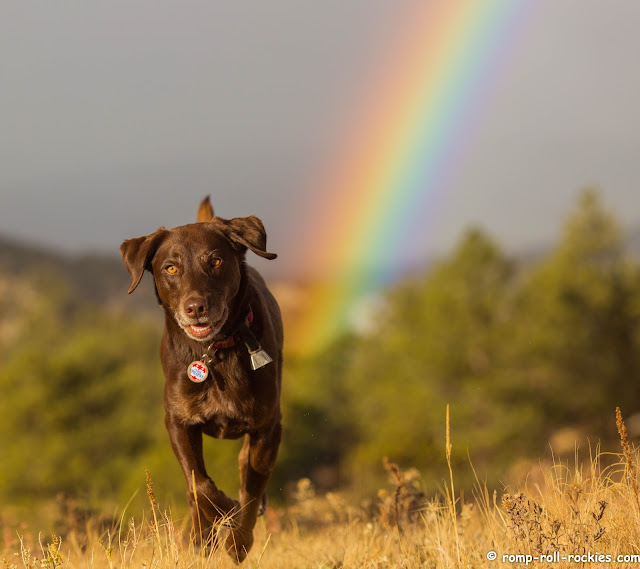 We spent a long time out on the ridges, watching the rainbow with me getting progressively colder in a light rain and a wind that had a hint of winter.

It started looking very ominous out toward the Divide. 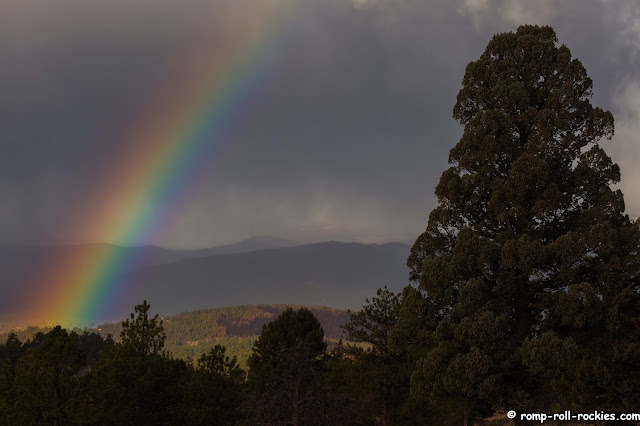 In that one photo, you can see the brilliant rainbow, the mountains enshrouded in clouds, and the burn scar from that raging wildfire in July (lower middle of the photo).

At that point, I was truly shivering so we headed off for the forest where the wind would bite less hard. Believe it or not, I had another amazing sighting later in the ride but I'll save that for another day.