Mother moose and her calves

Yesterday was an exciting day of mountain biking. First, we saw the rainbow that I featured yesterday. Then, I dropped Shyla off at home and headed out to ride a little more. At the very start of that ride, I stopped to admire the deep blue sky over the snowy mountains. 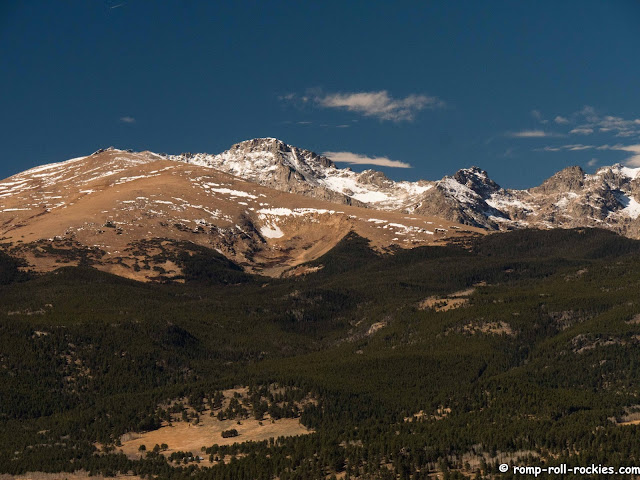 Then, I did a fast descent. I was in the zone, totally focused on my riding, when I heard the sound of thundering hooves. I looked up - and this was what I saw! 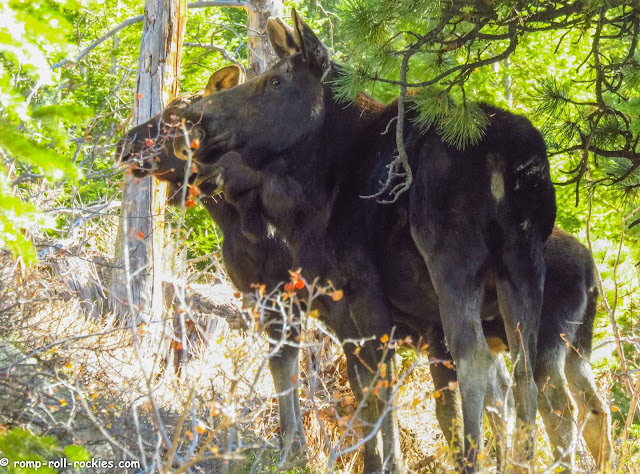 It was a mother moose and two calves! My heart skipped a beat when the cow moose looked straight at me. She was uphill of me so I would've been in big trouble if she'd charged like other mother moose have done in the past. 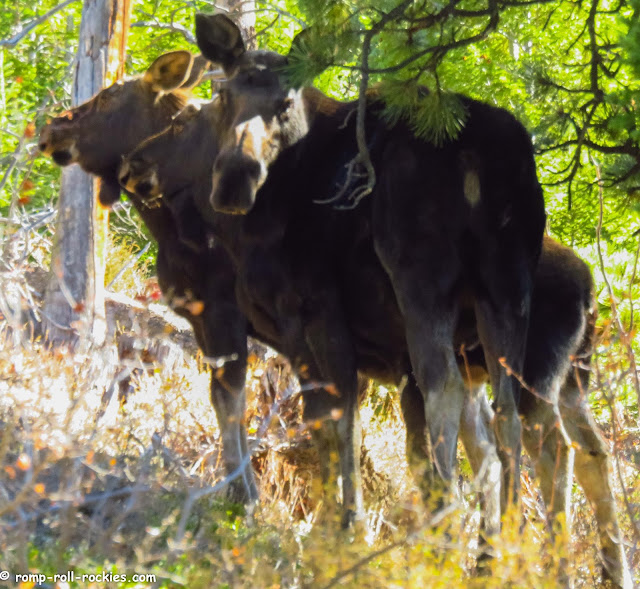 But then she turned her head away from me so I knew that I had a moment or two of safety. 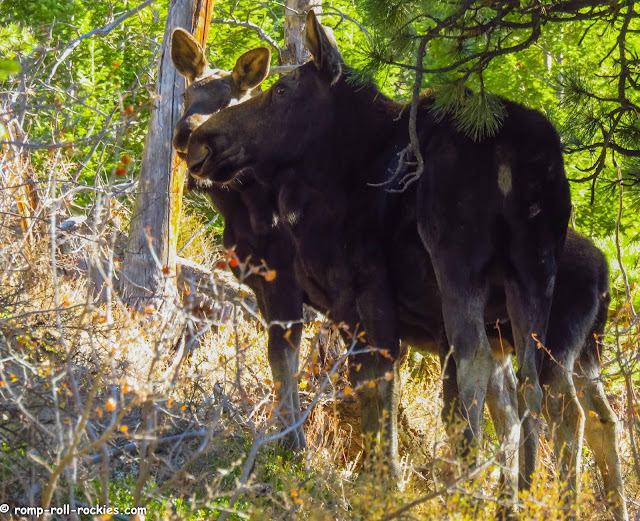 I rode up the trail, fully planning to leave. And then I realized that my friend Vickie would never forgive me if I just left without getting at least one photo with my real camera. I got the camera complete set up, slung it around my neck, and tentatively pedaled slowly back toward the trio.

While I'd been up the trail debating whether to sneak another peak at them, the mother moose had moved off behind her calves. I loved seeing the two youngsters watching me carefully. Meanwhile, mom was busy eating an aspen sapling. 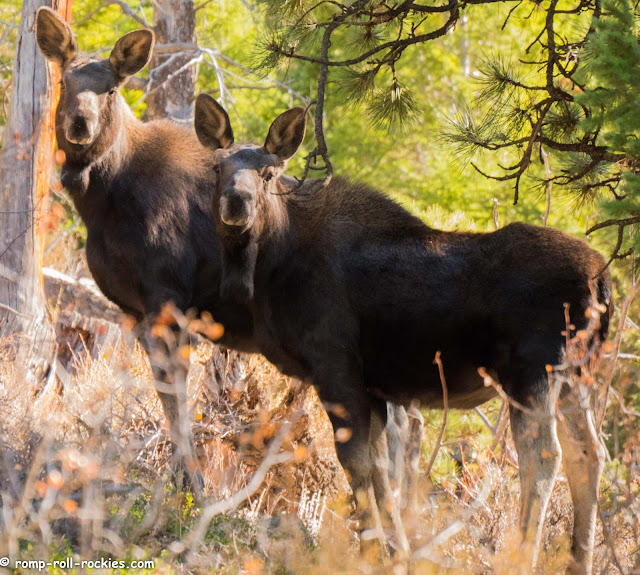 If you look really closely, you can see that the right calf has antler buds so he's a boy. The left calf doesn't have buds so she's a girl. These two were probably born in May or June. They'll stay with their mother until next May or June when she gives birth again. My reading tells me that it can be extremely tough for a mother to find enough food for two calves over the winter so it's possible that only one of these will survive. I hope that my cams can catch enough photos of them for us to know how they're doing!

Taking that photo took about 10 seconds, and then I departed. I've learned the hard way that a mother moose can appear to be unconcerned one second and then turn into raging maniac the next second.


I was really glad that I'd had my fun with the dogs earlier, in an area where there weren't moose in our path! 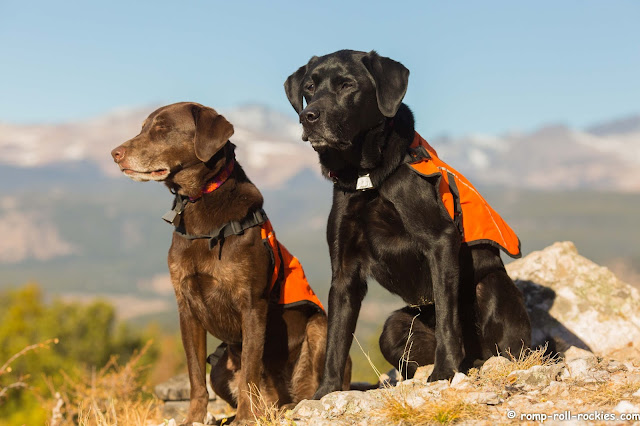 Alas, it is hunting season so we did have to stay out of the way of rifles. The Duo was sporting their orange and I was wearing mine. We are a blinding group during hunting season.

Living in the midst of such amazing wildlife is wonderful. It can be scary at times but I accept that as the price for living in a wonderful place. It also is really sad to me when I hear the boom of a rifle during hunting season. I'm sitting on the deck right now, and we heard a boom close enough that both dogs started barking. My heart sank, knowing what had just happened.

Here's to our wildlife. What a hard life they live.
Posted by KB at 5:26 PM