A Curious Mountain Lion Checks Out a Lion Marking Area

A young mountain lion was in our neck of the woods recently. My trail cam first captured his movement a bit to the east of here. Eventually, he made it to a favorite mountain lion marking spot quite nearby. He walked into a clearing and sat quietly. 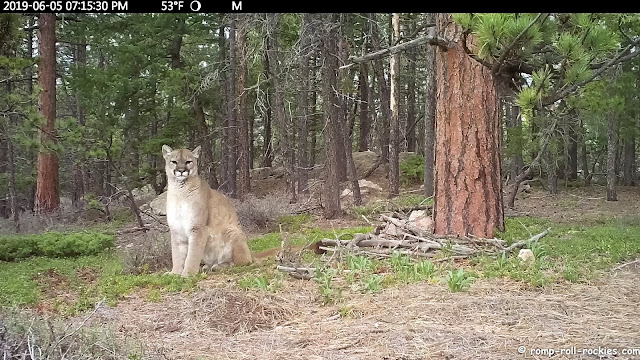 Soon, he moved toward the spot where lions have scent marked for a long time. It's a spot where the pine needles are scraped into a big pile by lions who kick backward with their hind paws ("scrape"). 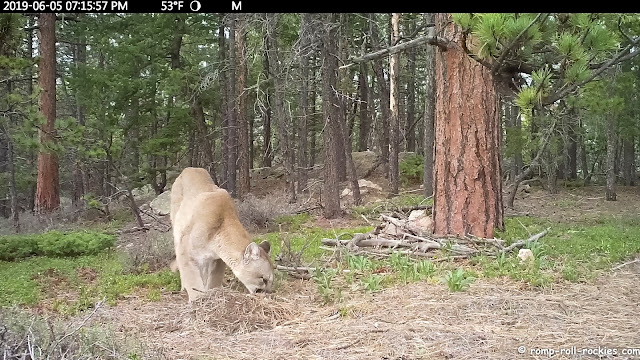 Next, the lion sniffed the air. 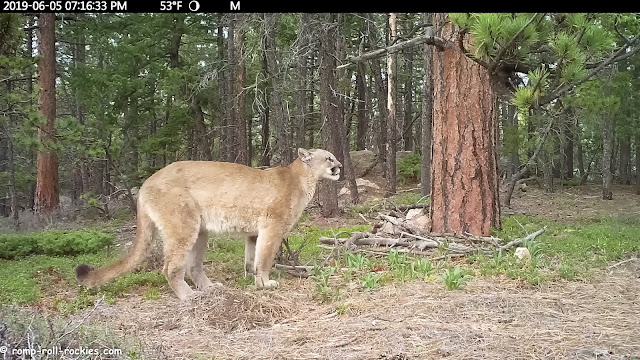 After he sniffed, I fully expected him to mark that spot himself but he did not. "He" never gave us a view of his hind end that would give us an idea of whether he's a male or female. The fact that this lion did not scent mark makes me think that the lion might be a female.

The lion stood still for a moment... 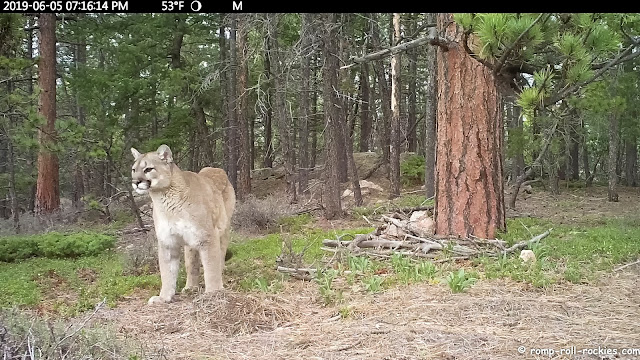 ...and then walked close to my cam as he departed. 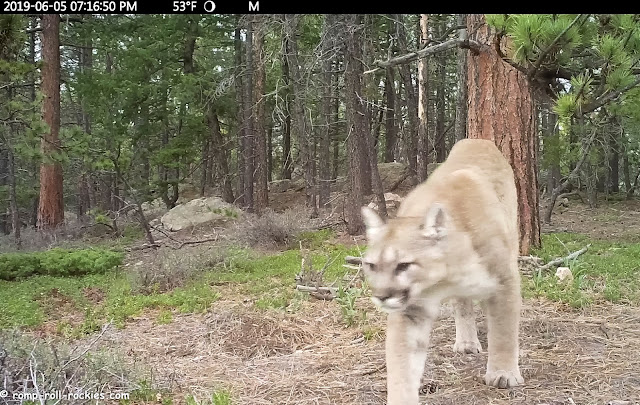 You can see the faint bars of darker fur on the inside of his right front limb. That's part of why I think that this lion is young, despite being full grown.

This clearing was the sole territory of our big tom cat who was killed this winter. Now, several different mountain lions have visited it. I wonder which of them will take up residence in this "open" territory.

I compiled the footage into a short video I especially love how slowly and thoughtfully the lion acted while in the clearing. It's a rare kind of daytime behavior to see!