I became increasingly worried that his non-injuring "attacks" were escalating and might end up badly injuring R. I got extremely upset, even coming down with a migraine due to my stress as I realized what we were facing. We finally decided that we needed to separate the Duo from Hachi, effectively splitting our pack within one house.

This is not an easy thing to do, either logistically or emotionally. Logistically, we have an open floor plan with a few rooms with closing doors off a big multi-functional room. Since we don't (yet) own gates or ex pens, it has meant that one half of the pack is behind a closed door or in crate(s) while the other half is out. We hate that. And, Shyla gets very upset, barking non-stop, when she can't be with us, creating yet another stress source.

Emotionally, it stinks not to be able to be with all of our dogs at once. It feels as if we are constantly letting someone down - whoever is closed up away from us. 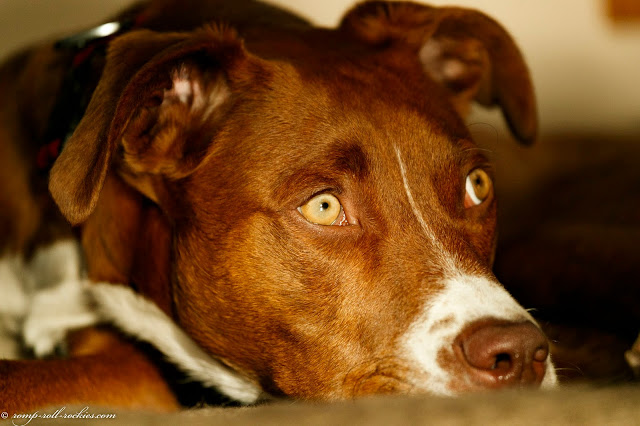 Fortuitously, months ago, I'd made an appointment for Hachi with a very booked up Behavioral Vet, and it fell last Thursday. We drove a very long way to have him evaluated. Suffice to say that the outlook was not cheery. His aggression started quite young, and he is classified as "very reactive" toward strangers. The vet started him on Prozac. Then, this week, we add in another anti-anxiety drug. The hope is that we can calm his fears using pharmaceuticals to bring his reactivity and aggression under control. That will help him to be more receptive to training.

The conversation with that vet was sobering and heart-breaking. The vet absolutely feels that Hachi should be kept separate from the Labraduo, at least for now, until if/when the drugs start working. Her prognosis is not great but we will do all that we can to help him. There are only so many hours in a day but we are doing everything in our power to retrain his brain to see the world as less scary. 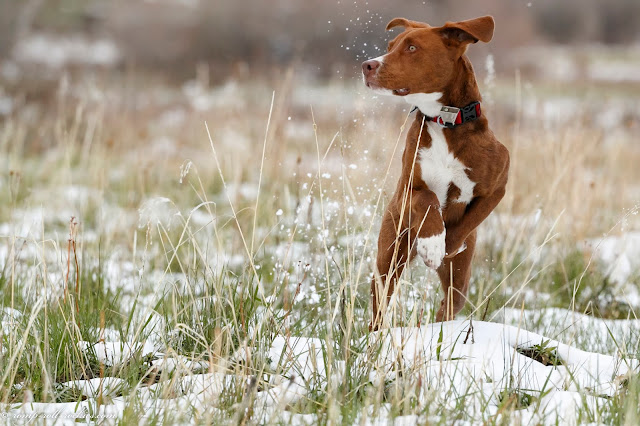 The vet rightfully pointed out that none of this is good for our exceptionally fearful Shyla. We are seeing that very clearly as her anxiety is escalating because she wants the reassurance of being close to us all the time. We need to get her evaluated too so that she doesn't end up regressing into the non-functional state that she was in when we first met her.

I am still feeling incredibly sad and afraid. Leaving the behavioral vet, it felt like we'd gotten a diagnosis of similar severity as cancer - because she was so strong in her words about Hachi. I am guessing that I'll feel less sad as we get used to our new normal of having a split pack. And, I'll really feel better if the drugs seem to help. The Prozac takes a long time to become therapeutic so we won't know about that for a while. 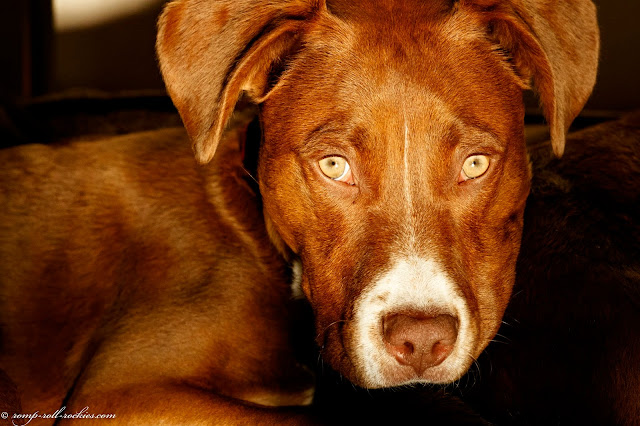 No matter what, Hachi has always been incredibly sweet and loving with us humans. He melts our hearts every day. We love him like crazy so we want to make this work. I hope that someday, this update will all be a faded memory when Hachi is a well-adjusted dog in our pack.
Posted by KB at 4:00 AM