Hachi seems to be calming down. The meds have brought down his intensity quite a bit, and the Prozac isn't even supposed to take effect for a while longer. For his mellowness, we are grateful. 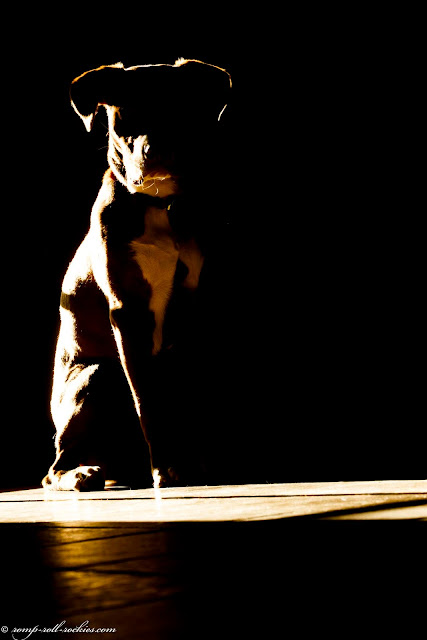 He will be separated from the Duo within the house for the foreseeable future. The good news is that the separated pack is becoming more routine for us. We have an ex pen, extra crates, tethers, and gates. With all those options, we are finding it to be easier to move the dogs around the house without interactions. And, doors no longer have to be closed to separate the pack. It feels much better that way.

Hachi's mellowness means that some of his training is going much better. He does something called the "Relaxation Protocol" which is often prescribed for reactive dogs. It involves him lying on a mat while we do all sorts of silly things, including pretending that someone is at the door. He now can handle all the crazy things that we do - and remain quietly in a down-stay, even when we go to the door and pretend to talk to a visitor. That's a huge step forward.

Every morning and evening, Hachi has played with the other dogs with no problems whatsoever. He and Shyla love chasing each other and playing stick. 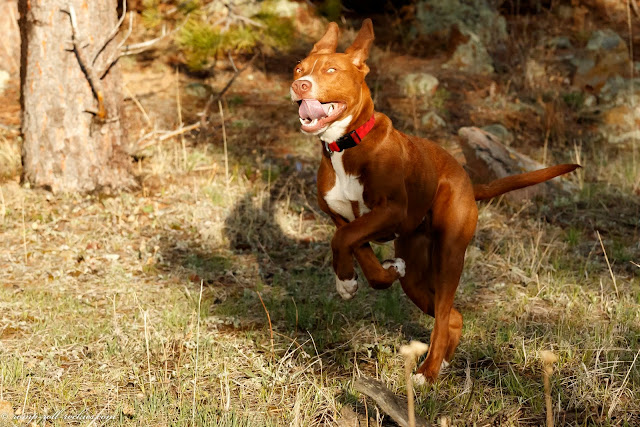 He has such a blast sprinting around outdoors. 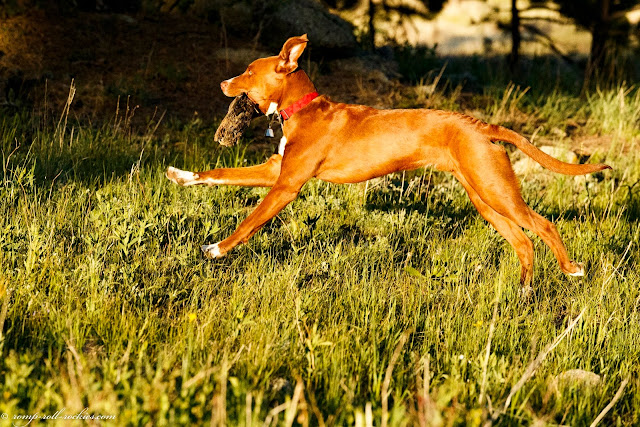 We are glad that he has an outlet for his puppy energy. It keeps him happy.

Most of all, we are feeling far more upbeat this week than last week. We feel some hope but we also feel like our current routine is sustainable for the long term. That's a big step forward.

Thanks so much for all of your support.
Posted by KB at 4:00 AM