Nature Friday: Big cats in the Night very Close to the Camera

I have one trail cam very close to a small spring. Every summer, the mountain lions love to drink from the spring. I think that this big male had stashed a kill nearby because he drank there on two nights in late May. 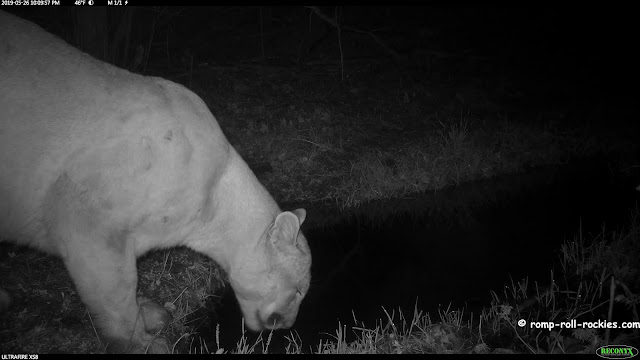 His muscular front limbs and neck are almost scary from so close. After his drink, he walked up the trail to a spot where lions have scraped frequently for years. Of course, he left a scrape. He's a big male mountain lion, and they never miss a chance to declare their dominance!

A few nights later, he passed the same spot again and stopped for a drink. Look at his reflection in the water. 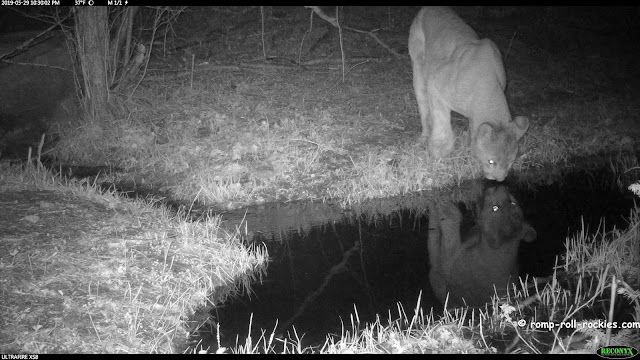 Lions often like to mark in spots where other species mark. In this case, a lion scraped under a tree where bears frequently mark. This "leaning tree" may look familiar to those of you who follow along with this blog. Tiny and other bears mark it regularly. 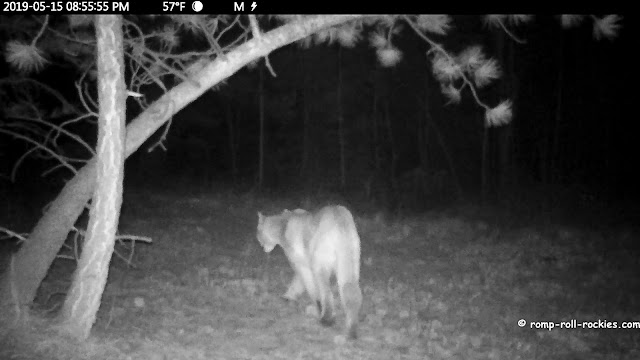 Here's a short video from the drinks and travels of our late May mountain lions. Check out his tongue in the "cover still" for the video.