On this Thursday, I am thankful for my Shyla and for the wonderful time we had out in nature while we were in Utah. Life has been difficult since getting home. I have tried to cast my mind back to the desert when I need a zen moment. I still have photos from that trip to share!

The desert makes my inner photographer so happy. I love the light at sunset. 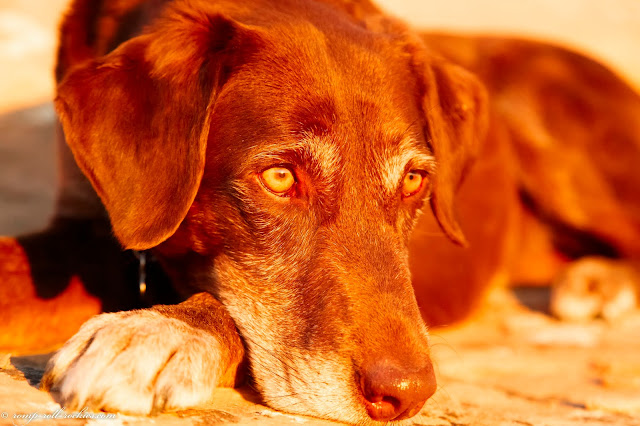 And I love this girl. 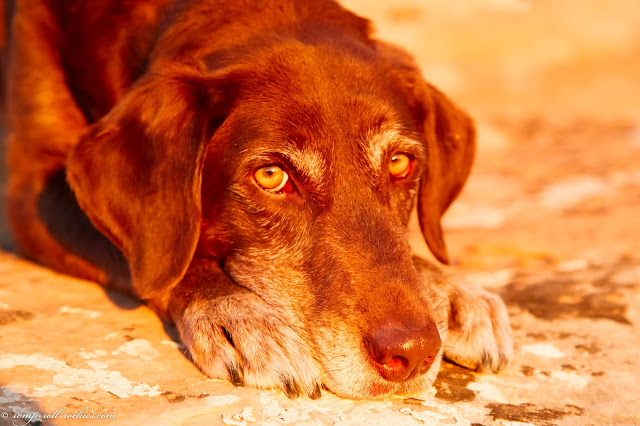 On one of our last evenings there, a double rainbow broke out by K's Rock during our sunset photo session. You can see the shadows of me and my girl watching it. The pot of gold looks so nearby! 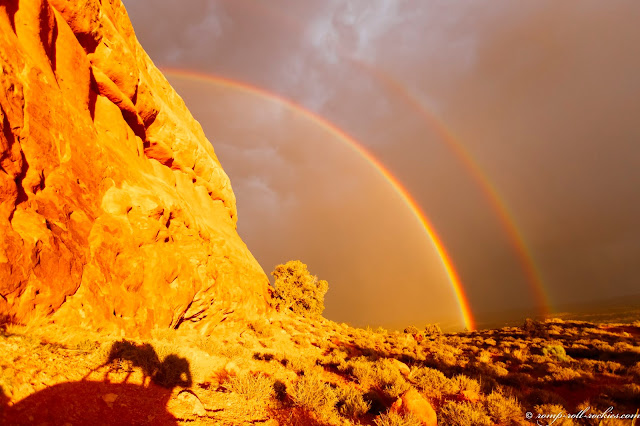 Ah, it was wonderful! 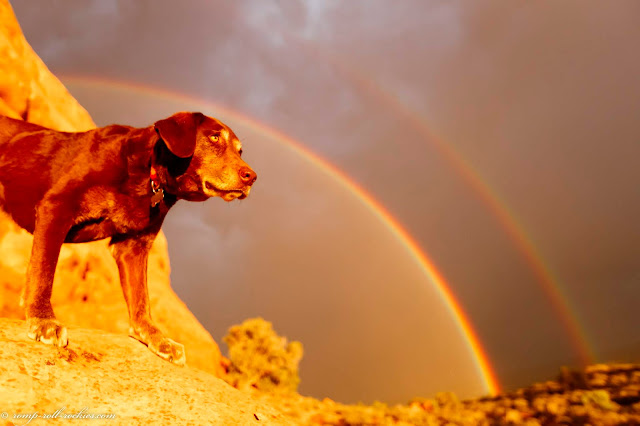 After the rainbows were over and the sun had set, the glorious desert stars would twinkle. April and May are the most interesting Milky Way months in my opinion. The Milky Way rises in the east shortly before dawn. Its stars begin parallel to the eastern horizon and slowly rise above it. This photo was a few hours after it had risen because we didn't have a view of the eastern horizon from K's Rock. 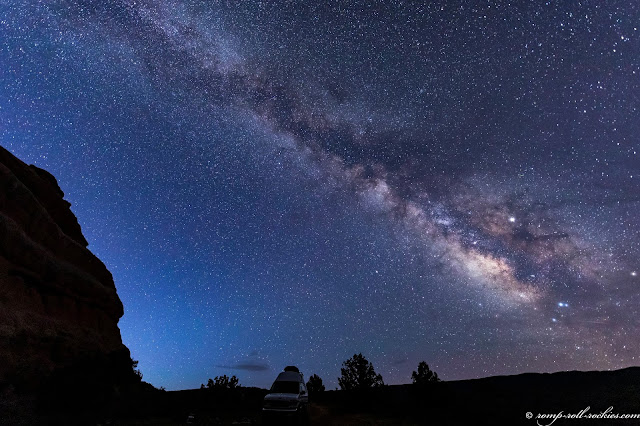 After reading about how the Milky Way rises in springtime, I was so determined to make some time lapse videos of the Milky Way rising after we arrived home. The forecast was good enough that I tried for the first two nights but it clouded up both nights. Since then, there has not been a single night with a good window of clear sky for star photography. It has been so rainy and stormy. Maybe next year...

But I am thankful for our serene time in the desert this spring and the view that we did get of the Milky Way.

And, I thank Brian for hosting the Thankful Thursday blog hop!
Posted by KB at 4:00 AM