Tiny is limping again. The limp is not as bad as late last summer but it looks painful for him to walk.

He looked normal on May 23rd, a snowy day in his territory. He walked with ursine grace and marked trees in his normal bipedal way. Something happened between then and May 28th, when his limp had returned.

He appeared early on May 28 in a beautiful scene. It had snowed a little overnight, and a water hole was full but frozen. You can tell right away that this is a really big bear because his ears are so small compared to his head. Of course, we have only one bear that big, "Tiny". 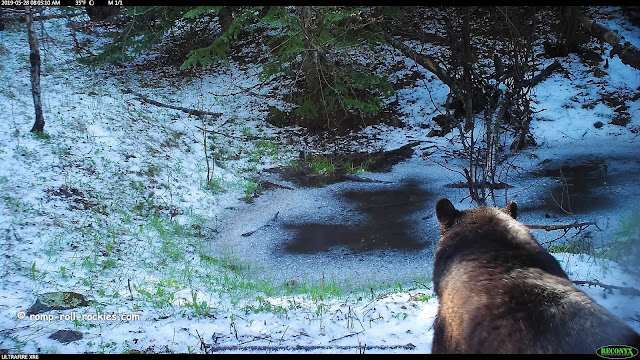 He broke the ice and drank some water. Then, he marked a tree - while sitting down. I wasn't fully aware of how much his right hind paw was bothering him. That was the one that he was dragging behind him late last August.

He traveled a lot that day despite his injury. It is the start of mating season. A male bear walks all over his territory, leaving scent marks on trees by rubbing his back on them. Then, sows pick up his scent and track him down. So, it is very important to a male bear to be able to walk throughout his territory. That's why Tiny kept moving.

That afternoon, he marked the leaning tree, which is a couple of miles from the water hole where we first saw him. He marked it while sitting down. 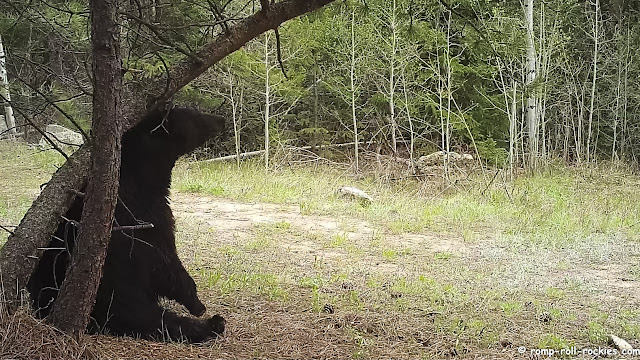 Then, he walked a short distance to another tree that he marks many times every year. He marked that one while sitting down too. 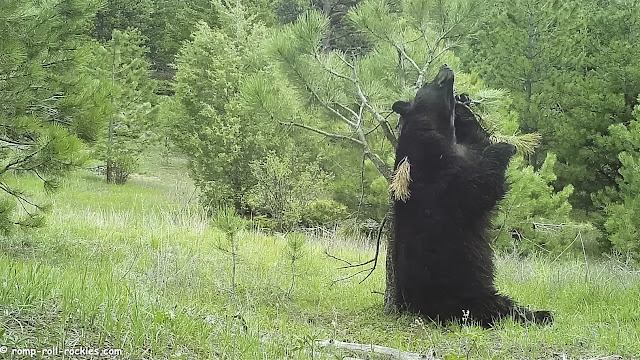 Tiny is about the same height as a normal bear when he sits down. 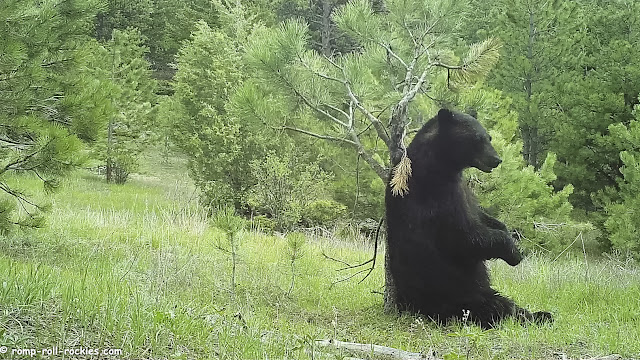 I have to guess that Tiny will keep marking all of his territory for as long as he can. At least we know that many cubs will carry on his legacy. And, I'm holding out hope that he will improve again.

I have a video of his travels.