Lots of play between the bear cubs

Blackie and Brownie, the cubs, played lots and lots in the water over the past week. They both seem to love it like their mom does.

Brownie continued her rise in confidence which bordered on rebelliousness and bullying on this day. Brownie went in the water to join her mom, and her mom gave her some soft bites that appeared to be trying to correct Brownie. 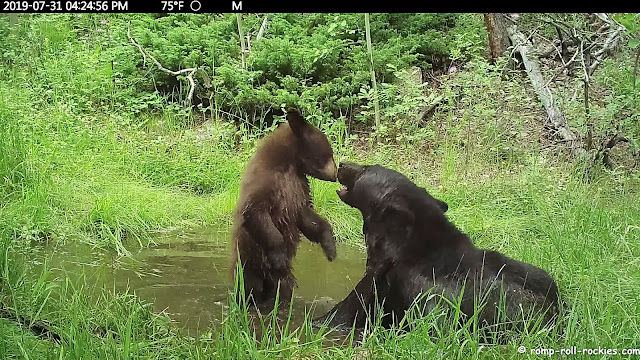 Brownie responded by again trying to bite her mom. Look at Brownie's hand on her mom - it looks a lot like a human hand. 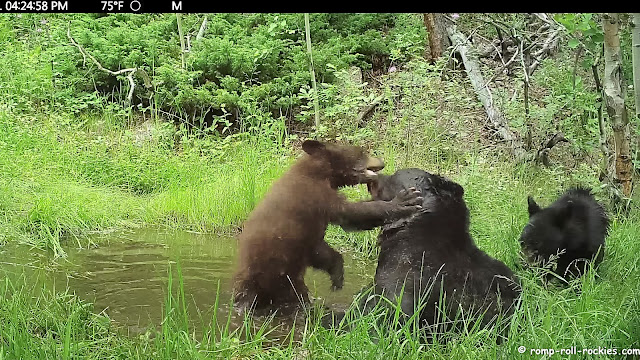 When mom decided to walk away, Brownie took a flying leap at her brother. 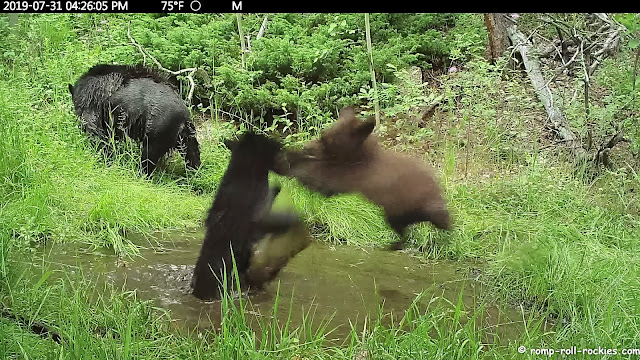 And then they both stood to spar. Brownie is now bigger and almost launched Blackie out of the water, thereby ending the play. 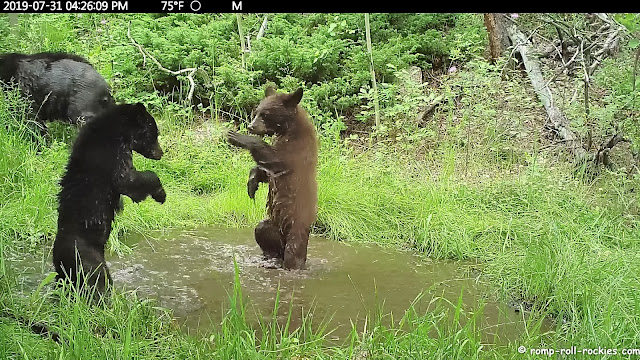 I am a worry-wart, particularly about aggression in animals given my recent life experience. However, despite that, I'll admit that I started to wonder how normal Brownie's behavior is. I'll try to find out, and I'll let you know if I do.

You can watch the video that I compiled of their play here.