Late one afternoon, a male mountain lion began walking along a ridge from west to east. 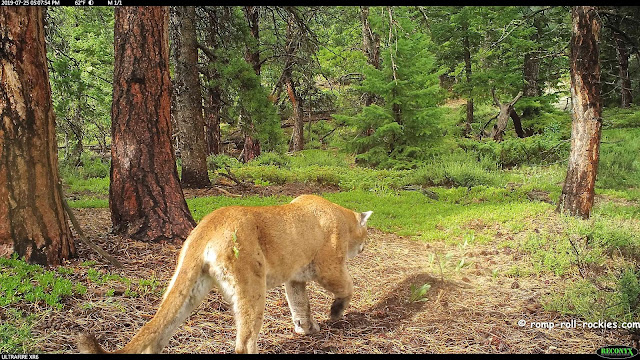 It took him about 2 hours to cover a mile. That is very slow walking for a big animal. 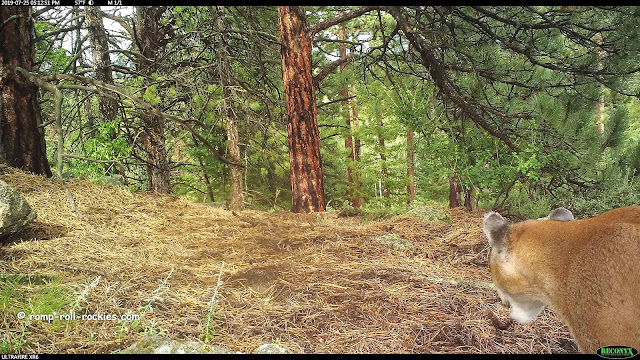 Then, I checked another cam on that ridge that usually does not feature lions. It showed a mother mountain lion and 2 kittens walking the same ridge *at the same time as the male was walking in the opposite direction*. These were younger kittens than in the family who we've followed recently. Their early life spots are more visible than the spots on the other kittens.

Here was the first kitten just ahead of mom. 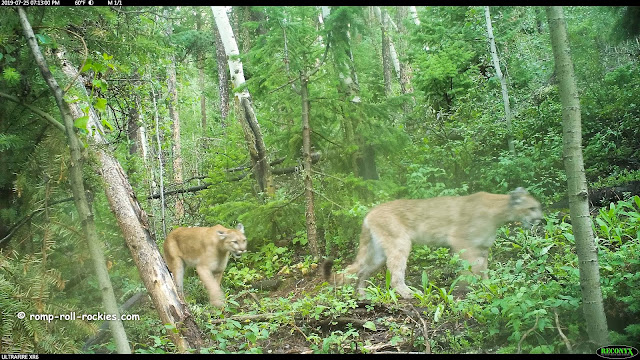 The second kitten was lagging behind mom. Here he was when he caught up. 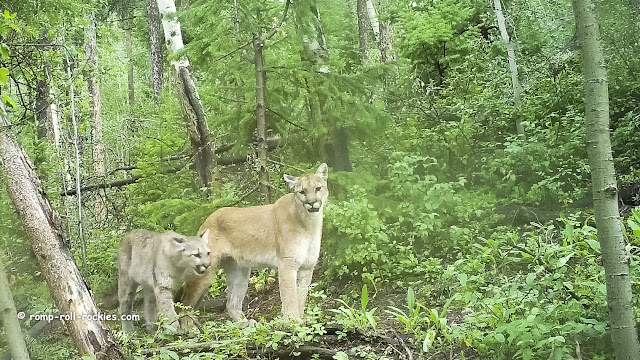 They almost certainly came close to the male. Believe it or not, male mountain lions kill kittens - even their own. So, this was a scary scenario. When the male appeared after his path had crossed with the family, I didn't see any sign that he'd hurt them. No blood was visible. Moreover, Shyla didn't indicate to me that there was a dead animal anywhere along that ridge. So, perhaps it turned out okay. Here he was as he reached the end of the ridge. 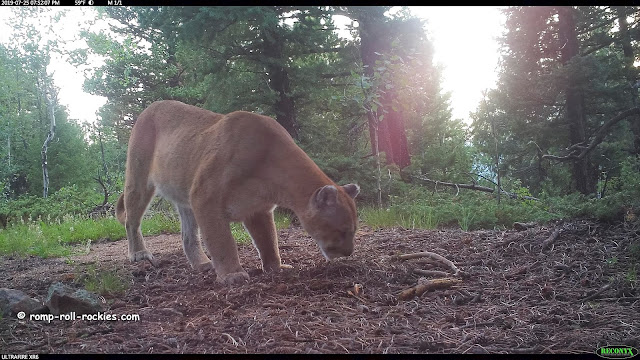 I compiled the video clips of the male cat and the family into one video which I hope that you enjoy!