Nature and Feline Friday - Wild Cats in the Wild

A few weeks ago, a mountain lion started a walk well to the west of us. A trail cam recorded video as he walked past it. 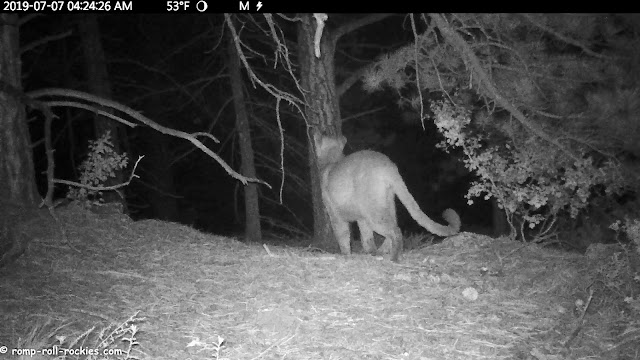 I've spent many years figuring out parts of the favorite route of male lions as they pass through our area. I still have more to figure out - there are some big gaps in the route where I haven't figured out the scent posts. But, I do know parts of it well.

About a mile after the first footage, the lion passed another cam at a scent post. 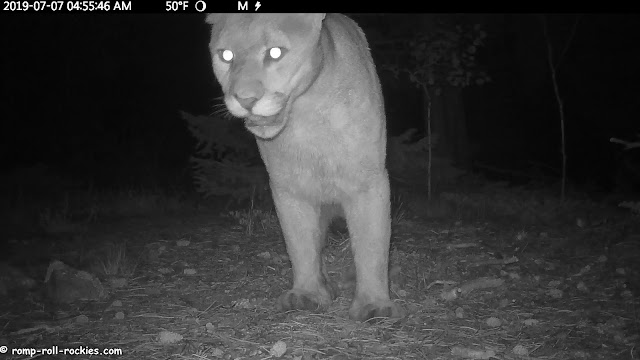 Then, after another mile, covered in about 23 minutes, he passed my favorite scent post under a Ponderosa Pine tree on the saddle of a ridge. 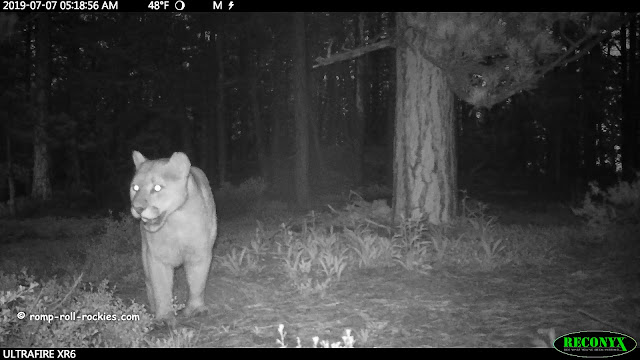 After the dogs found the carcass, I placed a cam by it to see what animal came to eat it. It was a bobcat. And, the bobcat covered the carcass with dirt to save it for later, I began to wonder if the bobcat could have been the one who killed the fawn. I have trouble imagining the bobcat fighting off the fawn's mother... but perhaps he did. 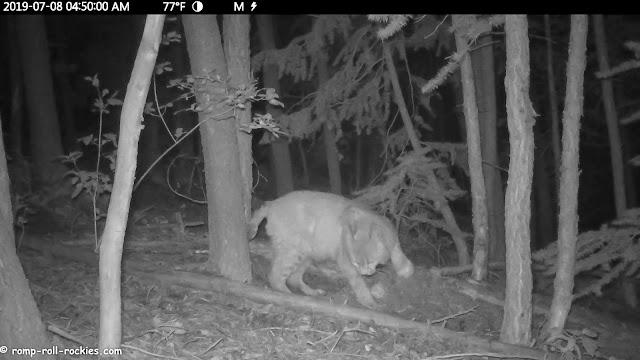 With that side tale told, I'll go back to our lion who continued on his route to the east even as the sun rose and lit up the landscape. I love this bird's eye view - it feels as if I could be sitting on the hillside watching the lion through binoculars. 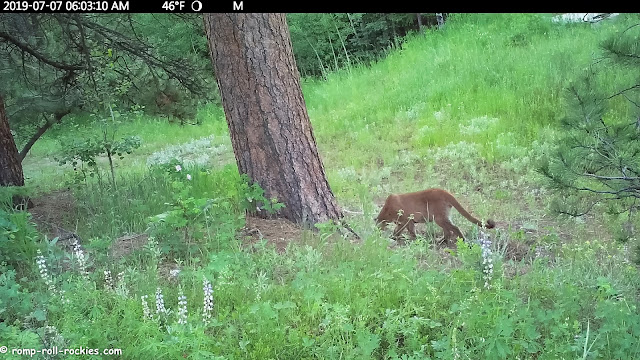 My last view of him that day was well to the east of here. First he marked the spot.... 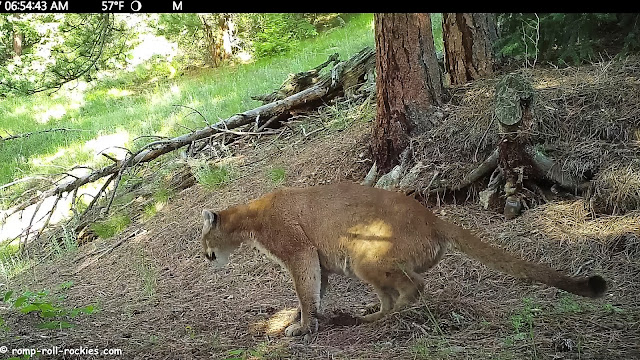 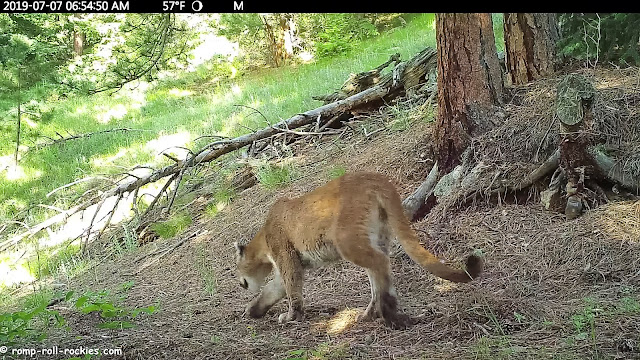 I have a video that I compiled from all of the clips. I hope that you have time to check it out!