I had fun times on the trails with the pups today. R's eyes gleamed. 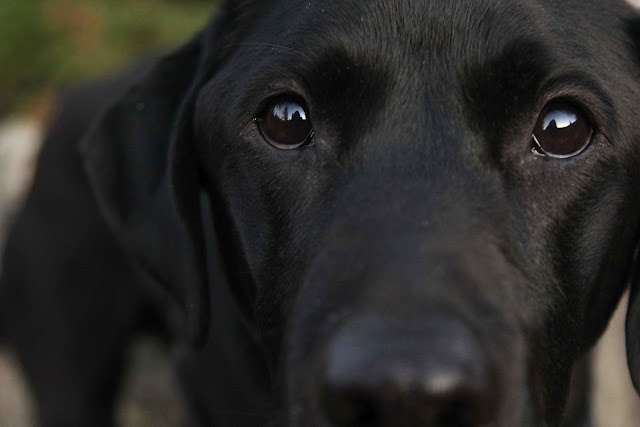 And Shyla glowed in the low angle sunlight. 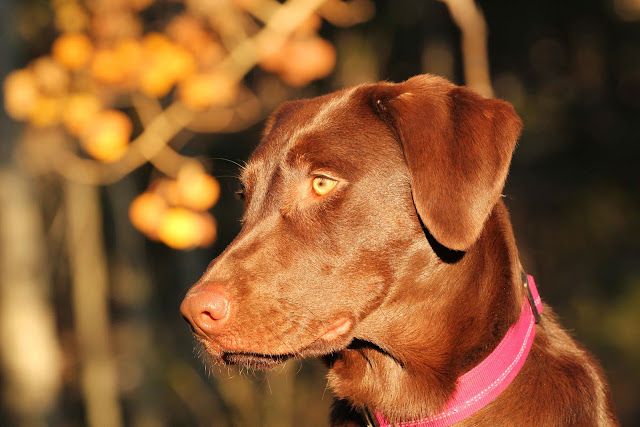 After spending time with the pups, I headed out to check some trail cameras, to an area where I don't take any dogs. A young mountain lion made the rounds here last week. I captured photos of him being goofy at multiple cameras. Here are the highlights from just one. A week ago, I departed the camera with my protective pepper spray on my belt... 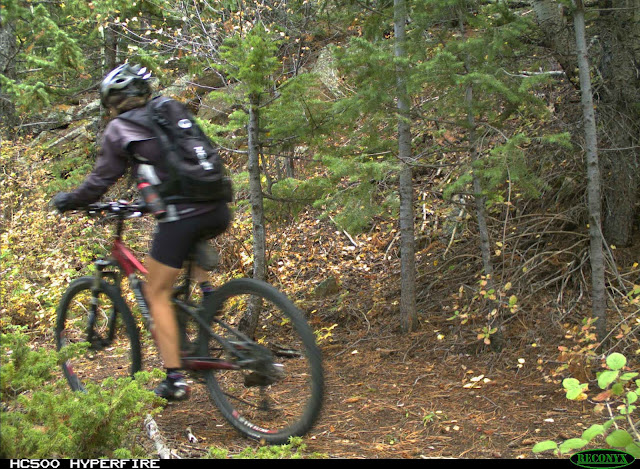 Later in the day, a mountain lion sporting ear tags and a GPS collar arrived at the camera. 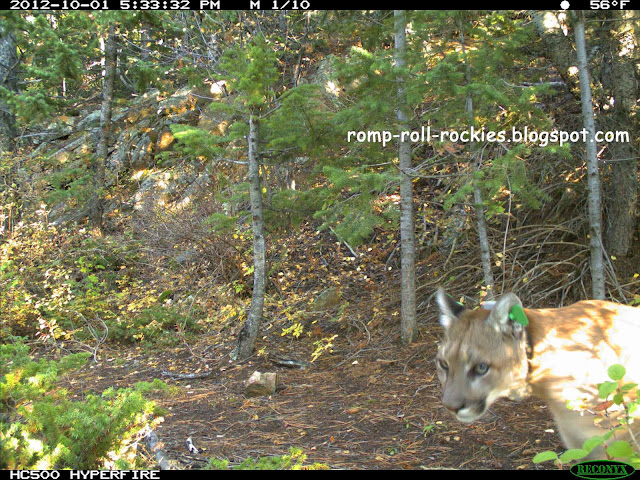 He immediately zeroed in on the camera. 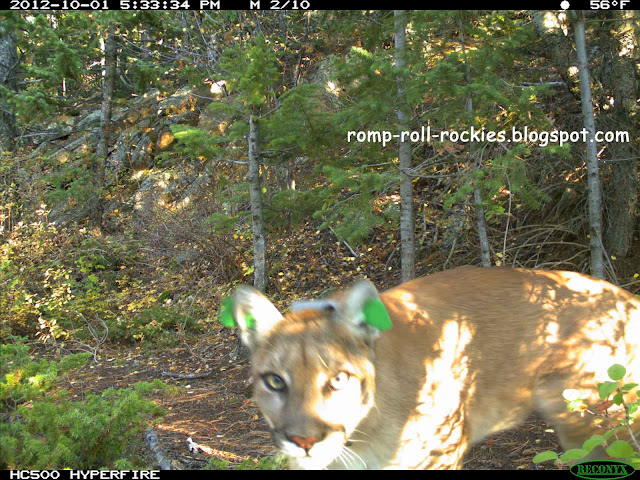 He moved closer to it. 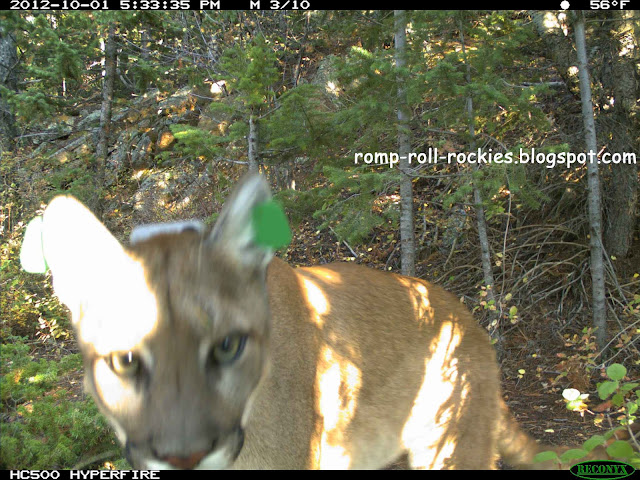 Then, he put his nose right on the lens. 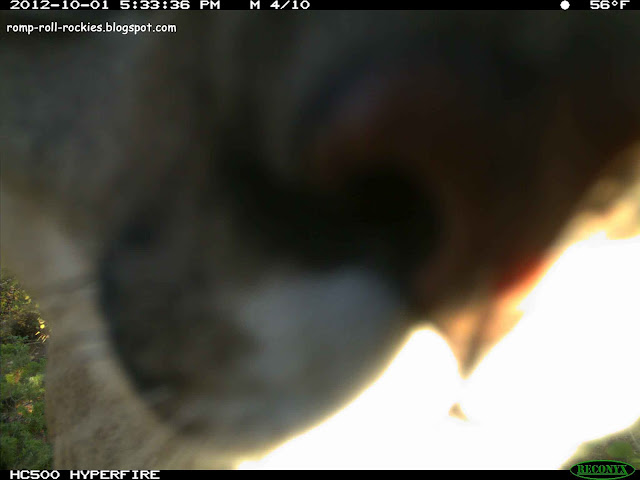 Then, he hung out directly in front of it for a while, giving me many closeup photos of his fur. As he turned away, his GPS and radio collar came into full view. 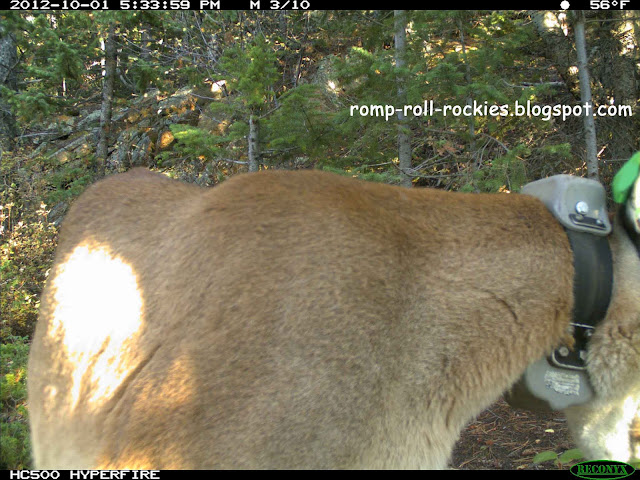 Then, his ear tags were obvious. I feel kind of bad for these cats, so bedecked in hardware installed by humans. 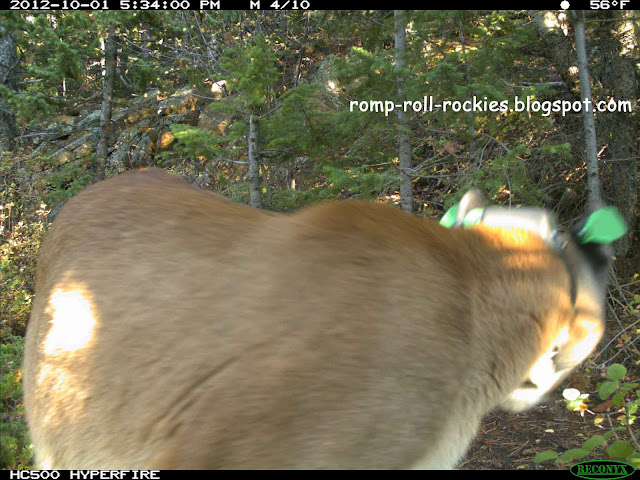 After leaving the camera, he headed for the base of the bear marking tree. It's one of those trees that many bears have stood up against and rubbed with their fur. 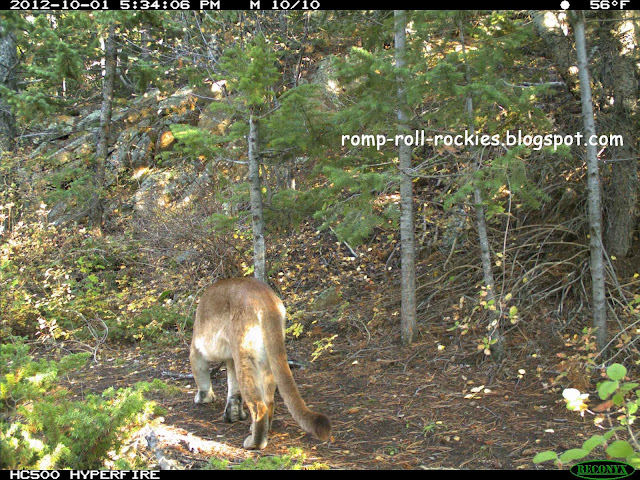 This goofy young mountain lion then did something that I've never seen before. 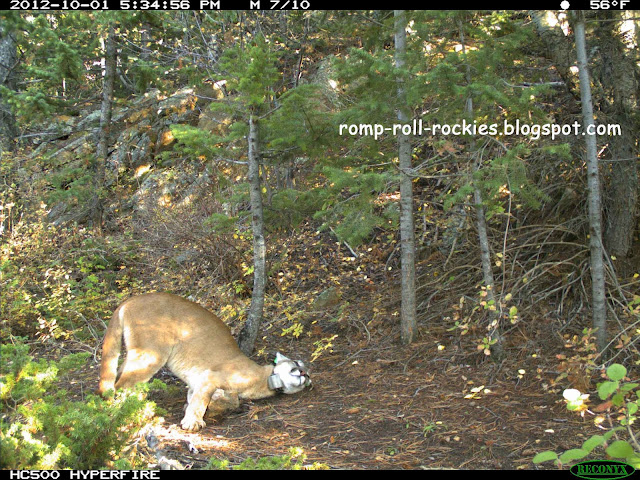 He rubbed and wriggled all around the base of the tree. 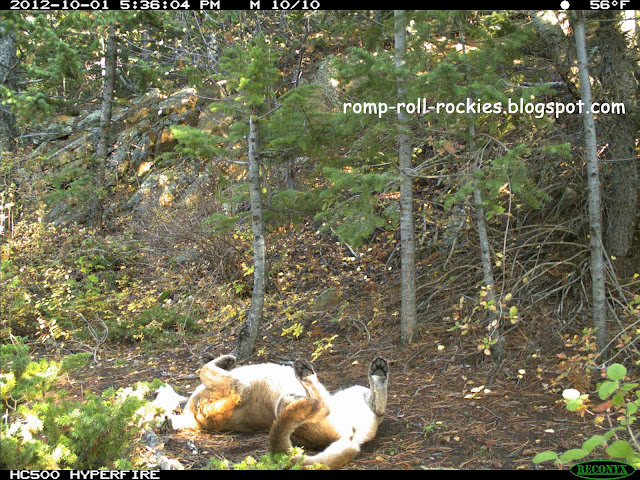 Then, he lay out flat for a moment. 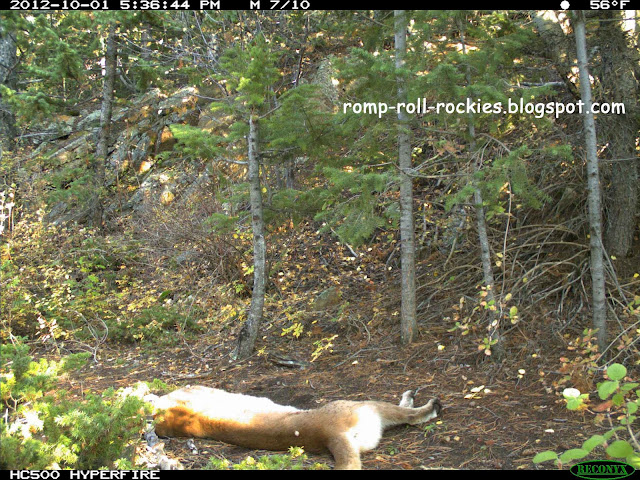 Suddenly, he came to his senses and looked up, perhaps realizing that he was being too goofy for the fiercest predator in the forest. 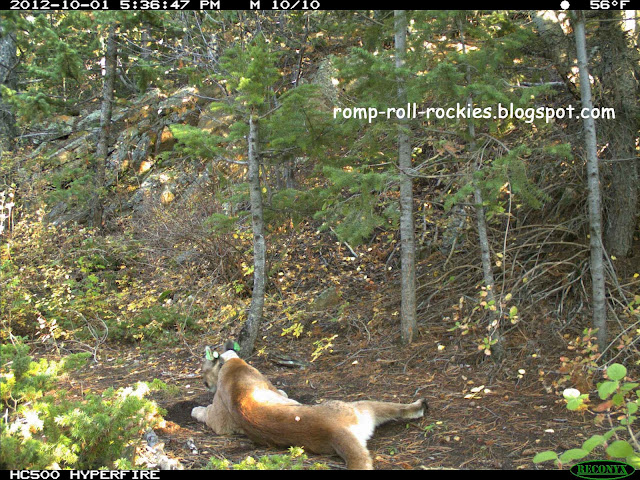 He stood up and shot my camera an evil eye before sauntering away. 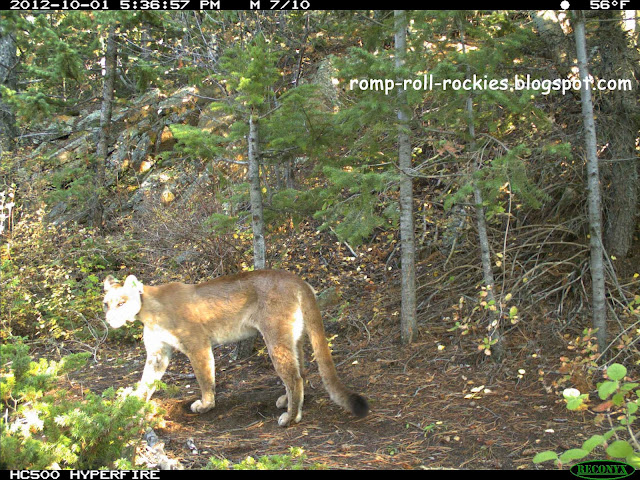 That was one of the most extensive and fun series of photos that I've ever captured of a mountain lion!
Posted by KB at 8:09 PM