The season of orange has begun. We all don orange vests so hunters see us. 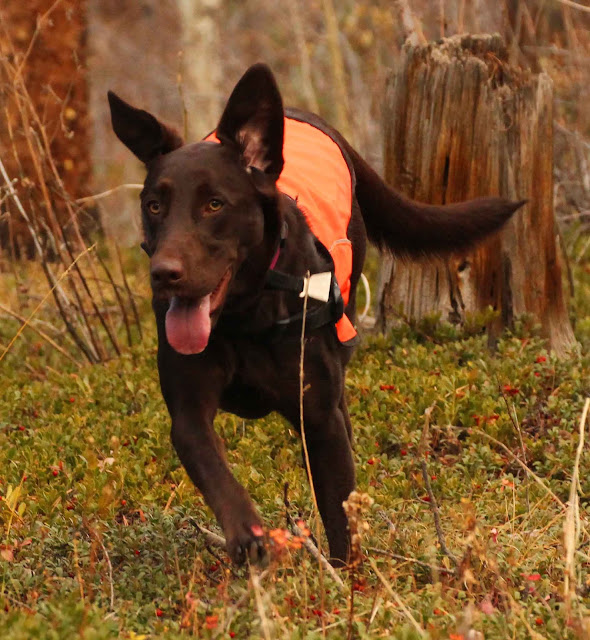 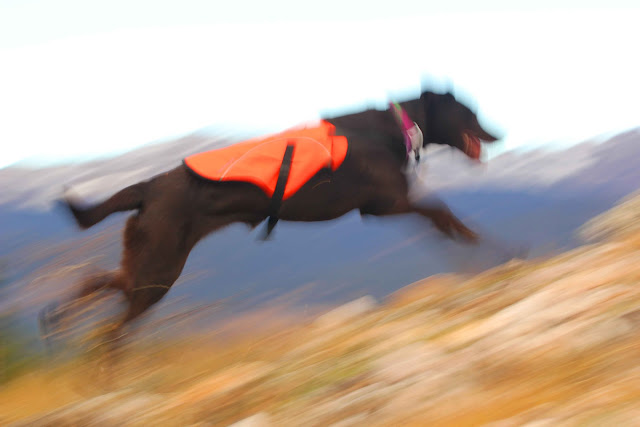 Apparently, the deer didn't get the memo about hunting season. A trio of does stood about 50 yards from me during my bike ride, seemingly ignoring me. Don't they look up the season dates on their iTails? 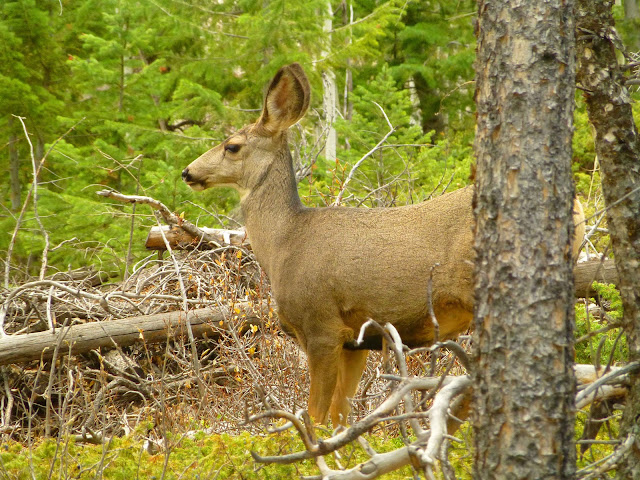 Not only did they have to worry about human hunters, but they also had to evade this guy who patrolled our area last night. Interestingly, a human was out and about last night in the same area. I doubt that the human had any idea that this huge cat was nearby. 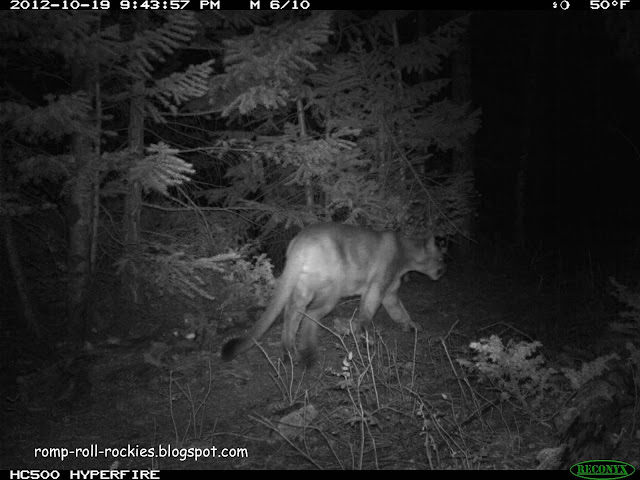 Another marker of the season is that most of the aspen leaves are on the ground... but I spotted a few golden and red leaves on a tiny aspen seedling. 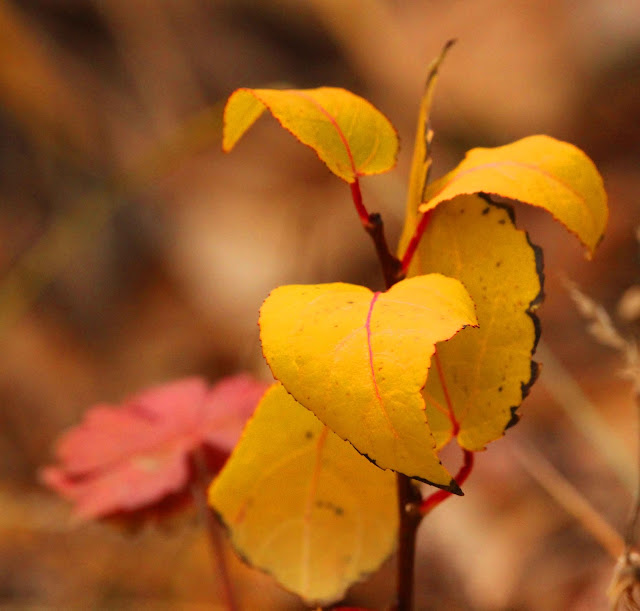 Here's one of the fallen leaves, like a work of art nestled among the leathery kinnikinnick leaves. 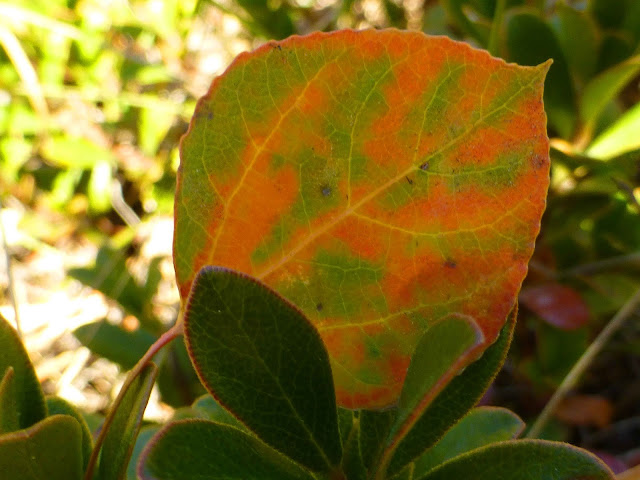 That leaf is a gorgeous orange (as opposed to the blaze orange that we have to wear at this time of year). I know that I'll be sick of donning orange garb every time we go outside for the next month or so... but it's a small price to pay to live in paradise!
Posted by KB at 5:22 PM