We have a bearproof garbage can. I've had trail camera pointed at it since June, thinking that I'd get a census of the local bears who would all sniff it. Believe it or not, I captured NO photos of any animals near it until the other night (4 months after posting the camera). I'm fairly certain that the bag next to the garbage can attracted the wildlife. It contained a very old dog bed (~15 years old) that doubtless emanated canine scents very strongly.

The first visitor was our friend the bobcat. He appears to have walked toward the bed with great purpose. 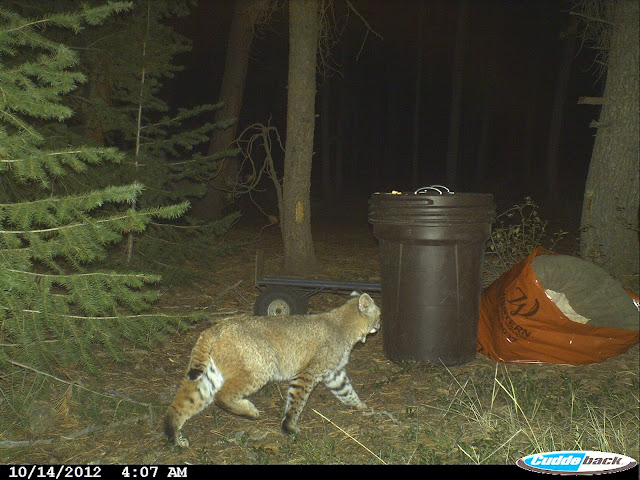 Then, a coyote looked toward the bed with interest. 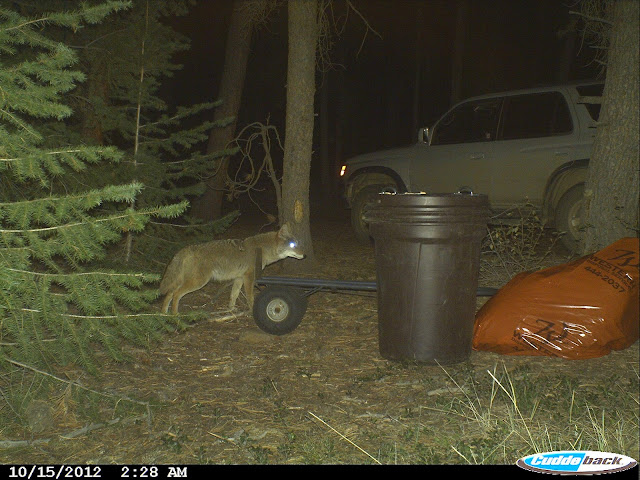 Either the same coyote returned... or another one came through. 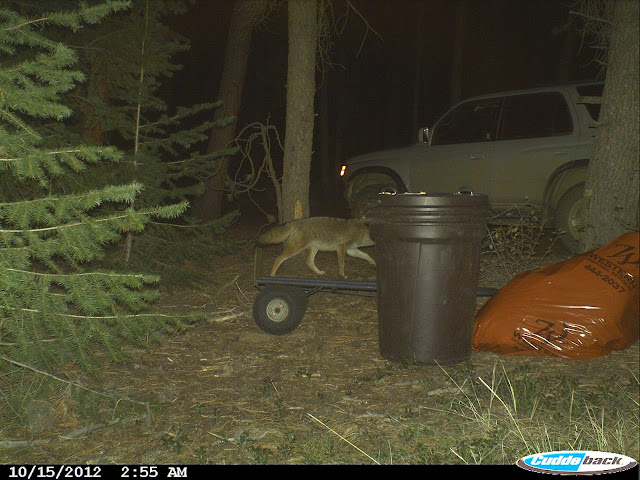 Then, Tiny the Black Bear showed up. He walked toward the garbage can. 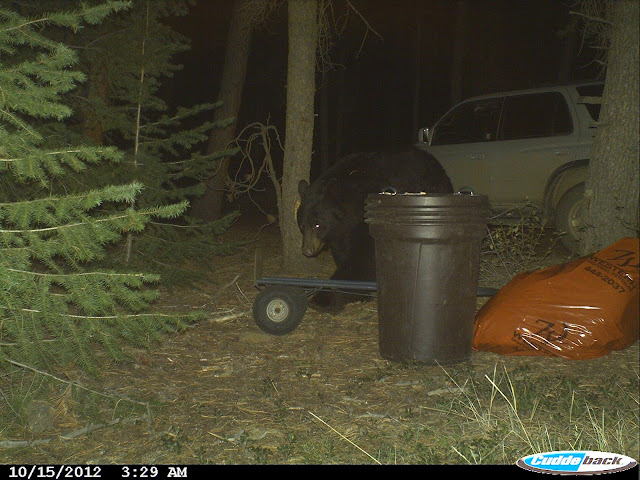 And, in the next photo, he was hard at work trying to open the bear-proof garbage can. He was unsuccessful. It is *truly* bear-proof. 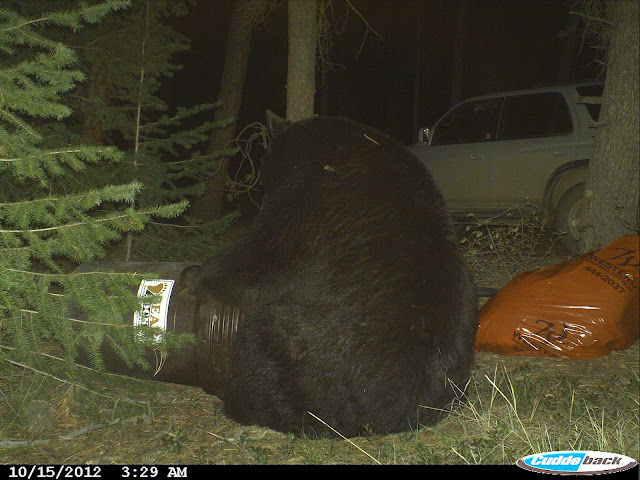 After giving up on the garbage can, Tiny walked 100 yards to the other side of our house, and he tried to break our bearproof bird feeding station. Birdfeeders are hanging about 6' over his head. 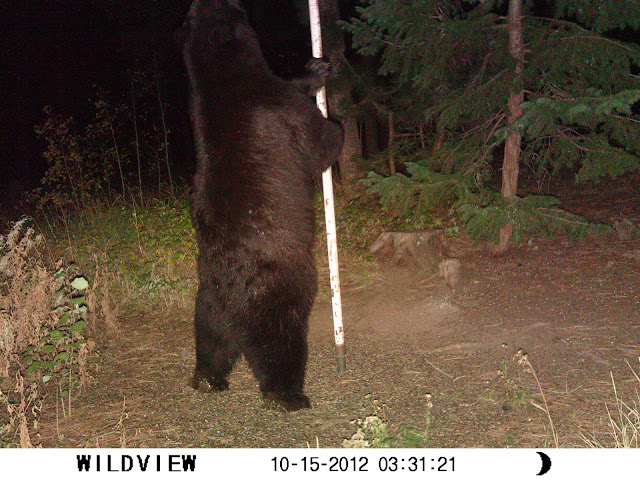 Tiny is looking good this year. He's very fat and ready for hibernation. If he follows last year's schedule, he'll keep wandering around our area for at least another month before he disappears into a den. I wonder where he goes for the rest of the year. I see him around here only in autumn. 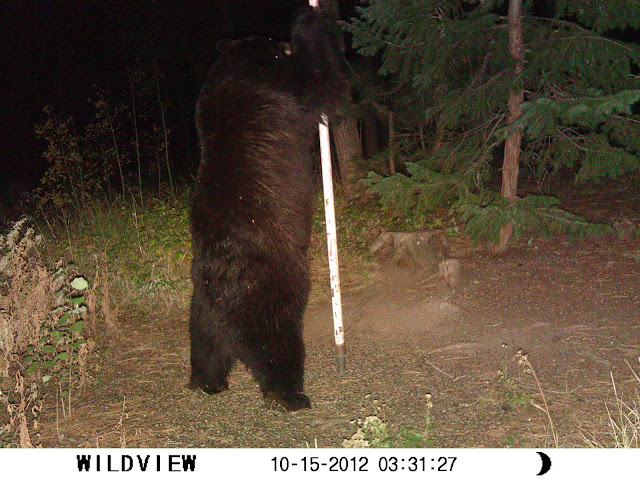 He gave up on the birdfeeders and walked dejectedly away. 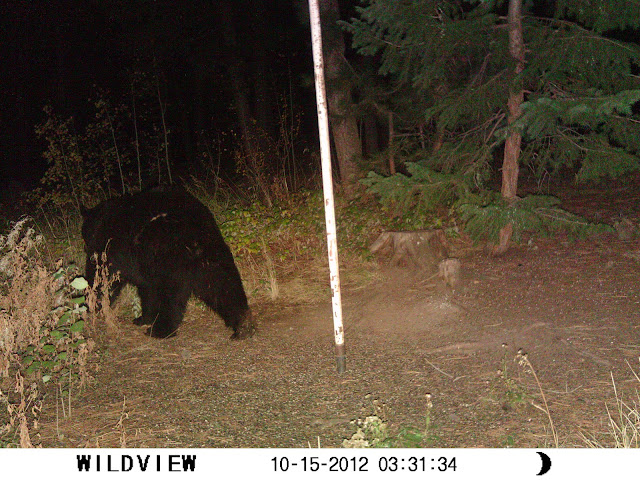 The next morning, Shyla and I were out at sunrise. She was intensely interested in Tiny's scent. After we had walked far enough away from Tiny's scent, we worked on some recalls in the sunrise light. 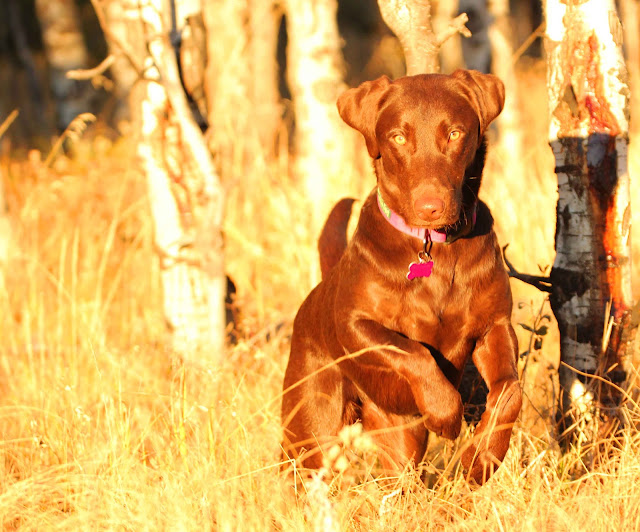 Life in the forest is always interesting!
Posted by KB at 7:11 PM