Yesterday was truly a winter wonderland. I rode my snowbike all over the forest, gazing in awe at crystal scenes like this one. I hated to even ride through scenes like this one... they were so beautiful with no signs of humans (although you can see the deer tracks on the left of the trail). 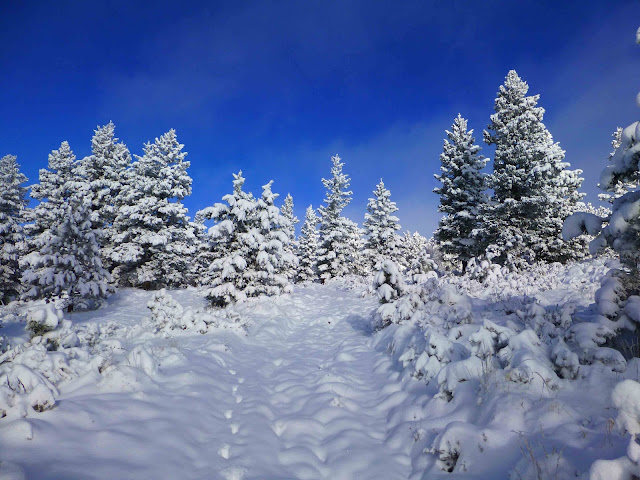 The only sound was the crunch of my snowbike tires as they compacted the fresh snow. 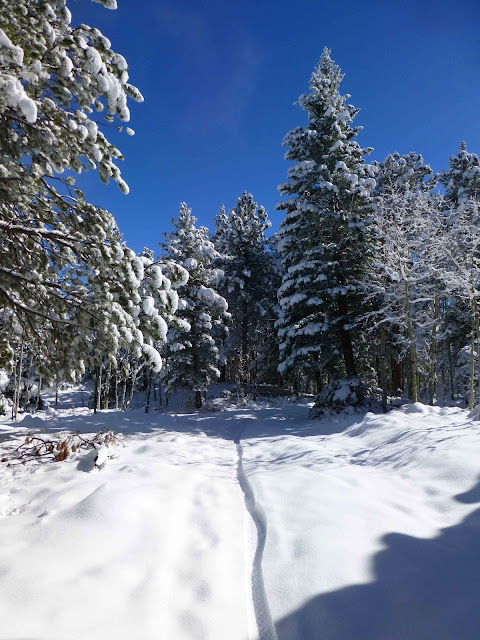 Many of you asked where R has been lately. Our normal routine is that R runs with the Runner in the morning, doing zoomies of his own. But, this morning, all four of us played together during a snowy hike. 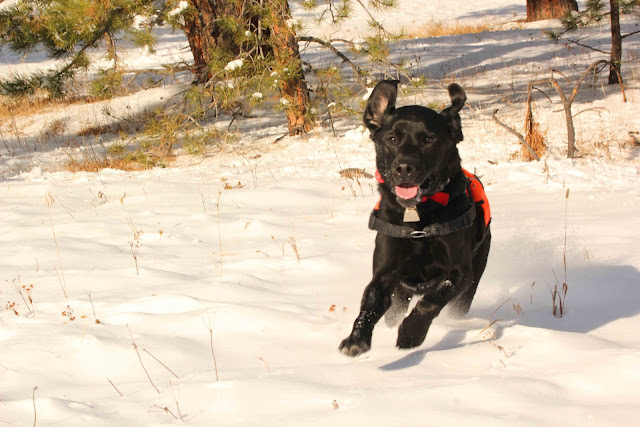 R is seeming more like himself in terms of energy. He's still about 5 lbs too light, and we're having trouble fattening him up despite an entire extra meal every day. We're trying not to think about his odd red blood cells that haven't gone away ("acanthocytes"). We and the vets hope that the bad cells will go away on their own. The alternatives are too scary to spend much time thinking about. It's better just live than to worry about what might happen in the future.

The two Labs ran in the meadow together. First away from us... 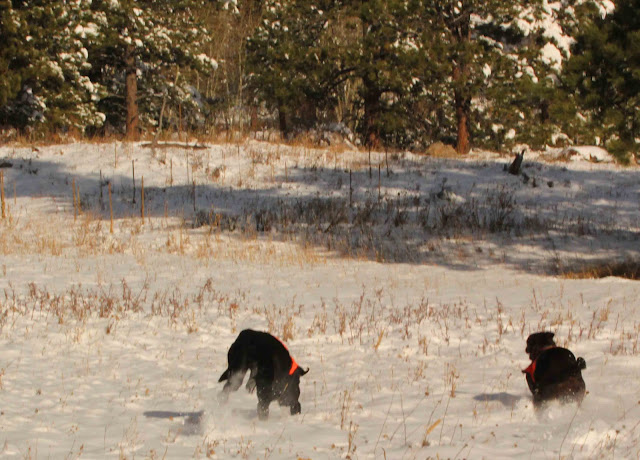 And then back to us when we called. 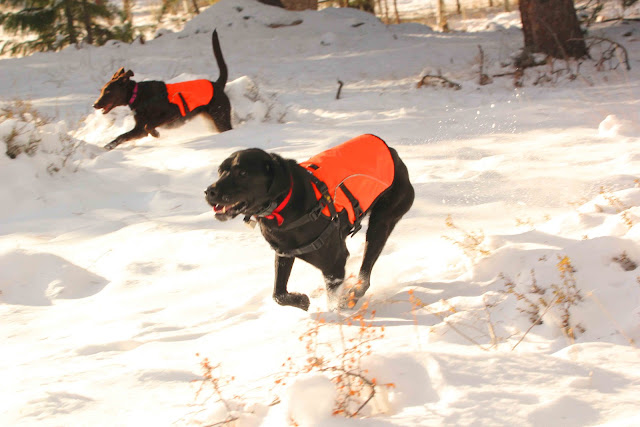 R has risen to the occasion of being a great big brother. I never visualized him in this role in the past because he's always been the youngest. Now, he leads the way on recalls during hikes, and he obliges his sister with lots and lots of playing around the house. Indeed, he even instigates some of it. Last but not least, he loves to sleep snuggled against his little sister (photos coming soon). This is a new side of R - and I adore it. His sister was her usual well-behaved but goofy self during our hike. This seems to be a favorite tail position for her when she gallops. 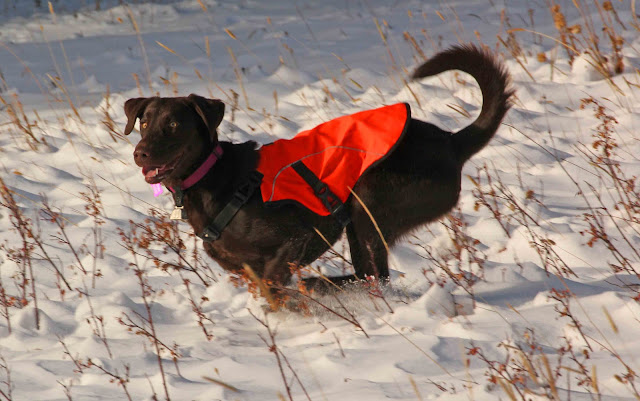 At one point, I asked Shyla to do a sit-stay while the boys forged ahead. Her eyes opened very wide as she watched the "fun" move ahead of us. Don't worry - the sit-stay didn't last long! 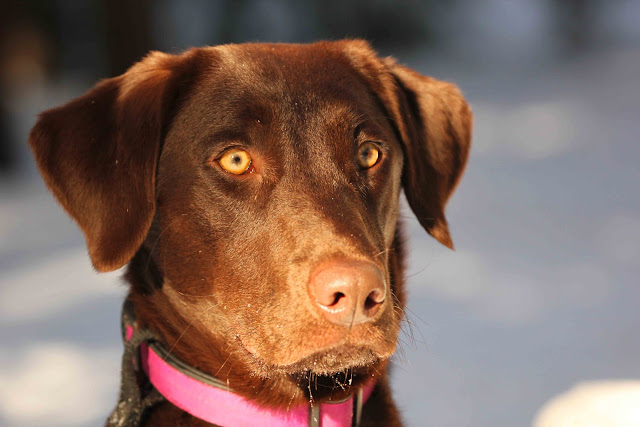 At the end of our hike (and the start of my snowbike ride), the dreaded wind began. The snow was blown out of the trees and hit my face like icy pellets. 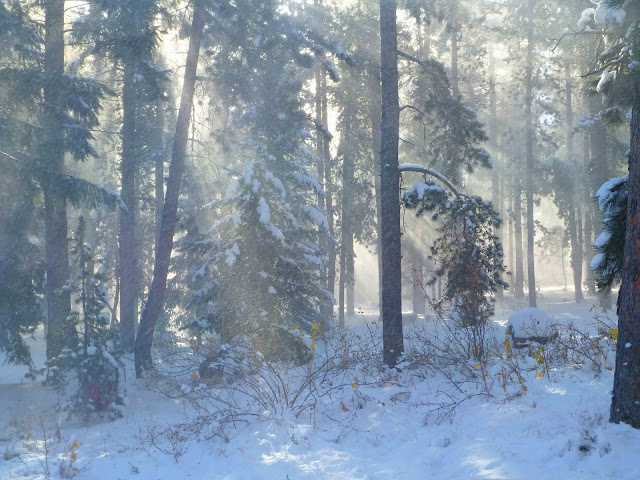 Fortunately, it didn't blow like this all the time, and I had another beautiful and very quiet snowbike ride. On the remote trails I followed, I found bear tracks, which I followed for a while, hoping that they might lead me to a den. No such luck... but it was another glorious day in Colorado.
Posted by KB at 4:43 PM