We've had a flurry of mountain lion activity lately. I believe that the mountain lions are focused on our area due to the elk herd that recently arrived. I checked one of my trail cameras and departed... 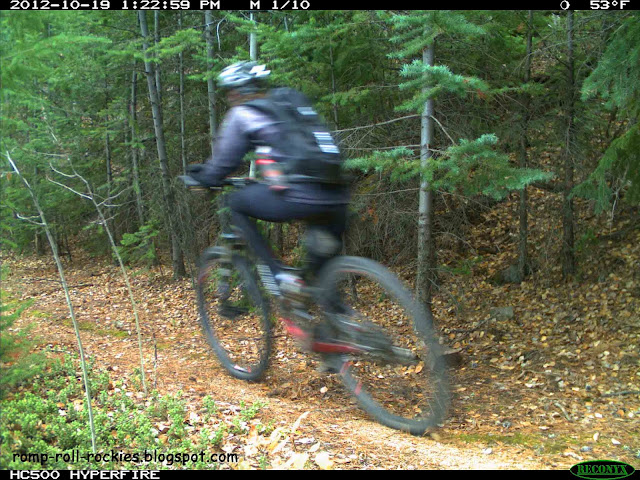 About an hour later, a lion came through, pausing to look over his shoulder in front of the trail camera. 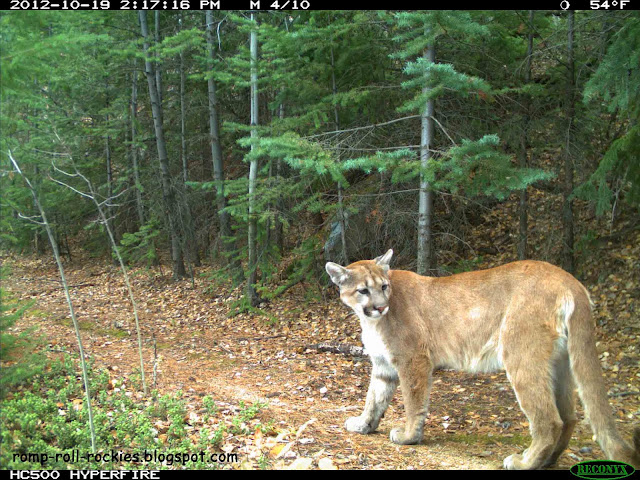 Then, he sniffed the base of a bear tree. 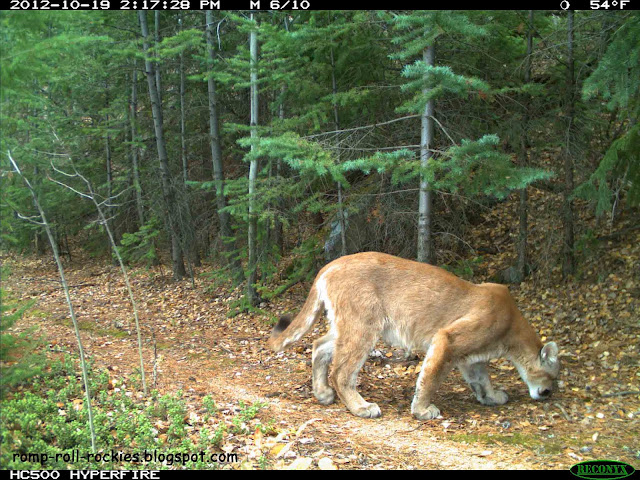 More sniffing. I liked this photo because of the elegance of his long flowing tail. 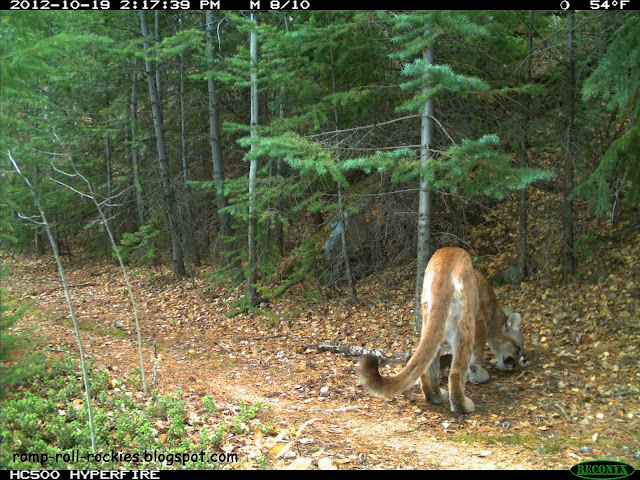 After thoroughly sniffing the area, the mountain lion wriggled on his back. I hadn't ever visualized mountain lions being so goofy until recently. 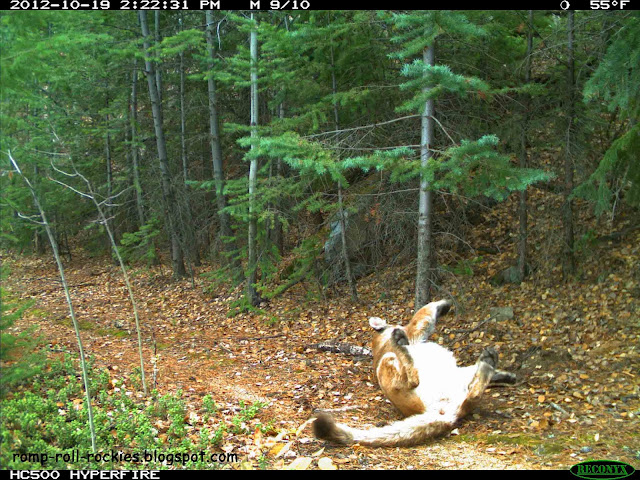 He continued his antics for almost a minute, and then stood up and shook, as shown in the next photo, just before departing. 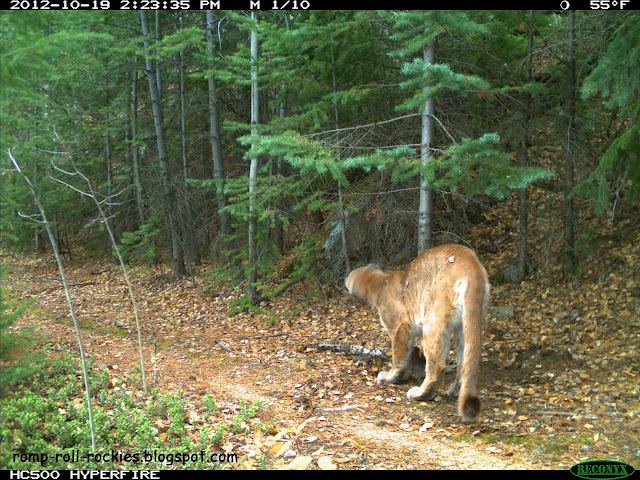 In the following 10 days, many visitors marked the same spot, include coyotes and bobcats. Then, another mountain lion arrived. I'm calling both lions "he" because it's nearly impossible to definitively tell the difference between males and females from photos. However, I suspect that the first mountain lion was either a young adult or a female, based size and coloring, and that this second mountain lion was a male. 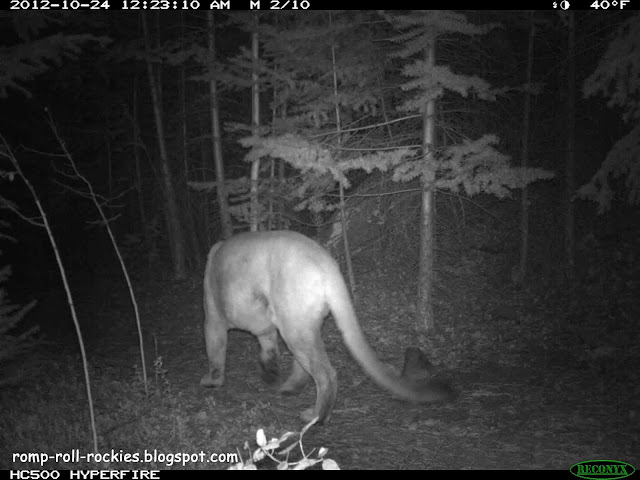 He turned and sniffed the area where the other mountain lion had wriggled. 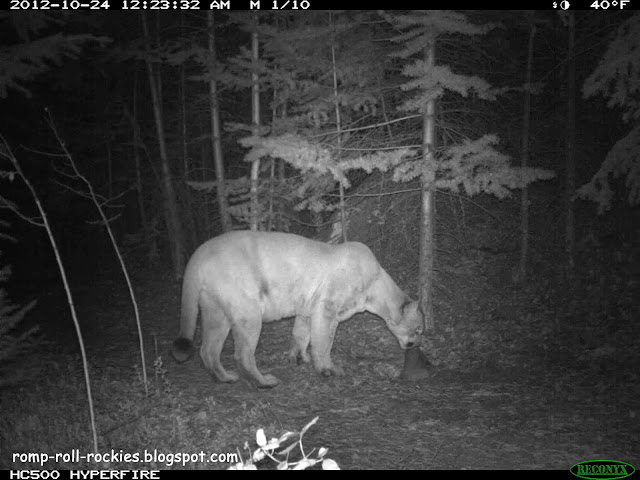 And then he dove into the scent. 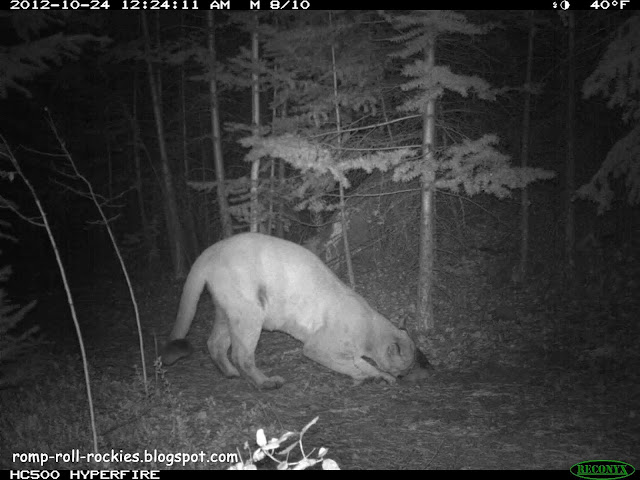 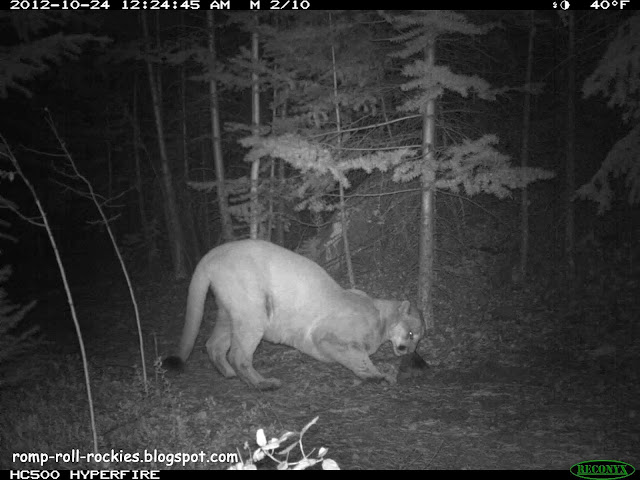 Finally, he rubbed the side of his face on a rock near that spot, before he too departed. 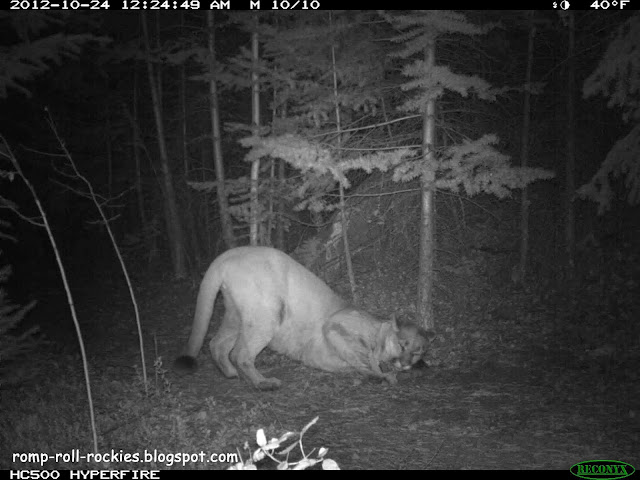 I'm not sure what I'm seeing here... but, as I said, I wonder if there's a female "in season" in our area, leading to far more marking behavior than I've seen in the past.

I also noticed that there were numerous "scrapes", where the lion had kicked back with his two hind paws and then urinated, in the area of my cameras after the second lion's visit but not after the first one's visit. That strengthened my guess that the second one was a male because they "scrape" far more extensively than females.

Mountain lions can have kittens all year long, and many do have them in the winter. So, it wouldn't be too surprising if a female were in heat now.

After all this big cat activity, I'm trying to be extra aware of my surroundings when I'm out in the woods. Today, a deer watched me and Shyla walk through the forest shortly after sunrise. 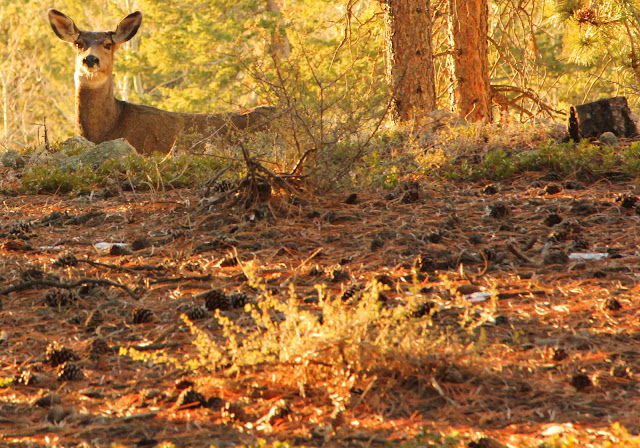 It was Shyla who alerted to me to the doe's presence when her nose started sniffing and then she looked intently at the deer. Believe it or not, she didn't even think about chasing the deer. 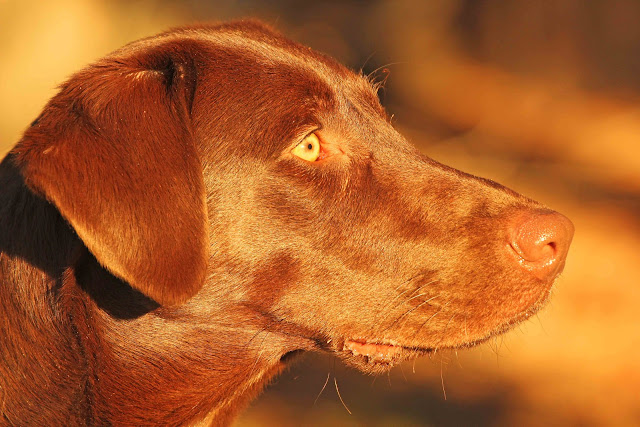