A female mountain lion traveling in daylight to find a mate

The female mountain lion who killed a deer on the edge of a meadow was continuing her daytime travels up to the day that she killed the deer. I am guessing that she killed the deer in daylight. With people nearby, that was a stunning move. (Before you get worried, let me say that she seems to have stopped her daytime travels now... having achieved her goal).
This is a fave trail cam spot for me. It's a small clearing about 30 yards from a trail. It's not a busy trail but it's one that I use frequently. The clearing is not visible from the trail but it is possible for an animal to see/hear movement on the trail from the clearing.
She entered the clearing with her nose down. I think that she was sniffing a bobcat scrape. It's also been a scrape (scent marking) site for lions in the past. 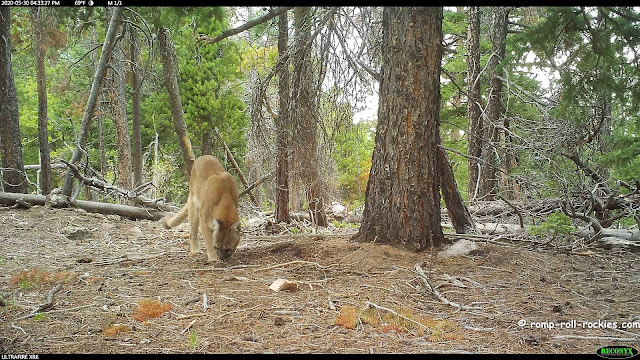 Very quickly, something caught her attention out toward the trail. 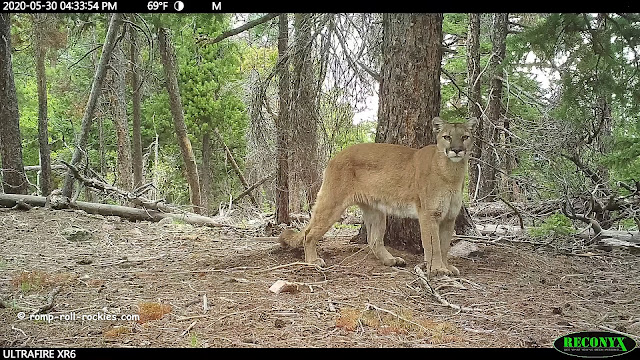 As she watched or listened. She decided to sit next to the tree. She sat there for almost two minutes. 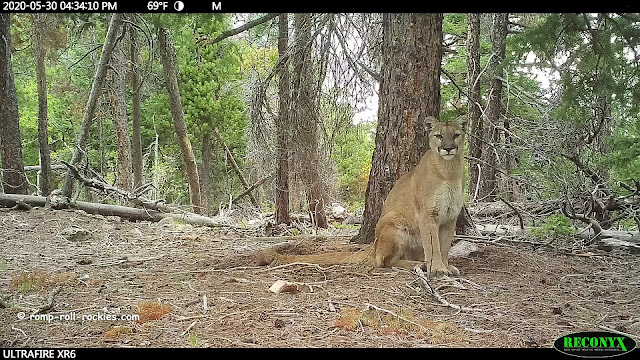 Then, she got concerned enough to depart quickly. My cam only got this moment in photo form. It was restarting the video recording at that instant. 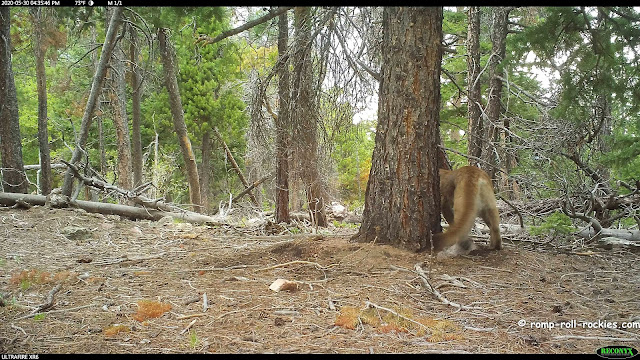 Just a couple of days later, the lion visited another popular lion site in the early evening. It is also close to a trail. I loved how the bright sky behind her turned her into a silhouette. 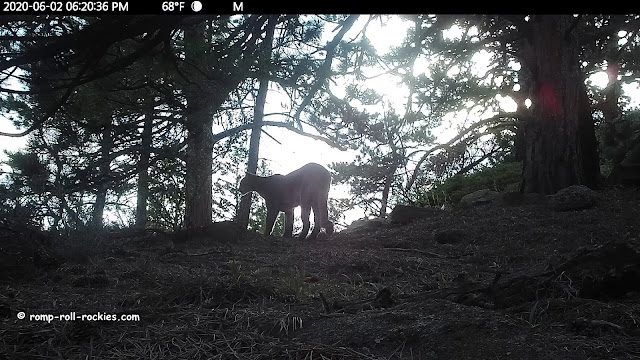 It was near here that she eventually found a mate. But first, she killed the deer in the meadow. A busy lion...
Check out the video if you have time. It's very zen to see this lion moving so slowly and calmly. She knows that she's the queen of the forest.
Posted by KB at 2:00 AM