Prince Hachi had another good week. Shyla and I ran into Hachi and the Runner atop Hug Hill. I have recently taught Hachi the "paws" cue which means to plant his front paws where ever I point and stay. He did it well on Hug Hill, although he seemed nervous to me. 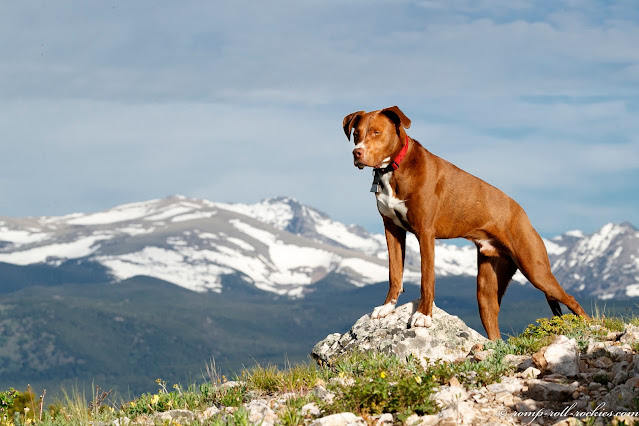 Then I called him, and he showed his young dog flexibility as he crossed his front limbs while accelerating toward me. 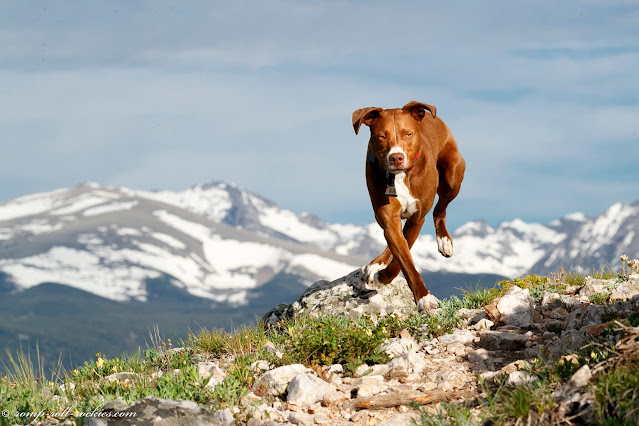 Hachi has a daily rhythm. He wakes up very relaxed and super happy. He sprints between me and the Runner, trying to sneak up and playfully ambush us while we get breakfast and do other morning chores. During his morning run, he's more likely to be outgoing with strangers than later in the day. As the day goes on, I can feel his anxiety and fear rise. They are at their highest point during our evening hike.
Our behavioral vet says that this pattern is not uncommon for dogs like Hachi. Without knowing that, I chose early morning as when I do my daily play session with Hachi way back in December (we've stuck with it for SIX months!). Now, I am thinking that I should consistently have another play session later in the day to see if it can change Hachi's state of mind.
Playing is the most fun form of therapy for a pup like Hachi. I think that he and Shyla were just about to play in this next photo! 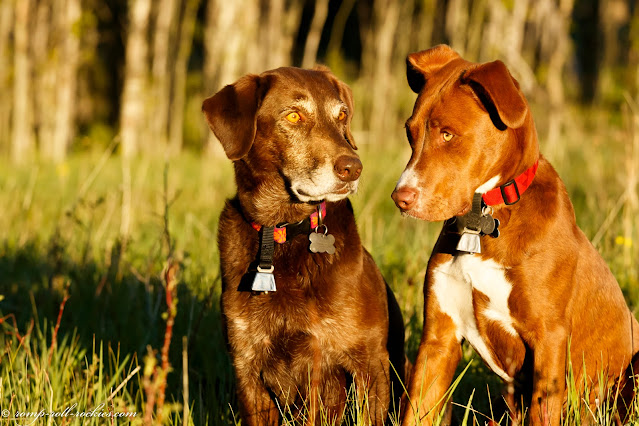