Not all of the cool stuff at a deer carcass involves large mammals. While the animals ate the deer that was recently killed by a mountain lion, some bird behavior was super cool.
A Turkey Vulture showed up at the kill along with the magpies, ravens, and crows. A Turkey Vulture is many times bigger than a magpie so the magpies resorted to sneaky tricks to get the bigger bird to leave. They pestered him by pulling on his tail feathers. We saw this once before when magpies pulled on the tail feathers of a Golden Eagle at an elk carcass this winter.
A courageous magpie sneaked behind the Turkey Vulture and pulled on a tail feather. Look closely - you can actually see it happening here. 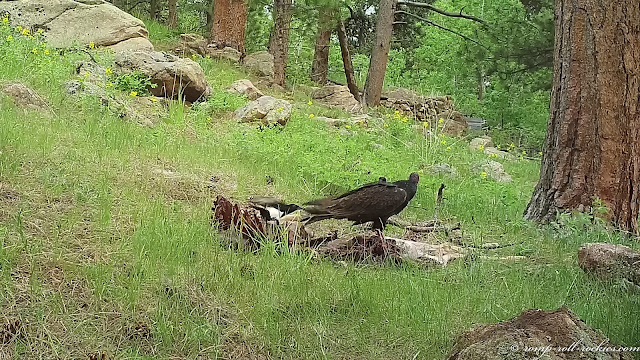 After that, the vulture was paranoid about the magpies. He repeatedly tried to scare them away by flapping his wings. 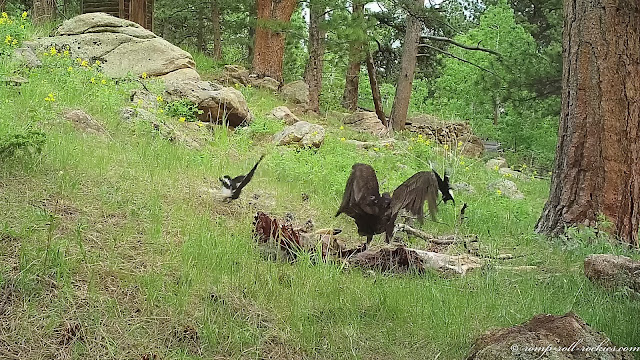 This pestering seemed to work. The vulture didn't eat as much of the carcass because he was watching the magpies, and it seemed like he finally departed to get away from the magpie pests!
The more that I watch magpies, the more I like them. They are feisty creatures.
At the same scene, two ravens seemed to do a "bow and click" dance. It looked synchronized which made me think at first that they were friends. But, it turned a little antagonistic. One of them flew away while one remained to eat. 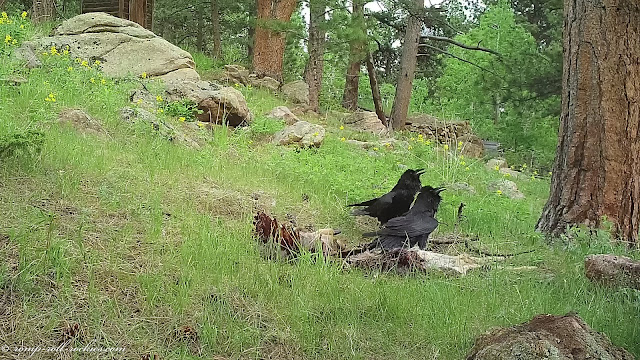 I think that it's super cool that birds can work out their differences in such ritualized non-physical ways.
Check out the video if you have time.
Posted by KB at 2:00 AM