Mohawk is our main sow. Black bear sows mate with multiple males every spring. She was with Tiny a couple of weeks ago, and I've discovered that she found another very large male bear.
I've seen this guy before but I never have found one recognizable feature to help me to identify him. It turns out that he is missing his left eye (probably due to an injury). You'll see that his eye is missing in a close-up of his face in a future video where he interacts with Tiny. Due to his missing eye, I dubbed him "One-eyed Jack".
One-eyed Jack started out a recent morning soaking in the tub. He soaked and soaked for about 10 minutes. 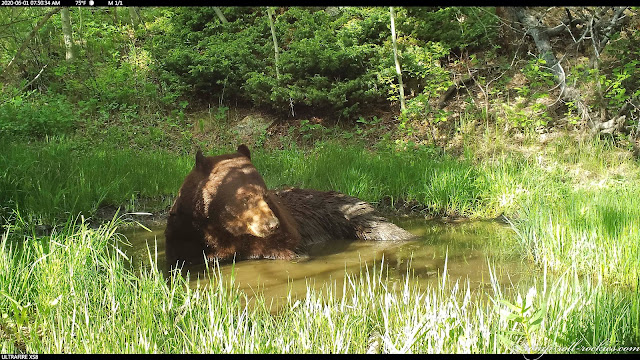 He took short breaks from his bath to mark a nearby tree. 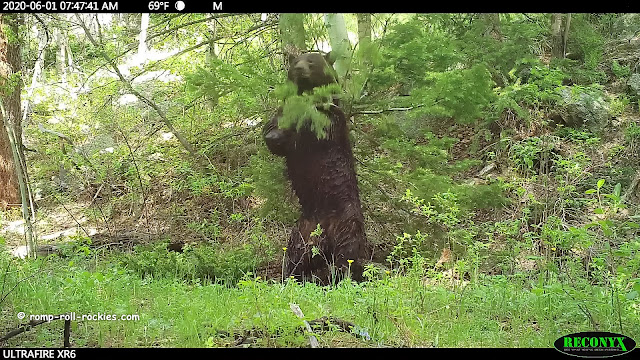 It seemed like a wonderful start to his day. 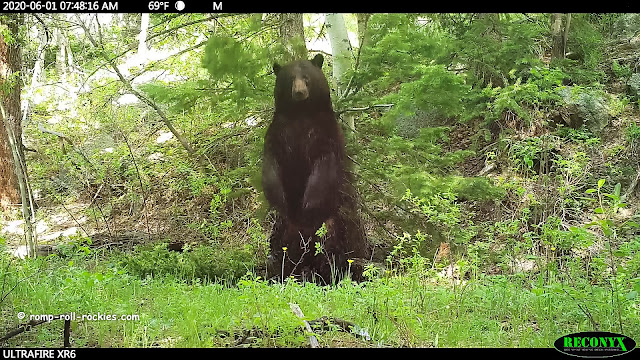 One-eyed Jack's day got even better. About an hour after he finished his bath, he returned to this spot with Mohawk! She led him around the forest for a couple of days, like she does all of her beaus. Mohawk is definitely the leader in these relationships.
My cams saw that they spent at least two days together. This is such a fascinating time of year for observing bears. Check out the video if you have time.
Posted by KB at 2:00 AM